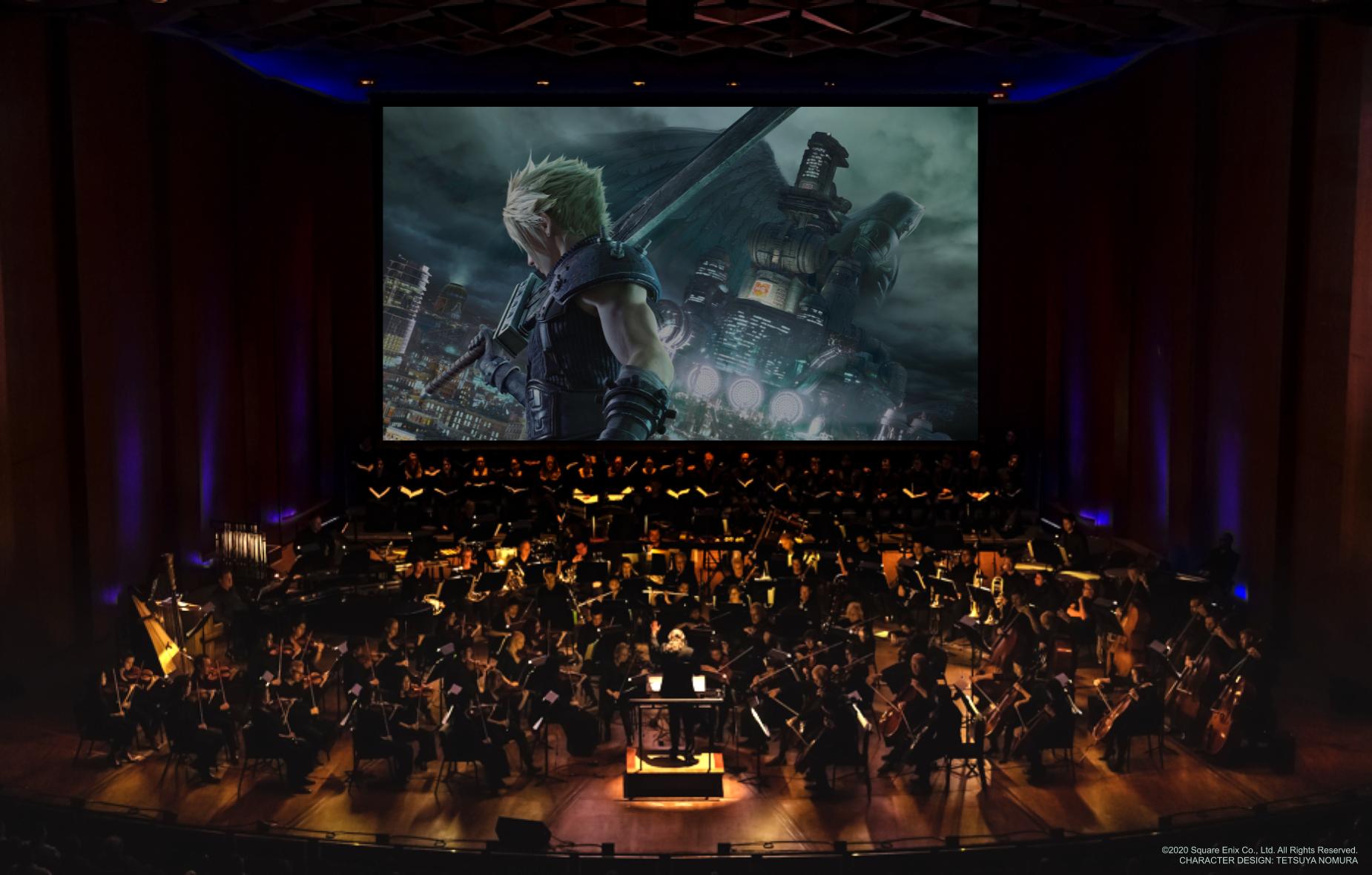 A reader reports back from the Distant Worlds spin-off and describes how it was for someone that hasn’t played Final Fantasy 7 Remake.

Last Sunday saw the return of Distant Worlds: Music from Final Fantasy at the Royal Albert Hall. However, I should address this iteration by its official title of Final Fantasy 7 Remake Orchestra World Tour, as it acts as a spin-off of the original, with the same producer-conductor (Arnie Roth) and utilising the same orchestra and choir as on previous occasions (the Royal Philharmonic Concert Orchestra and Maida Vale Singers, respectively).

Originally pencilled in for October 2020, then postponed to June this year, before being delayed further by three months, it had been a long wait for fans of video game music, such as myself, to finally congregate and soak in nostalgia. In fact, demand had become so high that a 2pm matinee performance was added to prevent disappointment.

Of course, it was a great performance and worth the money to attend, even if you can only afford the cheaper seats with restricted viewing. The highlights of the evening for me would have been hearing the powerful vocal talent during the performance of Hollow (Ricardo Afonso, as seen on The Voice UK eight years ago and making a successful stage career ever since) and hearing a collective sigh during the encore performance of Aerith’s Theme, followed by cheering when the expected One Winged Angel followed.

An honourable mention should also go to the meticulous quality of the cosplay on display, from some of the audience after the event. However, there was one thing that was plaguing my mind long before the event, and it was more to do with myself.

I had played the original Final Fantasy 7 soon after its original launch and was invested enough in its universe that I bought the original soundtrack (realising later that it was a very convincing bootleg from Taiwan). But college came, then university and working my way to becoming a real-life Professor Hojo (still in progress). My gaming experience over the past decade has declined significantly to casual mobile apps whenever I have the time, and so Remake is too far out of my reach and I barely know anything about it. Was I going to miss something in this concert that is plainly obvious to everyone else?

The majority of the music performed was similar to what I had experienced before, excluding the odd flourish here and the lack of bell there (used prominently in the original). But it was when Tightrope and Words Left Unheard were played that I was experiencing the unknown, my instinct being to concentrate and pick out the finer details in the music to find the meaning. That was when I felt more involved, encouraged to seek out and learn more about what else I am missing with the expanded storyline.

Previously, I complained that Distant Worlds was becoming overfamiliar and that it needed more obscure pieces from Final Fantasy 7 to flesh out the game’s universe. Hearing Jessie’s Theme for the first time, it struck me: this was that obscure piece. The Aerith vs. Tifa argument is a common discussion amongst fans, but right there was this whole new angle expanding on someone who was a bit part in the original game. The orchestral arrangement accompanied by specific cut scenes displayed on screen enlightened me to consider a third female protagonist that I now truly felt for – a third option in my mind over who I should date, come the party’s visit to the Gold Saucer (I know…).

To conclude, I hope that you agree with me that this pandemic over the past 18 months has closed our horizons, forcing us to stick to restrictions and routine. As the world opens up gradually, I think we need to be reminded once more that we need to embrace the unknown and take advantage of opportunities that come our way. Distant Worlds returned to London at the right time and I hope that when the sequel of the Remake Orchestra World Tour arrives, I’ll be fully confident to again delve into the unfamiliar.

With that, I thought it would be considerate to remind those who enjoy live performances of video game music at the Royal Albert Hall that the Royal Philharmonic Orchestra will be performing Video Games in Concert on the 2nd June next year, as part of their 75th Anniversary season. With them on board, I can’t see it being long before we see something in the BBC Proms.