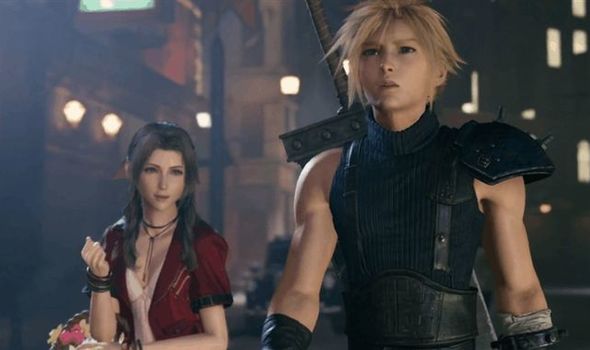 Final Fantasy 7, the long-awaited remake of the 1997 PlayStation classic, has been delayed by a month. But could that be better for long-time fans?

The game was originally due to launch in less than two months, on March 3 – but now won’t hit store shelves until April 10.

The game’s producer, Yoshinori Kitase, said that the game was delayed in order to add “extra polish” – which can only help the chances of the game launching in better shape.

Famously, The Last Of Us (widely-regarded as one of history’s finest games), only came together in terms of quality after a short delay according to staff working on the game – before launching in June 2013 to critical acclaim.

Not only is Final Fantasy 7 expected to be a better game because of this delay, but hardcore fans that have been holding out from pre-ordering now have more of a chance to grab GAME’s exclusive pre-order bonuses.

The retailer is offering the adorable Chocobo Chick Summon Materia in-game and physical Avalanche and Sam’s Delivery Service patches for free with the Standard Edition or the Deluxe Edition (which also includes an art book, steel case, and a soundtrack CD along with extra digital goodies).

Believe it or not, you may be able to play the game before the new release date of April 10 – if a recent leak from Gamestat is to be believed.

This handy site lists PlayStation Store content before it goes live, and correctly identified the existence of Resident Evil 3: Remake last month – and it looks like Final Fantasy 7 Remake will be getting a playable demo.

Allegedly, said demo was due to release on the same day as the game itself, but there’s always a chance that it’s released earlier to appease fans itching to return to Midgar before April.

Speaking of Midgar, this Remake is focused on the first area of the original game, with subsequent releases adding the rest of the story – although, given the release date’s proximity to that of the expected PlayStation 5, there’s a good chance it’ll appear on Sony’s next console.

Originally revealed at Sony’s E3 2015 conference, following years of speculation, the project went quiet for some time – finally resurfacing on a PlayStation State of Play broadcast in May of last year, before getting a deeper look at E3 2019.

It wasn’t the only delay announced by publisher Square Enix yesterday, with the company also pushing their upcoming Marvel’s Avengers title (from Tomb Raider developers Crystal Dynamics) back to September 4, 2020.