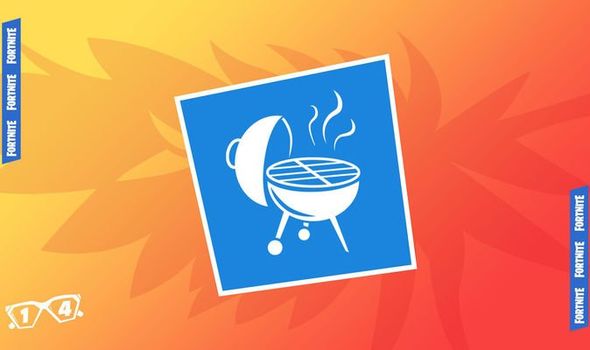 Finding Grills in Fortnite is the latest craze and is also the next challenge during Epic Games’ 14 Days of Summer event.

And the added incentive is that you might want to complete it before the next big Fortnite update drops.

The good news is that Fortnite update 9.30 is scheduled to land tomorrow, July 9.

Epic Games confirmed as much on Twitter, telling gamers that they would not need to wait around.

That’s because tomorrow’s patch will not require downtime or maintenance of the servers.

It’s great news for fans who are busy working through all the 14 Days of Summer challenges available.

Less disruption is always best when tackling event like these, but it should be noted that downtime and maintenance are expected to come back next week.

Timing wise, tomorrow’s Fortnite update is expected to land in the early afternoon in the UK and the morning in the United States.

From the hints shared by Epic Games, it appears we will be getting a new explosive item to play with.

In what could turn out to be the final update of Season 9, Epic is expected to launch the Air Strike item.

Based on leaks discovered in a past Fortnite update, the Air Strike will provide “elimination from above”.

It will also feature in the Week 10 challenges, where players will reportedly be tasked with using an Air Strike in three different matches.

Here’s the latest teaser message from Epic Games for tomorrow Fortnite update: “Get ready for an explosive time when the v9.30 Content Update #3 lands tomorrow, July 9 at 8 AM ET!”

“There will be no downtime.” 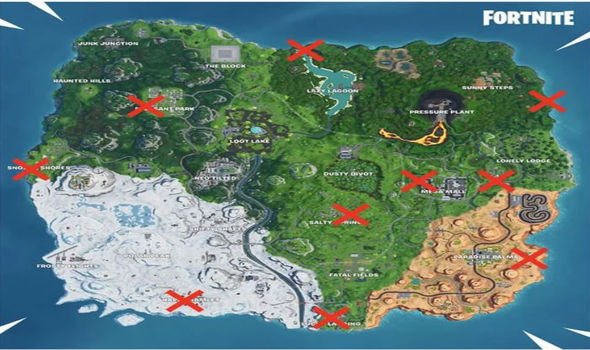 As mentioned above, the new patch will land at around 1pm, BST, and will be accompanied by patch notes.

The latest challenge to take on this week includes destroying grills with the Low ‘n’ Slow Harvesting Tool.

This challenge requires players to have completed the July 4 Fireworks challenge first.

Launching fireworks found along the river bank unlocks the Low ‘n’ Slow Harvesting Tool, which can be equipped in the customisation menu.

Once you’ve got the Low ‘n’ Slow Harvesting Tool equipped, you’ve got to destroy seven of the grills scattered across the map.

If you’re struggling to find the grills, just take a look at the map above for a look at where they’re located.

Another big bonus of the current Fortnite Summer event is being able to use unvaulted weapons and items.

These weapons are available for 24-hours, meaning only short time out of the vault before they return.

In Battle Royale, each day has featured – A weapon unvaulted for 24 hours only, A new LTM to play, a daily challenge and free reward, new outfits and more in the Item Shop.