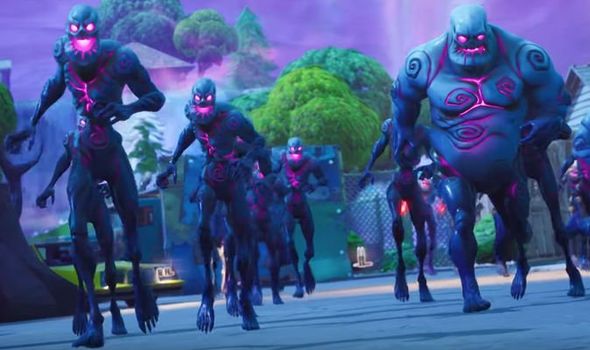 Fortnite update 10.10 has been released by Epic Games.

As Fortnite goes offline for server maintenance, Epic has released the patch notes for the big new 10.10 update.

The new update makes a number of significant changes to Battle Royale.

This includes tweaks to the much maligned BRUTE mech, which can no longer be used to traverse the map faster than intended.

BRUTE’s have also been given a new targeting laser, which aims to give clarity to all players on where a gunner is aiming their rockets.

Needless to say, it’s visible by enemies and teammates.

Fiends can drop weapons, consumables or ammo upon being eliminated, and won’t leave Retail Row.

The full list of update 10.10 patch notes can be seen below…

• In the event that two teams collect the same amount of coins, the team that was faster will win.

• Unvaulted only in the Sword Fight Squads and Duos LTMs:

• Increased the number of resource stacks contained in Chests in Tilted Town from 1 to 3.

• Added a targeting laser that appears as players load and fire missiles.

• In addition to the B.R.U.T.E.’s gunner, this laser is visible to opponents and teammates.

• This is to help give clarity to all players on where a gunner is aiming their rockets before they’re fired.

• Improved visual and audio feedback during the self-destruct sequence.

• B.R.U.T.E.s can now be entered directly from glider mode.

• B.R.U.T.Es will now spawn intermittently throughout the match instead of waiting for Storm phases to end.

• B.R.U.T.E.s abandoned in the Storm will self-destruct after 30 seconds.

• B.R.U.T.E.s will reappear on the minimap after 15 seconds if no player is in either seat.

• Fixed an issue in which opponents’ B.R.U.T.E.s would sometimes not be visible.

• B.R.U.T.E.s can no longer be used to traverse the map faster than intended.

• The turn rate of B.R.U.T.E.’s turret is no longer framerate-dependent.

• A Rift Zone has replaced the Mega Mall POI with Retail Row.

• Fiends may drop a weapon, consumable, or ammo upon being eliminated.

• Chests and ammo containers will now open when destroyed.

• Known issue: Destroying a Chest or ammo container by destroying the object it is placed on will not open it.

• The Week 1 and Week 2 Hidden Battle Stars can now be collected.

• Fixed an issue in which the Bush would reset its displayed equip timer if the player tried to activate it multiple times. (Players would still be able to equip the Bush at the intended time, but the displayed timer would be incorrect.)

• Fixed an issue in which Supply Drop smoke would not appear if the box was not in sight.

• Trees no longer turn into different kinds of trees upon being damaged.

• Fixed an issue in which Chests would sometimes already be broken or opened at the start of a match.

• Pushed a fix on August 5 to address an Arena matchmaking issue causing players to be matched within a wider Hype range than intended.

• Because players are now matched within a narrower Hype range, some players may experience longer queue times. This is to ensure higher-quality matches.

• Fixed an issue involving Chests being unopenable in Tilted Town.

• Further improved performance to reduce the chance of players landing on POIs with a low level of detail.

• Added mud smears, wear and tear, and a brighter outline.

• These changes were added to prevent this Outfit from providing a camouflage effect in certain areas of the map, which was making it very difficult to see.

• All players who previously purchased this Outfit will have the option to refund it without using a Refund Token if they choose to do so.

• Note: This refund option will be available for 30 days, with the timer starting after your next login.

• Improved the visuals of the Emotical Wrap on weapons.

• Enabled reverb on PlayStation 4 and Xbox One. 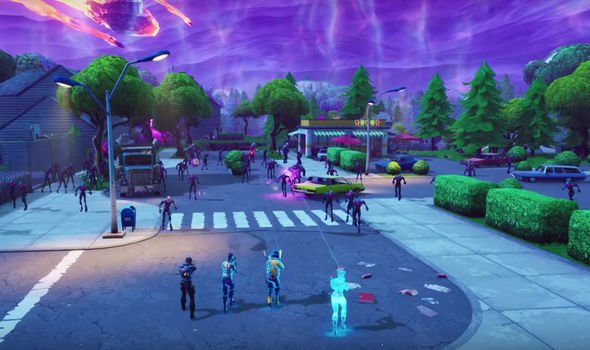 • This system displays tips to players during matches. Each tip appears in situations it is most relevant to.

• The tiles for completed Missions no longer display “0%” and are no longer missing a check mark.

• Suggested Challenges on the map screen no longer take up the entire space or show level-up Missions.

• The tiles for Limited Time Missions no longer display “Soon” when it should display the time remaining.

• In the Battle Map camera mode, the tracking now smoothly follows the path instead of jumping large steps.

• Changing the options for the Battle Map camera mode no longer resets the camera placement.

• Battle Map no longer switches to a third-person view when the Battle Bus launches.

• The system can be managed in the device settings or in-game settings to toggle “On” and “Off.”

• Safe zone will be respected on iOS X devices on the Battle Pass page.

• Auto fire will now be applied to players with a Bush equipped.

• Teammates and Quickbar HUDs will be displayed when spectating.

• “Quit” button has been removed on the log out screen.

• A single tap is needed to open the Map after it has been closed with ”X” at the top of the screen.

• “Push To Talk” button is back while on the Battle Bus.

• Resolved a crashing issue that would occur when leaving the game in the background after completing a match on Android.

• Resolved a crashing issue that would occur when the device was put in sleep mode for more than 10 seconds on iOS.

• When players are selecting a match mode, no secondary selection border will appear.

• The “Decline” button in the HUD layout tool will correctly remove any changes made.

• The “Show Help” button will dismiss when entering the Battle Bus.

• The Item Shop page will be centered for devices in 4:3 resolution.

• The “Quick Heal” Button will not appear when players are in a Downed But Not Out state.

• Pressing “X” on the Map to close it won’t disable right-stick functionality for the ‘Razer: Raiju’ controller.

• Keyboard’s text box won’t stay on screen after locking and unlocking the screen while writing a gifting message on Android.

• We’ve made graphical improvements in the following areas:

• View All Rewards screen from the Battle Pass

• Updated to look the same as it does other platforms.