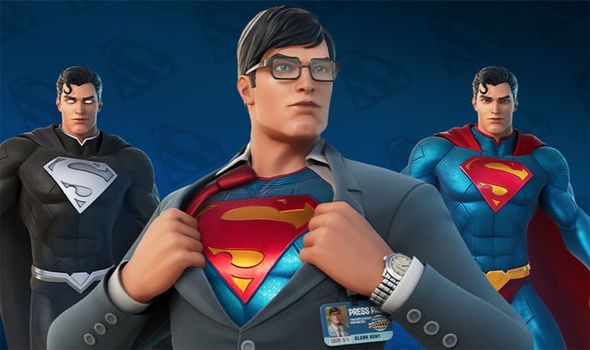 Fortnite developer Epic Games has finally added Superman to the game, ten weeks after the launch of the latest season.

Following in the footsteps of guest characters like Neymar, Superman is this season’s special unlockable skin.

Unlocking the Clark Kent and Superman skins are a little different compared to other rewards available with the Battle Pass.

Instead of unlocking stars and purchasing the items, fans will need to complete specific challenges set by Armoured Batman, Beast Boy and Clark Kent himself.

“With the Alien invasion, few are better to help save the day than the Man of Steel himself,” Epic explains.

“Fortunately for the Island, his Battle Pass Quests are now available, revealing a mission to restore Clark Kent’s memories and unlock his heroic Set. Suit up as the iconic Kryptonian starting today.”

Unfortunately, at the time of writing, some of the characters aren’t actually appearing on the island. The good news, however, is that there’s a workaround.

“We’re investigating reports that the Characters needed for Superman’s Quests are not appearing on the Island,” reads an Epic post.

“We’ll provide an update when we have more info.”

If you want to unlock the Clark Kent skin and rewards, you’ll need to visit a phone booth.

As you can see from the video below, players can receive quests from characters such as Beast Boy and Armoured Batman at payphones.

Completing the payphone quests is the same as visiting the characters in person, which means you can still unlock the rewards.

You can unlock the Clark Kent Outfit after five quests, followed by the Daily Planet Back Bling by by gliding through three rings.

– Begin helping to see what happened to Clark Kent’s memories. Unlocks the Call to Action Emoticon.

– Clark Kent digs deep to illuminate his past. Unlocks the Superman Shield Spray.

• GLIDE THROUGH 3 RINGS AS CLARK KENT

– His powers begin to return. Unlocks the Daily Planet Back Bling.

• USE A PHONE BOOTH AS CLARK KENT

– His powers are back, thanks to your help. Go to a Phone Booth to suit up!