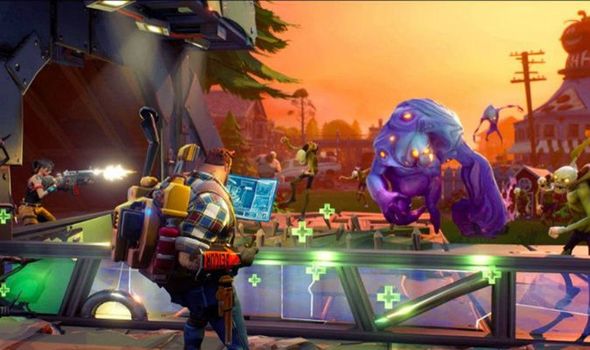 Fortnite Save the World gamers have been waiting for a big update, and it appears they might be getting it with Season 11.

Rumours today suggest that Fortnite Save the World might be going Free-to-play during Season 11.

This stems from reports that Save the World is no longer available to buy from Digital Store Fronts.

And there are also rumours that Save the World is coming to Nintendo Switch, alongside PC, PS4 and Xbox.

If you head over to the official Microsoft Store, it now reads: “Fortnite: Save the World – Standard Founders Pack is currently not available.”

However, while this all seems like positive stuff, it should be noted that Epic Games have not confirmed their plans yet.

We don’t even know when Fortnite Season 11 will be launching on all major platforms this week.

It seems certain to happen soon since the game is currently offline and unavailable to play.

It would also fit in with Fortnite Save the World being removed from digital storefronts.

But until Epic Games confirm their plans, it will remain rumours for the time being.

Epic Games announced last year that while they had to delay the launch of Save the World free-to-play, it will be made available in 2019.

But first, the development team want to add new features, rework parts of the game, as well as beef up the backend system to deal with the added demand.

Some of these have already been made part of the game, although recent roadmaps for the game have been delayed.

Epic Games have been in no rush to make the big switch to free-to-play.

“Save the World has grown consistently since our launch in July 2017, and Fortnite overall has experienced unprecedented growth,” Epic Games explains.

“Scaling up for the legions of player heroes who will be joining the fight is key to providing an excellent experience. This applies to all of our players, old and new, so we’re taking the time to get this right.”

Save the World is expected to go F2P during 2019 on PS4, Xbox One and PC. Epic Games has also ruled out the original Fortnite mode being released on mobile platforms, like Battle Royale.

Other changes made recently to STW is the launch of X-Ray Tickets, something that didn’t affect Founder Members.

Here’s more from the Save The World team, who confirmed at the time: “We’re introducing a new currency type in v9.40 for non-founding Save the World players that we’re calling X-Ray Tickets.

“X-Ray tickets will replace V-Bucks for all non-founding players and can be earned by taking part in quests, missions alerts, and daily login rewards.

“You’ll be able to use this currency exclusively on X-Ray Llamas within Save the World and does not cross over into Battle Royale.

“Redeeming tickets for an X-Ray Llama will consume your X-Ray Tickets before using your V-Bucks. If your account does not have enough tickets, it will then swap to using V-Bucks for the purchase instead.

“This change gives non-founders the ability to continue progressing smoothly through the game, while gradually building up their power and collection just by logging in and playing.”

The end of Fortnite Season 10 would make for the perfect time to launch a more unified Fortnite experience but we will have to wait for official updates from Epic Games.