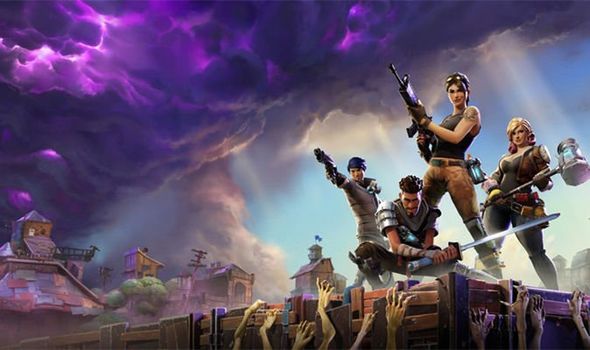 Fortnite Save the World is available to buy again on digital stores and has not yet become free-to-play.

Epic Games announced some time ago that they are set to make it a free download like the popular Battle Royale mode.

This would be after some big changes had been made to the game, some of which have now been implemented.

And fans were hopeful of something big happening in the game along with the Fortnite Chapter 2 update.

STW became unavailable to play and buy from digital storefronts at the same time Battle Royale saw its blackout.

So with the timing in place, it made sense that Epic Games could move to relaunch Save the World in a big way.

However, when servers went back online, nothing anywhere as big as this was revealed by the team.

Save the World gamers did get an updated roadmap for much of the rest of the year, with no sign of a F2P launch.

A lot of changes have been accounted for during the rest of 2019 and it appears there won’t be room for the game to become a free download.

This is what is happening beyond the November 12 roadmap that Epic Games has shared:

Prepare for battle, Commanders! Get ready to take on the Storm King in the most challenging battle that Save the World has ever seen. This fight features new mechanics, new challenges, and a daunting enrage timer. This fight will put even the strongest players to the test. Those who are able to overcome this challenge will have a chance to earn…

Wield the power of the Storm King!. These unique weapons represent the Storm King himself, both visually and in power. Each weapon has a unique perk that unlocks special behaviors, right from level 1. Shoot homing projectiles for insane headshot streaks, charge your weapon to unleash a devastating chained laser blast, or summon meteors from the sky to smash husks into oblivion!

These weapons drop exclusively from the Mythic Storm King. If you want to use them, you’ll have to earn them: they cannot be dropped from your Backpack.

We’ve been listening to the community’s concerns and observations of the state of the mid to high-end gameplay meta. We’ve decided to make some changes to improve the Save the World moment-to-moment gameplay experience for everyone.

From what has been shared so far, it seems that the Fortnite Save the World free release date has been pushed until 2020.

Epic Games did tease that a new feature is being worked on but there’s nothing to suggest whether this is connected to the F2P launch.