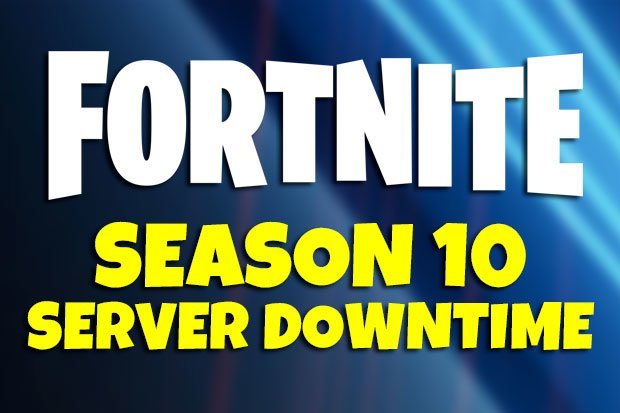 The Fortnite Season 10 countdown is on and we’re on the cusp of a brand new season of new content, battle pass skins and much more.

Oh actually we probably should have said Fortnite Season X

“Hey, it’s called “Season X.” It says it right there in the trailer. Keep up, people” he noted on the social media platform.

Speaking of Twitter, we also got another byte of info about the new Season from Epic earlier, too.

The company revealed on the official Fortnite Twitter account that the Battle Royale game would be offline ahead of the new Season going live (something most players will be used to on these Season changeover days by now).

So if you wasn’t already hyped for the start of the new season you can be now, and start planning to make room to fit the next big update for Fortnite on your PS4, Xbox, PC, Switch or Mobile platform of choice.

For those who can’t convert timezones to UK time, the above tweet means that UK players can expect the game to go offline at about 9am BST in the morning.

Typically, Season changeover downtime tends to last about 3 hours – but that can vary depending on whether Epic runs into an issues on the day.

Epic has not yet revealed exactly how long the game will be offline for on the day.

But, Season 9 was back online by midday-ish, and we expect the same to happen in Fortnite Season 10. Blast we did it again, we meant X.

We’ll keep you updated once the game goes offline.

The good news, however, is that just prior to the game going offline you can expect the patch notes to drop just before.

Normally there’s two new trailers too, but since the cinematic for the new season has already been revealed (thanks Brazil for leaking it early) we can still expect to see at least one gameplay trailer showcasing whats new in the battle pass.