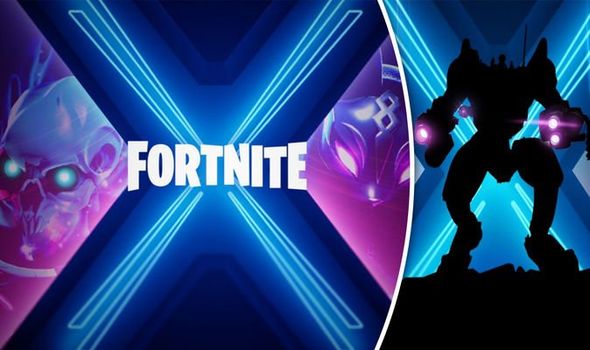 Fortnite developer Epic Games is about to drop the fourth and final Season 10 teaser.

There is, however, a slim chance that the final teaser will drop later on he evening, specifically when Epic confirms Season 10 downtime plans. Express Online will update the article once the teaser goes live.

The final teaser will be followed by the launch of Season X, which takes place on the morning of August 1.

The first teaser was accompanied by a caption telling players to “think back”. It contained an image of classic point of interest Dusty Depot.

The second teaser went in the opposite direction, telling players to “look forward”. This was accompanied by an image bears the sign of the Visitor from Season 4.

The most recent teaser, meanwhile, told players to prepare for “twist time” on August 1. This was accompanied by dark versions of the Ragnarok and Drift skins.

This has led to speculation that Season 10 will feature a merging of timelines.

The first teaser tied into Season 3, the second teaser pointed to Season 4 and the third teaser featured a call back to Season 5.

The time travel theory has been further boosted by the appearance of a mysterious orb at Loot Lake.

An after effect of the battle between the giant robot and huge monster, the orb has been gaining power. Expect some sort of time rift detonation for Season X.

The Season 10 launch is expected to begin with server downtime on the morning of August 1.

In addition to map changes, new items and skins, the update will fix a lot of long-standing issues currently being investigated.

According to the early patch notes, Epic Games is working on solving an issue with players getting stuck at the ‘Sending Report’ screen after reporting during a replay.

Update 10.0 will also hopefully fix a problem with wraps appearing different from their Locker icon, players falling of ziplines and getting stuck under opponent-placed ramps.

Lighting has also appeared darker since update 9.20, so fingers crossed the next patch has a fix to make things brighter.