To coincide with the release of the new season, two new trailers have been posted online.

This includes a look at the brand new NEO Tilted map location, which is sure to prove popular with fans.

“The volcano has erupted and forever changed some long lasting locations – from the ashes, Neo Tilted rises,” reads the official description.

“Grab the squad to explore the bright lights of new attractions like Peely’s Banana Stand and Nugget Hut. Catch a ride and quickly traverse areas by flying in and out of the new Slipstream wind transportation system.”

You can watch the Fortnite cinematic trailer at the top of the page..

Of course, that’s not the only new trailer to launch alongside Season 9.

The Battle Pass trailer – which can be seen above – gives fans a look at new S9 gameplay.

It also gives fans a look at some of the new Battle Pass rewards launching with the new Season.

“A new season also means a brand new Battle Pass. Over 100 new exclusive rewards are ready for you to unlock, and it still costs the same 950 V-bucks.

“This season, you’ll get the Sentinel Outfit and Rox progressive Outfit instantly when you purchase the Battle Pass.” 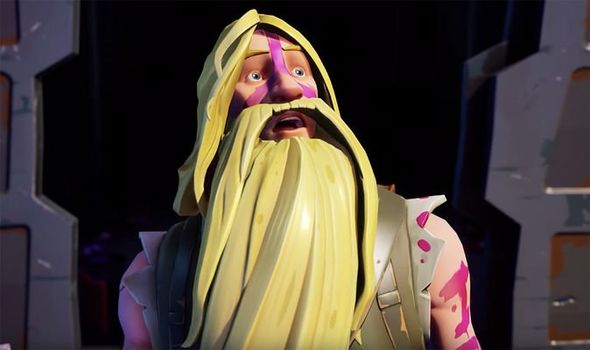 With Fortnite going offline for the launch of Season 9, Epic Games has released the full list of 9.0 patch notes.

The new Fortnite season has a futuristic theme, which means new points of interest have been added to the map.

This includes Neo Tilted Towers and the Mega Mall shopping centre: “Explore new points of interest that emerged from the destruction of the Volcano like Neo Tilted and Mega Mall.”

Players can also move around at speed thanks to the Slipstream transportation system.