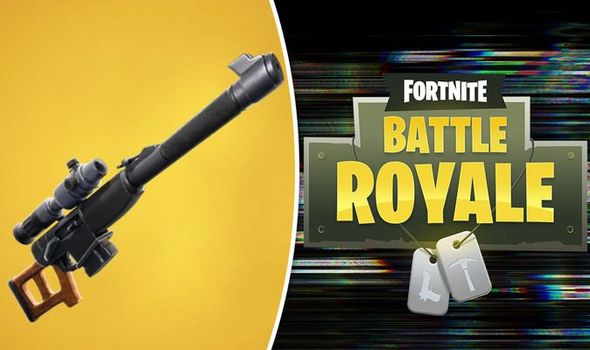 Fortnite developer Epic Games is getting ready to release update 10.00.

The first patch of Season X is a content update, which means it isn’t likely to come with a lengthy list of patch notes.

The fact that it’s a content update also means that there’s no server downtime, so you can download and keep playing.

The new Fortnite update goes live at 8am EST in the US, which means UK fans can download it at 1pm BST.

According to the early patch notes, the big new addition is the Automatic Sniper Rifle.

Leaked in the big Season X update, the Automatic Sniper Rifle is a quickfire weapon that takes medium bullets.

“Keep your opponents pinned down at long range with this full-auto sniper rifle,” reads the in-game news teaser.

The Automatic Sniper Rifle does between 30 and 35 damage depending in the rarity, and can be reloaded in as little as 3.42 seconds.

The new Fortnite update is also expected to make more changes to the map.

In what’s expected to be a gradual process, Neo Tilted will slowly transform into Tilted Town.

According to files discovered by fans, the Wild West-themed point of interest will add old-fashioned stores, stables and apartments.

Elsewhere, Epic Games is working on fixes for multiple issues, some of which could be fixed this week.

One problem that will be fixed in the next release involves the Xbox One and Kinect camera.

“We’ve identified that Xbox One players with a Kinect plugged in may encounter stability issues when starting up Fortnite,” reads an Epic post.

Other issues being investigated revolve around challenges not appearing, editing structures and vending machines identifying the wrong items.