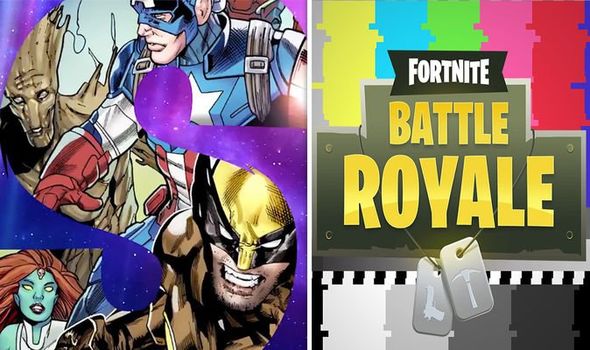 Available on PS4, Xbox One, PC, Nintendo Switch and Android (sort of), the new Fortnite update coincides with the release of a brand new Marvel-themed Battle Pass.

The only bad news is that update 14.00 is also accompanied by a period of server downtime on all platforms.

Servers will go offline at 7am BST for fans playing in the UK, and are likely to come back online at around 9am.

Needless to say, the update will be much bigger than usual, so expect a lengthy list of patch notes when it finally drops.

Sadly, Epic’s feud with Apple means that iOS users will be unable to update the game and enjoy the new season.

In terms of patch notes, update 14.00 is headlined by a brand new Battle Pass.

The Battle Pass will contain around 100 different rewards, including skins, emotes, sprays, items and V-Bucks.

Based on the pre-season leaks and teases, new skins include Wolverine, Captain America, Groot, Storm, Iron Man and more.

Map changes will also feature heavily in the 14.00 update. Expect the appearance of a superhero HQ, perhaps like the Avengers Tower, or X-Mansion.

Epic Games will also make various gameplay tweaks and big fixes, some of which can be seen in the early patch notes below.

Express Online will update this article with the full list of patch notes when the update drops at 7am BST.

• Rectangle and multiple lines of text appearing on HUD.

– A rectangle and multiple lines of text (mostly the word “Disabled”) can appear in the upper-left of the HUD.

– Due to an issue, the Water Balloon Toy is temporarily disabled.

• Vehicles can destroy structures and props even when configured not to

– Vehicles can destroy structures and props even when configured not to

• Crash on consoles when renaming a device

– While playing on console, renaming a device will cause the game to crash.

• Symbols in player names and Creative Hubs on Nintendo Switch.

– We’re investigating an issue that is causing Switch players performance issues when interacting with players or Creative Hubs that include symbols.