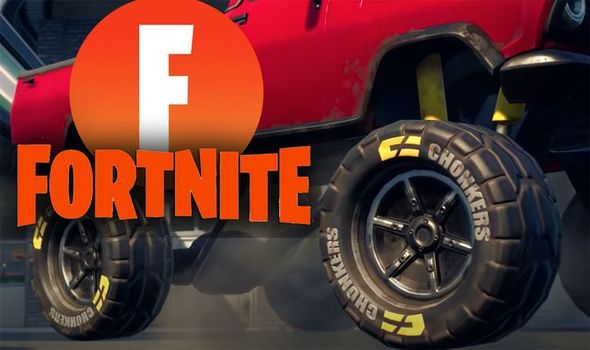 Fortnite update 16.20 is out now on PlayStation, Xbox, Nintendo Switch, PC and Android.

In addition to a host of bug fixes and gameplay changes, the new Fortnite update adds a new set of tires for off-roading.

The Chonkers Off-Road Tires can be equipped on vehicles to make them more suited to racing around in the wild.

It’s a useful new addition, especially if you’ve ever been caught out by the storm when driving a regular car over the bumpy countryside.

The news was announced alongside a brand new trailer on Twitter: “Built for handling the toughest driving conditions, Chonkers Off-Road Tires make getting around off-road easier in any vehicle Automobile

“Jump in-game and give them a spin!”

Needless to say, the new update also fixes some of the more annoying bugs, including an issue with a couple of Battle Pass quests.

You can see the full list of update 16.20 patch notes further down the page, as well as the latest trailer below.

– The Code Green Wrap is not displaying its numbers design.

• “Get a headshot with a bow” Quest fixed.

– Sometimes when a player’s server region is set to “Auto” the Arena playlists will not show in the playlist select menu. Going to the settings, players see 9,999ms for each server region.

– Players have a clear, unimpaired view while in the storm using Performance Mode or on Mobile.

• Collection Book Character #17 not appearing on the Island.

– Collection Book Character #17 is currently not appearing on the Island.

– Due to an issue, Slurpshrooms and Coconuts are temporarily disabled.

• Start with ‘Pickaxe’ Creator setting still spawning with a Pickaxe.

• Vehicles not moving properly in Creative.

– We’re aware of an issue that is causing vehicles to bounce excessively in Creative.

• The “Directive: Mission Alert 2!” quest is not properly tracking completions.

• The “Directive: Mission Alert 2!” quest is not properly tracking completions.

– We’re investigating an issue where cosmetics in the lobby appear blurry.

• 3D resolution reset itself even if the player saved the settings.

– The 3D reset itself to 75% on each launch of the title, even if the player saved their settings to 100% in the last session.