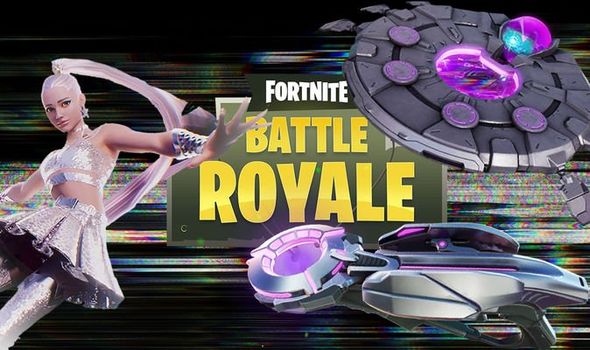 Fortnite Battle Royale fans are counting down to the release of update 17.30.

After taking a short break at the start of summer, Epic Games is back with a bang, releasing update after update on consoles, PC and mobile.

The new update will launch alongside a period of server downtime on the morning of August 3.

The servers will begin to be taken offline at 6.30am BST UK time. The game will go offline in full at 7am.

While there’s no official end time for the server maintenance, fans can expect the game to come back online by 10am BST at the latest.

According to an Epic teaser on Twitter, the new update will introduce the GRABI-TRON weapon.

“Get ready to grab the new update we’re pushing,” reads an Epic tweet. “Fortnite v17.30 is scheduled to release on August 3. In preparation for the update, services will be disabled starting at approx. 01:30 AM ET (05:30 UTC).”

In addition to the GRABI-TRON weapon, Epic will lay the foundations for the Ariana Grande concert, as well as the UFO abduction event.

The full list of update 17.30 patch notes can be seen below.

• Some Wraps do not display properly on the Show Your Style Set.

– Some Wraps with Reactive or Animated elements may not display properly on the Show Your Style set. We have fixes coming for all currently known issues in future builds and will continue monitoring as new reports arise.

• Radio not playing in vehicles.

– The radio inside vehicles may not play.

– Players may be unable to perform the Last Forever Emote after selecting it.

• Vehicles driving erratically, caused by player in control being in Prop state.

– Vehicles can drive erratically, caused by the player in control being in a Prop state.

• Cosmic Chest timers may remain on screen if a Bounty is poached.

– Players may continue to see the Cosmic Chest timer at 0:00 if they have an active Bounty that is poached by an enemy player while they are opening the chest.

– We’re investigating an issue in Creative Mode that is causing players to experience latency issues when building on an XL Island.

– We’re investigating an issue that is causing players to not bounce if they land in the centre of a crash pad.

• Vehicle explosion not properly triggered with “Destroyed with Transmit” on.

– A vehicle’s explosion is not properly triggered when ‘Is Destroyed with Transmit’ is set to ON.

• ATKs bounce and jitter unexpectedly when starting to drive.

– We’re investigating an issue that is causing ATKs to bounce when driving.

– We’re investigating an issue that is causing vehicles in Creative mode to use more memory than intended.

– We’re investigating an issue that is causing a white rectangle to appear on the Rift Tour tab.