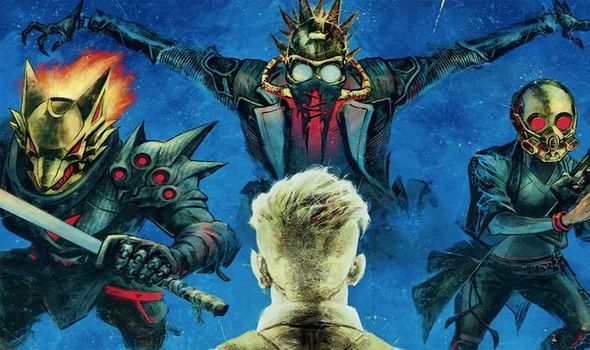 Fortnite fans are counting down to the release of update 18.20.

As a numbered update, the latest download will be accompanied by a period of server downtime at 9am BST UK time.

Services will begin to be taken offline at 8.30am BST, while downtime is expected to end at around 11am.

Update 18.20 was announced by Epic Games on Twitter, alongside a teaser about what to expect from the download.

“Combat combats combat,” reads an Epic tweet. “The v18.20 update is scheduled for release on October 12. Downtime will begin at approx. 04:00 AM ET, with matchmaking being disabled approx. 30 minutes before.”

Based on the teaser, Fortnite update 18.20 will bring the Combat AR and Combat SMG back to the game.

With the Fortnitemares festivities in full swing, there are also reports that rideable monsters will be added to the game, not to mention even more spooky skins and items.

The remaining Fortnite update 18.20 patch notes can be seen below.

– Players may find that the Battle Pass will not appear to progress toward the next page when unlocking additional items to reach the unlock requirement.

– When using a launchpad, players may experience a slow gliding effect when redeploying the glider and using either the Venom or the Carnage Symbiote item.

• Unable to fish while inside certain vehicles.

– We’re aware of an issue preventing players from using a Fishing Rod while in the passenger seat of a Motorboat or in the pick-up bed of an OG Bear truck.

– The time displayed on the HUD is not matching the timer on the Reboot card. The Reboot card displays the correct time.

Save the World patch notes…

• Unable to swap Hero Loadouts in the Lobby while using a controller.

– Players may be unable to swap loadouts in the Lobby while using a Controller on all platforms.

– We’re investigating the following issue with the Concert VFX settings

• Trees are not appearing on Island Map.

– We’re investigating an issue where trees placed in the island environment are not appearing on the island map.

• Switch players are not heard by other consoles in Game chat

– We’re investigating an issue that is causing the OnePlus Nord device to experience a crash on login.