Which shotgun should you have in your loadout this season?

Season 6 of Fortnite has changed many things in the game. Consequently, the meta has shifted significantly. New mechanics have been introduced, such as hunting and crafting. Weapons have been divided into three types, makeshift, primal, and mechanical.

It’s important to understand all shotguns and their differences — it’s crucial in order to survive in the Battle Royale island. Although there is some discussion among the Fortnite community regarding which one should objectively be considered the best, it all depends on someone’s playstyle and how they approach their opponents.

Our guide will go deep into detail regarding all the shotguns currently in Fortnite and how they can be used in combat. We will analyze the pros and cons of each of these weapons and give you more technical information on them. Unfortunately, the game no longer tells you the DPS on each weapon when you select it in your inventory as it did before the Season 6 update.

These are the three types of weapons available in the game:

Makeshift weapons are what you’ll find most as ground loot and regular treasure chests. Players won’t normally run with them and will instead craft them into either a primal or mechanical weapon.

Primal weapons have lower accuracy but a faster fire rate. This means that they won’t typically hit your opponents as hard, but they’ll shoot faster. These weapons tend to be more powerful in close combat.

Mechanical weapons can be stronger at long range since they’re more accurate and have first-shot accuracy. Unfortunately, their fire rate is slower.

These characteristics are quite general and work somewhat differently when it comes to shotguns, seeing as different situations depend on the range and type of weapon. So, here’s everything you need to know about the current shotgun metagame.

It is most likely that the first shotgun you’ll get ahold of after landing on the Battle Royale island will be the Makeshift Shotgun. It’s not supposed to be a gun you carry around for the rest of the game. It’s weaker than the other available shotguns in most aspects. It actually has a headshot multiplier of 1.25x, which isn’t all that great.

SypherPK, a well-known Fortnite streamer and content creator, has compared it to a nerfed “Double Pump.” For those unaware of this term, Double Pumping was a strategy back in Season 3, Chapter 1. Players would pick up two Pump Shotguns and switch between the two after firing one shot, to avoid the delay between shots and thus firing immediately. This was eventually nerfed. 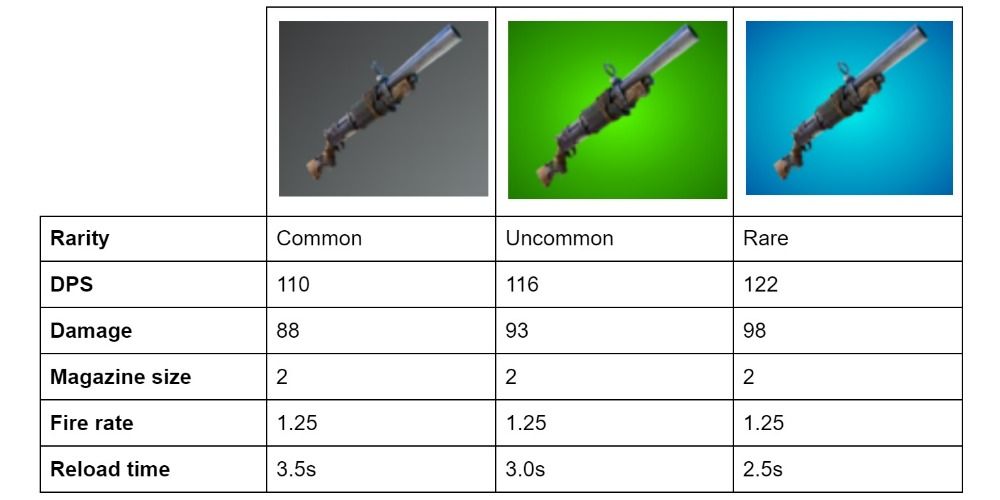 So, believe it or not, this weapon can actually be viable in-game. Even though it has a weak headshot multiplier and only has a magazine size of two, its fire rate is significantly better than the Pump Shotgun.

The Primal Shotgun is one of the weapons you can craft your Makeshift Shotgun into. It comes in five different rarities, Uncommon, Rare, Epic, Legendary, and Mythic. The first four rarities will be the ones you’ll encounter the most as the Mythic Primal Shotgun will only drop after defeating the Spire Assassin Boss at The Spire.

This shotgun only has a headshot multiplier of 1.25x, however, unlike the Makeshift Shotgun, it has a decent-sized magazine of 12 shells. It is a burst shotgun, shooting at a 2-burst fire. Here are its stats: 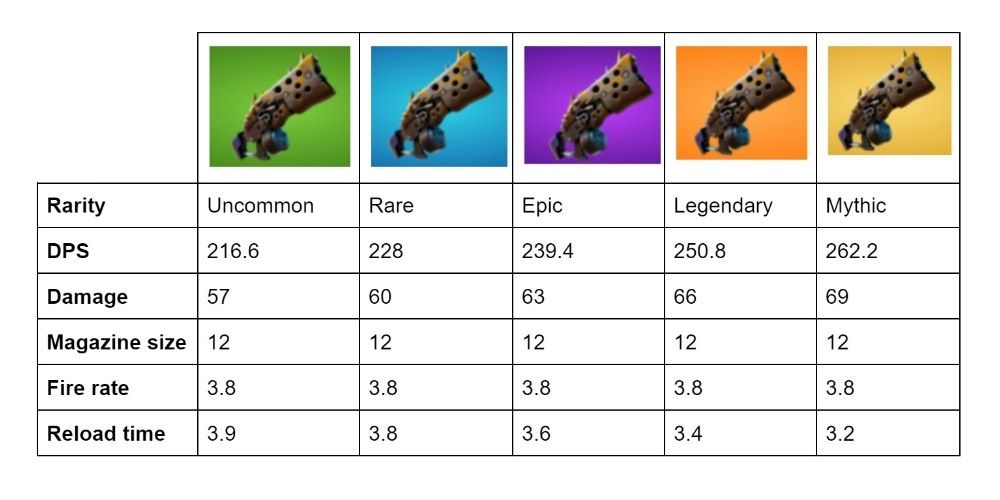 It shoots very quickly, compared to the Pump and the Makeshift Shotguns, although it doesn’t deal that much damage. However, it is capable of spraying an opponent in close range and eliminating them in an instant.

The Primal Shotgun is surprisingly strong if you hip-fire, but if you aim down sights (ADS), it will be more precise, although its fire rate will be reduced. Out of all the shotguns available, it has the highest DPS.

And, seeing as its fire rate is so fast and it deals so much damage at the same time, it may be nerfed soon. But at the moment, it is the optimal shotgun to have on you if you’re planning on getting in your opponents’ 1x1s and quickly spraying them with it.

It’s been tough for the Pump Shotgun. It has been in and out of the game for a while now and has been unvaulted yet again for Season 6.

The Pump Shotgun has been both nerfed and buffed. Its headshot multiplier has been nerfed from 2.0x to 1.75x. But its damage has also been buffed, from 80/90/100/110 to 92/100/108/116 (Uncommon/Rare/Epic/Legendary). Currently, the Common-rarity Pump Shotgun is the only variation that remains vaulted.

The reload time and its fire rate are the downsides of choosing the Pump over the other shotguns in the game. This issue is why most players combine the Pump Shotgun with an SMG, so they can quickly switch if they don’t eliminate the player with their first shot.

The Pump Shotgun has a fire rate of 0.7, meaning that even the Makeshift Shotgun outshines the Pump in this category. So, hitting as hard as possible with this weapon is absolutely crucial. Its magazine size is 5 shells, a significant upgrade from the Makeshift. Here are its stats: 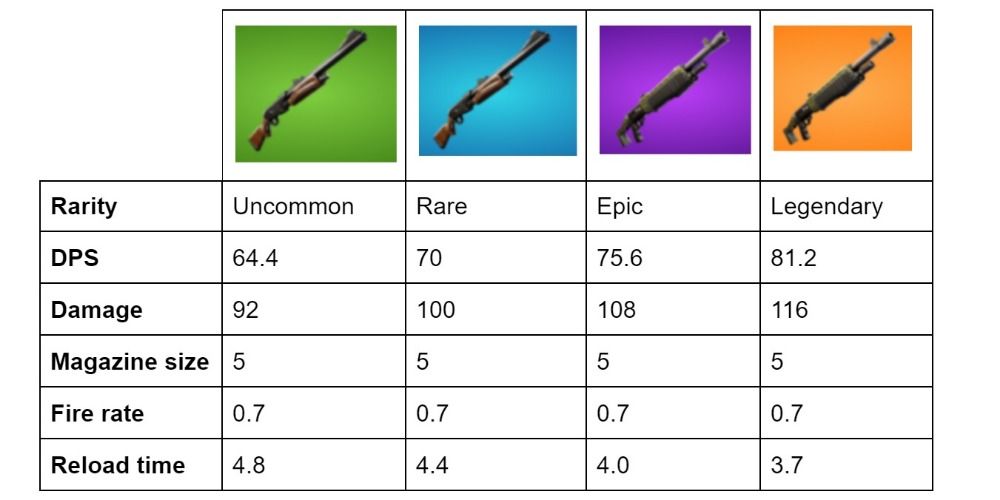 The Legendary Pump Shotgun is the only weapon in the game to eliminate opponents immediately. A headshot will deal 203 damage, bringing both health and shield down to zero.

Many Fortnite players believe that the Epic and Legendary Pump Shotguns are the best shotguns in the game since they deal 189 and 203 headshot damage. However, it all comes down to playstyle and the context of the battle. Missing a headshot with a Pump can be lethal in some cases. So, relying on the Primal Shotgun instead is equally as viable.

Ultimately, it is important to never underestimate any shotgun your opponent has in their hand. Shotguns are extremely powerful weapons and, if you’re in point-blank range, they will quickly eliminate you from the match.

NEXT: Fortnite: How To Collect Mechanical Parts 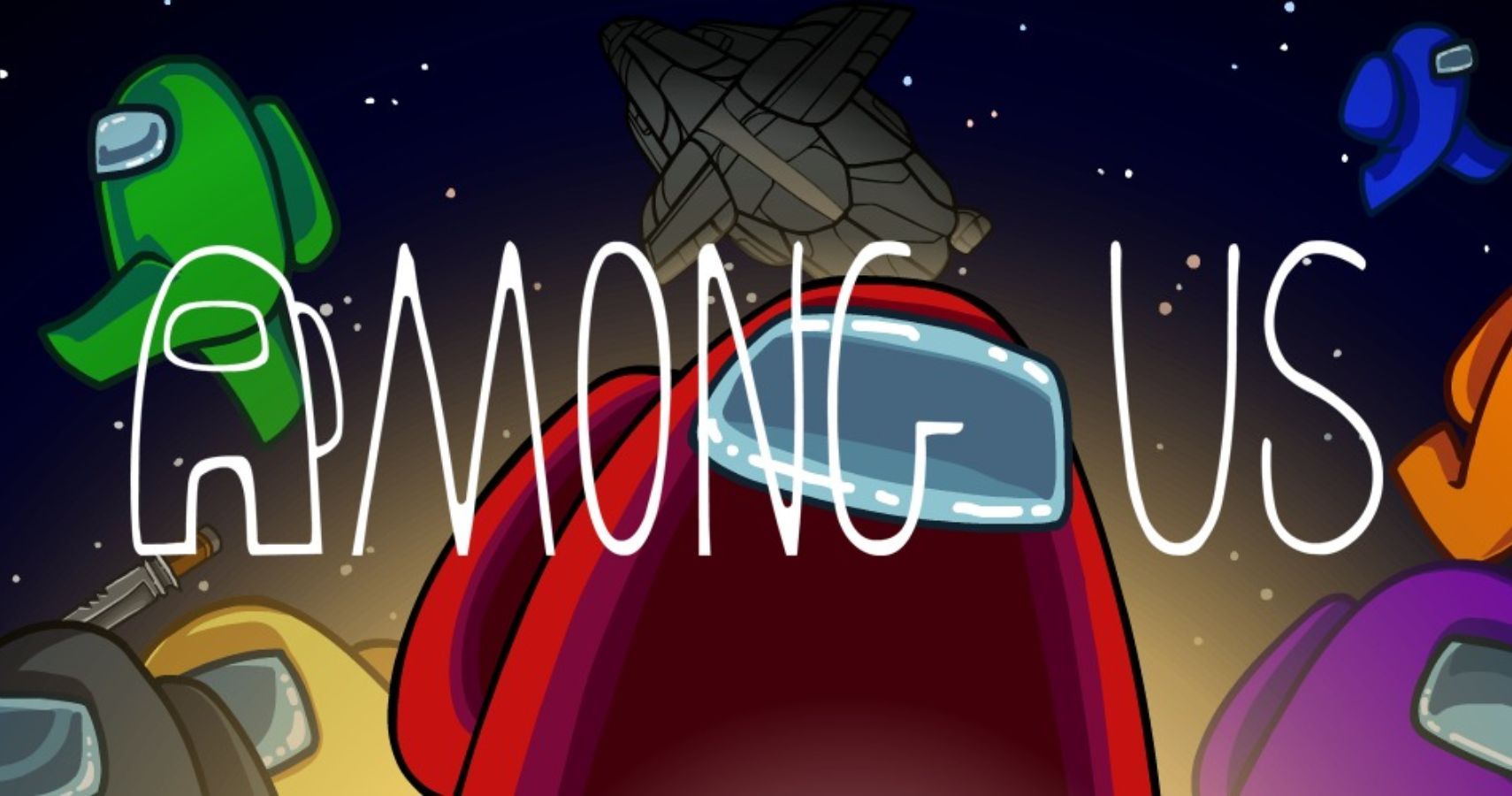