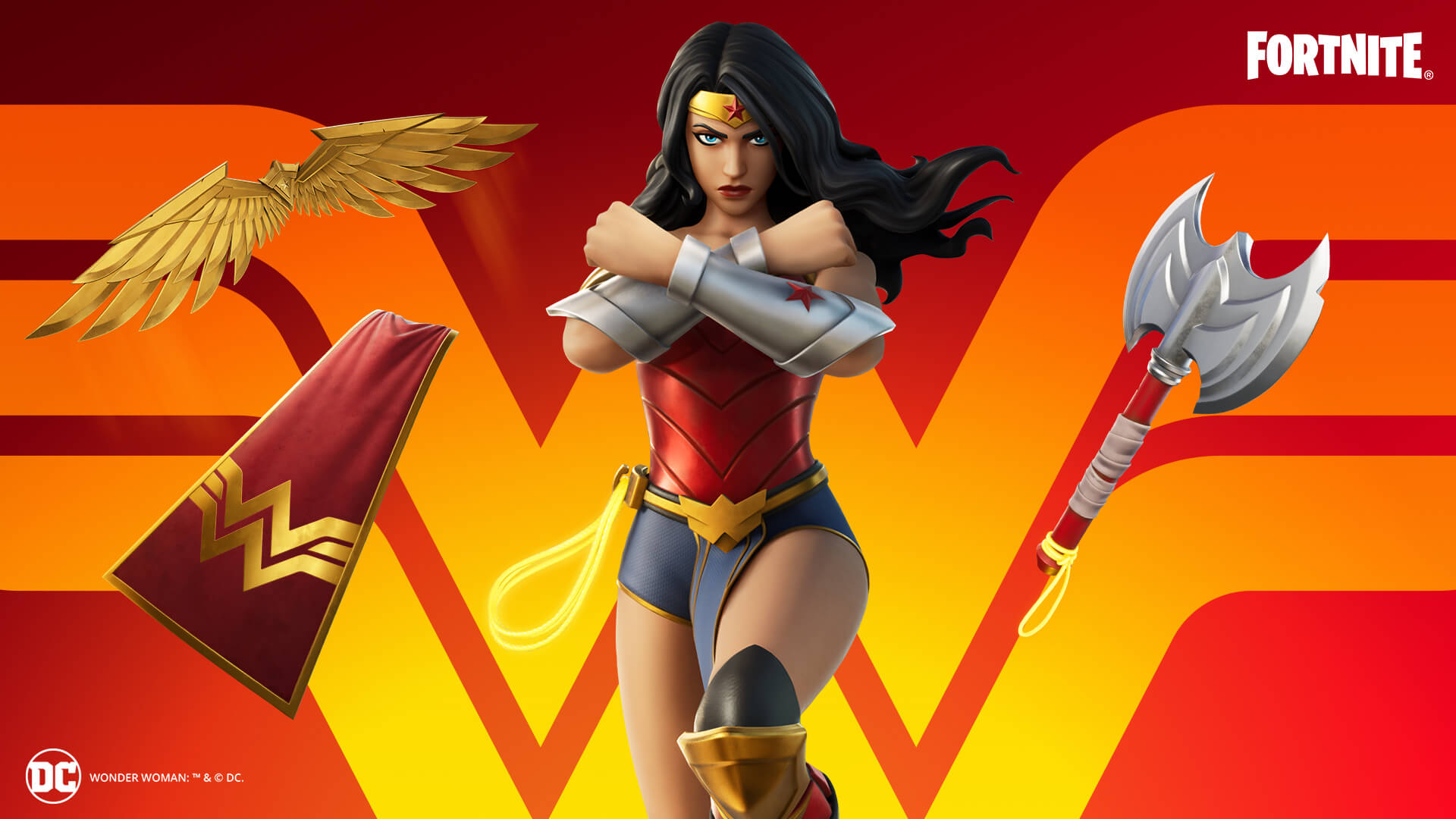 After Superman’s recent inclusion in Fortnite, Wonder Woman is set to arrive on the battle royale island very soon.

Despite Epic Games and DC clearly having a strong working relationship, Fortnite has only featured one of DC’s iconic trinity of superheroes, Batman, for the longest time.

The Dark Knight alone has received four different skins since his addition in 2019, with Superman himself only recently being added as part of the current season. Fortunately, fans won’t need to wait much longer for the trinity’s third member: Wonder Woman.

She was originally leaked beforehand courtesy of dataminers, but now Epic itself has confirmed her arrival on the official Fortnite website, revealing that she’ll be added to the in-game store on August 19 at 8pm ET, which makes it 1am BST on August 20.

Her bundle comes with two variants (one with her classic outfit and an armoured variant), Golden Eagle Wings Glider, Athena’s Battleaxe, a DC Trinity Loading Screen, and Diana’s Mantle Back Bling.

For anyone who absolutely can’t wait or don’t want to pay for it, you can earn it by competing in the Wonder Woman Cup the day before on August 18. Teams of two can sign up and those who perform well enough will receive the Wonder Woman Outfit and associated back bling.

This reward will only be for the top performing teams in each region and requires you and your partner to earn as many points as possible within up to 10 matches. You also only have three hours to do so, although anyone who manages to earn at least eight points will get an Honorary Amazons Loading Screen.

It’s safe to assume that Epic and DC’s collaborations will continue as there are still some prominent characters (such as Green Lantern) who remain absent. A recent leak claimed that more Justice League and Suicide Squad characters are being negotiated, with Bloodsport from the new Suicide Squad movie already added.

That same leak accurately called the Ariana Grande concert and also said that Epic is trying to get Naruto, star of the hit manga and anime series of the same name, as a skin for the next season’s battle pass.