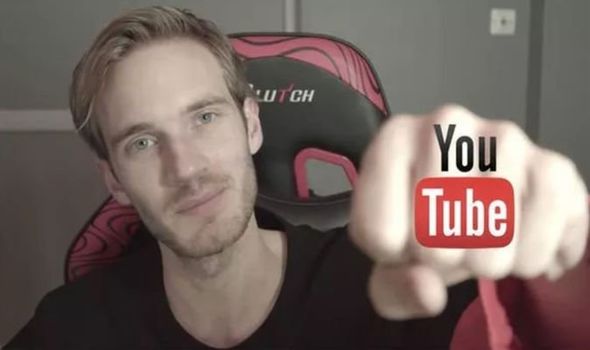 If you can overlook the comments section, the annoying thumbnails and some of its inexplicably popular (and irritatingly excitable) stars, YouTube has been the best thing to happen to gaming since Mario packed in his plumbing job to concentrate on rescuing kidnap victims.

While YouTube doesn’t exist purely to serve gamers, there’s no denying how important video games have been to the success of the platform.

PewDiePie – who has more than 100 million subscribers – made his name playing horror games such as Amnesia: The Dark Descent, while JuegaGerman, Fernanfloo and VEGETTA777 all have in excess of 20 million subs, and all primarily focus on video games.

Fortnite supremo Ninja – who is arguably the most famous gamer in the world right now – may be better known for his live streaming on Twitch and now Mixer, but even he has more than 22 million subscribers and counting on YouTube, as fans clamour for Battle Royale survival tips.

Now, if like me you grew up buying gaming magazines and reading Digitiser and Game Central on Teletext, then an appreciation of the written word will never go away.

But the advantages of YouTube are clear to see, even if you have to sift through a lot of s**t in order to get to the good stuff.

With that in mind, here is Express Online’s picks of the best YouTube gaming channels to subscribe to right now. Express Online will continue to update the list based on your suggestions, so let us know what your favourite video game YouTube channels are in the comments below.

Easily one of the most likeable personalities on YouTube, Metal Jesus is in his own words, a “long-haired rocker dude who runs a popular YouTube channel dedicated to Retro Gaming with a Heavy Metal soundtrack”.

If like me you have an appreciation for retro video games, MetalJesusRocks – with the help of equally likeable friends such as the Immortal John Hancock and Radical Reggie – provide buying guides and tips for budding video game collectors.

His hidden gems videos are also must-see viewing for gamers who have played all the triple-A stuff and want to try something a little bit different.

Thank god for Jim Sterling, the man who calls out video game publishers and gaming studios for shady practices and shoddy business models.

Even if you don’t agree with everything Jim says, his channel is worth checking out just to find out more about the fascinating Slaughtering Grounds saga.

Speaking of the Escapist, gaming fans should definitely subscribe to its YouTube channel purely to watch all of Zero Punctuation’s (otherwise known as Ben “Yahtzee” Croshaw) hilarious video game reviews.

Yahtzee’s reviews more often than not don’t end well for the game in question, as Zero Punctation breathlessly and bitingly rips games a new one.

Check out this excerpt from his recent Gears 5 review (with punctuation inserted) as an example: “But you know what, the sandbox maps do provide a convenient metaphor for my feelings about Gears of War as a whole, because it is a massive blank space that doesn’t go anywhere and contains nothing – except glib remarks.”

If you’ve completed a SoulsBorne game at all in the past (and we can now add Sekiro to that list – SoulsBorniko), you’ll probably come away scratching your head and wondering just what exactly that was all about.

With a keen eye and calming voice, VaatiVidya breaks down the SoulsBorne games and pieces together the narratives so you don’t have to. He points out some of the things players may have missed – like how you can see Adella creepily eavesdropping every time you speak to Arianna in Bloodborne – and offers advice for new players.

VaatiVidya also looks at some of the games that have been inspired by From Software’s SoulsBorne series, and has already started exploring the studio’s next big hit Elden Ring.

Whether you want to break into the industry or simply have an interest in game design, the Game Maker’s Toolkit channel has some cracking videos that will make you think differently about your favourite games.

If you’re a fan of Super Mario Maker 2 on Nintendo Switch, I would definitely recommend taking a look at Game Maker’s Toolkit’s tutorial video for making a truly exceptional level.

OK, so Ninja is definitely better known and arguably better suited for live streaming Fortnite content over on Mixer (sorry Twitch), but his star has risen so far and so fast in the past couple of years, that it’s hard to leave him off the list.

Ninja’s YouTube channel is full of next-level Battle Royale action, covering everything from Fortnite and Apex Legends, to H1Z1, PUBG and Call of Duty’s Blackout mode.

If you want to see what kind of skill it takes to score thousands of Victory Royales in Fortnite, then you could do a lot worse than studying some of Ninja’s highlight reels.

While PewDiePie has courted his fair share of controversy over the years, there’s no denying what a huge impact he’s had on the success of YouTube as a brand. At the time of writing he has a staggering 101 million subscribers, making him a true influencer in every sense of the word.

Indeed, when PewDiePie plays something on his channel, chances are it’s going to sell big. The Swedish YouTuber has helped put horror games like Amnesia and Five Nights at Freddy’s on the map, and has even been credited with making Minecraft more popular than Fortnite in 2019.

When your videos have racked up over 20 billion views on YouTube, you must be doing something right.