Game+ has launched a mobile app that enables people to play in skill-based gaming competitions for real money.

The app is available on iOS and Google Play. It offers members a secure marketplace where they can create or accept gaming challenges for money and have their winnings automatically transferred to their account.

Karim Sanford, president of Game+, said in a statement that the team built the service to let gamers test their skills with others for money while removing barriers to claiming winnings. He started the company with cofounder Adam Frank.

To use the Game+ platform, upon successful identification verification, gamers will create an account and receive a Game+ Discover prepaid card (issued by MetaBank) that can be used everywhere Discover is accepted – at stores, online, or to get cash at ATMs nationwide. Members who sign up can receive 5% cash back on purchases, subject to terms and conditions.

Once members’ accounts are set up, they will be able to use the app to send challenges to friends, choosing from a library of over 50 games, selecting the gaming console or mobile device they want to compete on, and setting the amount of money they want to put on the line for the game. 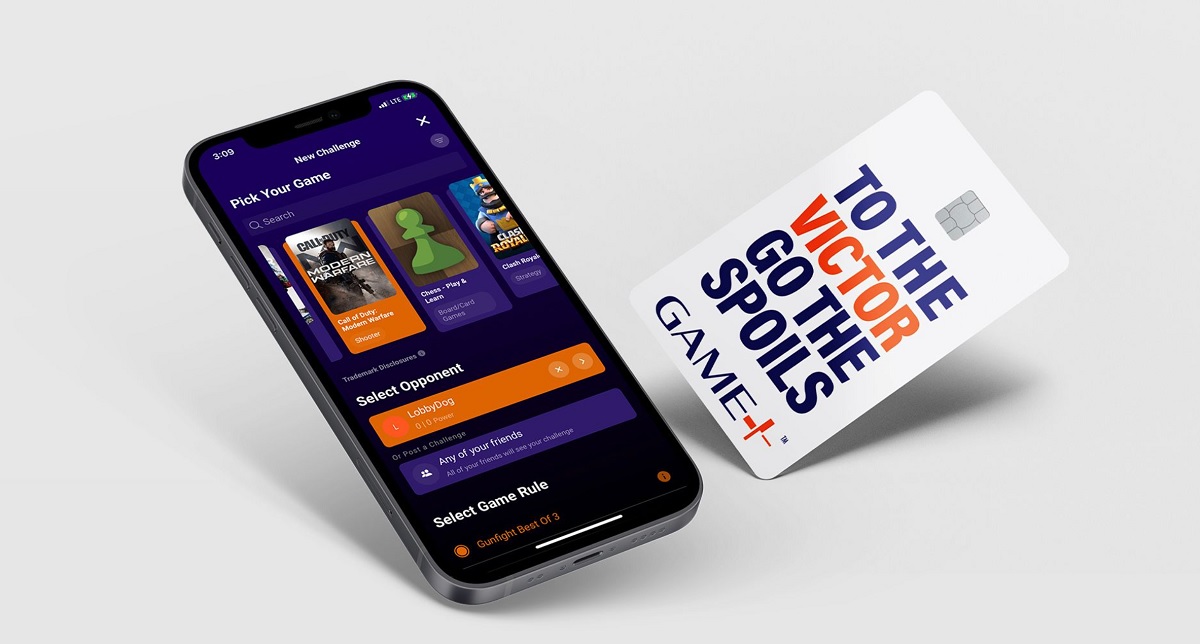 They play the game, and then the winner reports the results to the app, which automatically transfers funds to the winners’ account. Game+ members can participate in competitions across a variety of device formats including Xbox, PlayStation, Nintendo Switch, iPhone and Android.

This isn’t an original idea. But in many platforms from the past, it has always been difficult to get losers to admit that they lost a match. Pllay, another startup with the same idea, automated the monitoring of matches so that it could tell who the winner was.

In addition to facilitating competitive skill-based head-to-head challenges among friends, Game+ enables users to compete in challenges with the broader community for money. The platform currently supports dozens of popular games including FIFA, Madden, NBA 2K, Call of
Duty, Fortnite, Halo, Tekken, Street Fighter, Super Smash Bros., and Rocket League. Members will be able to join hubs for their favorite games and create challenges, the same way they would challenge a friend, that will then be shared with the community.

Game+ said it solves two of the thorniest problems in facilitating gaming for money. First, it provides a bank-level financial backend that enables payments to move quickly and safely to winners’ accounts, without excessive delays or hidden fees. And just as importantly, Game+ ensures fairness by vetting all users much as a bank would, and by creating a dispute resolution system in which judges review evidence from disputed matches to determine the winner.

Game+ wants to build a clean, trusted community where members’ funds are safe and their matches are fairly decided. The Game+ app is certified compliant with the age verification and geolocation mandate under the Unlawful Internet Gambling Enforcement Act of 2006 (UIGEA). The certification was completed earlier this year by a leading independent lab – establishing a new standard for legitimacy and trust in the space.

The Game+ app is available to download on iOS or Google Play (standard data rates may apply). You must be 18 years of age or older to create an account on Game+. Game+ is not available in Arizona, Arkansas, Connecticut, Delaware, Florida, Louisiana, Montana, Nebraska,
New Mexico, South Carolina, South Dakota, or Tennessee. In other states, however, skill-based gaming is not considered illegal gambling.

Players have to load a minimum of $20 at signup from a credit card or debit card to open a Game+ account. When you invite a new friend to Game+, the company will give both you and your friend a $10 credit to play each other. It’s a $20 pot to see who’s actually better. You can carry a maximum balance of $10,000 on the Game+ account.

It is free to sign up for a Game+ card, and there are no monthly account maintenance fees. Game+, however, may charge you a monthly fee of $1.50 for its services, but the amount will be waived if you complete at least one contest in the month.