Once upon a time, gaming crossovers were so rare that a fighting game between Ryu and Wolverine made everyone's heads spin. However, those days are long gone. You can have Kirby yeet Ryu off Midgar, and no one bats an eyelid. A multiverse is practically essential to a successful gaming franchise in this new era.

So, I've been thinking, what other games deserve a multiverse or crossover event of their own? Or what gaming multiverses can use a little re-tooling? In pursuit of my endgame (Get it! Haha!), I dreamed up some new gaming multiverses that are begging to get made. 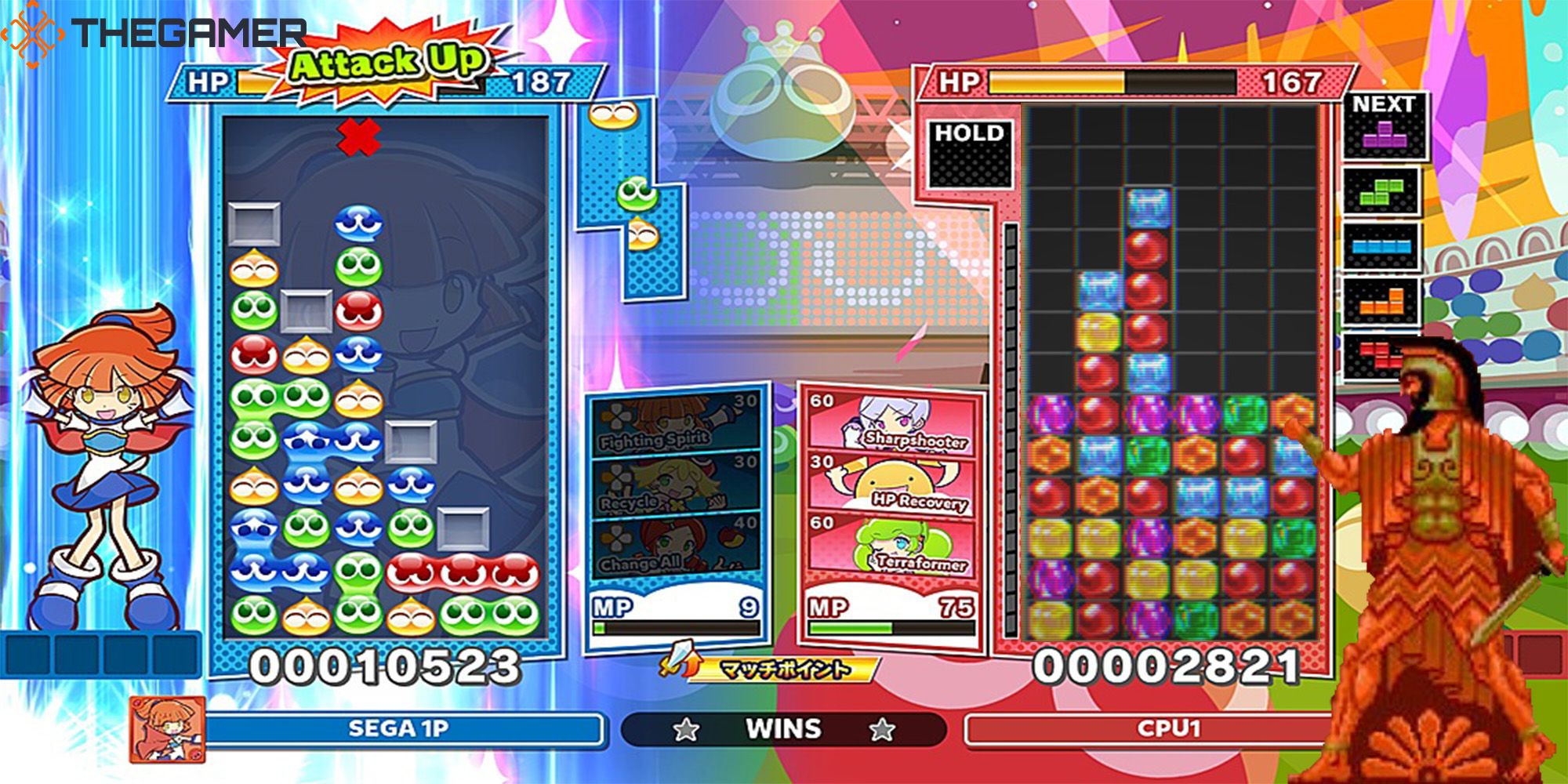 Puzzle game crossovers are more common than you think. For instance, consider the past two iterations of Puyo Puyo Tetris. Both games mix and meld their respective mechanics for a fun and unique gameplay experience. Plus, the colorful cast of characters is a joy to watch.

Still, I feel like these games are missing something. We need to give them a more expansive universe. So, how can we do that? I say, let’s bring Columns into the mix!

But I don’t want cartoonified characters for the new Columns storyline. On the contrary, I want stoic, stone-faced, serious greek muses with harps and shit. As a result, I think it’s time we upped the stakes and killed off a Puyo Puyo character. (Sorry, Carbuncle, I can’t stand the incessant “gu-gus” anymore.)

Also, did you know that Columns 2 is a "journey through time?" That alone expands the universe even further! We could ret-con the entire Puyo Puyo storyline if we wanted to!

A darker Sega Puzzle Multiverse that adds Columns into the mix is what Puyo Puyo Tetris needs to keep the series fresh. (And honestly, to make Columns relevant for the first time.) 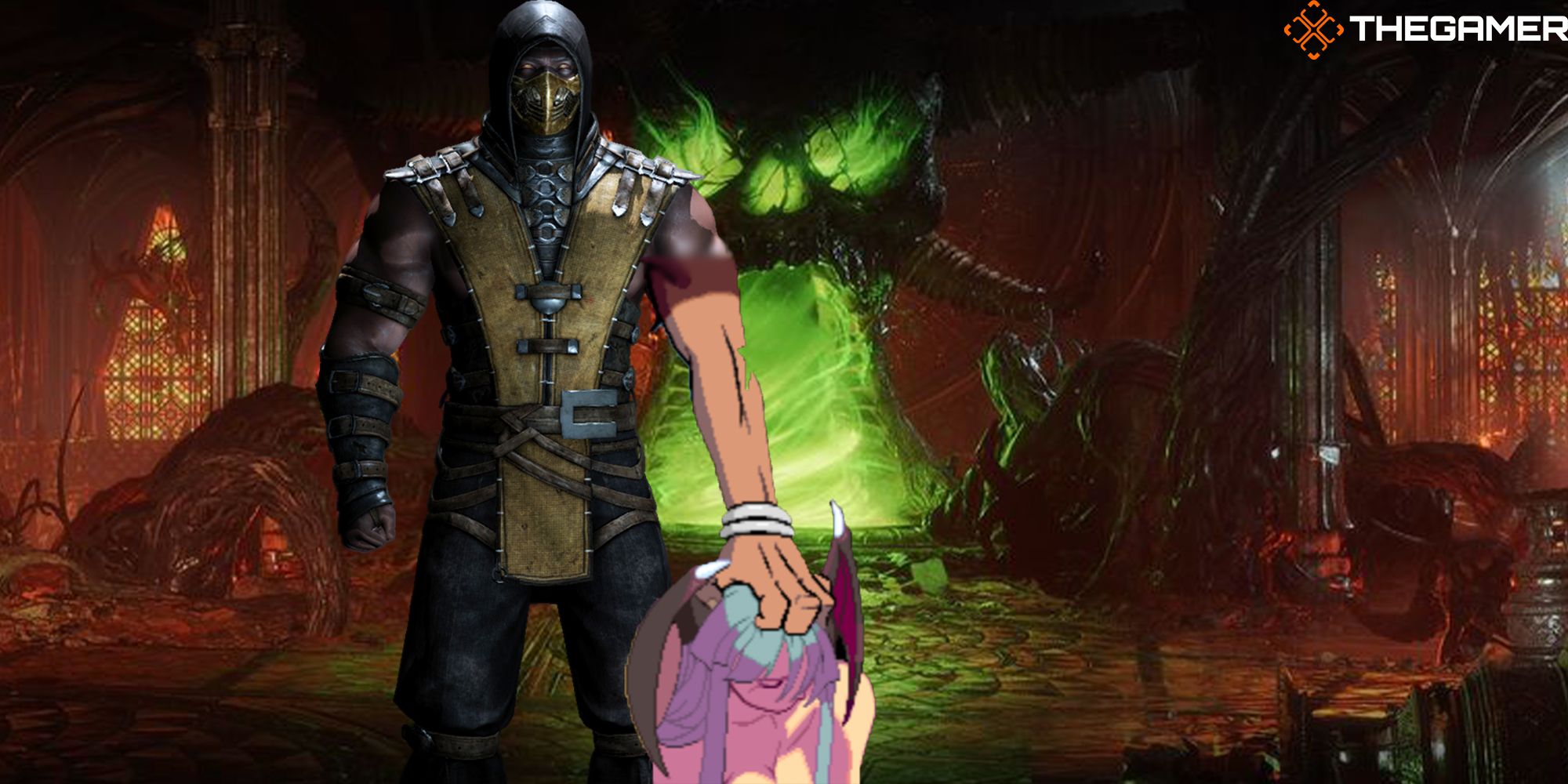 Fighting game fanatics have wished for a Street Fighter crossover with Mortal Kombat for a long-ass time. But, unfortunately, Ed Boon has made clear that the chances for this crossover are slim. Yoshinori Ono also confirmed this sentiment. However, the proposal for a Street Fighter character in MK11 was not rejected by him but by higher-ups at Capcom.

I say, good riddance! Street Fighter and Mortal Kombat aren’t a fit. If they were, the two games would not have been such heated competitors in the nineties arcade scene. Plus, Street Fighter has cemented a reputation as a mechanics-driven 2D fighter. Meanwhile, Mortal Kombat prides itself on its macabre style and immense gore.

However, there is a Capcom fighting series whose identity is more flexible. Furthermore, this series is also more appropriate with its darker tone and monster-mashed roster. I’m speaking, of course, about Darkstalkers.

One of the things that held Darkstalkers back was Capcom's reticence to push the game toward a Mature ESRB (PEGI 18, for those who live outside of the states). As a result, the opportunities for blood, gore, and sex were always hinted at but never addressed head-on.

Special shoutout to this Darkstalkers still that gave me feelings​​​. 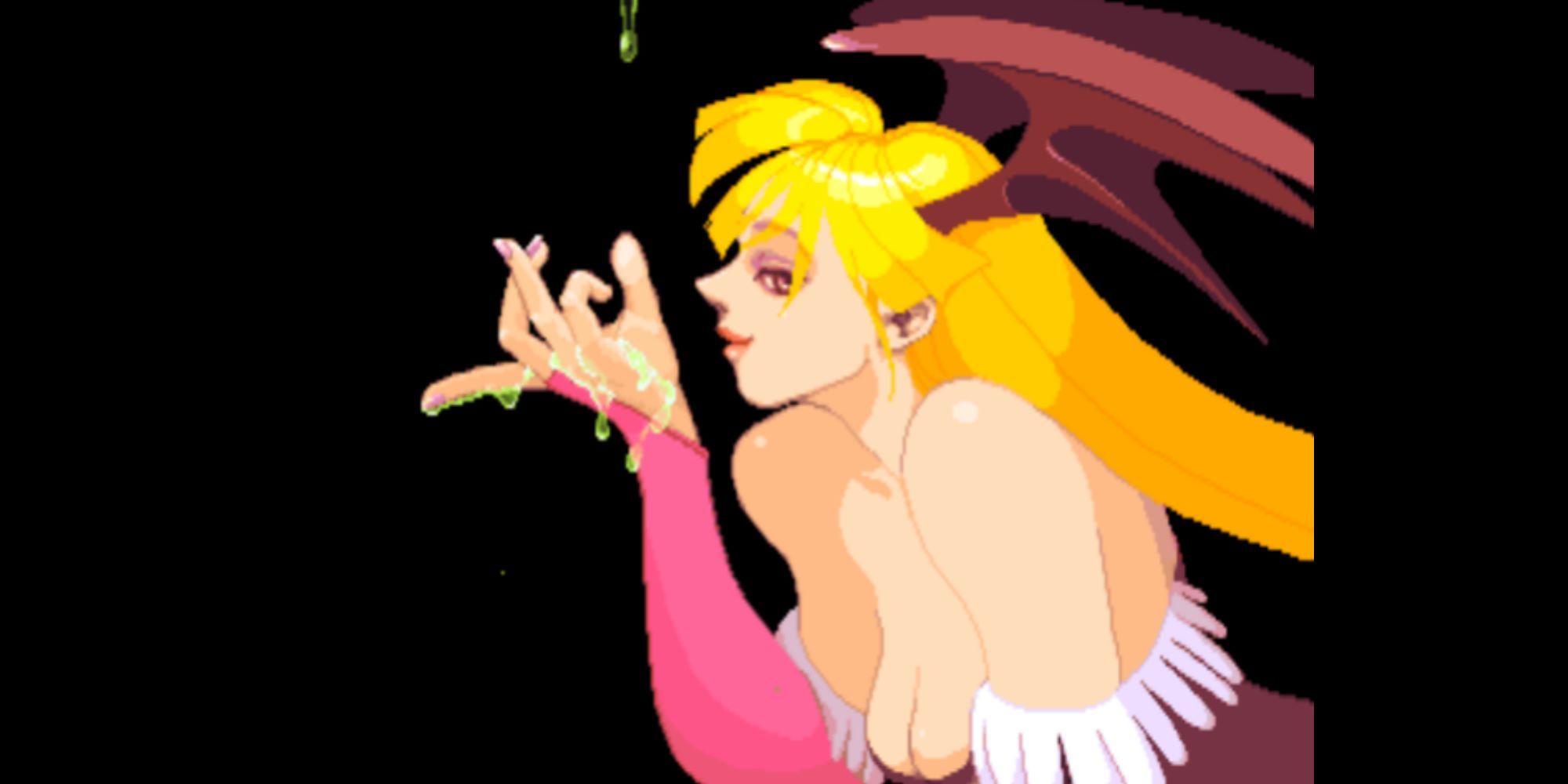 Unfortunately, the cult classic fighting series has remained dormant for over twenty years. Meanwhile, the series' characters seem to pop up in practically every Capcom crossover game. (But, you know, Darkstalkers Ressurection didn't sell well enough, so tough titties.)

If Capcom doesn't have the gall to declare that "Darkstalkers are not dead," maybe they need to let Neatherealm Studios take a stab at the IP. What better way to reintroduce the night warriors than having them uppercut each other's heads off?

The fatalities Capcom's macabre creatures are capable of would be brilliant! Imagine Demitri Maximoff chomping down victims to the bloody bit or Morrigan Aensland's new Darkness Illusion that concludes in a double-sided gut stab. Additionally, Jedah's EX moves, such as Finale Rosso, are a couple of buckets of blood and gore away from becoming perfect fatalities.

Also, let's talk about the stellar match-ups! Hollywood's Johnny Cage teaming up with Vegas mega-star Felicia is kismet. Or imagine Lord Raptor facing off against one of the revenants. Q-Bee vs. D'Vorah? It makes perfect sense! And, of course, a BB Hood/Scorpion showdown is essential!

I know I started this list with a tongue-in-cheek approach, but I am downright serious about this one. SOMEONE SHARE THIS ARTICLE WITH ED BOON AND TAKAYUKI NAKAMAYA. MAKE IT TREND ON TWITTER. MORTAL KOMBAT VS. DARKSTALKERS: YOUR DARKEST FIGHTING FANTASY COME TRUE! 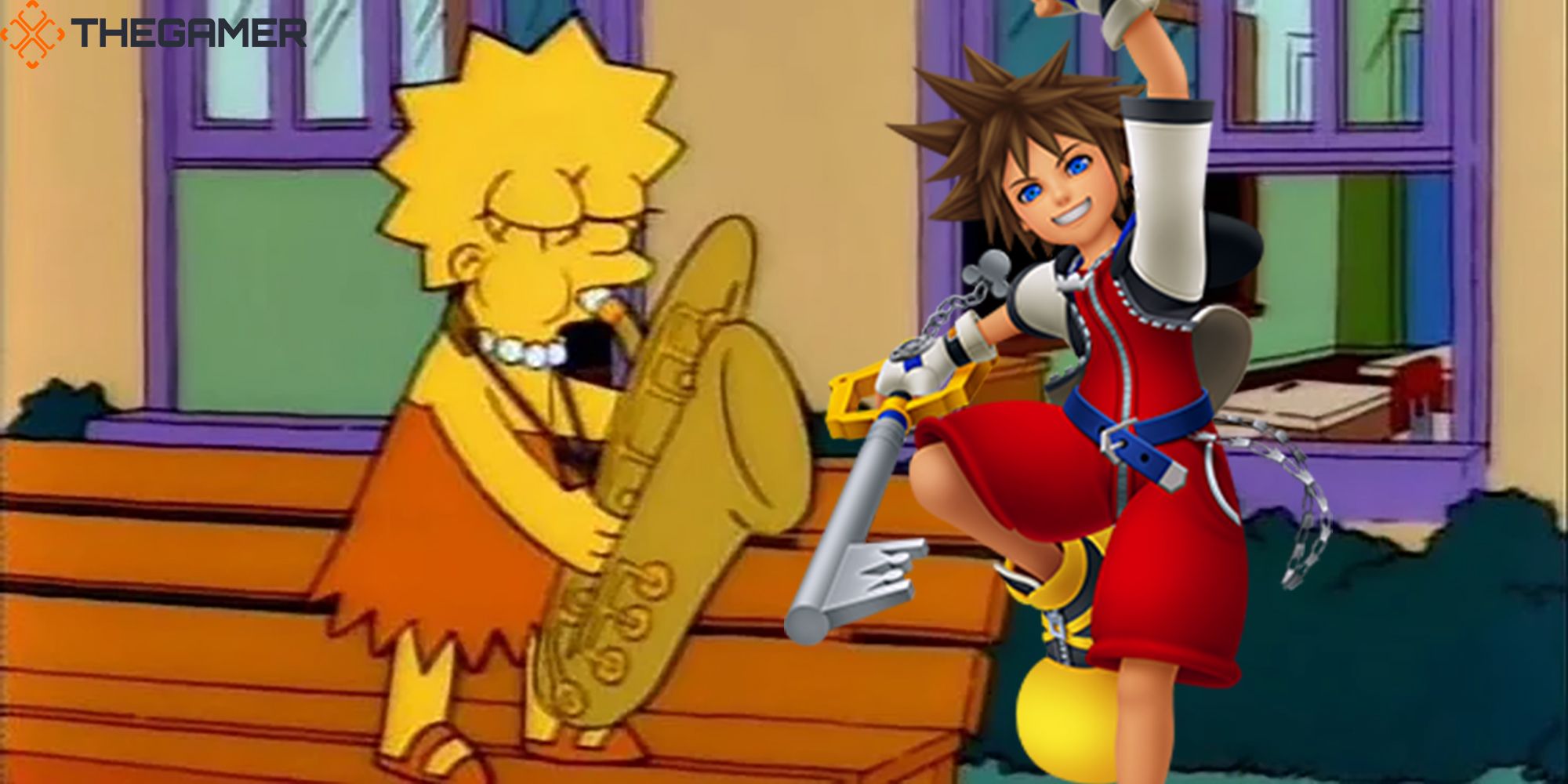 Last week, our immensely talented Lead Features Editor, Jade King, published a twisted list of worlds that should not be a part of Kingdom Hearts 4. On the one hand, it was a pointed satire about corporate monopolies that opened doors to a somewhat twisted multiverse. But, on the other hand, I was kinda about it?

Okay, let me elaborate. Do I think a Family Guy world in Kingdom Hearts is appropriate? Nah. But a Simpsons one? That would be adorable! Imagine Sora fighting Smithers' Heartless dogs with his new friend, Lisa, and the power of jazz!? Forget a Hit & Run remaster; give me that!

Or, how about a Rocky Horror Picture Show world? First of all, Sora's been through a lot. He deserves to let his hair down and do the time warp again. Second of all, what better piece of protest art than to include one of the queerest films ever made to speak out against the archaic "Don't Say Gay" bill in Florida, home to the iconic Disney World?

Even a MasterChef world does not seem too far-fetched. Slap a beard on Gordan Ramsey, and you got yourself another Cid.

In short, should we be concerned that Disney is mercilessly feeding on other media companies with an insatiable hunger? Yes. Will our love of crossovers supersede this genuine threat? I mean…yeah??? 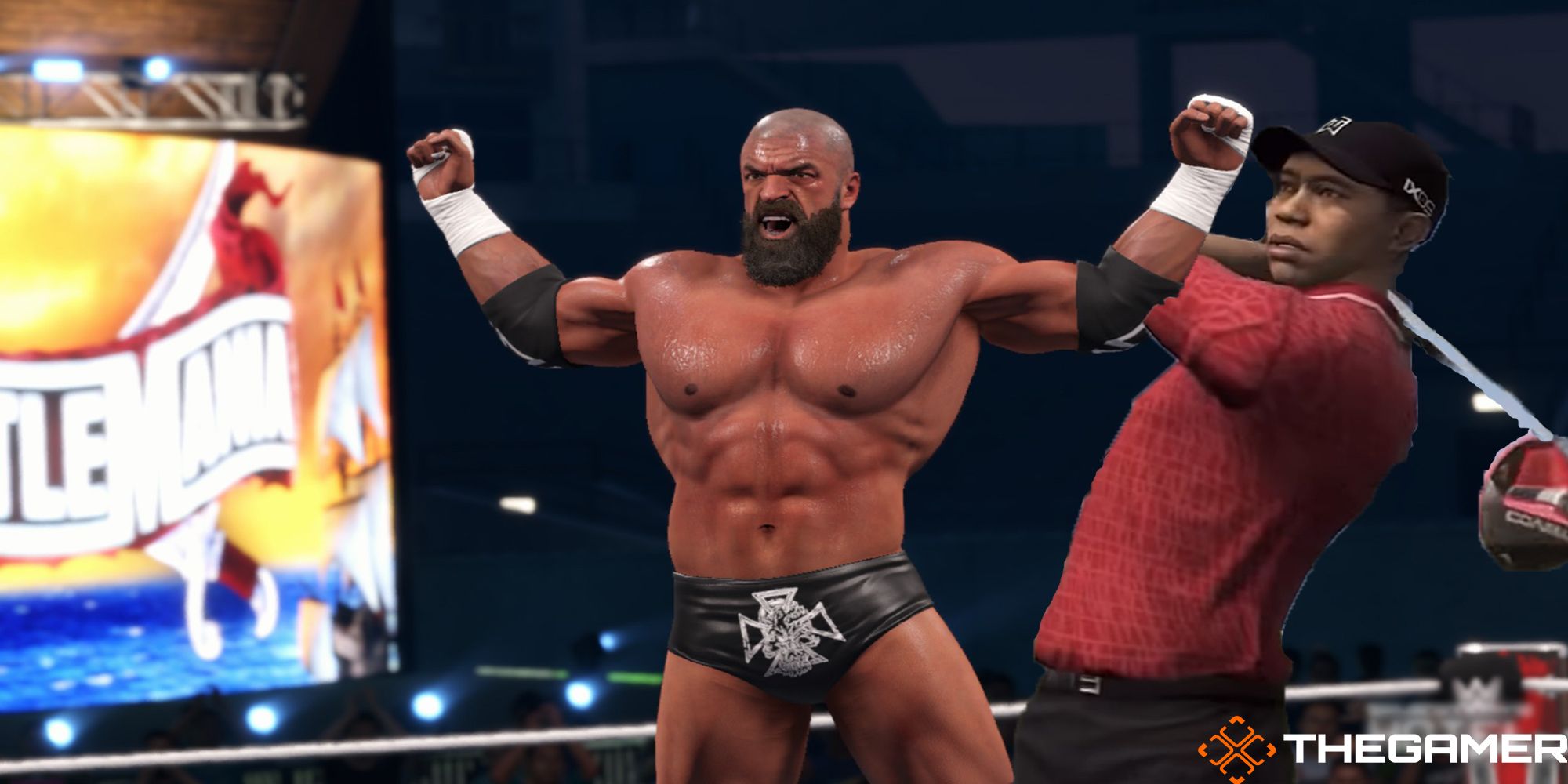 The athletes in 2K sports games all exist in real life. So, they share a multiverse already. But don't you wanna see athletes playing sports they are in no way equipped for?

Think about it. Could Tiger Woods hold his own in a WWE cage match against Triple H? Probably not, but I'd play it. 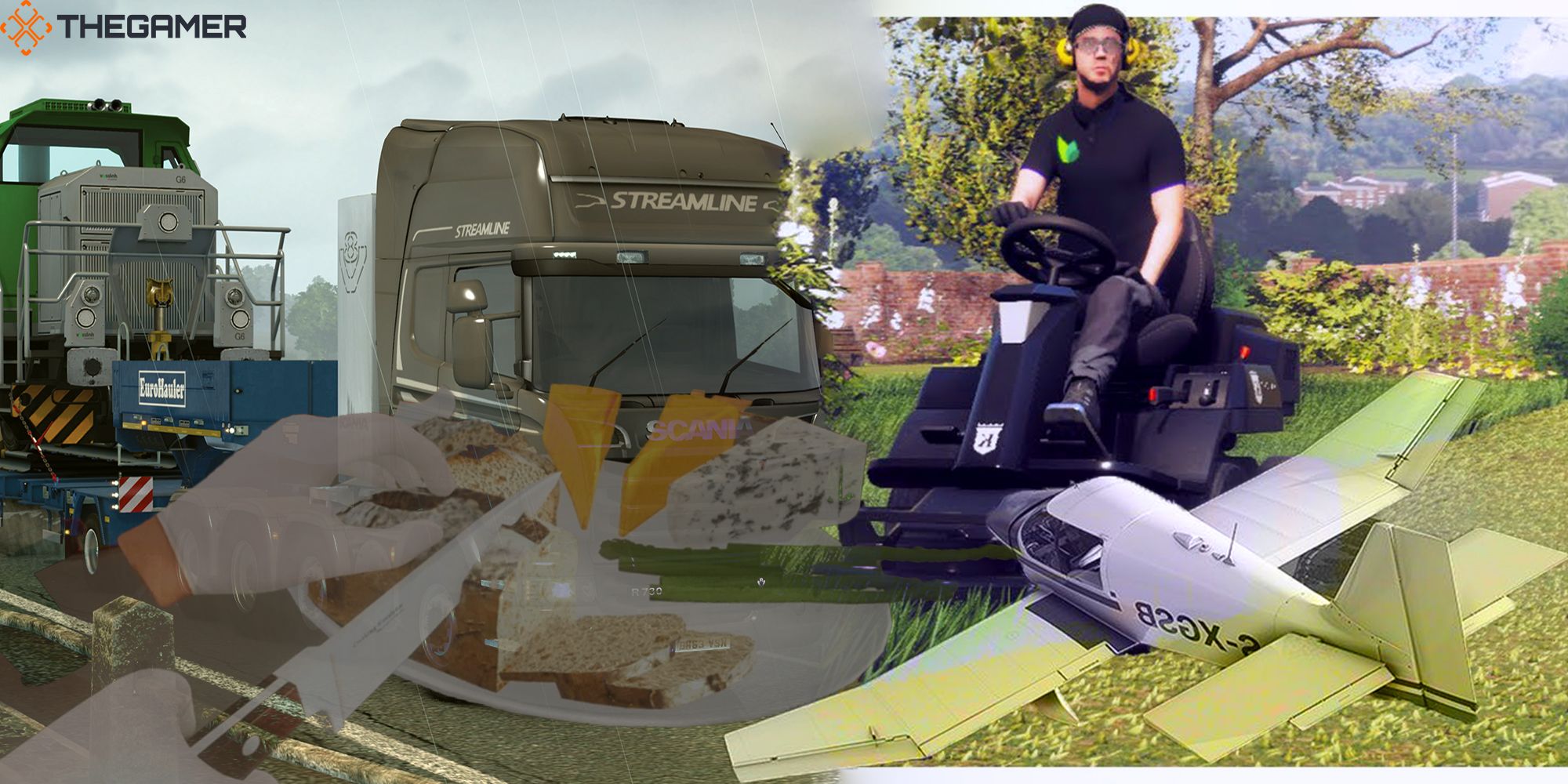 So many sims, so little time. I say, let's just mash them all together! 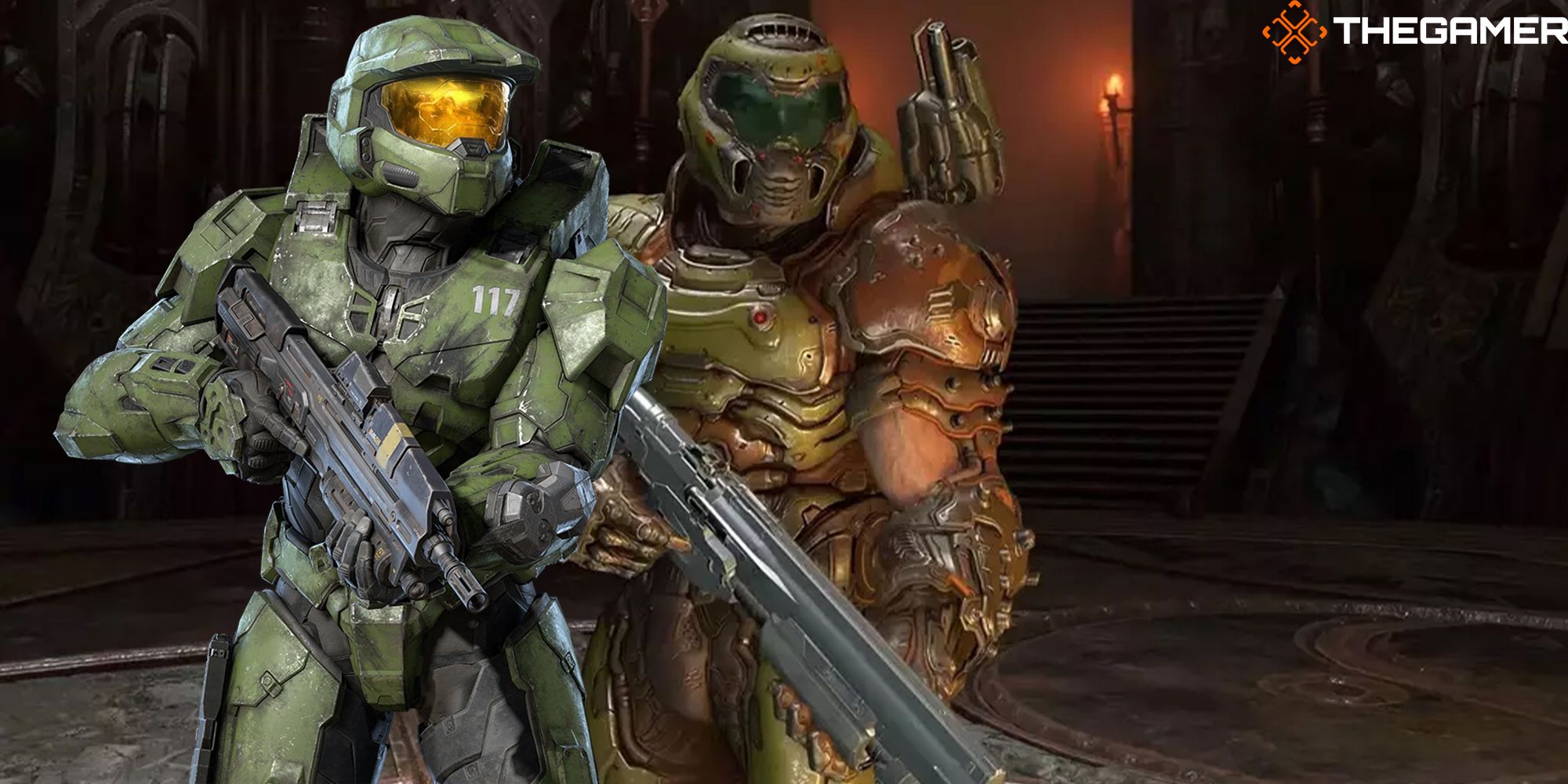 Let me preface this pitch by disclosing that I am not well-versed in Doom or Halo. However, considering they're both pioneering first-person shooters that take place in space, a crossover makes sense.

Also, considering the commercial and critical success of Doom Eternal and Halo Infinite, Xbox Games and Bethesda will have a tough time concocting their next act. However, there's no problem that a good crossover can't solve!

For goodness sake, we saw Master Chief fight Kasumi in Dead or Alive but not gunning down demons in Hell? That seems like a missed opportunity! 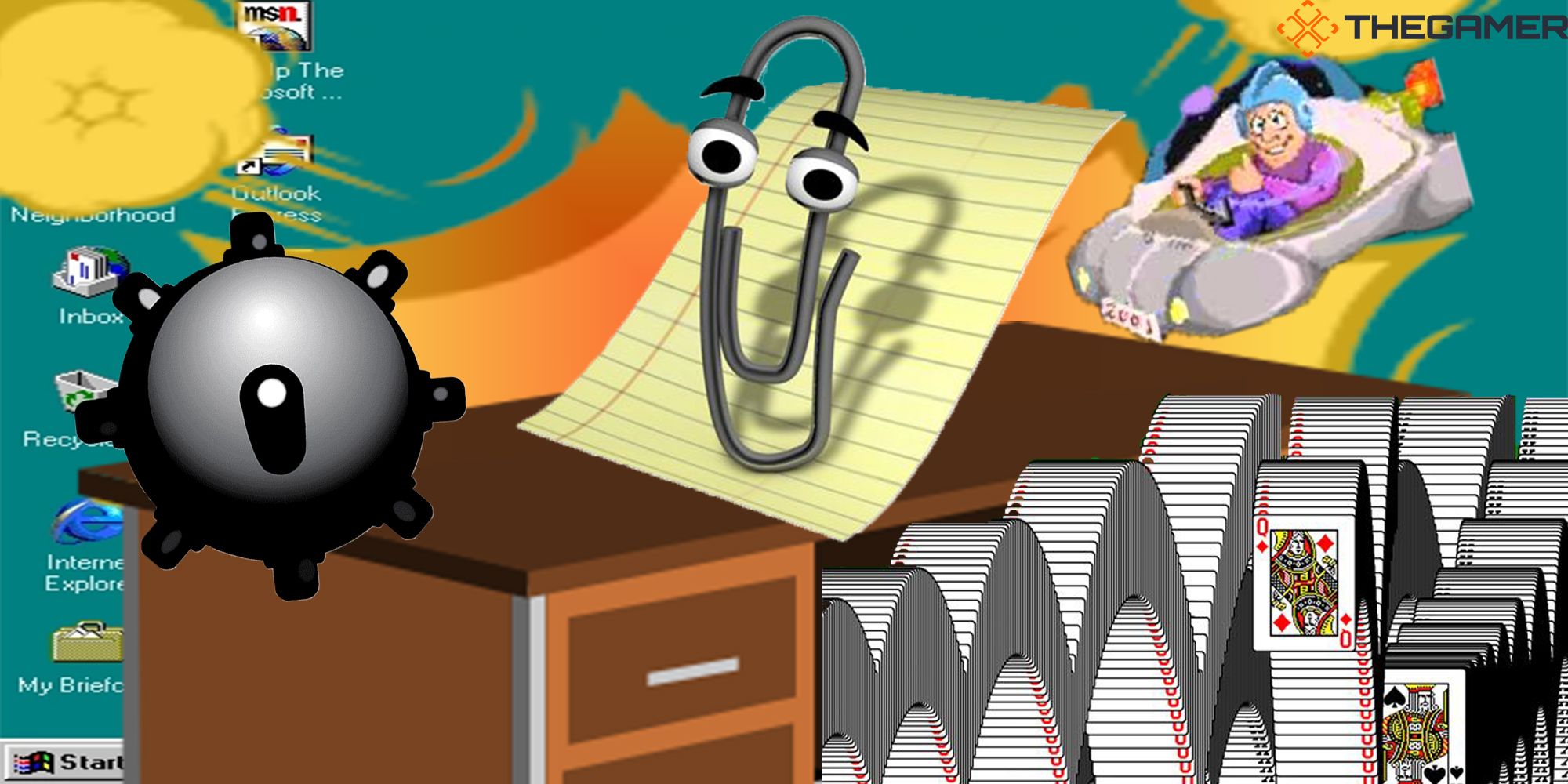 Does anyone else have a warm, fuzzy, nostalgic feeling for the PC game library of yore? In particular, I’m thinking of Windows 95’s suite of pre-installed games. You know the ones: Solitaire, Minesweeper, that zany space Pinball game. Well, I want them back!

The current versions of these games are not the same. For example, Windows 11's Solitaire Collection is monetized and doesn’t slap like it used to. Plus, I miss the glitch that made me score trillions of points from an endless session of Pinball. And remember how exciting and anxiety-inducing the retro Minesweeper was?

These games need a major triple-A comeback led by a highly recognizable mascot. Who is this mascot, you ask? None other than the MICROSOFT OFFICE PAPER CLIP!

That’s right, buddy, everyone is here! So we got the jumping deck of cards, the spaceship, the relieved smiley face, and even the mines! And they’re gonna face off in a battle of the 20th century!!!

Come on, Bill Gates! BRING. THEM. BACK.