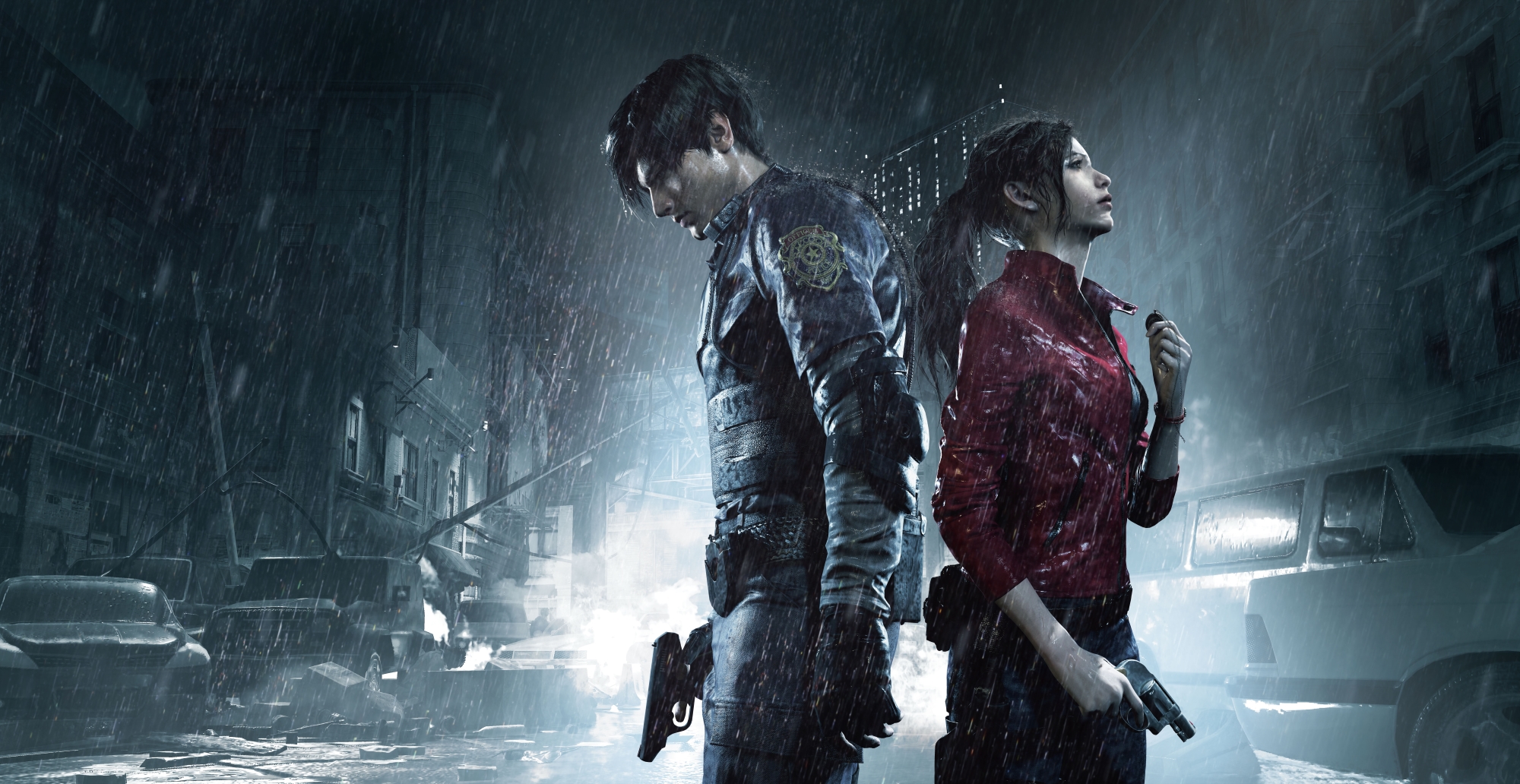 The Wednesday Inbox tries to work out what the next Star Wars game will be, as readers defend the new Mortal Kombat movie.

Long standing Resident
So everyone seems pretty optimistic about Resident Evil Village and I can’t blame them, as while I missed the first PlayStation 5 demo I did like the castle one at the weekend and all the trailers and previews seem good too. Resident Evil 7 was solid, so everything’s in place, but will it end up being the best of the series?

That’s got to be the goal of any sequel, surely, and this one is purposefully invoking the spirit of Resident Evil 4, which I think most people would consider to be the best of the series. Or at least they used to. Nowadays I think the controls are just too old fashioned for it to really shine like it did, and yet without them I don’t see the original pace and action working in a remake.

So if you take 4 out of the picture which is the best one? Not 7 I would say, and definitely not 6 or 5. It was also definitely not 3, remake or not, and Code: Veronica is so creaky it makes Resident Evil 4 feel like it was made yesterday. So that leaves you with 1 or 2? That’s kind of surprising given the series is 25 years old and the first two are still the best.

Given the remake my vote goes for 2, but I can totally respect anyone choosing the original (assuming they mean the remake). So will Village be better and if it’s not what needs to happen to take the title? If 9 is an end to the first person trilogy will it be till number 10 before we see a complete rethink that can finally outdo the older games?
Kory

Everybody knows
I love how the problem with FIFA and its loot boxes is the fact that everyone knows they’re bad, and EA is taking advantage, but they can’t just stop themselves from buying them anyway. It’s like people knowing smoking is bad for them but carrying on anyway because they like it.

In that sense I’m glad to say I’m not that much of a football fan, so while I do play the game occasionally I’d never spend any money on microtransactions or anything like that.

Although I don’t think the leaked presentation is much of a smoking gun the one thing I do take issue with from EA is that hoiler than thou denial that they don’t target children. They might not put ads on Cbeebies but the game is rated 3+ and they have no way of knowing who’s spending money on random loot boxes, and I’m sure a lot of them are kids.

Loot boxes are so obviously gambling it’s not even a question in my book. I’m not going to take to the streets to complain but we all know it’s a bad idea everything would be better off without.
Kaliber

Forced to wait
So now that this Knights Of The Old Republic remake turned out to be a bit of a downer what do we think is going to be the next Star Wars game? As far as I can tell the Ubisoft one is the only officially announced one and yet that’s years away. So in the meantime it’s more likely to be Fallen Order 2 or Battlefront 3?

Fallen Order is not even two years old yet so it doesn’t seem likely that another one would be ready till next Christmas at the very earliest, probably the year after. That’s not because EA or Respawn are doing anything wrong but just a sign of how long it takes to make AAA games nowadays.

From that perspective I can understand why Lucasfilm also gave the licence to Ubisoft, even though we all know what they make will be identical to all their other games but just with a Star Wars topping.

Squadrons was a good idea for something smaller and quicker so I hope they’ve made a deal with someone to do a strategy game or some other less obvious genre. There’s so much that could be done but at the speed these games take to make we’ll be on Episode 10 before another one comes out.
Dolmio

Don’t argue
I see people dismiss death threats on Twitter all the time, as if it’s just a game or it’s ‘obvious’ that they don’t mean it. Then we get a story like that guy that was going to stab his way through the Genshin Impact developer. This is not a thing to joke about, especially when swatting is something that has killed people in America.

Obviously you’d never seen such madness on the Inbox but you still see people getting worrying angry about something as trivial as video games. Surely the point of enjoying them is that they don’t matter? They’re entertainment that you can get into and not have an argument about. Except cheating in Call Of Duty, I guess. That I can understand.
Olly

Definitely one for the readers
Would it be possible to use a USB 3.0 hub with my PlayStation 4 so I could get a steering wheel working along with my VR headset? I have a hard drive in my second USB slot so a hub would be my only option, as far as I know. One for the readers probably. It is a PS4 slim model, so it only has two slots I think.
Bobwallett
PS: To the Call Of Duty cheating question, it has been rampant since the PlayStation 3 games. People even sell the cheats online. Never used one but I’ve seen them on eBay.

Next gen fighting
Since I’m not much of a superhero fan I don’t really care whether NetherRealm make a DC or Marvel game next but what I am interested in, is what they’re going to do about the next Mortal Kombat. Even with the new generation I just don’t know where they go from Mortal Kombat 11, which may not have been perfect exactly but I’m struggling to think of any major features it was missing or any way the new consoles could allow for things it didn’t do.

Street Fighter is in basically exactly the same situation where I just don’t see what else there is to do. Capcom could do with a decent story mode and a few more of Mortal Kombat’s bells and whistles but in term of the gameplay I already thought Street Fighter 5 was struggling to justify itself, and that’s ignoring the fact that 4 was basically just a remake of 2.

People have been talking about this problem for years with fighting games but I really do think it’s hit the point where there’s nothing obvious to change at all. When even the prospect of a new generation doesn’t offer obvious new opportunities where do you go from there? And even if you do say that the better graphics and faster loading is enough what on earth do you do for Mortal Kombat 13?
Casper

Casual Kombater
I’m not a massive Mortal Kombat fan, I’m someone that played various past iterations at friends’ houses for a couple of goes. I’d learn a few combos and that’s it. I did buy the last Mortal Kombat, which is actually the first one I ever bought.

I absolutely loved the story mode and couldn’t believe I had basically bought a movie with some fights sandwiched in… I loved it! I watched the new movie on Sunday night and I love that too! Hope they make another one. I’d put it on par with the Silent Hill movie as best video game film.
TommyFatFingers (quest 2)

GC: That may be the mildest compliment we’ve ever heard.

Twice the action
I’ve watched the new Mortal Kombat movie twice and I enjoyed it.

Sub-Zero and Scorpion have been adapted wonderfully for the big screen, they really nailed those characters, especially with the ice special effects.

I’ve never played a Mortal Kombat game for the story and I’ve been with the game series since day one. Anyone old enough to remember Mortal Monday? I can’t say it’s ever had a good story to adapt to the big screen, which is probably the weakness of the new movie and the others before it.

When characters have to introduce themselves and tell you their names so that we know who they are, when it’s blatantly obvious to fans who they are, seen as he’s of Asian origin and has a round razor-like hat on his head, it’s quite annoying. I suppose it has to appeal to the masses to generate as much revenue as possible, but it was never going to have Tarantino plot twists or Oscar, winning performances judging by the main story in the games.

Any fan should watch it. They’ve nailed the characters better than the other films. I hope it does well because it leaves it wide open for a sequel at the end. Some actors have already penned deals for further films I read somewhere online.

I had to have my say after the harsh words on it in the Inbox. It’s worth at least one watch for the blood, guts, fatalities, and fan service.
Nick The Greek

Inbox also-rans
Could you please point out to you readership that SatansTherapist’s claim that it cost £13.89 to enable Dolby Atmos on the Xbox One S and Series X/S is completely false. It’s free on Xbox but you do have to pay a one-off payment on headphones.
Anon

I’ve just watched a 17-minute gameplay of a game called Lost Soul Aside and all I can say is wow! It looks like Bayonetta on drugs.
Zombiekicker

This week’s Hot Topic
The subject for this weekend’s Inbox was suggested by reader Watson, who asks you to imagine a brand new fighting game featuring your favourite characters.

If you could create a fighting game featuring existing characters from another game, film, TV show, or comic what would it be and how would it work? Do you think there’s any genuine chance of it happening and do you honestly feel it’d make for a good game?

You can include crossover ideas like Marvel Vs. Capcom, as well as an equivalent of Super Smash Bros., but try to make your suggestion relatively grounded, with a manageable roster of characters and plausible moves and features.