Xbox Games with Gold subscribers may have already exhausted all the free games from September. Thankfully the Xbox live Games with Gold offers roll around every month, so the good news is that four new free games are just around the corner.

However, away from the cliche's it's worth noting that Xbox Live gold subscribers might be waiting a lot longer than usual for their next batch of free games.

There was once a time that Microsoft used to be fairly punctual when it came to announcing the Games with Gold lineup.

Normally this took place around the 20th of each month, with Microsoft's Major Nelson, the Director of Programming for Xbox Live, normally delivering the news on his Twitter channel.

However, recent announcements would suggest that actually, Xbox are taking a different approach and thus we could be waiting some time for the October reveal.

If you look back over the past few months, the Games with Gold announcement appears to be shifting more towards the final few days of the month.

For example, the May 2019 Games with Gold lineup was revealed on April 29. Then the June Games with Gold reveal took place on May 30. Likewise, July's lineup arrived on June 29 and August's games were revealed on July 29th. As for September, that was confirmed on August 30th.

Assuming Microsoft keeps it up, we can likely expect another week before we find out what they have in store for the next selection of Gold titles.

You'll find a reminder of what games are currently free to download, just below. 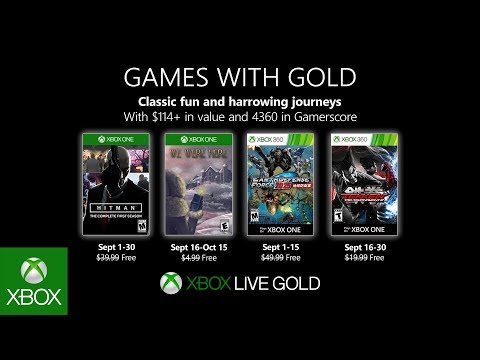 Throughout September subscribers have had the opportunity to download 4 pretty decent free games for their console.

According to Major Nelson, September's lineup provides over $114 dollars in value and up to 4360 in gamerscore.

However, it goes without saying that these free games won't be available forever, so why not take the opportunity to download them now before you forget.

After all, they're yours to keep forever, so it's well worth you spending 5 minutes now to add them to your Xbox Live account. You'll thank us later!