Genshin Impact might seem like an easy Gacha game at first, but the farther players get in it, the more difficult it becomes. Spiral Abyss Floors start getting outrageously difficult at higher levels, enemies only get harder as the story missions continue, and at certain Adventure Ranks, players will raise their World Level.

So, in order to help newer & even veteran players get the most out of their experience, here are ten things that even the pros might not know about. 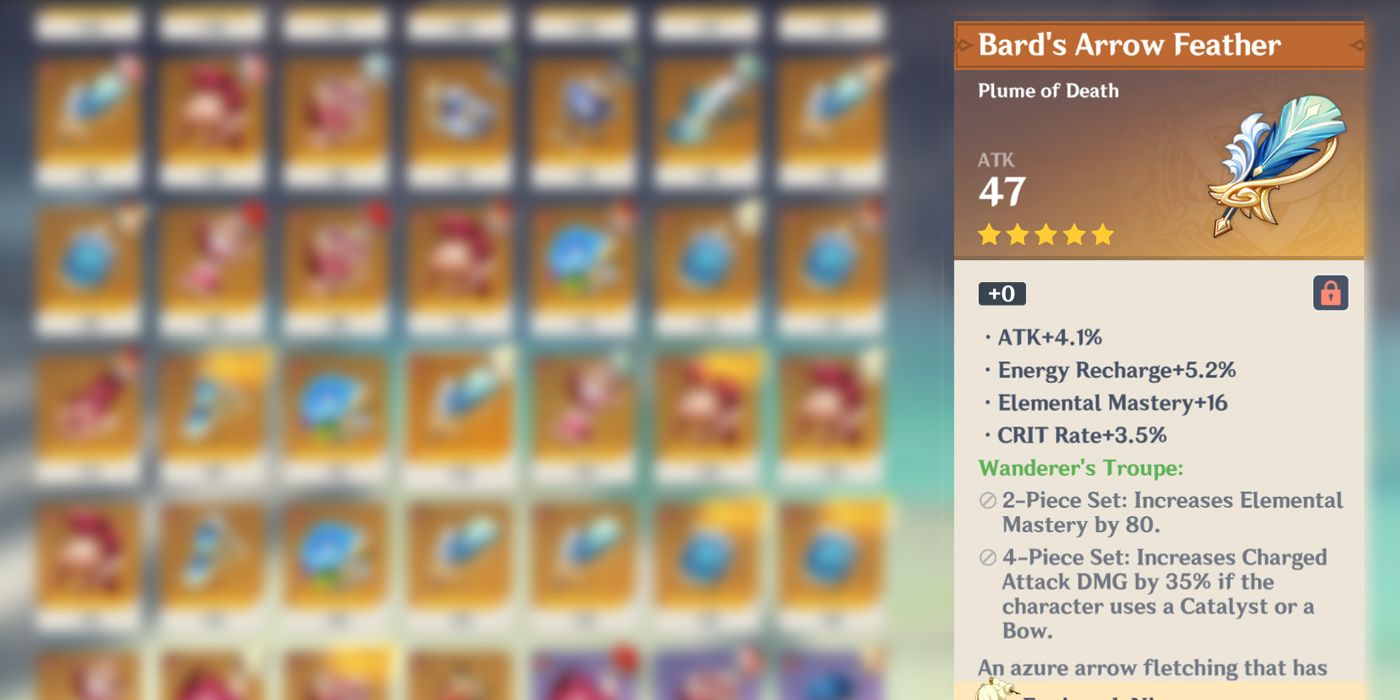 Artifacts start becoming crucial to a character build at around Adventure Rank 30+. Around this time, players start getting 5-Star Atrifacts pretty often, and it’ll become time to start looking out for specific bonuses. Some characters scale well with Crit Chance, some with Crit Damage, some with pure Attack, and even some scale with Defense.

But, what people may not know is that 5-Star Artifacts can start with either 3-or-4 innate stats. And, as it turns out, the ones with 4 innate stats are better. This is simply because they have a chance of reaching 6 innate stats as the player levels them up.

9 Most Characters Have Neat Little Exploits 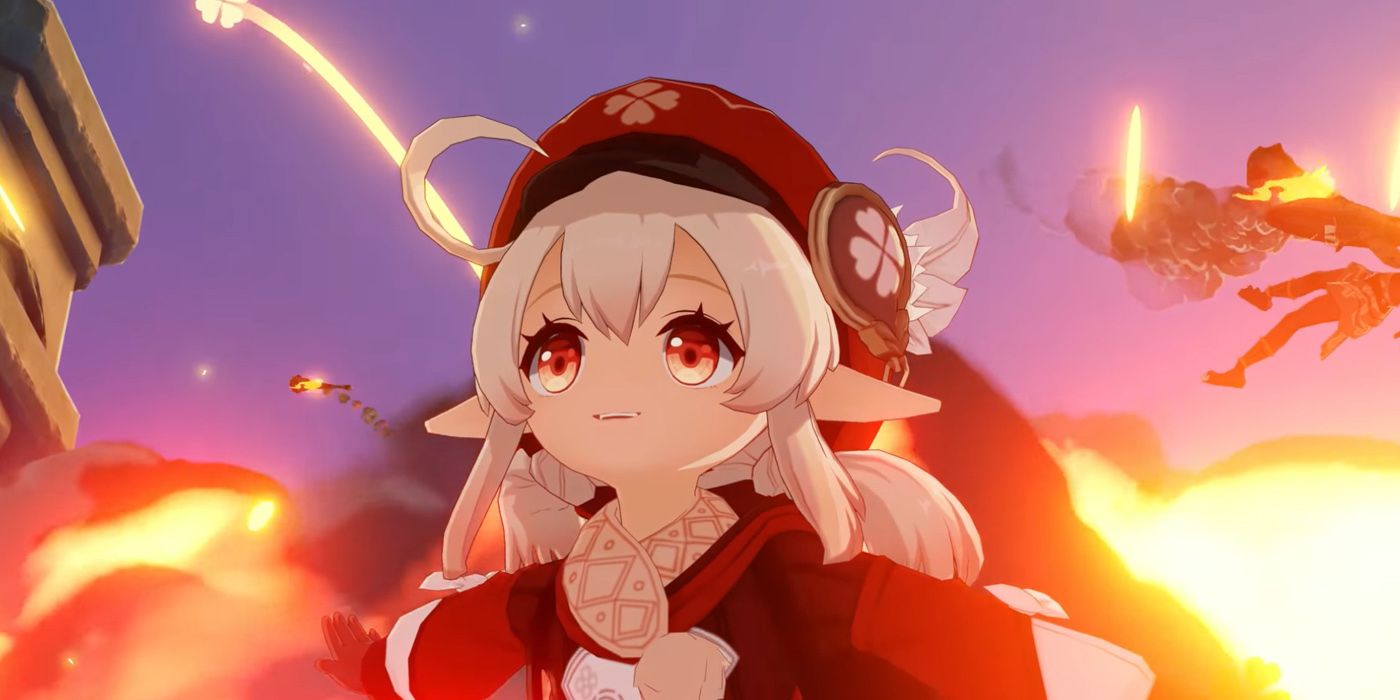 A lot of the playable characters in Genshin Impact have little tricks that the pros use to get the most out of them. These aren’t tricks that were intentionally included by the developers, rather they’re small exploits that give the dedicated player a slight edge. Some examples are:

And, these are just a few, there are plenty more where that came from!

8 Buying Local Specialties From Shops Counts Towards The Battle Pass 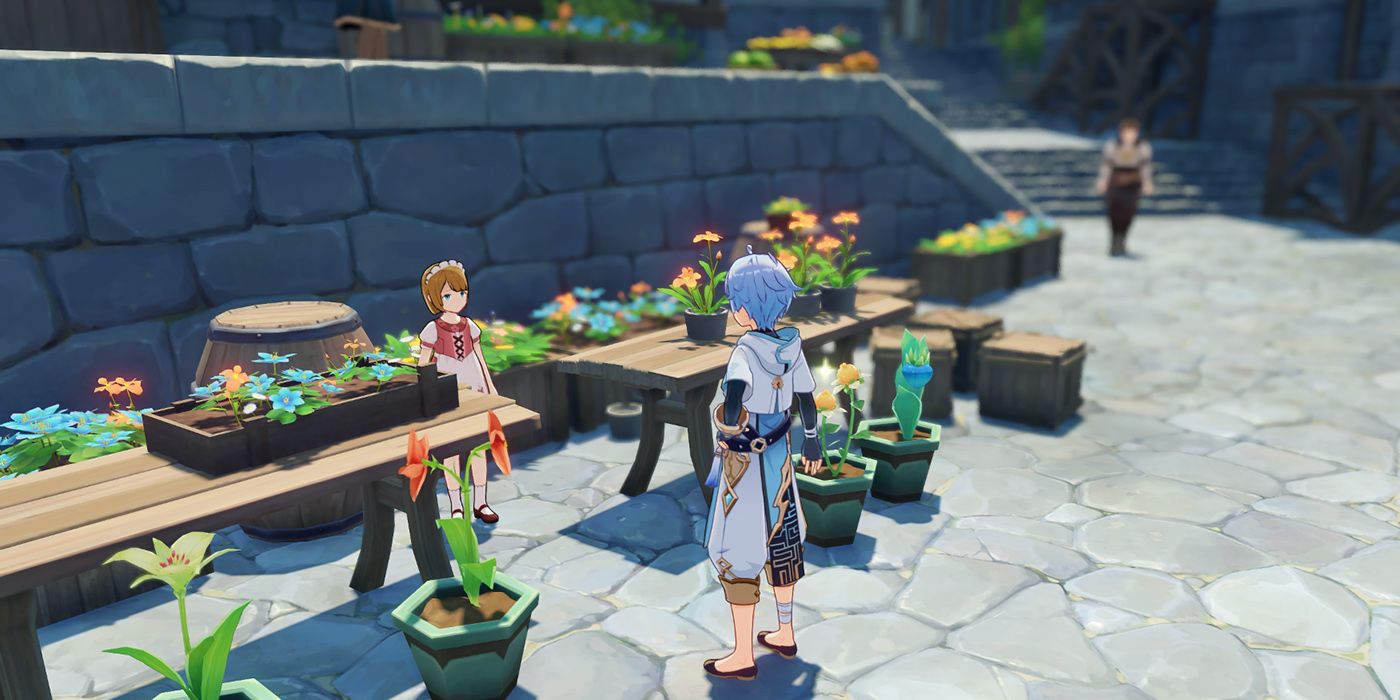 It’s honestly a bit surprising that more players don’t know about this trick, but every week, there are two missions in the Battle Pass that request the player to gather 100 Local Specialties from both Liyue and Mondstadt. For Liyue, this is stuff like Jueyun Chilis, Cor Lapis, or Glaze Lillies. For Mondstadt it’s Valberries, Philanemo Mushrooms, or Dandelion Seeds.

But, players can actually just buy a ton of these ingredients form the numerous NPC Merchants spread throughout Teyvat, and save themselves some of the tedious work. Some examples are: 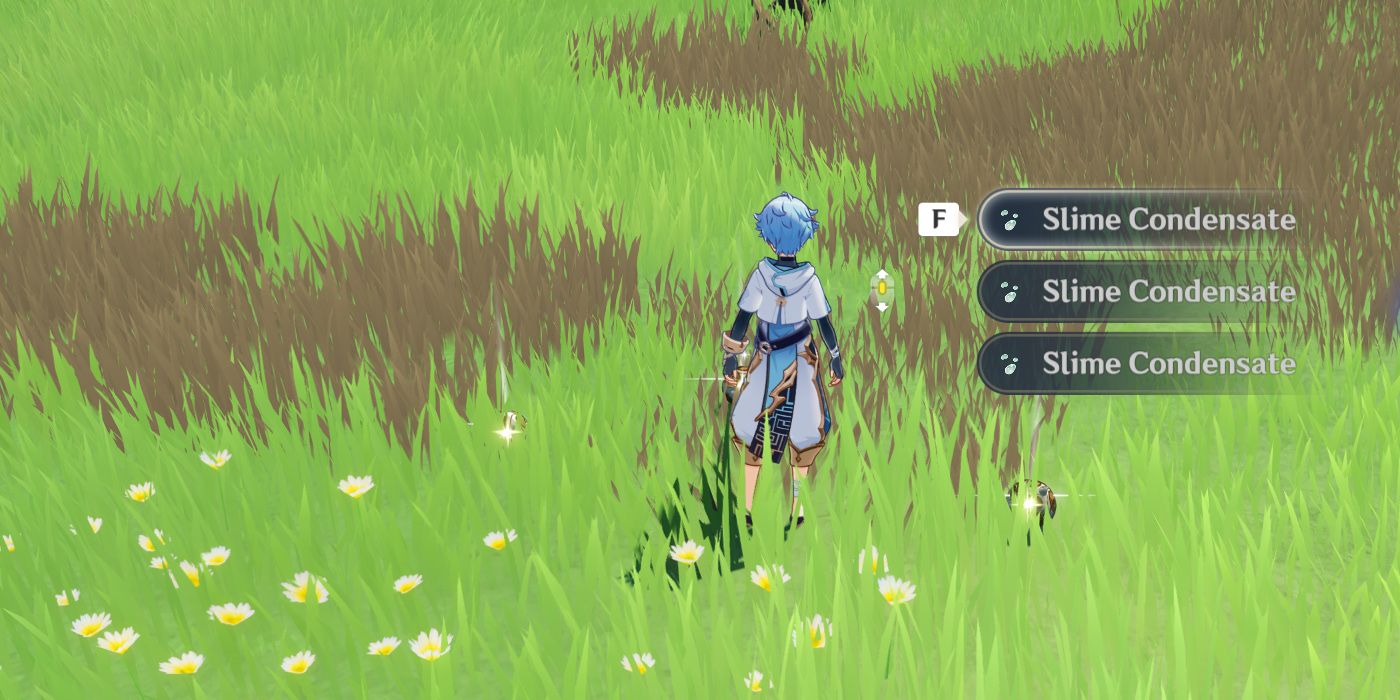 It’s crazy that Genshin still doesn’t have a way for players to loot all the nearby items quicker, or does it? Sure, this method is not something the developers probably intended, and it sadly doesn’t work on PS4, but it still helps PC players out nonetheless.

Basically, players just have to scroll their mouse wheel up and down (relatively quickly) while spamming the button to pick up items. Doing this scrolls through the list of items on the ground and, for some reason, lets the player pick items up about twice as quickly.

6 Pity Counts Carry Over Between Banners 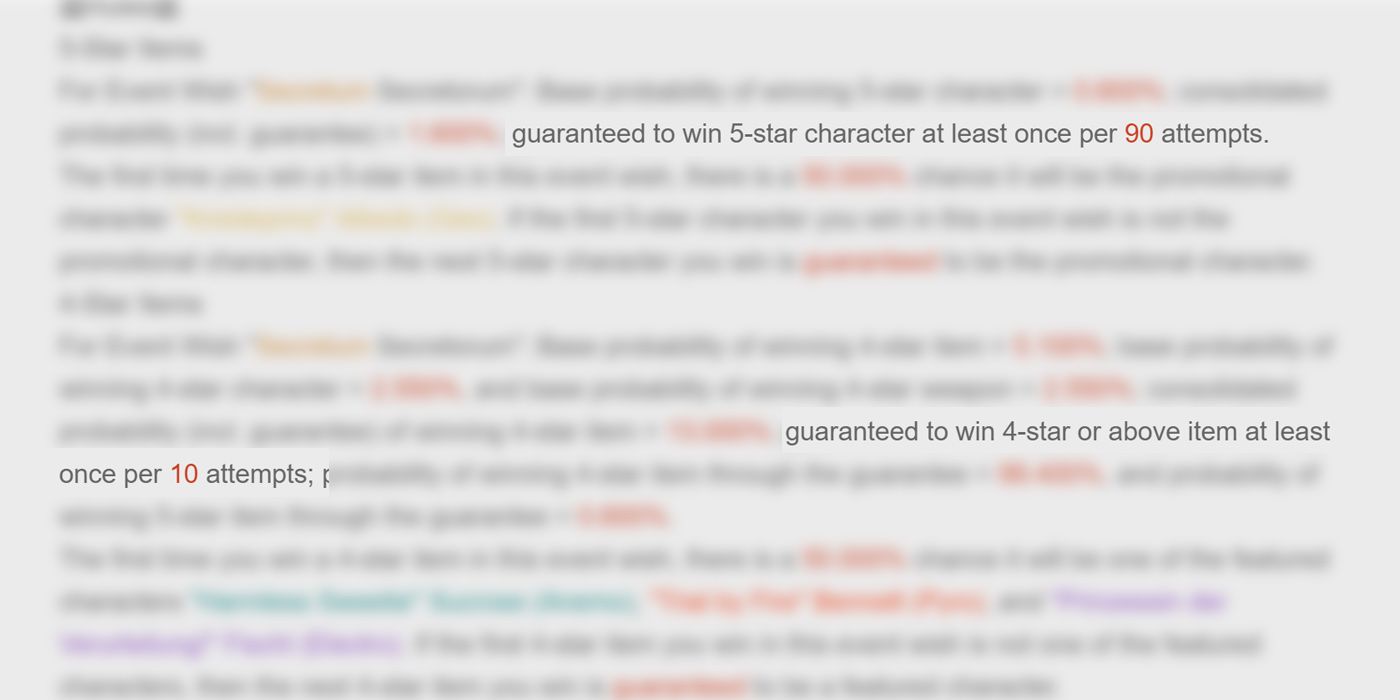 This next one is just a bit more explanation into the way Genshin Impact’s “Pity System” works in regards to using Wishes on Banners to get characters. Basically, every 90 rolls, if a player hasn’t received a 5-Star, they will on the 90th. But, did people know that if they already got a non-event 5-Star in a Banner, the next 5-Star they’ll get is guaranteed to be the Event Character (such as Venti, Klee, Albedo, or Ganyu)? Honestly, tons of people aren’t aware that this is how it works.

Not only that, this system actually carries over between Event Banners. So, for example, if someone Wished on the Albedo Banner, got Diluc on their first Wish, then Wished 89 times without getting another 5-Star, their first roll on the Ganyu Banner would be Ganyu. Be aware, this doesn’t work between the Standard Wishes and the Event Wishes, as these two Banner categories count Wishes separately.

5 Dash Jumping Is The Fastest Way To Get Around 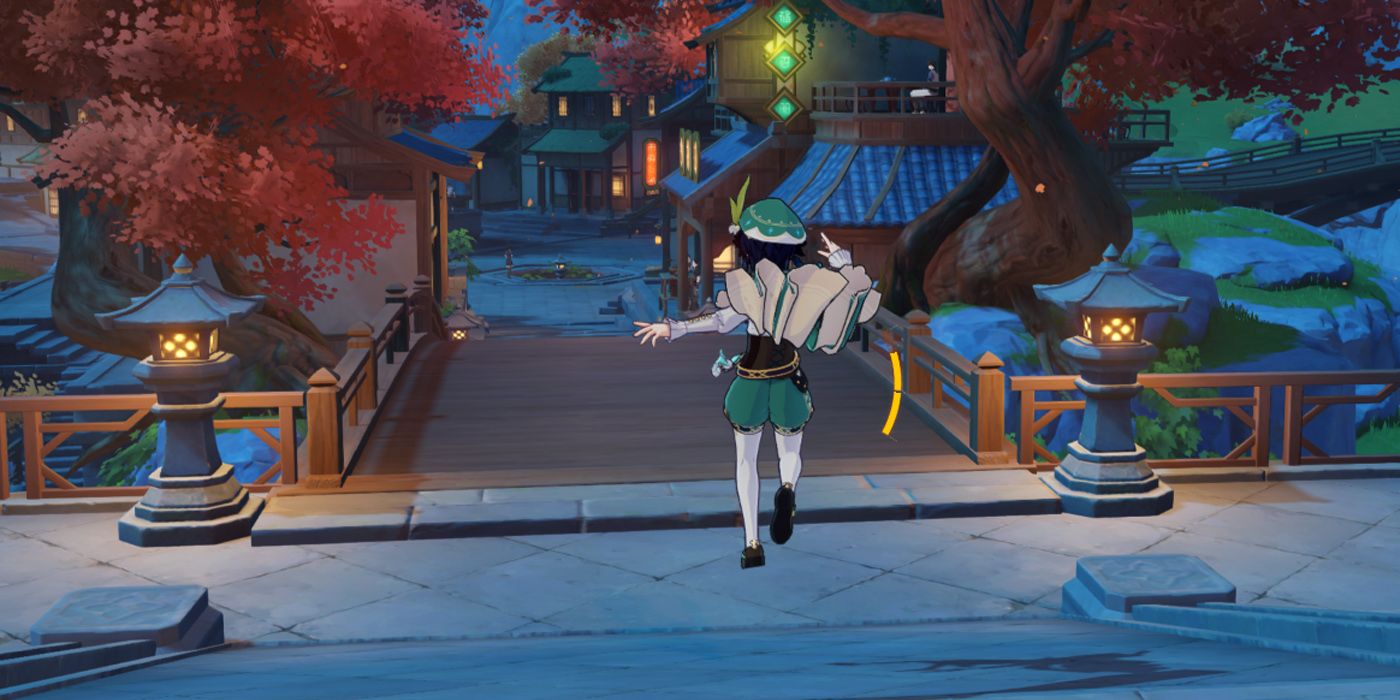 Just like with almost every game, Genshin Impact has a method of movement that is the “quickest & most efficient.” Of course, it’s just as awkward-looking as some of the classics like Ocarina of Time, but if it means getting around the map faster, it’s absolutely worth it.

Essentially, how it works is that most characters in Genshin Impact can dash and then start a chain of “jumps” in order to keep the momentum from their initial dash while also covering more ground with their leaps. It might not seem like a huge timesaver right away, but it certainly helps in the long run. But, this oddly enough doesn’t work with every character, so if a player can’t seem to pull it off, try it with someone else. 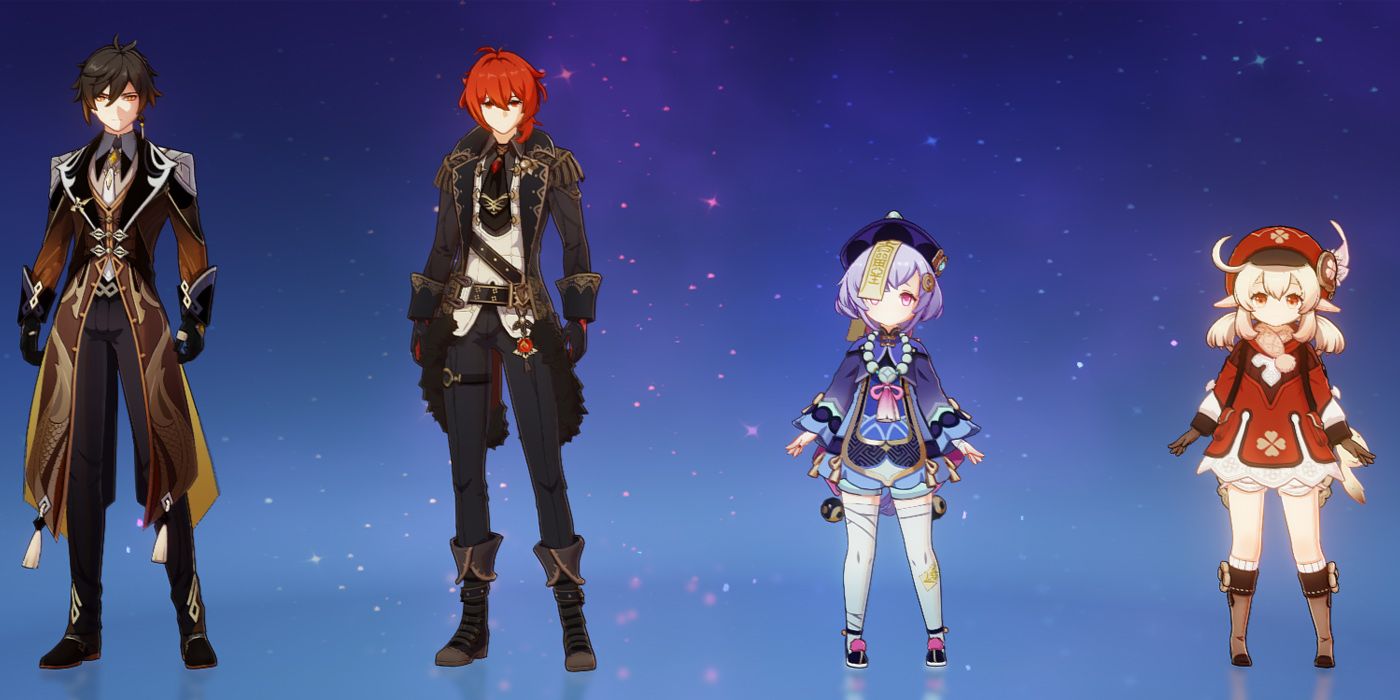 This is a system in Genshin that almost zero players are aware of, and why would they be? Turns out, height actually matters in Genshin Impact! This means that the taller characters, such as the Archon Zhongli or the mysteriously gigantic human Diluc, are able to wade through water that shorter characters would have to swim through. But, it applies to more than just that, they can also climb faster and they’ll auto-mantle where shorter characters wouldn’t be able to.

It might seem like this system is really rude towards people like the teensy zombie Qiqi or the oddly elvish-looking Klee, but these adorable little characters have their own advantages. They can fit into areas other characters can’t, such as little openings in the terrain above the Cryo Regisvine, letting them fall into the arena from above. 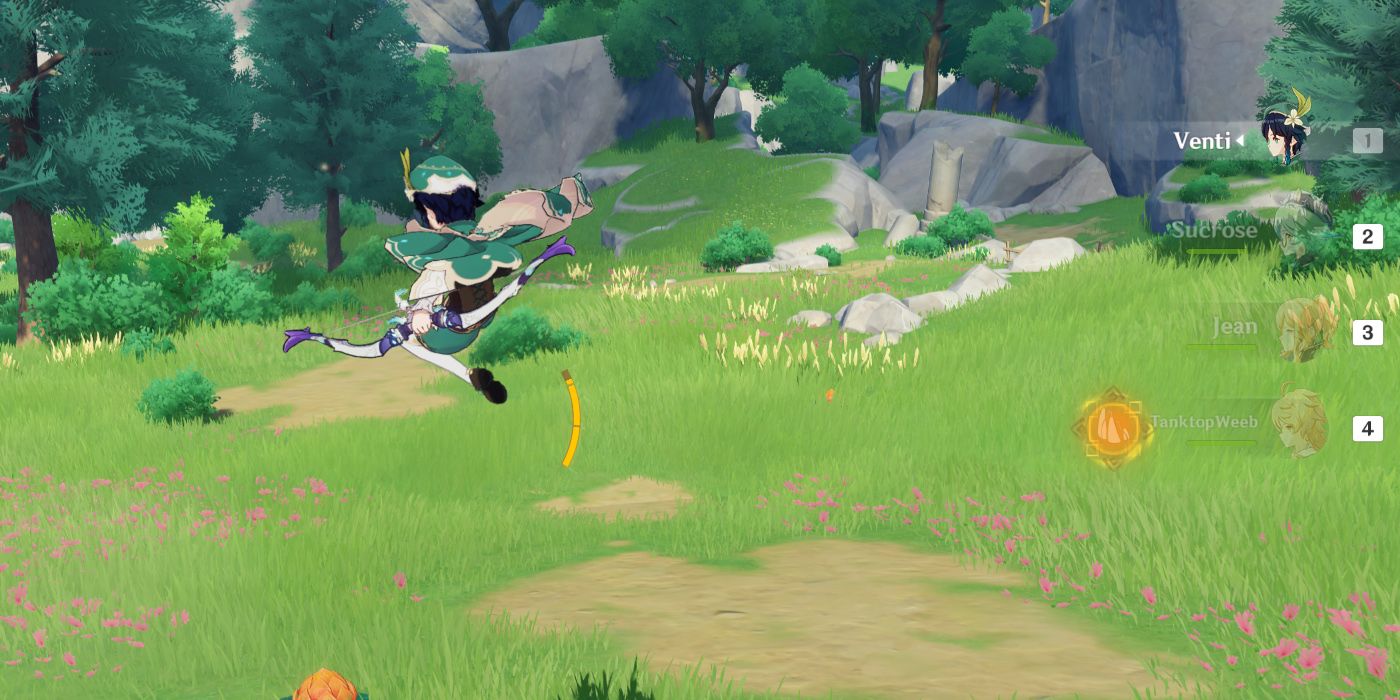 Plunging attacks are pretty useful in Genshin Impact. Are they the most useful thing in the world? Absolutely not. But, having the option to use them at any moment reliably is still something worth looking into.

And, as it turns out, momentum in Genshin seems to also affect jump height, which is why teams with two Anemo users in it can pull off Plunging Attacks using what looks-to-be normal jumps. Not only will players move 10% faster with a team like this & use 15% less stamina, but they’ll also be able to spam plunging attacks with relative ease. 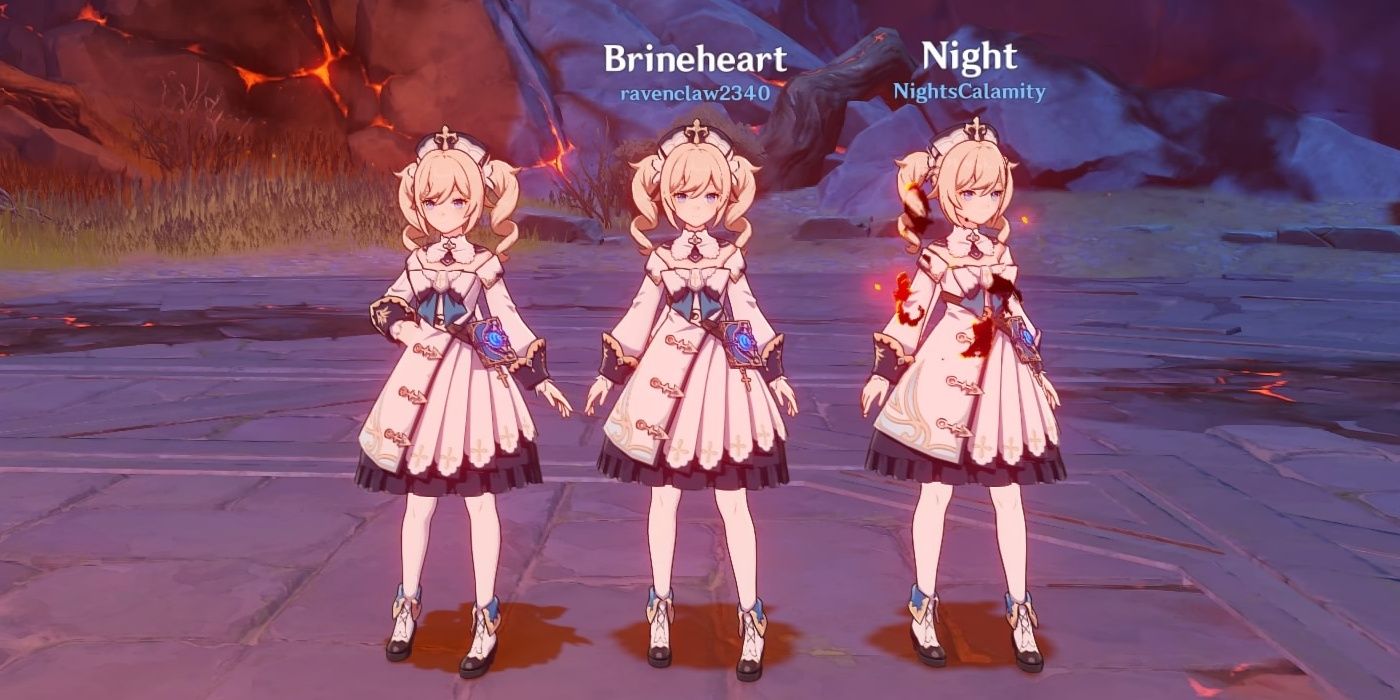 So many people still play Genshin Impact! It’s not often that a single-player focused game like Genshin stays so popular for this long, but this one is managing it. That said, it’s odd that the game has been out for months now and people still haven’t figured out how to easily double their Material routes.

Basically, if someone has farmed all the Valberries in their world, all they have to do is hop into a friend’s world and farm all theirs. Of course, it’s recommended to do this with the friend’s permission, as hopping into random people’s games to steal their resources is a bit of a jerk move.

1 Using The Instant-Cast On Swap 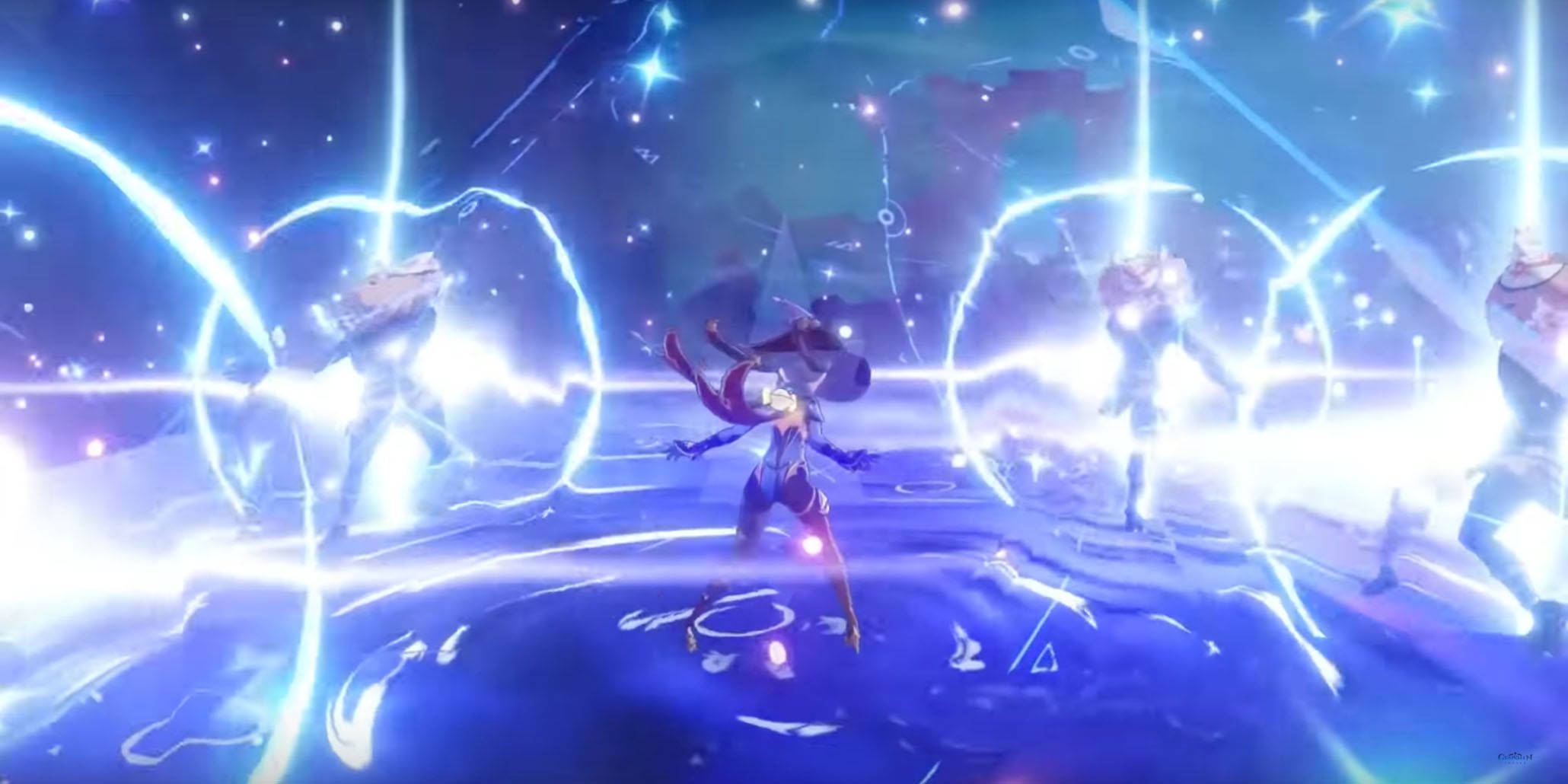 Finally, how many people know about the ability to instant-cast Elemental Bursts on swap? There’s an inherent macro in the game that allows players to switch between characters while also instantaneously casting the second character’s Elemental Burst.

Surprisingly, this function is also available on the mobile version of the game (just tap on the Elemental Burst Icon of the character in question), but for some reason, it isn’t possible on PS4 copies of Genshin Impact. That’s twice now that console players have been ignored in favor of mobile and PC players.

NEXT: Genshin Impact: 10 Tips For Completing Liyue: The Harbor Of Stone And Contracts 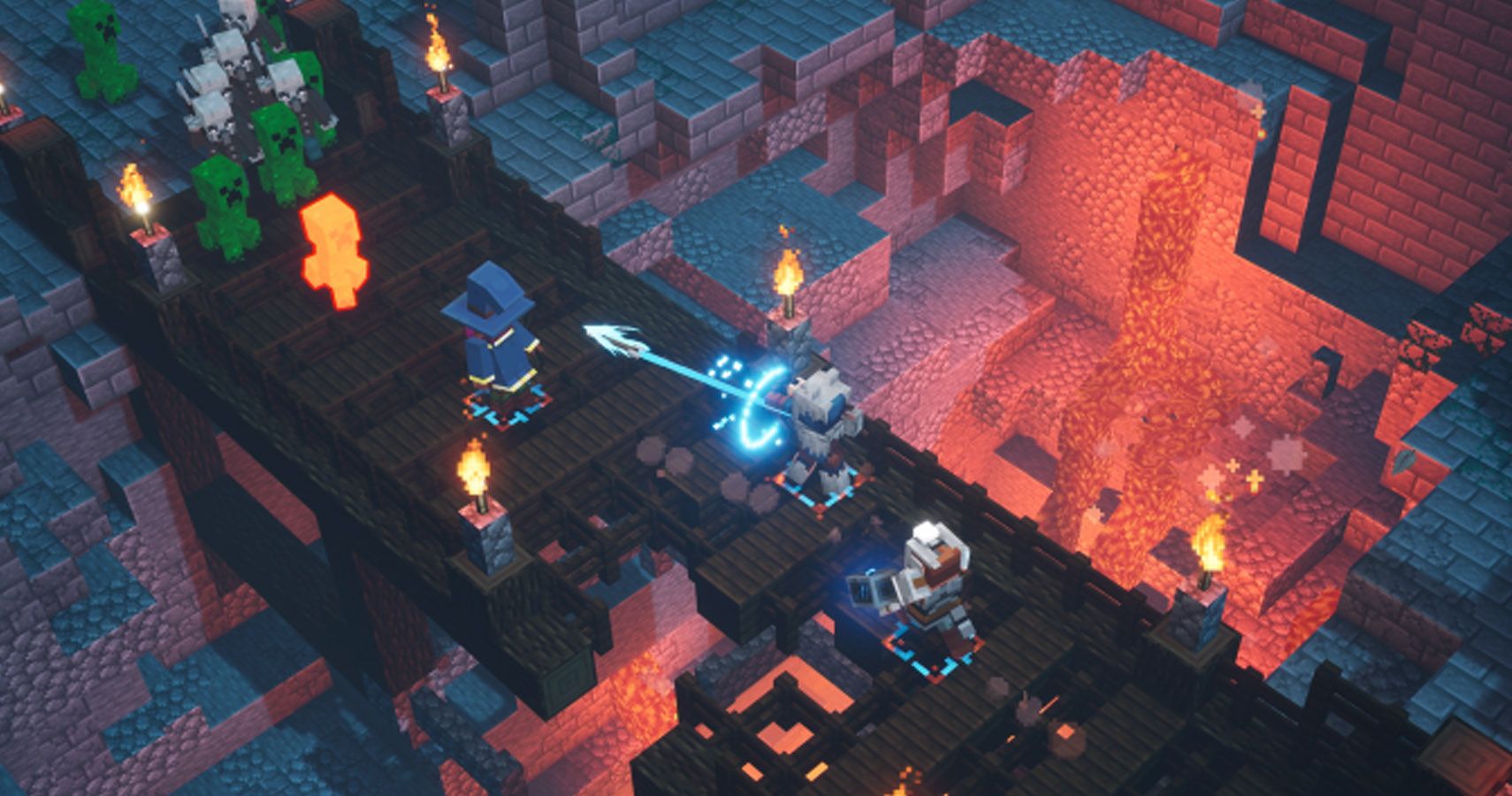