Magic has various definitions. One of the most common is that it's any sort of process that can't be explained by science. The thing is that when it comes to games like Genshin Impact, science isn't something that often comes to mind since it presents a magical world.

There are sciences in play, sure, but many characters and creatures possess powers beyond understanding and wield them with devastating effects. Most of the magic in the game takes the form of being able to manipulate one of the prime elements, with characters like Mona having lots of control and skill over her weapons of choice. 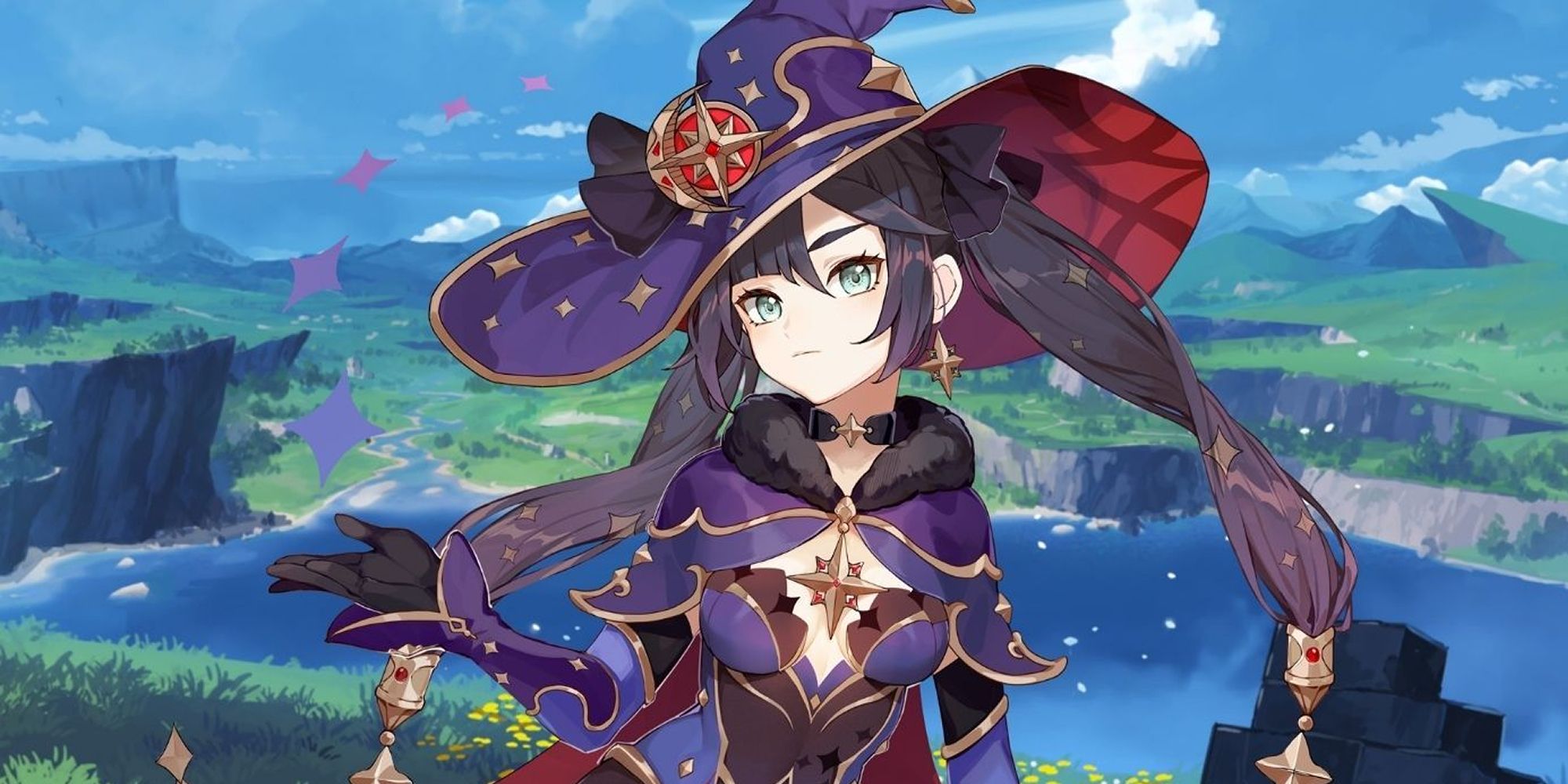 There is a lot of faith placed into the idea that celestial bodies have power that influences activity on Earth. Mona has dedicated herself to the study of this as an accomplished astrologist living in the city of Monstadt. Though she's clearly very talented, she is still studying under her mentor until she is ready to go off on her own.

As a warrior, she has the appearance of a magic wielder who uses the Hydro element in combination with her catalyst. She also has a tremendous sense of pride and curiosity which can sometimes get her into trouble.

The Best Team For Mona 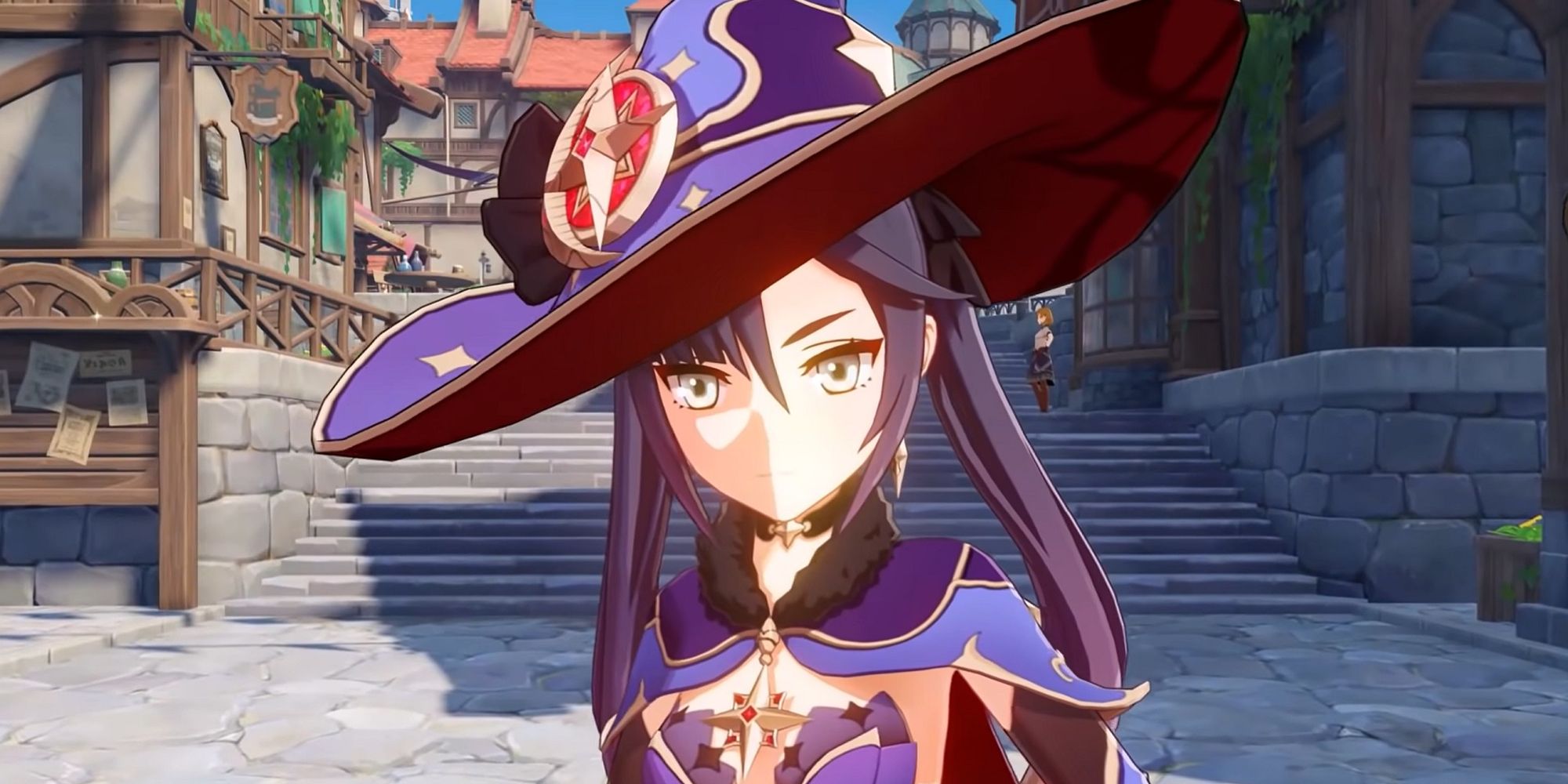 Mona is a DPS with a wide range as many of her attacks deal AoE damage. Her Mirror Reflection Of Fate allows her to create illusions that trigger Hydro DMG when set off, and her Stellaris Phantasm is able to trap enemies making them vulnerable to concentrated strikes. These abilities can be quite handy with a varied team. 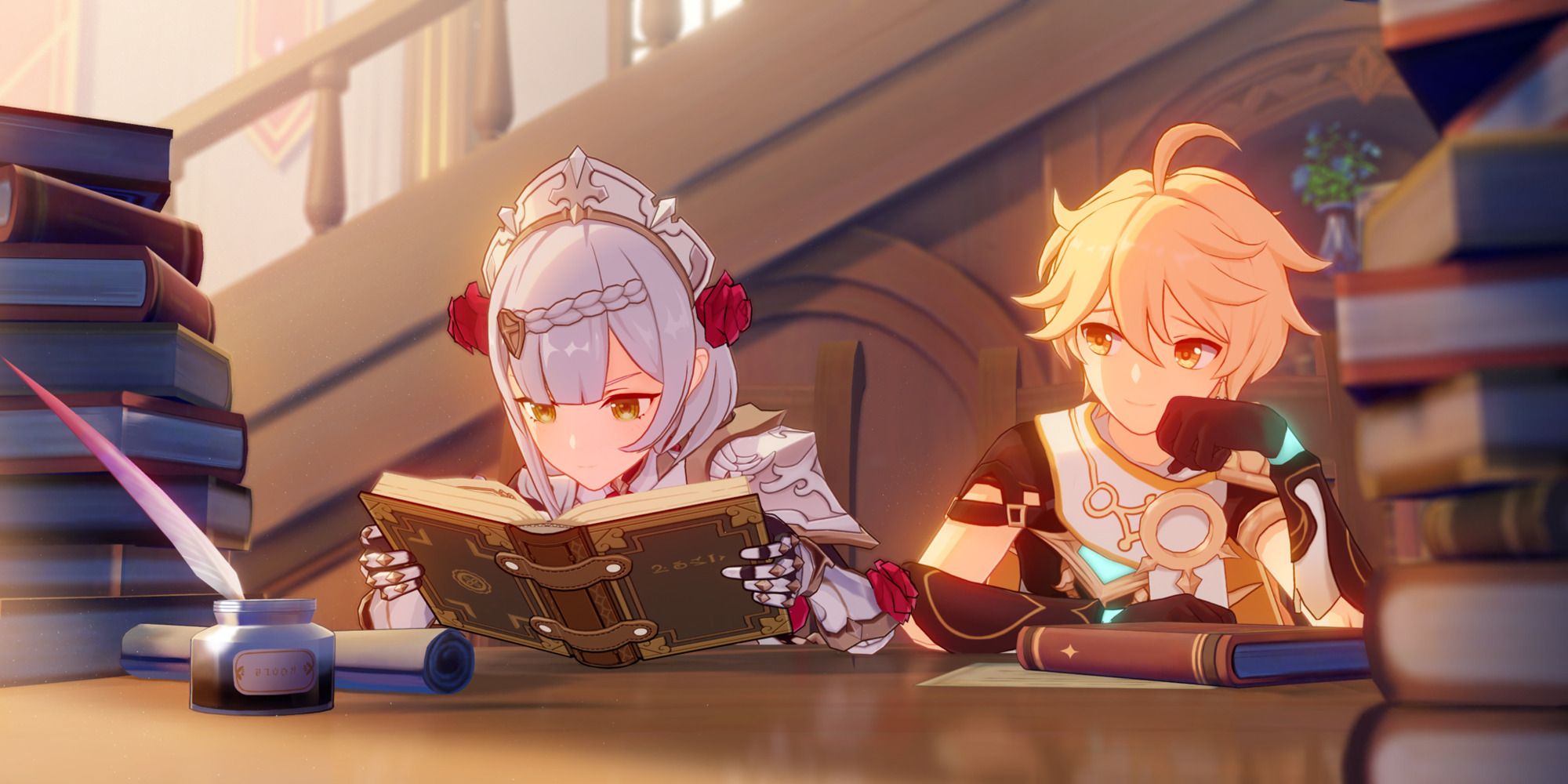 Water is a patient element that wears down anything, but it's good to have earth to keep it in check. Noelle can aid Mona with her claymore and Geo-based tactics. Mona has no definitive way to protect or heal herself, so Noelle can fill that role.

Her Breastplate skill creates a shield that absorbs damage that can heal Mona and the rest of the team. Additionally, her Devotion allows Mona to automatically summon a shield if her health drops too low, protecting her from all forms of damage. 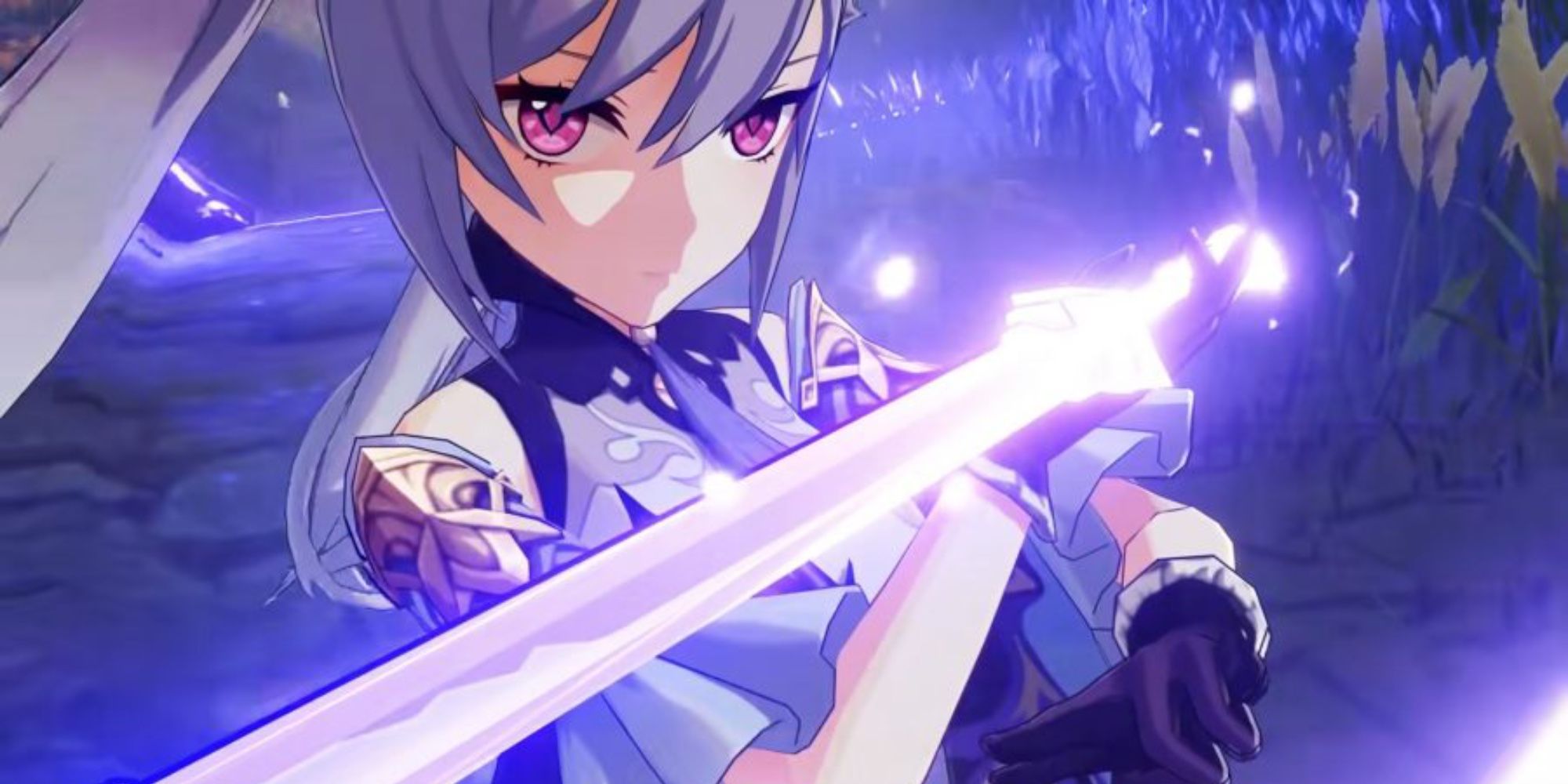 It's bad to be near bodies of water when an electrical storm is happening, but this can be a great match-up for offensive tactics. Mona is a powerful AoE DPS and Keqing can add to your damage output with her Electro-based sword attacks. Her skills use a combination of AoE and charged attacks.

By using her Stellar Restoration, Keqing can throw an electro projectile which marks the target dealing AoE damage and giving her a point to travel instantly. She also has Starward Sword, which is a powerful combo dealing focused strikes with an AoE finale. 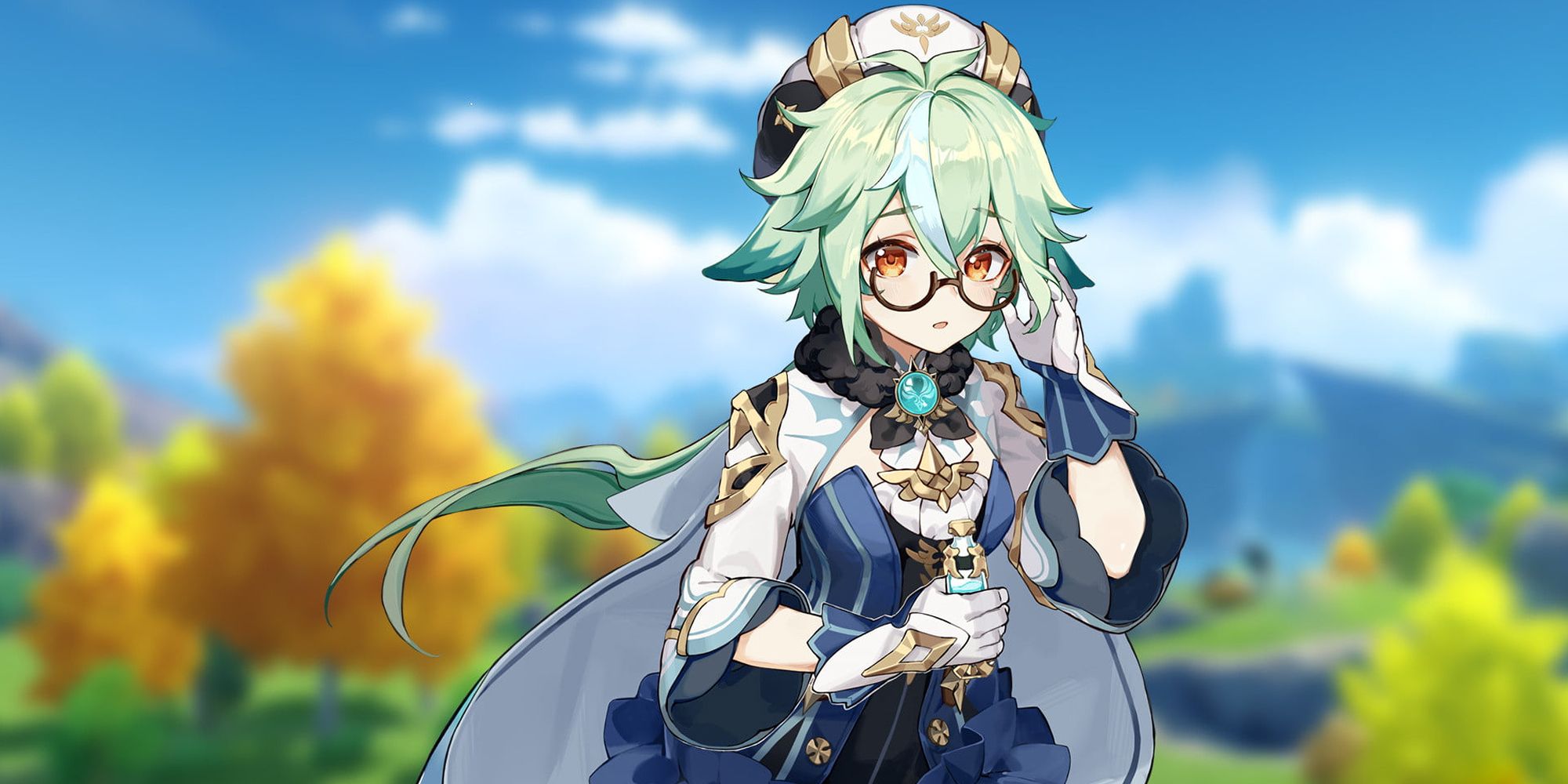 Along with water, wind also has a flow and rhythm of its own that can have powerful effects. To work alongside Mona's Hydro flow, Sucrose brings her Anemo flow along with her catalyst. Her abilities are very efficient at crowd control and moving enemies into traps or gathering them together for strong AoE damage.

Her Astable Anemohypostasis Creation – 6308 sucks in enemies to its location while dealing damage. Even stronger is her Forbidden Creation – Isomer 75 / Type II which summons a wind spirit that does the same but can deal additional Elemental damage as a result of Mona's lingering attacks.