Team compositions are one of the major aspects of Genshin Impact, and it also helps you decide which character you want to summon. You can have up to four different characters in a particular team, which makes it quite tricky because there are over 50 characters in the game to select from.

Nahida is a five-star Catalyst user in the game, and she is the Dendro Archon that lets her manipulate the element at her will. Even though she's a tiny character, the detail of her kit is huge. It can take quite a while to fully understand Nahida's potential, but that also makes her flexible enough to have a bunch of party setups. 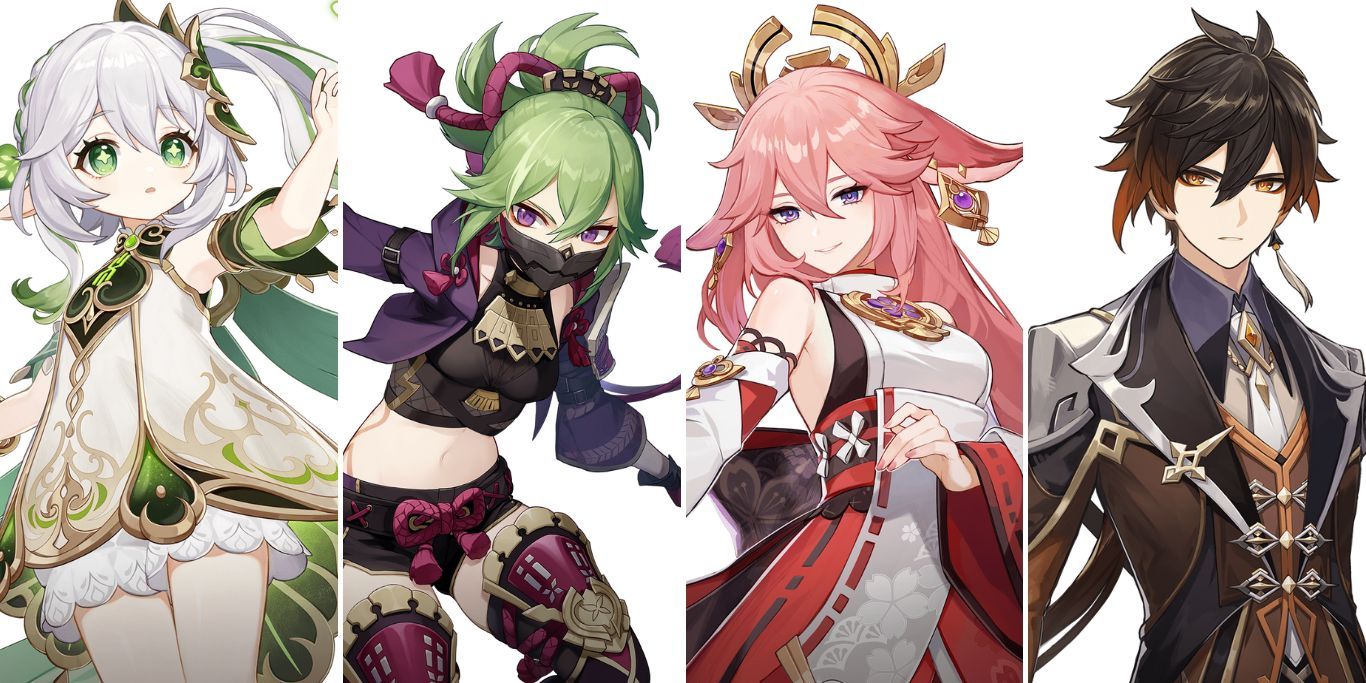 Ever since the release of Dendro reactions along with the Version 3.0 update that also saw the release of Sumeru, one particular reaction has outshone the others, Quicken. This is sort of an intermediate reaction that doesn't do any damage itself. Instead, it leads to two other reactions namely Aggravate and Spread.

The reaction occurs when Electro meets Dendro. When a particular enemy is quickened, Aggravate and Spread are triggered on the next Electro and Dendro damage respectively. These reactions increase the damage of that particular attack.

Nahida is the first Dendro character that can go well with any reaction team, but the Quicken team is the best-in-slot for her. It also allows you to use her as an on-field DPS if you build the team right. The most important factor with this team is Nahida's Elemental Mastery.

The main reason for this is that Elemental Mastery is the stat that determines the damage dealt by your reactions. Since the main damage output for this team will be through Aggravate and Spread, it helps out a lot. Furthermore, Nahida's passives also increase the damage based on her EM.

Alternatively, you can also build Kuki Shinobu completely on Elemental Mastery to gain a similar effect. Since you'll be using Nahida on-field in this team, she also needs a decent Crit Ratio, and it can be hard to get both the stats on her.

Moreover, Zhongli's barrier can prevent you from taking any damage and you don't need Kuki's healing. The main reason for her to be on this team is the Electro application.

Here's what the rotation for this team will look like:

You need to stay close to the enemy when you're running this team. This is because Zhongli shreds the enemy's Elemental RES only when they're near him, and Kuki also applies Electro to nearby enemies.

Burn Them To Death 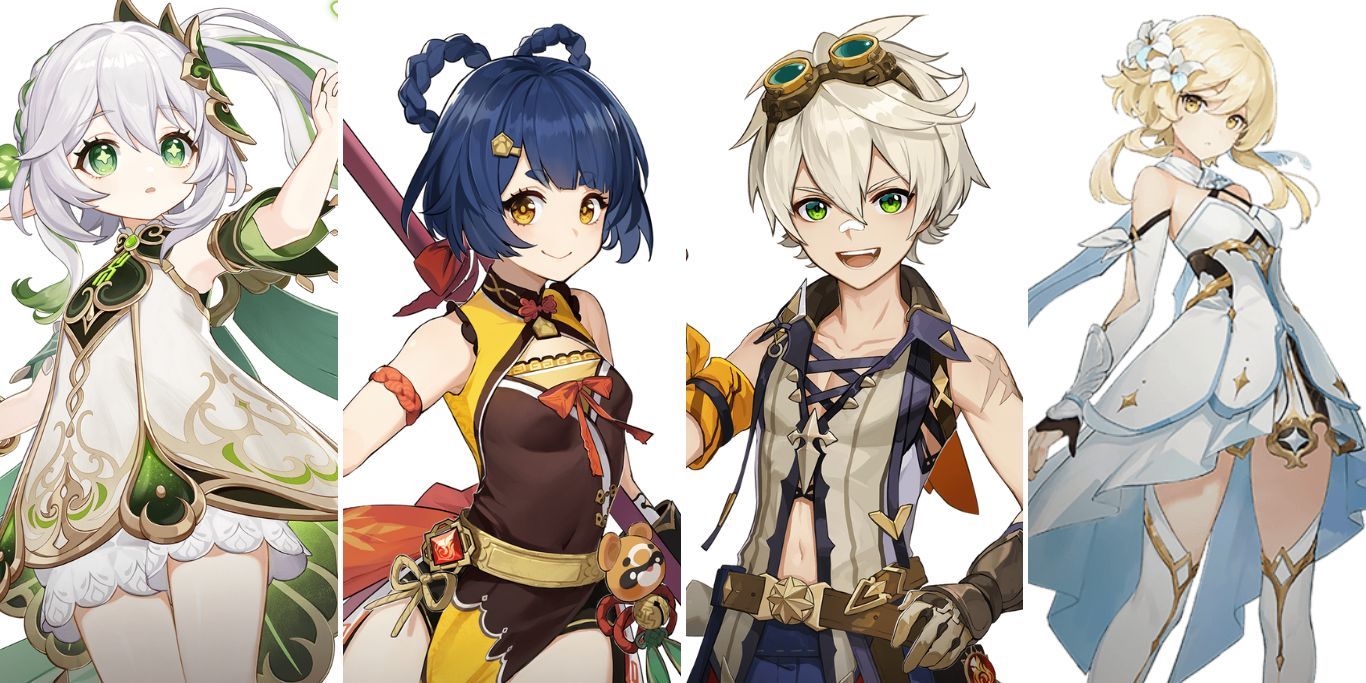 When it comes to Dendro reactions, Burning isn't the best. The reaction triggers when Pyro meets Dendro, and it burns the enemy for some time, dealing multiple instances of Pyro damage to them every second. Thankfully, Nahida's kit allows you to make good use of this reaction.

As soon as you activate your Elemental Burst, the Tri-Karma Purification effect and the Shrine of Maya get different buffs based on the elements of your party members. Here's how it works:

If you have two characters with one of the elements mentioned above in the team, their effect will be increased. This can be checked in the "Skill Attributes" section of your Elemental Burst.

While Burning isn't the best reaction itself, the damage boost in Nahida's Burst when you have two Pyro characters makes up for it. Furthermore, Pyro Resonance also triggers in this team that further increases the ATK of every character by 25 percent.

All of this collectively increases the Burning damage significantly. The only issue is that the Tri-Karma Purification deals Dendro DMG while Burning mostly deals Pyro DMG. So, you won't be able to see high Dendro numbers like you would in other teams.

You'll deal a lot of instances of Pyro DMG to the enemy with Burning, so you'll require another Dendro applicator apart from Nahida, even if you're using her on-field. This is the reason for having Dendro Traveler or Collei on the team.

Here's everything you need to know about this team's rotation:

Having two characters of each element will also negate all the Energy Recharge problems you might have in the team, but it can be ideal to have Bennett and Dendro Traveler at higher ER. You need to have all the Bursts back when you have to repeat the cycle or you'll lose a lot of time. 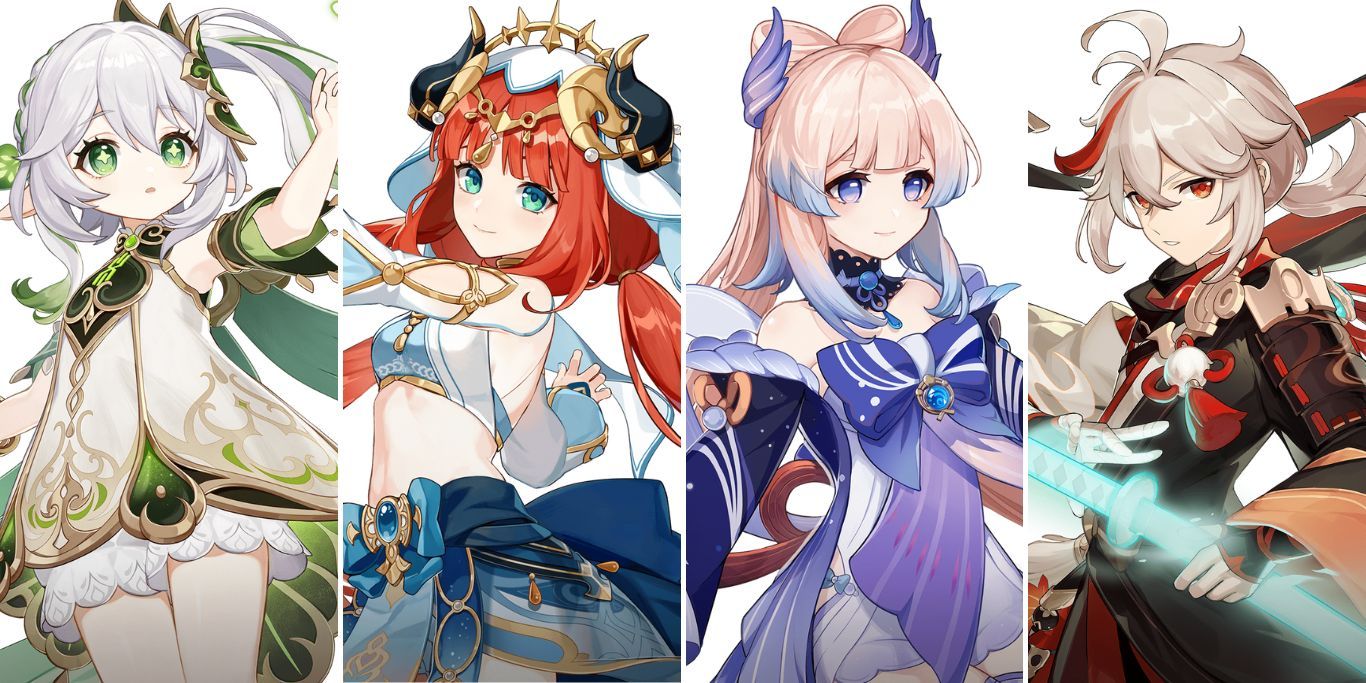 The Bloom reaction in itself has been mediocre at best because it spawns Dendro Cores that explode after quite a long time. This gives the enemy enough time to move away, and the Cores also deal damage to your character upon exploding.

But with the release of Nilou, most of these problems were negated since she spawns Bountiful Cores instead of Dendro Cores that explode much faster, and deal higher damage. Since these cores still deal damage to your active character, a healer like Kokomi can go a long way.

You'll already have a ton of Dendro DMG and application with Nahida being the main on-field DPS, so Kazuha will help in reducing the opponent's Hydro RES with Viridescent Venerer set.

Although, if you don't want to use Nahida's basic attacks, you can always switch up Kazuha for another Dendro applicator similar to the team above.

The rotation for this team is quite simple because Kazuha's abilities can only Swirl Hydro. You can start by using Nahida's Skill and Burst followed up by Nilou's and Kokomi's abilities. Finish up with Kazuha's Burst before you switch over to Nahida again and constantly use her normal or charged attacks. 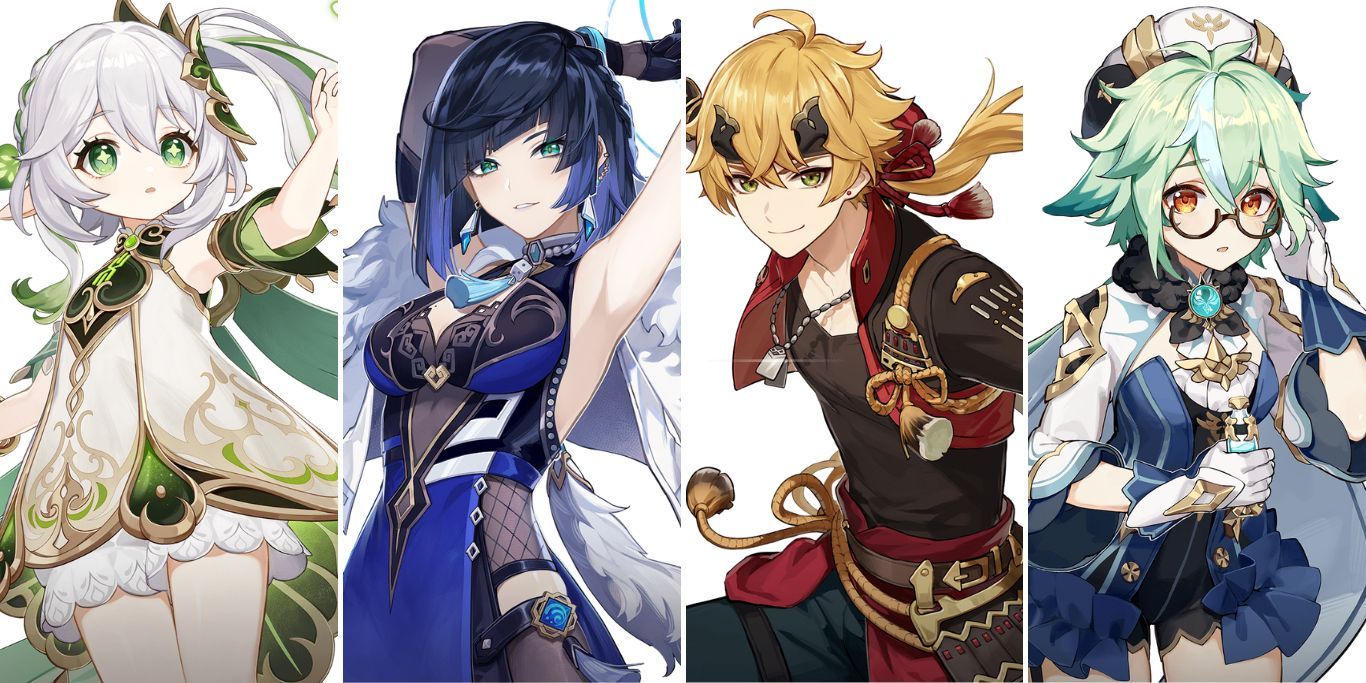 The only bad part about Bountiful Cores from Nilou is that they can't trigger Burgeon or Hyperbloom reaction. These reactions are triggered when Pyro or Electro element is applied to the Dendro Cores respectively.

Bloom is an intermediate reaction to Hyperbloom and Burgeon, which is similar to Quicken. The only difference is that you can use Bloom as its own reaction as well, which is not true for Quicken.

When you apply Pyro to the Cores and trigger Burgeon, it instantly explodes dealing higher damage in a larger AoE. On the other hand, triggering Hyperbloom with Electro leads to the Core flying to one enemy at random and dealing higher single-target damage.

Your enemies will decide the team you'll go with when it comes to these two reactions. If you're fighting a hoard of enemies, Thoma would be better, while Raiden would be better if you have to fight a boss.

You have to apply the element to the Cores, but characters don't target them by default. This makes single-target characters like Yoimiya useless in these teams. You need to have characters that can apply their element to an area.

The rotation for this team works similarly to the ones mentioned above, but you have to make sure Sucrose Swirls Pyro or Electro based on the character you're using. This will allow you to have better control over the Dendro Cores even when you're not right next to them.