Yaoyao is one of the flexible characters who can easily fit into many team compositions, and she's also easy to build and play. This four-star character uses a Polearm as a weapon with a Dendro vision. You can choose the best team composition for Yaoyao based on your play style and character roster. 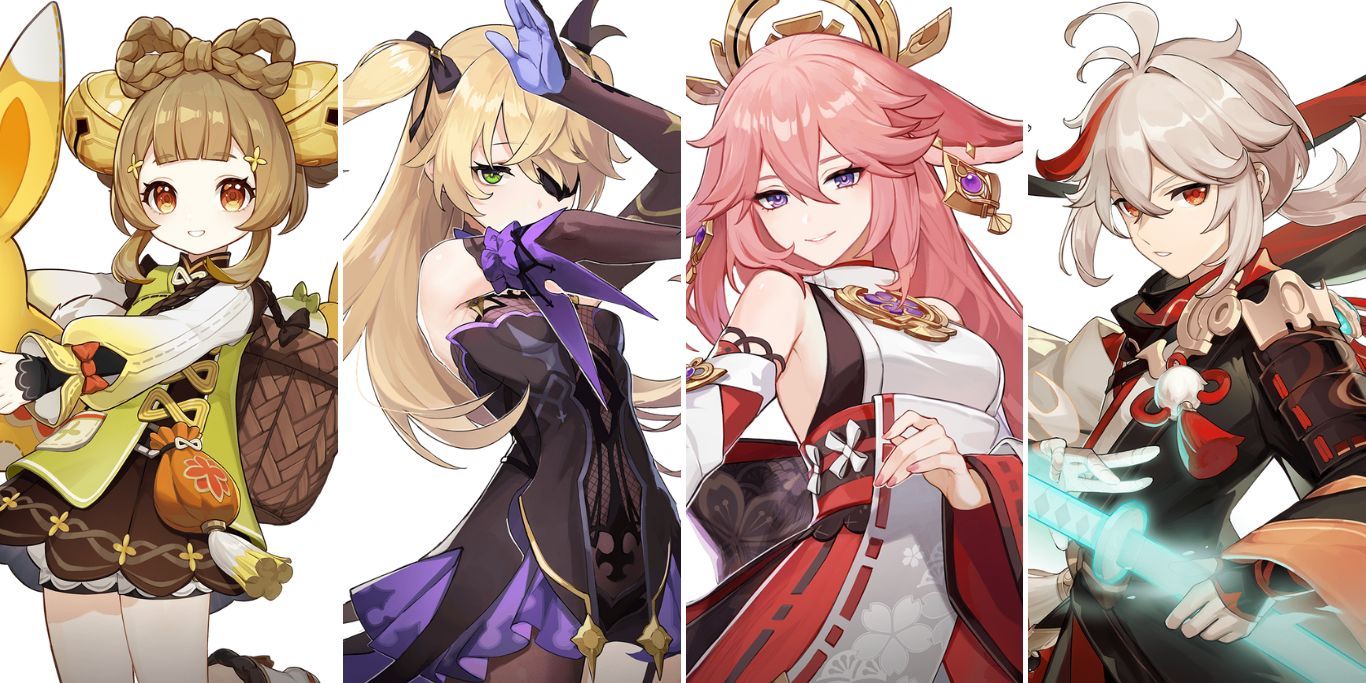 Ever since the release of the Dendro reactions in Version 3.0, it's hard to avoid the fact that Quicken, Aggravate, and Spread are the best reaction combinations in the game against a horde of enemies. The Quicken reaction triggers when Dendro meets Electro, and this leads to Spread or Aggravate based on the type of damage.

Spread occurs if Dendro is applied to an enemy who already has Electro on them after Quicken, while Aggravate occurs if Electro is applied to Dendro. Depending on the reaction, the Dendro or Electro attack triggering it deals much higher damage.

Genshin Impact always has a split-scaling problem when it comes to healers, and it's the same for Yaoyao. The healing she provides from her Elemental Skill and Burst is based on her HP, while the damage dealt is based on her ATK. This leads to scenarios where a player has to choose between damage or healing since there's no middle ground.

Yaoyao's damage scaling for Elemental Skill and Burst is super low, so it's not a good idea to build her on ATK. Moreover, her fourth constellation gives her extra Elemental Mastery based on her HP, which is vital for a reaction-based team like this. Hence, this party setup aims for triggering the Aggravate reaction more than Spread.

Fischl and Yae Miko are great for applying Electro to opponents constantly, but this application increases even more with Kazuha's Burst because it will always Swirl Electro. Dendro element doesn't react with Anemo, making it impossible to trigger a Swirl reaction between the two.

As for the rotation, here's how you should go about executing this team's abilities:

Kazuha's Elemental Skill will group the enemies together, and constant Electro attacks with Quicken reactions will prevent smaller enemies from moving away. Hence, this team functions best when you're up against a ton of small enemies. 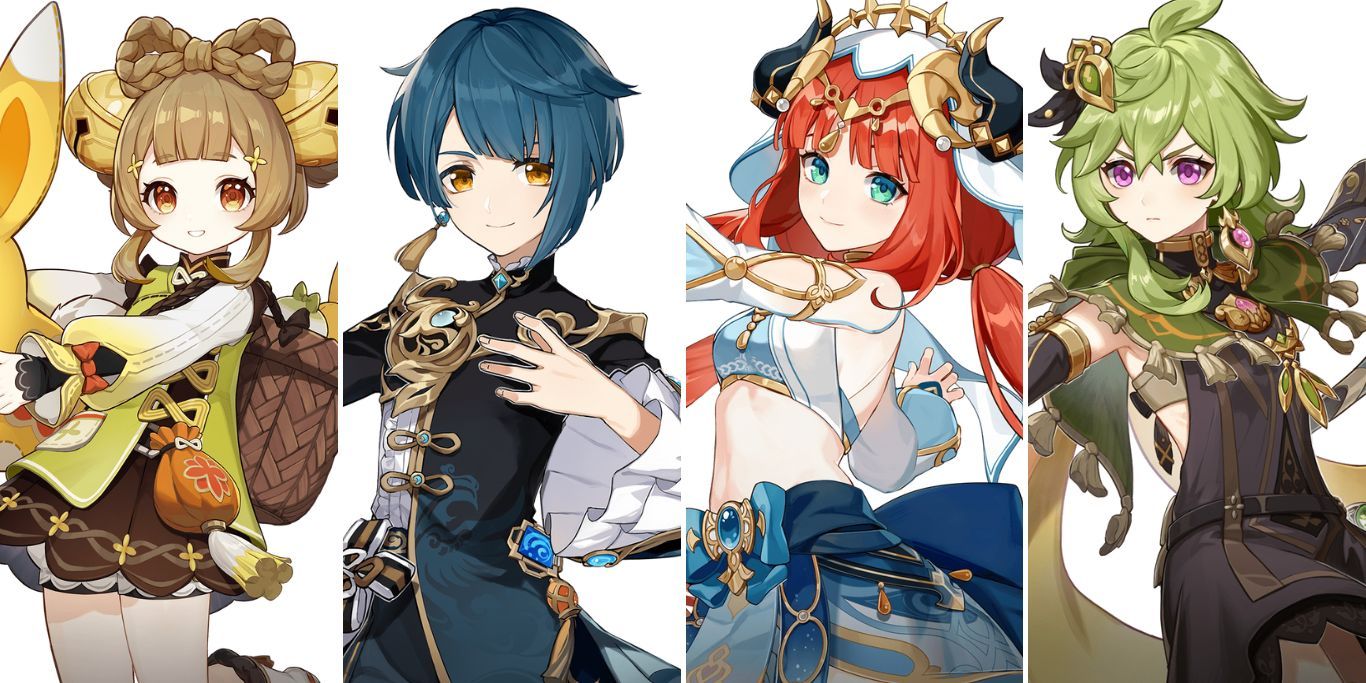 With the party members mentioned above, Nilou's Bloom reaction will create Bountiful Cores that won't be able to trigger Hyperbloom or Burgeon. Instead, these Cores explode a lot faster than normal Dendro Cores, and they also deal higher damage. Your party members need to take damage from these Bloom reactions to increase their Elemental Mastery further.

This is the reason Yaoyao fits perfectly in this team. Not only can she apply Dendro to the enemies constantly for more Bloom reactions, but she can also heal the damage done by the Bountiful Cores. Collei can make up for the lack of the Dendro application from Yaoyao against the massive Hydro application from Xingqiu and Nilou.

To take even more advantage of Hydro Resonance, you can replace Xingqiu with Yelan on this team. Although, you'll need to use Favonius Warbow on her so that she can get her Burst quickly.

The rotation for this team can be quite easy:

You won't be able to see a lot of damage from any particular character in this team, but the damage dealt by Bountiful Cores will astound you. This is because you'll have a ton of Elemental Mastery from the Dendro Resonance, and it's also recommended to use the Gilded Dreams artifact set on a couple of party members. 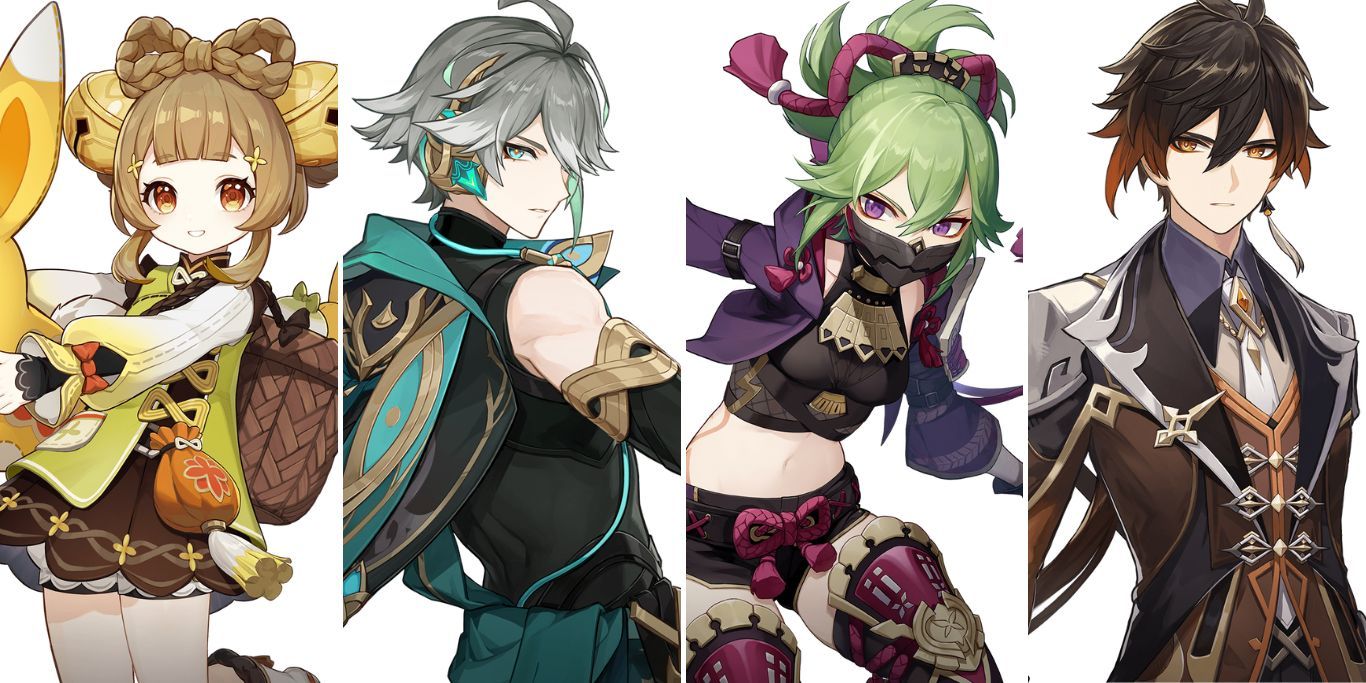 Apart from being a reaction carrier and a healer, Yaoyao can also be used as a support to buff the damage of another Dendro character. While this makes her truly flexible, it does need a bit of setup. To start off, you need to have the first constellation for Yaoyao since it gives the active character Dendro DMG Bonus when her radishes explode.

This team doesn't work at all if you don't have this constellation. Although, you can get lucky and pull Yaoyao at any point since she's a four-star character. If you have the constellation, this might be one of the best teams you can put her in.

While Yaoyao is a crucial part of this team, it will revolve around Alhaitham at the end of the day. This five-star character was released alongside Yaoyao for the first time, and he's one of the best Dendro DPS in the game. Moreover, you'll be using the Quicken reaction to boost your damage once again.

The difference is that you'll aim to trigger Spread in this team, which is why you don't need as much Electro application. Here's what your rotation will look like:

Once you're done with his rotation, you can use Kuki Shinobu's and Alhaitham's Bursts to get a mini-rotation. Alhaitham's Burst will give him three mirrors when zero mirrors are consumed during activation.

Around eight seconds after using these two Bursts, you can repeat the entire rotation.