Each major boss in Godfall has a few lackeys that need to be dispatched if you want an easier time taking on the big cheese. These bosses are found in “Hunt” missions and are pretty darn tough in their own right. Wraith Lord Decimus is one of these minibosses, and he is arguably the hardest of the bunch defending Zamora.

Wraith Lord Decimus, as his name implies, is the Lord of Wraiths, and will constantly be surrounded by them. He is a necromancer at heart, and this fight is all about juggling crowds and avoiding Decimus and his giant axe. Decimus has more than a few tricks up his sleeve to make that last part even trickier. 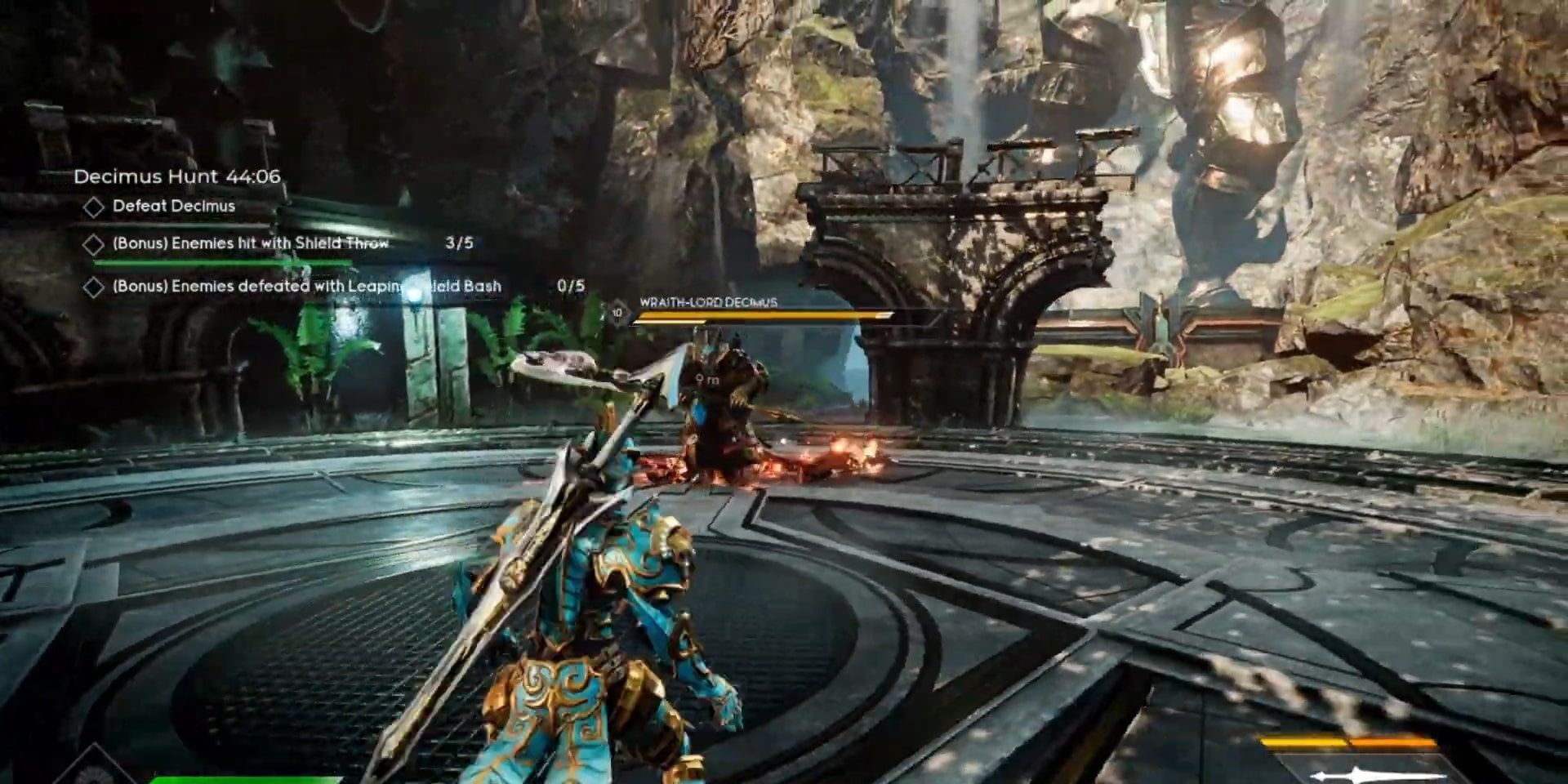 Wraith Lord Decimus, despite being a Necromancer, is a very capable melee combatant and comes barging in with a massive axe to make that point known. Unlike Vargul Champion and Alpha Rancor, however, Wraith Lord Decimus is comparatively very slow. He relies more on distracting you with summons and bopping you from behind, than fighting fair. 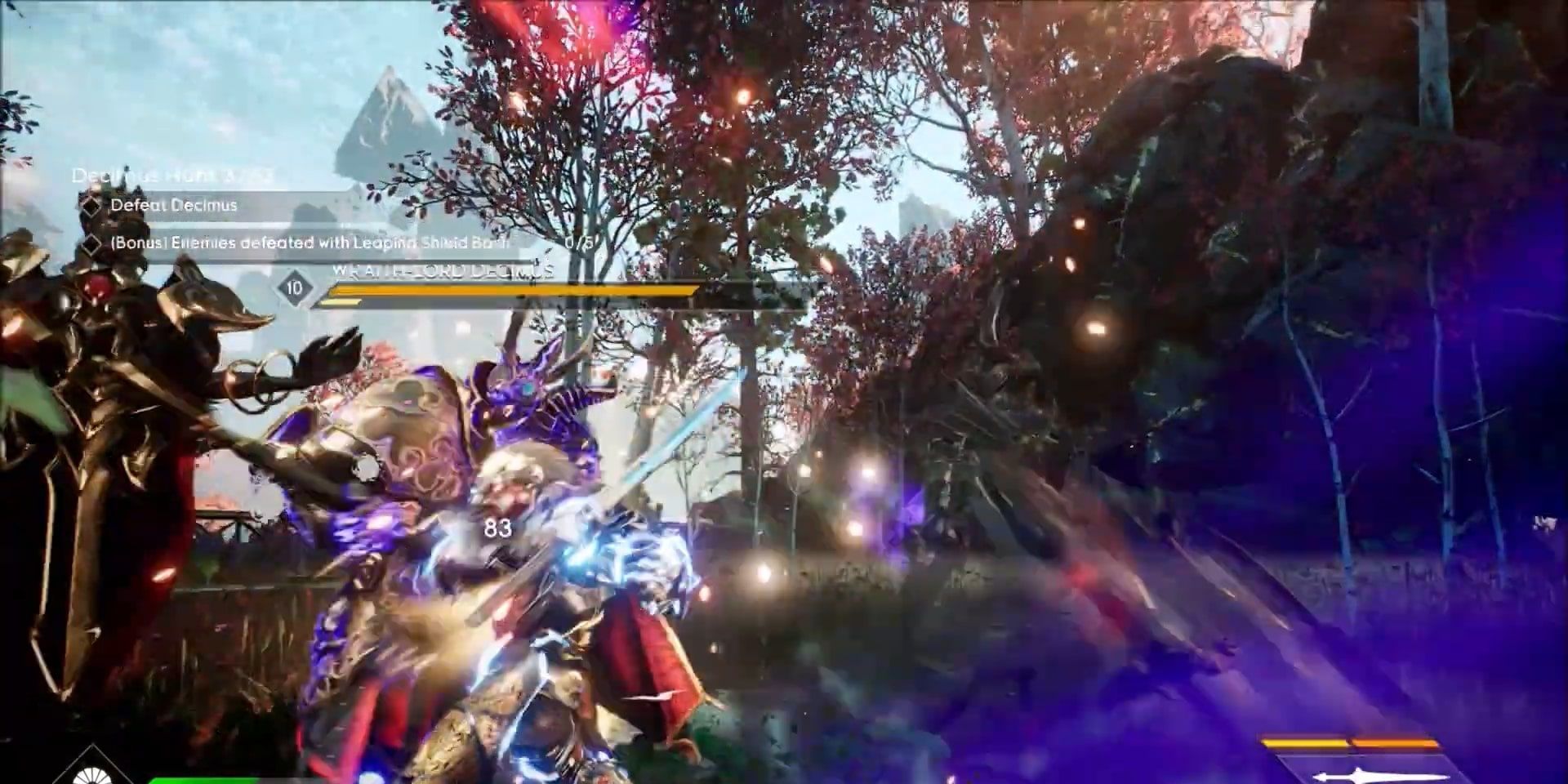 Wraith Lord Decimus is incredibly slow and is surprisingly squishy. This makes slow, hard-hitting weapons ideal – especially ones with wide sweeping swings. This will let you hit both wraiths and Decimus at the same time, which is always a good thing.

Archon Fury is amazing in this fight as Decimus is not the tankiest of enemies. You can deal a lot of damage very quickly if you open with this. Remember to use Heavy Attacks to ensure any damage sticks. 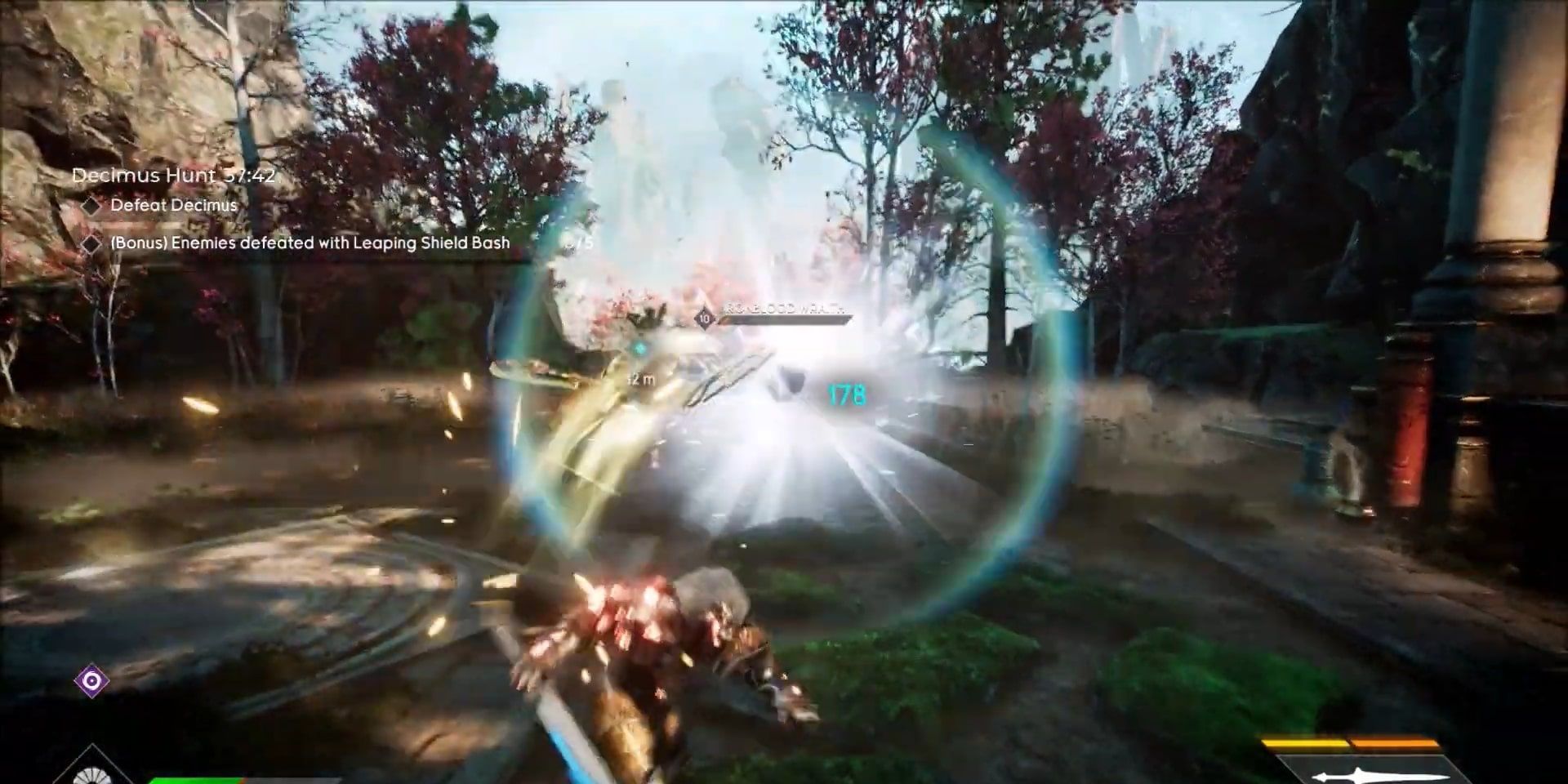 Wraith Lord Decimus is simultaneously the most difficult, and easiest miniboss in the Earth Realm. He can very quickly overwhelm you with attacks and minions, but he is incredibly easy to read, and can’t take a hit.

You want to kill his wraiths whenever you get the chance. They are very squishy, and can be dealt with by throwing your shield most of the time. Decimus will then spend large portions of the fight trying to summon them. Not only that, but his wraiths have a high chance to drop healing orbs, reducing your reliance on your limited healing stock.

You want to keep Decimus in your sights at all times. His attacks are slow, but if you can’t see them coming, he’s going to land them more often. When he’s alone, stick close to him and dodge behind him whenever he tries to attack. When he tries to summon, unleash everything you have to wrack up the damage.

Remember to parry whenever he glows blue as this will stagger him, leaving him open to massive damage. Similarly, remember to use Heavy Attacks to build up Breach and Soul Shatter.