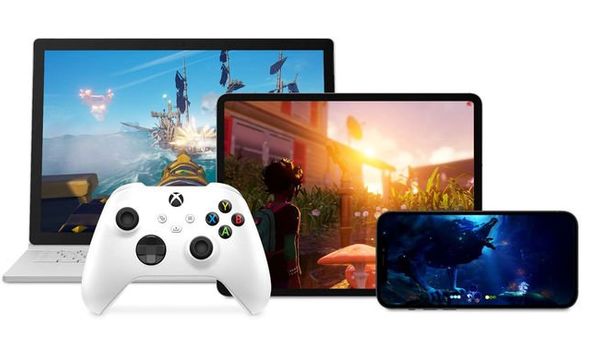 Google Chrome continues to expand its services in different ways, with the browser still the biggest part of the existing ecosystem. That’s without downplaying how important Chromecast support is to the company, with new viewing and gaming features being announced regularly.

But it was the turn of Chrome to get the next big upgrade this year, with Microsoft confirming that one of its most popular features is now compatible and completely usable via the Google Browser.

As confirmed earlier in 2021, anyone running a Chrome Browser on their computer or chosen device can now stream Xbox Video Games from the official website. This same option has also launched via the Windows 10 app but that remains in beta and not widely available.

The Xbox Cloud Game service removes any need to have special graphics cards or enough RAM to run your favourite games and is an extension to the existing service that can be found on Windows computers, albeit with the need for hardware and downloads.

The only downside is that it is not a free service, and you will only be able to choose from a pre-selected library of games.

The good news is that the digital library in question is huge and includes all of the first-party exclusives Microsoft creates, meaning Halo Infinite, Forza Horizon, or Gears of War.

This is all part of Xbox Game Pass Ultimate, Microsoft’s version of Netflix for video games, which allows subscribers to download titles to their consoles, or stream them to their web browser or phone.

To gain access to all the above features, you must buy Xbox Game Pass Ultimate, which is the priciest package.

And the other downside is that for now, you will need a compatible controller to use with your PC to play these games, although there are touch-screen compatible titles that can be used through the mobile app.

A message from Microsoft adds: “Xbox Cloud Gaming is available to all Xbox Game Pass Ultimate members with Windows 10 PCs and Apple phones and tablets, via browser, across 22 countries. If you’re a member or want to become a member, simply go to xbox.com/play on Microsoft Edge, Chrome, or Safari on your PC or mobile device to start playing hundreds of games from the Xbox Game Pass library.

“With billions of active Windows 10 PCs, iOS devices and Android phones, we want you to have new opportunities to play the deepest, most immersive games whenever and wherever you choose.

“Simply put, we’re bringing the Xbox experience directly to the devices you use most.”

And while you can’t play all the Xbox games that you might want, Microsoft has made some pretty interesting changes behind the scenes.

With the Xbox Series X quickly becoming the new standard for the tech giant in terms of computing power, they have also made it their new streaming standard.

This means faster load times and improved frame rates, however, while the Xbox Series X console is also capable of providing 4K resolution, this isn’t something coming to Google Chrome browser just yet.

To ensure the lowest latency, Microsoft is streaming at 1080p and up to 60fps, but these stats could go up in the future.

And the number of devices compatible with Xbox Cloud Streaming could also change in the future, with the next logical step being to bring a native experience to Chromecast.

Recent reports indicate that the Xbox Game Pass app is coming to Android TV devices, and there are those who have been sideloading since 2020.

But we might have to wait a little longer before we get official compatibility across all Google devices.