E3 starts earlier and earlier every year. After creeping to Sunday and then Saturday in recent years, we’ve now leaped to Thursday morning, nearly a week before the show proper—and it’s Google of all companies kicking festivities off.

This morning Google detailed its Stadia streaming service, or at least gave us more details after a relatively info-light reveal at March’s Game Developers Conference.

It’s a bit complicated though. Stadia Pro is the system everyone expected, a sort-of Netflix-for-games at $10 a month, with the top-tier technical package—4K, 60 frames per second streaming, and more—streamed seamlessly to any compatible device be it a laptop, desktop, Pixel 3 phone, or Chromecast. 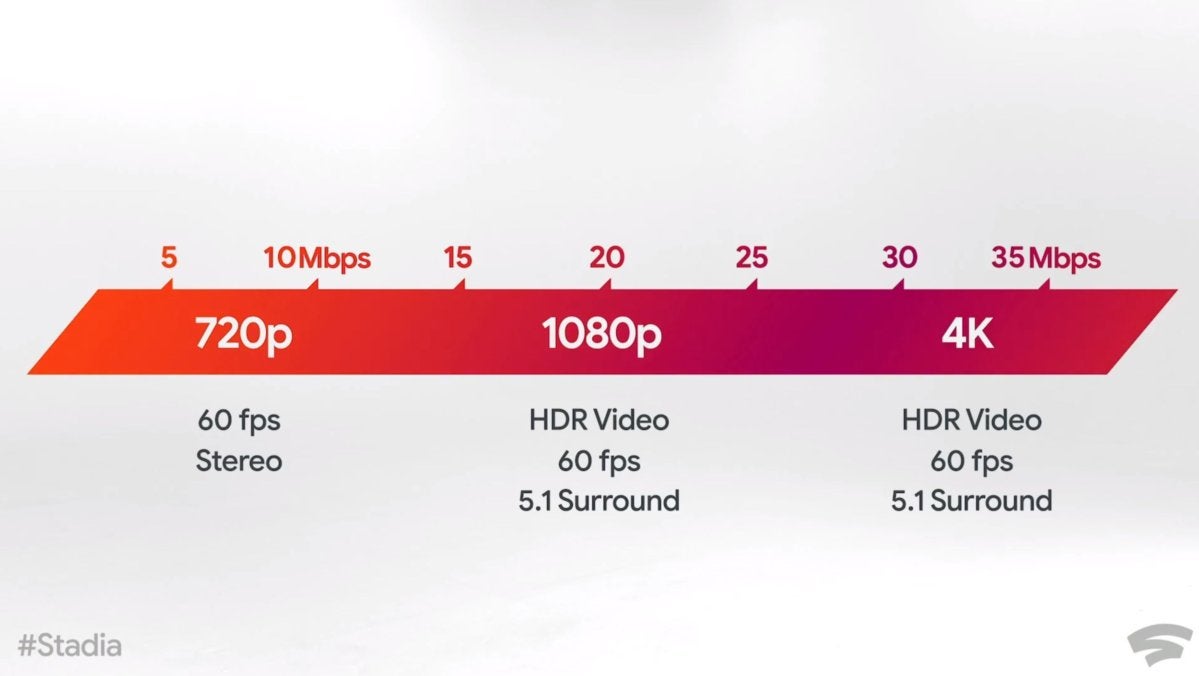 Google will curate a selection of games for Stadia Pro, similar to Microsoft’s Xbox Game Pass. And there were some great games in today’s presentation, including Destiny 2’s new Shadowkeep expansion—now with cross-platform save capabilities—and the long-awaited announcement of a Baldur’s Gate III. Ubisoft showed up in a big way with The Division II and Ghost Recon, and a few smaller indies fleshed out the presentation.

Some of the games set to support Google Stadia, via the Founder’s Edition preorder page.

I couldn’t help but notice Google prominently featured a Rockstar logo in its publisher rundown as well. Sure, it might only mean Grand Theft Auto V on Stadia—but could indicate a Red Dead Redemption II PC port. Maybe.

In any case, Stadia Pro is what Google focused on in its presentation, and for good reason. It’s key to a bunch of features Google talked about in March, like clicking a button under a YouTube trailer or a walkthrough video and launching right into a game. That whole idea is less fun and exciting if you need to stop and enter your payment info. 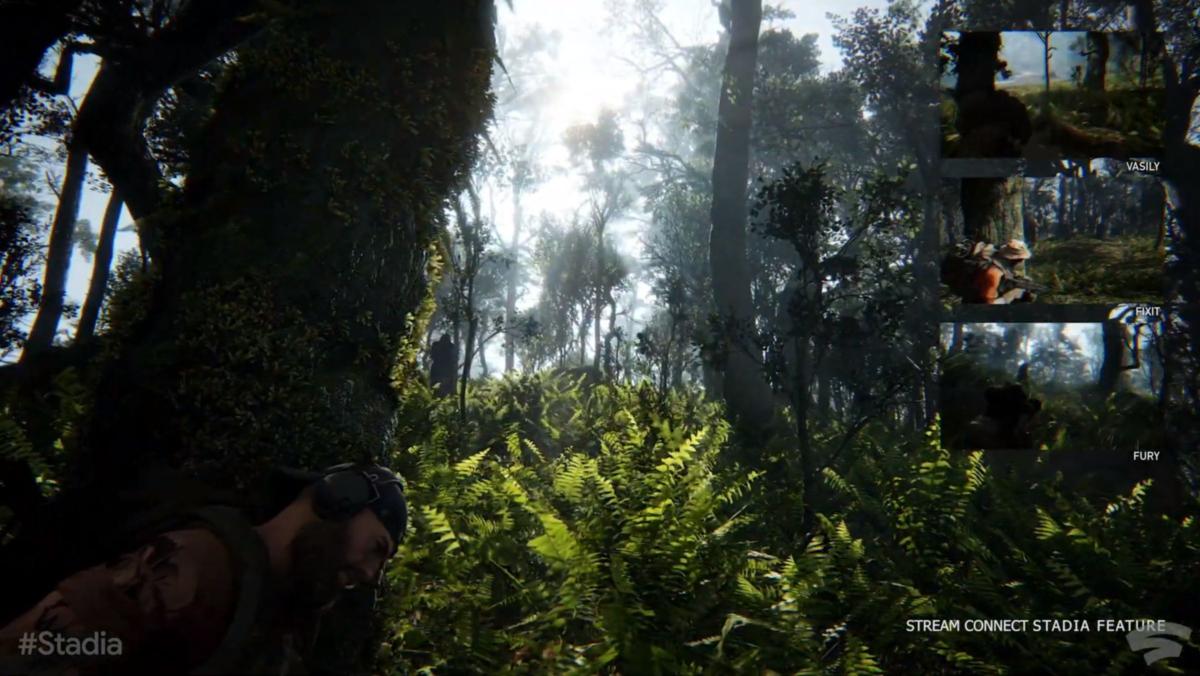 The Ghost Recon Breakpoint trailer showed a “Stream connect” Stadia feature that gives you a glimpse of your teammates’ screens in real time.

“Stadia Base” seems to be exactly that though. Alongside the Stadia Pro subscription, players will be able to buy individual games as well. I’ll be honest, that seems like a dicey prospect on an upstart platform where you uh, don’t actually own (or even download) anything—especially given Google’s reputation for ditching projects that aren’t working out.

For now, it’s hard to know whether Stadia Pro will be a good value or whether that awkwardly named Stadia Base (a.k.a. The Way Every Store Works) will dominate. Hell, even though this was Google’s big blowout event, it still feels like a lot of crucial details are missing, including a hard release date. 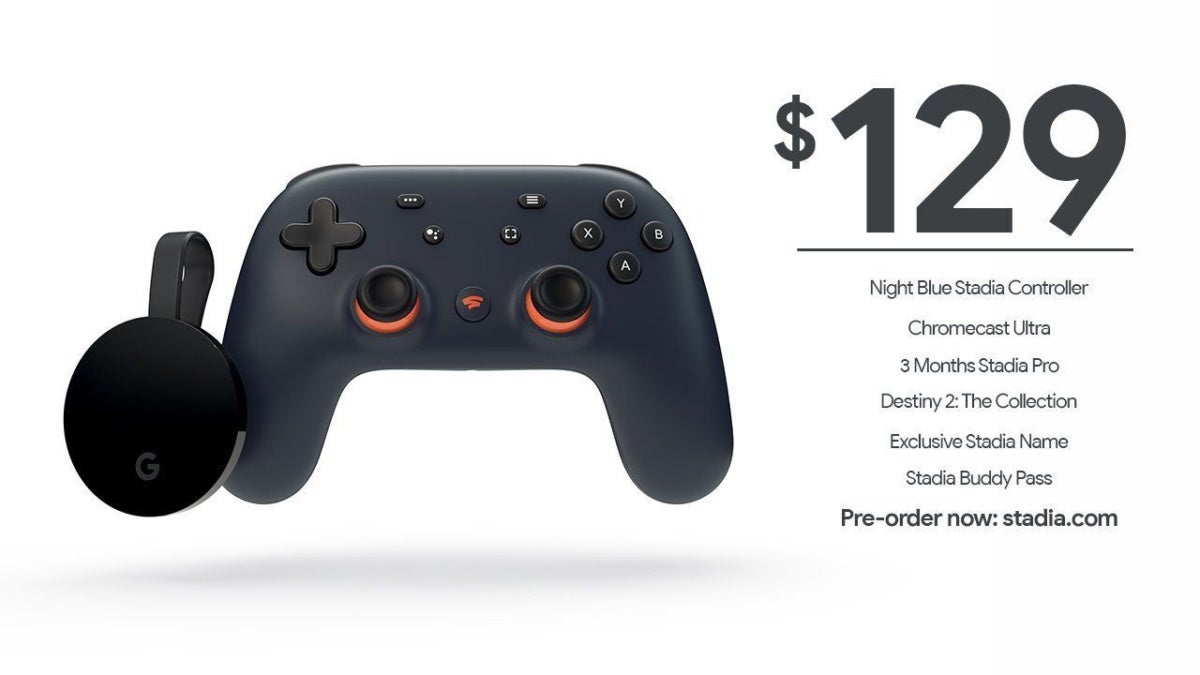 Instead it sounds like we’ll get a rolling series of launches, similar to past Google platforms. If you want to be one of the first into Stadia, you can buy the Stadia Founder’s Edition for $129. It comes with a controller, a Chromecast Ultra, three months of Stadia Pro (plus a buddy pass), and Destiny 2. Tests will begin in November, meaning the rest of us won’t see Stadia until sometime in 2020 presumably. That gives Microsoft a better chance to counter with its own Project xCloud details at its own E3 press conference on Sunday.

Whether that happens? We’ll see. I can’t say anyone’s really sold me on streaming or subscriptions yet, but it looks like the industry’s headed that direction in a hurry. The next generation’s certainly going to be an interesting one.