Every time you go up a level in Gotham Knights, every one of your characters gains an action point (AP). You can spend these points to unlock skills for your heroes. They don't all have the same upgrades to choose from, though.

The game provides each protagonist with their own set of skill trees that fit their style. For Robin, that means having plenty of upgrades that revolve around elemental attacks, stealth, and gadgets. This guide contains a full breakdown of his skill trees, including a few tips along the way. This allows you to make a more informed decision about what skills to pick up since you can't get them all in one playthrough. 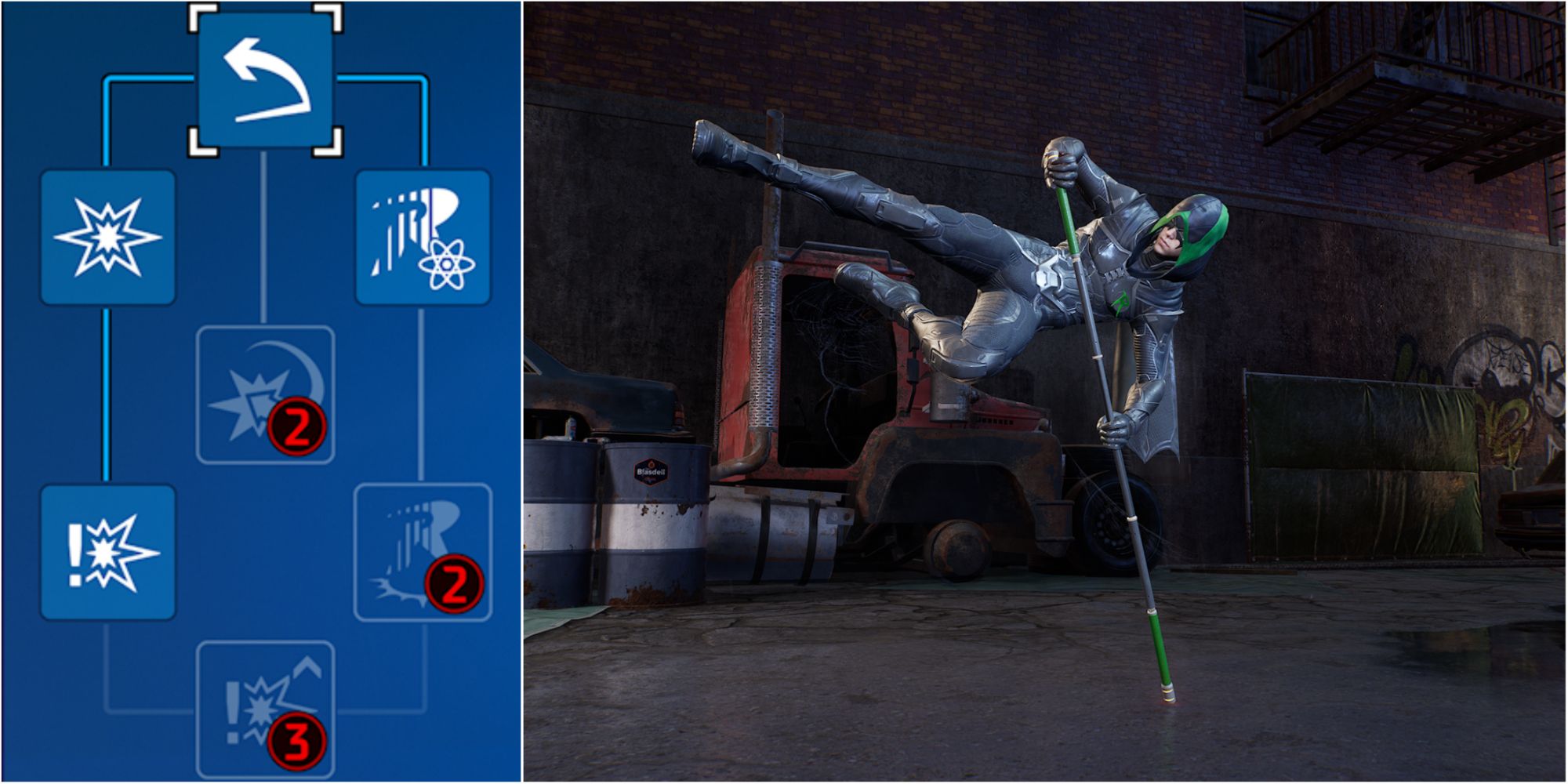 The Slugger Tree is the first one you can use due to it including the Perfect Evade skill, which is the first skill you have to acquire. After you get it, you're free to work your way down the rest of the tree.

The skills in this tree mostly revolve around making Robin more deadly in a fight. Therefore, if you mostly like to get into close-quarters battles with the hero, then this is the tree for you.

Whether or not the Evade Decoy skills are worth getting depends on how often you use the ability. As for the skills that boost your critical chance and damage, it's never a bad idea to get them. 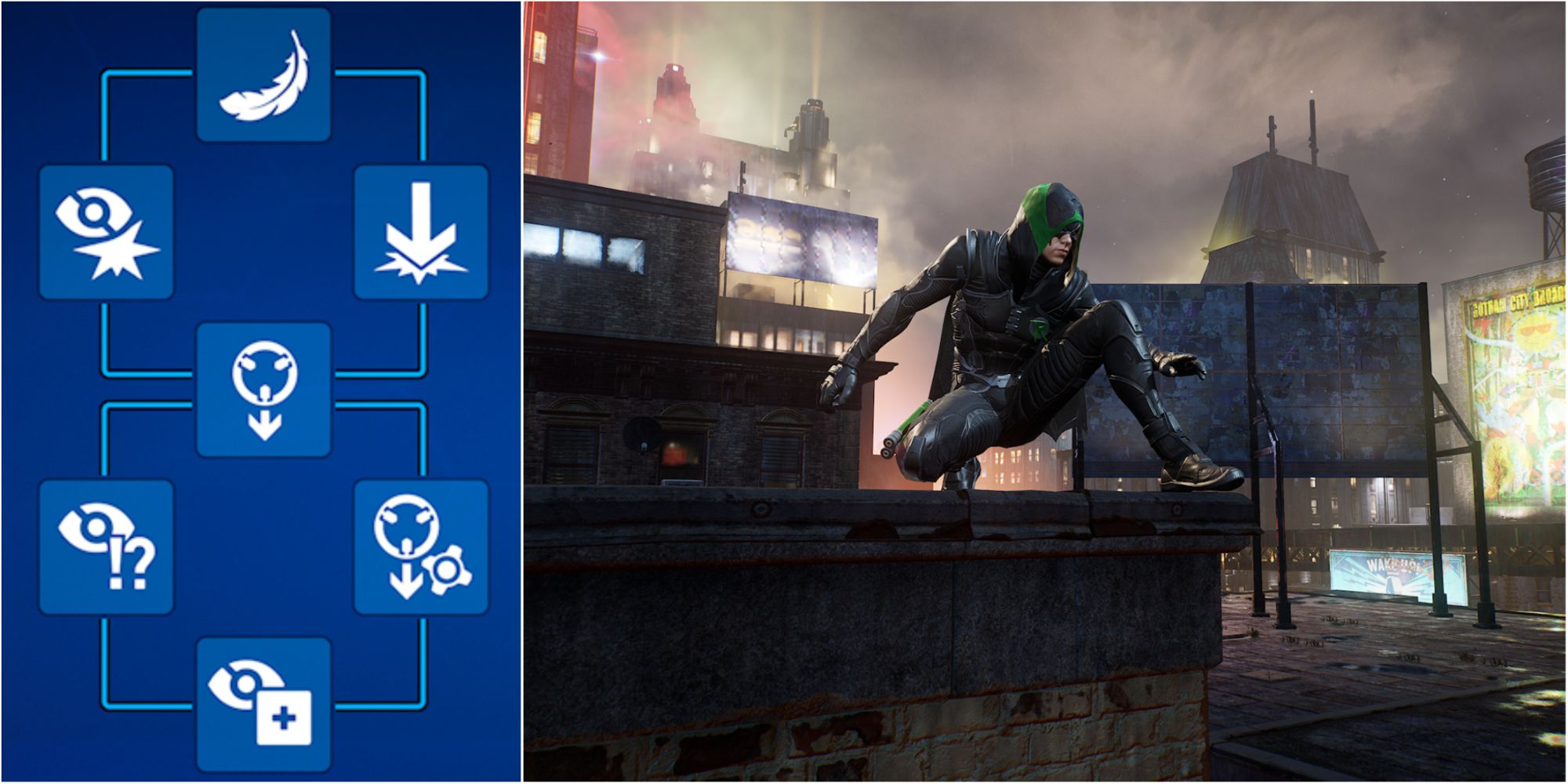 As soon as you acquire the Perfect Evade skill, you unlock the Shadow Tree, and you're free to work your way down it.

Robin is often regarded as the game's stealth character. And if you want your sneaking to go as smoothly as possible, then you want the skills on this tree.

The Vantage Hanging Takedown can be useful, too, but you often alert enemies with the mine version. 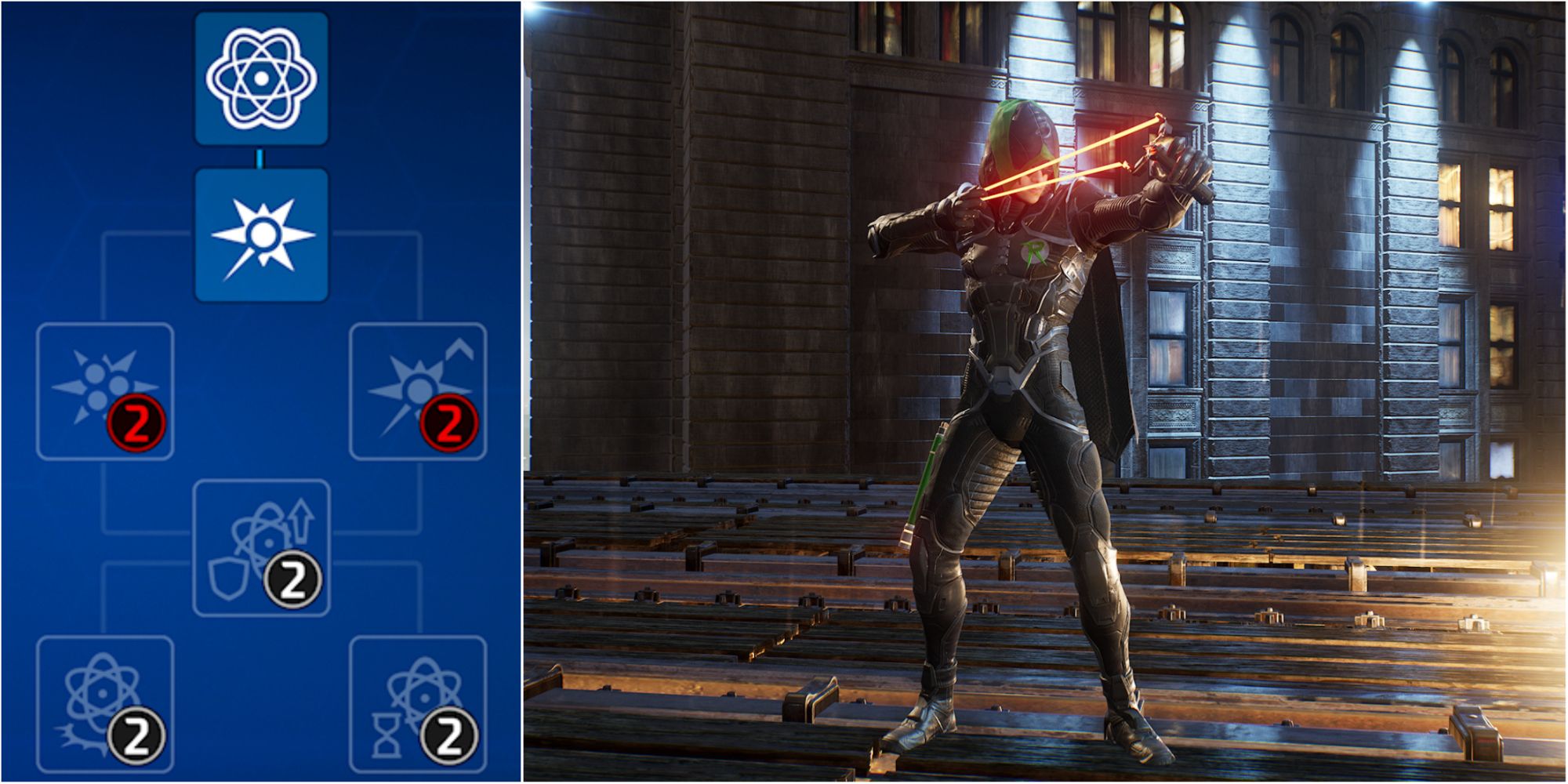 The Tinkering Tree becomes available once you get the Perfect Evade skill. At that point, you can start from the top of it and work your way down.

This tree is all about Robin's gadgets. It mostly focuses on his slingshot and elemental effects.

Later in the game, most of your weapons will deal elemental damage, so boosting elemental effectiveness isn't a waste of AP.

Whether you need to improve your slingshot depends on how much you use it. 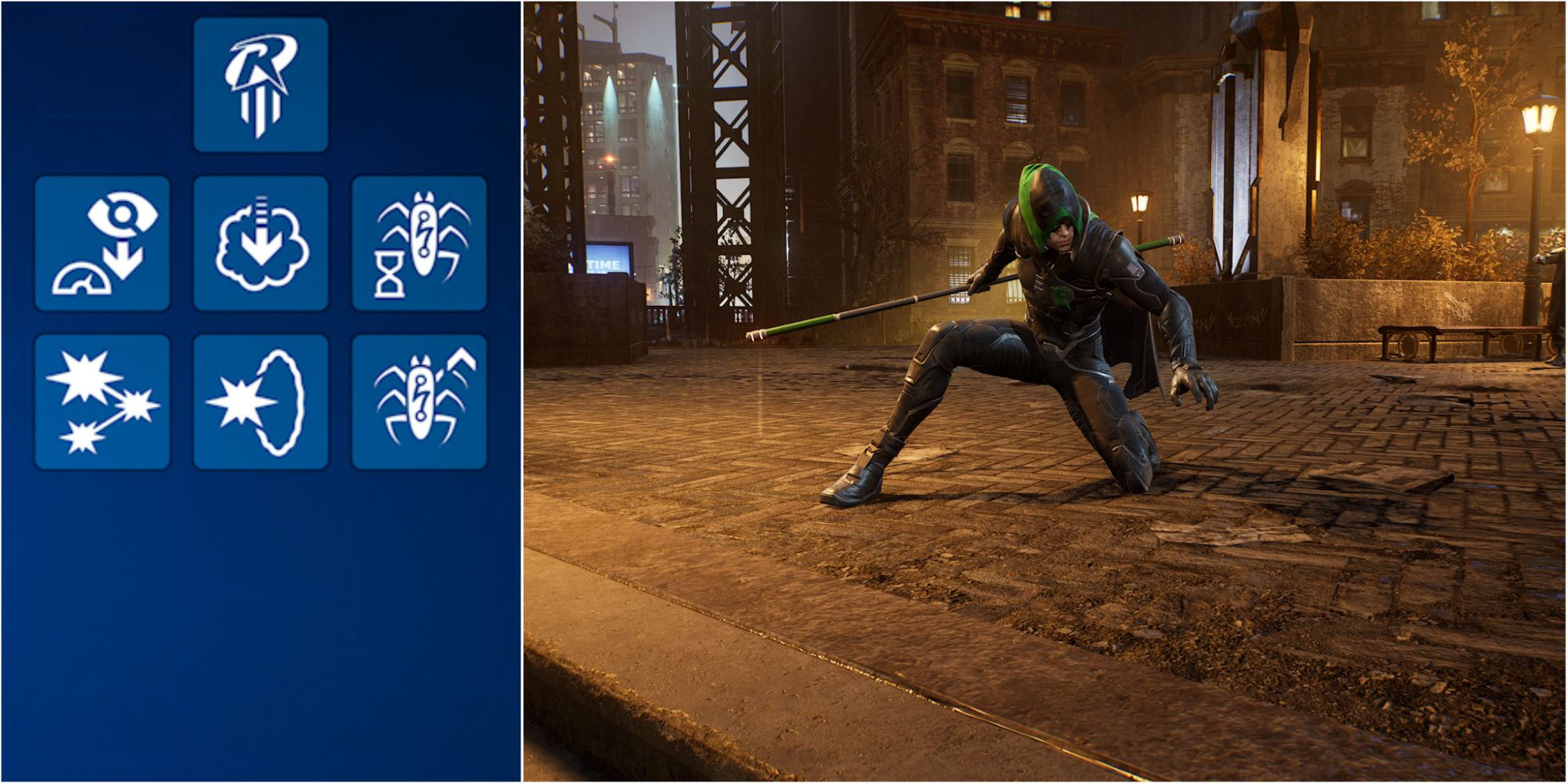 Unlike the other trees, the Knighthood one takes a while to unlock. This is because you have to complete a bunch of challenges first – you can keep track of them on the challenges tab. When you've done them all and taken a look at the Batman memorial at the Belfry, you unlock Robin's Slideways skill. From there, you can start unlocking the other Knighthood skills.

They're a varied bunch of upgrades that don't focus on one area of gameplay.

All of these skills can be useful as long as they fit your style of play.

For instance, Aerial Attack Smoke is great if you're a stealth player, but if you don't like sneaky around, there's not much point to it. So, get the ones that complement your playstyle.