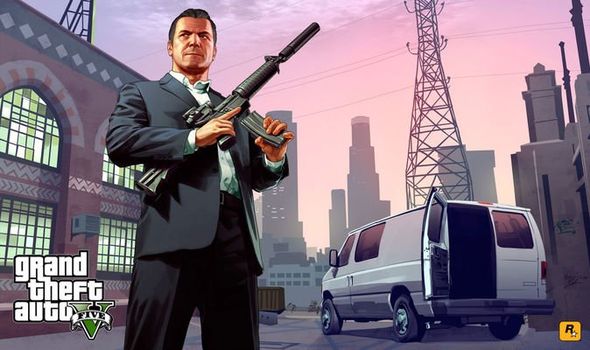 GTA 5 is coming to the PS5, with a new and enhanced version of Rockstar Games’ hugely popular megahit arriving next year. The GTA 5 news kicked off the PlayStation 5 stream, with it also getting confirmed that GTA Online will be free to PlayStation 5 owners. PS4 gamers will also get $1million in cash until the GTA 5 enhanced edition launches in 2021.

GTA 5 was first released back on the PS3 and Xbox 360 on 2013, meaning it will be released on three generations of consoles.

But given the amount of money GTA 5 is making and the huge player base it’s unsurprising Rockstar are continuing to support Grand Theft Auto 5.

GTA 5 is the best-selling entertainment product in history, and has shipped over 130million copies.

While the GTA Online multiplayer mode continues to rake in the money for Rockstar Games.

It remains to be seen what enhancements the PS5 version offers over current version, and whether there will be any extra content or not apart from graphical improvements.

Prior to the PS5 reveal event there had been rumours swirling around that GTA 6 was going to be a launch exclusive for the PlayStation 5.

But today’s event looks to have put that long standing rumour to bed once and for all.

However, it remains to be seen when GTA 6 could actually end up launching.

A report recently had claimed that the next Grand Theft Auto game could launch in 2023 at the earlier.

But these claims were later dismissed by Rockstar Games.