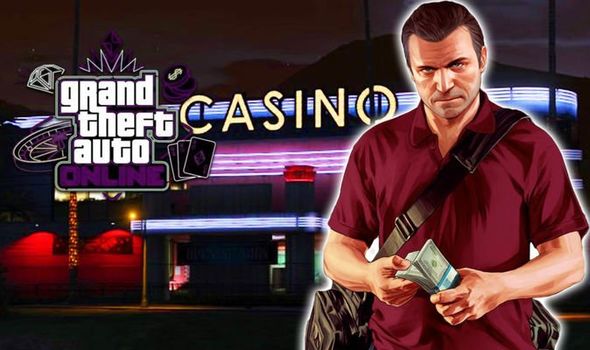 GTA 5 Online Casino update could be getting released soon, with the next Grand Theft Auto DLC rumoured to be launching in July.

GTA fans have been waiting for the GTA Casino to launch ever since Grand Theft Auto 5 was released back in 2013.

Ever since GTA 5 first launched the casino in Vinewood had a sign in front of it saying that it would be “opening soon”.

However, years passed with no sign of the GTA Casino actually opening its doors until just before E3 2019 when this banner was removed.

And following the big gaming extravaganza in LA Rockstar Games confirmed the GTA Casino would actually be opening.

They later published a blog post detailing what was coming with the new GTA Casino location, which is called the Diamond Casino & Resort.

They also said it will be “releasing this summer” and that they would publish pictures of the GTA Casino in their next news update.

But since this blog post in June, there has been no more news apart from a tease this week that there could be Twitch Prime GTA Casino benefits.

As fans wait for official word on when the GTA Casino release date will be it’s emerged that the major Grand Theft Auto DLC could drop this month.

In a recent Twitter post Rockstar Games insider Tezfunz2 has claimed the GTA Casino could be released this month.

They tweeted: “Rockstar will reveal new details about #RDOnline next major update in the coming weeks, this would raise the possibility of us getting #GTAOnline casino update this month.”

The news comes after Tezfunz2 also hinted that the GTA Casino DLC could bring with it new cars.

The tweet seems to suggest the GTA Casino DLC will bring with it a surprise selection of new cars also.

The tweet from the Rockstar Games insider sent fans into overdrive about the potential new vehicles coming with the GTA Casino update.

Another posted: “I need new cars”.

One added: “Yes please I have money burning in my account I need go get rid of it”.

And another wrote: “Show us ANYTHING.”