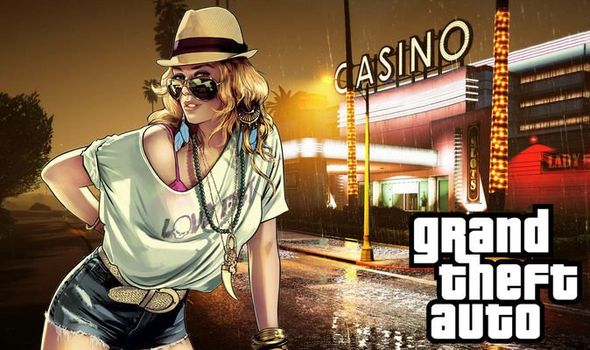 GTA 5 Online Casino news could be coming soon, with Grand Theft Auto fans potentially finding more out about the new DLC this week.

Rockstar Games has confirmed that the highly anticipated GTA 5 Online Casino update is getting released this summer.

So far only a release window – not a release date – has been announced, with only a few teasers revealed about the GTA 5 Online Casino update.

Rockstar Games has confirmed that the GTA casino DLC will be “the largest and most extravagant addition“ to Grand Theft Auto so far.

The new location in Vinewood is called the ‘Diamond Casino & Resort’ and in their last update Rockstar said it “will open its doors later this summer”.

Rockstar Games has also teased that fans will be getting “an inside look” at the GTA casino “coming soon”.

And it’s possible that these first pictures of the GTA casino could be revealed this week.

The past few GTA casino news updates have been published on a Thursday, so it’s possible the pics will drop Thursday July 11.

One reason this is the case is that Rockstar Games insider @Tezfunz2 previously predicted the casino update would launch in the middle of July.

If that’s the case then Rockstar could build anticipation by revealing the first pics of the GTA casino this week and announce a release date.

If the GTA casino pictures do drop this week, then the DLC could launch next week – which would be smack in the middle of July.

With Red Dead Redemption 2 updates releasing on Tuesdays, it could mean the GTA casino update would launch Thursday July 18.

It remains to be seen when the GTA casino update does launch, and whether the first pictures are revealed this week.

But @Tezfunz2 appears to have teased that an announcement is imminent.

Last week the Rockstar Games insider posted a meme on Twitter of someone being shown a red case with “casino inside look” written on it.

It then shows their blown-away reaction as bright gold light is shone from the case, before it is quickly shut.

• Stay tuned to Express.co.uk for more news on the GTA 5 Online casino update and other gaming news