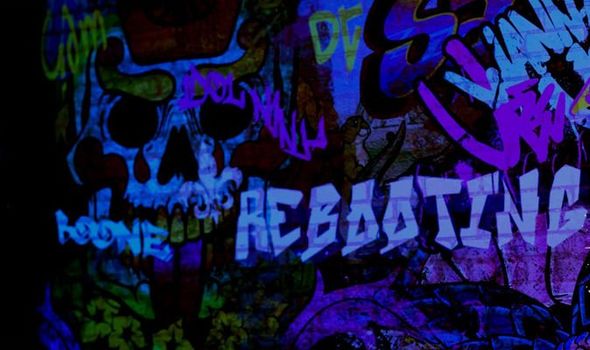 With Rockstar Games linked to several Grand Theft Auto projects, it’s interesting to hear that an established GTA 6 rival is launching in 2022.

From what has been shared so far, GTA 3, Vice City and San Andreas are being remastered and will be hitting shelves later in 2021.

But while these are expected to sell very well and be available across all platforms, they won’t be true next-gen titles.

It’s unclear how big an improvement these remasters will be and just how they will fare when facing the launch of Saints Row.

A new Saints Row game has been confirmed as launching in February 2022 and will be available across platforms.

For now, we know that you’ll be able to play the new Saints Row across-gen, meaning we don’t know how good the new game will be on PS5 and Xbox Series X.

But a clear gap is expected between the GTA remasters and the new Saints Row game launching in 2022.

The first announcement statement from DeepSilver reads: “We have our targets locked on a brand new city – Santo Ileso – a melting pot of big city business and darkened alley street crime, the perfect place to start a new criminal empire and the biggest and best playground we have ever created.

“Also, on a side note, the best Tacos in the American South West, (Chalupracarbra has a certain “kick” to it, if you know what I mean). The law in this city? Never heard of her. You don’t become self-made by following laws, right? Well, if you do – it sounds SUPER boring, so we’ll do it our way, thanks. The city offers a range of criminal ventures to further your interests (and make some sweet cash to boot – rent doesn’t pay itself).

“You play as whoever you want in your journey from Newbie to Boss, kicking ass and fighting… well not crime obviously.

“We’ll talk more about our most extensive character creator ever in time, but it wouldn’t be a Saints Row game if you couldn’t roleplay in a range of roles from bank manager to green-skinned zombie alien monster, would it?

“Wherever you are in that spectrum, you do you, or.. not, we’re here for it. Plus, as is the custom, we have seamless untethered co-op so you and a friend can create those Saints Row moments together – friendship really is magic.”

And these are the features being promised for the new Saints Row launching next year:

Witness the Birth of The Saints – Play through an action blockbuster original story full of criminality, extraordinary scenes and signature surprises laced with humor.

Discover the Weird, Wild, West – Dive into Santo Ileso, the biggest and best Saints Row playground ever, spread across nine unique districts surrounded by the vast, majestic beauty of the Southwest Desert.

Build Your Criminal Empire – Take over the city block by block, wage war against enemy factions and tighten your grip on the streets with ingenious criminal ventures.

Fire Guns. LOTS of Guns – Shoot revolvers from the hip, fire and forget with a rocket launcher, or obliterate up close using melee heavyweights, complete with brutal takedowns. A vast variety of familiar and exotic weapons, all customizable, and all deadly fun.

Take to the Streets and the Skies – Blast through urban and desert environments in any one of the cars, bikes, planes, helicopters, VTOLs, hoverbikes, hoverboards, go-karts or equip your wingsuit to swoop around.

Unprecedented Customization – Create the Boss of your dreams, with the most extensive character customization suite ever seen in the series, then complete the look with incredible options for weapons and vehicles.

Seamless Co-Op – Experience everything on offer with a friend at any time, via fully untethered drop-in / drop-out co-op, skipping the need to take either of you out of the outlandish action; play nice together, or play all new pranks on your teammate. After all, who’s the Boss now?

Meanwhile, GTA 6 is not expected to hit shelves until 2024, but the big difference will be that this will be a true next-gen experience.

While Saints Row will have last and next-gen support, GTA 6 will only be available on PS5 and Xbox Series X, meaning it won’t be held back by any aging tech.

And it should also be noted that the next-gen version of GTA 5 is arriving later this year, albeit, for a game that came out in 2013.