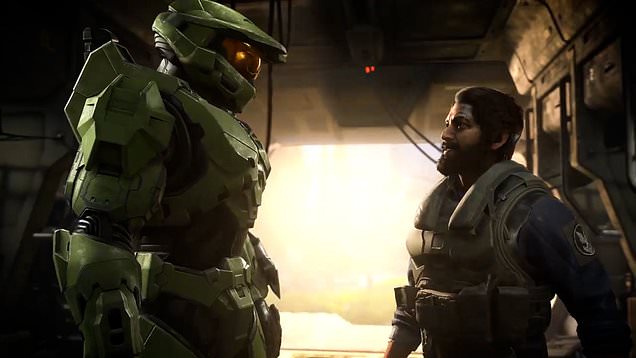 Two major features won’t be included in Halo Infinite when it launches and will instead be added sometime in 2022.

Last year, in the wake of Halo Infinite’s delay, it was suggested that the game’s campaign and multiplayer modes might end up being released separately. While that won’t be happening, it turns out the game will still be lacking major features at launch.

According to Staten, these features simply aren’t ready. So, it has been decided to hold them back and roll them out as part of future updates, since Halo Infinite is being billed as a live service game.

Both features are staples of the Halo series and campaign co-op has been around since the very first game; Forge, which allows players to make their own maps and custom games, has been a mainstay since Halo 3.

Staten was able to provide a rough idea of when these features will arrive. Basically, campaign co-op will be included as part of season two, with Forge mode to follow in season three.

Since the game still lacks an exact release date, it’s difficult to estimate when each new season starts, but Staten says that the plan is for each one to last three months.

So, assuming Halo Infinite releases in November, like the Krispy Kreme promotion claims, campaign co-op will be added in February/March at the earliest and Forge mode in May/June at the earliest.

While he doesn’t mention it, it’s presumed that the coronavirus pandemic had something to do with the delay. After all, it’s been responsible for several game-related delays already, with titles like Gotham Knights and Hogwarts Legacy being pushed back to 2022.

Split-screen multiplayer will also be missing from the PC version of the game due to technical issues. Staten insists that it will be added post-launch, but he didn’t provide any sort of timeframe for when it will happen.

Whether or not the absence of these features will have any major impact on Halo Infinite’s sales remains to be seen but given it, like all first party Xbox titles, is free with Game Pass that’s not quite the issue it would be for other publishers.

Halo Infinite releases for Xbox One, Xbox Series X/S, and PC before the end of the year.