Since the original release of Overwatch, players have clamored for more story-centric content offerings. At Blizzcon 2019, I had a chance to check out some of the new story content coming to Overwatch 2. You can read a whole lot more about the upcoming title in our upcoming cover story, but for now I loaded in with 3 friends to take on a smattering of evil robots. Before our game began, we had the option to opt into “expert” difficulty, but me and my companions decided that normal would be a good way to cut our teeth before diving into a harder mode. As Mei, I was joined by Reinhardt, Lucio, and Tracer for a bustling co-op adventure in Rio de Janeiro. 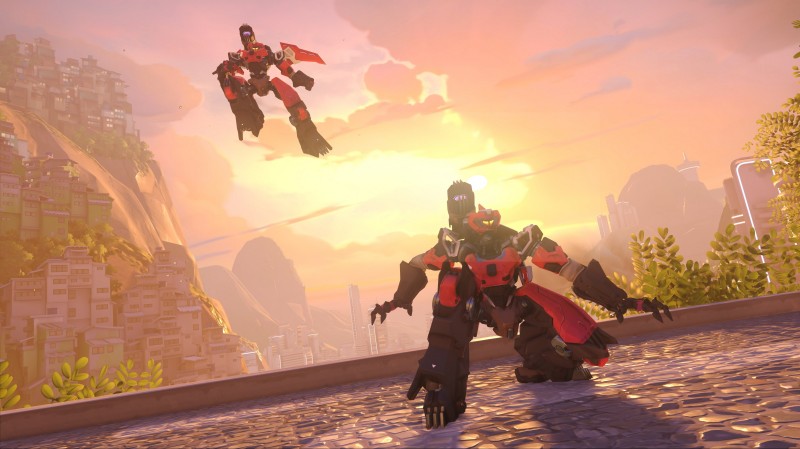 Across the entire experience, cut scenes kept the story flowing as we moved from area to area. The escapade begins by clearing a club out – standard grunt enemies that didn’t really offer any challenge, but eased us into the experience. After mopping them up, we get our first supply chest – filled with items of various color-coded rarities that offer essentially a long cooldown ability to your base kit. I select a corrosive grenade while my allies grab other assorted support gear. Nothing special in this chest in terms of rarity, mostly greens, but we expect that will change later down the line. 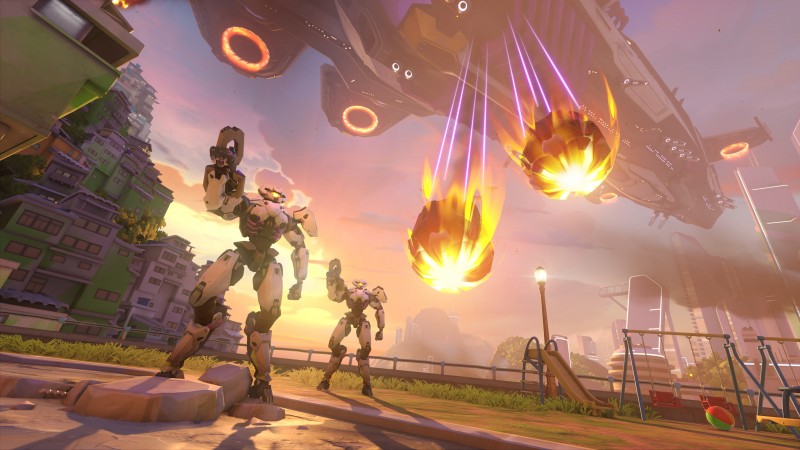 Moving on, we’re faced with harder, much thicker robots that can handle a ton of punishment. They’re still not too much of a challenge, but they can absolutely kill you if you’re not paying attention, and we have to pick up a few teammates moving from the city down to the beach. There, we meet up with a new character to the franchise, Echo. We blast off from the beach and board the gigantic enemy ship that’s been busy looking menacing, looming in the sky over the mission. It turns out the ship is actually a robot factory, and we’re here to shut it down. Flying enemies have been added to the mix, and while they’re fairly fragile, can dish out a ton of concentrated punishment and take out a hero quickly.

Clearing room to room, we end up at the reactor core of the ship, which takes us into a sort of horde-mode style encounter where we have to do a bunch of damage to the core while it’s vulnerable and clear enemy waves while it’s hidden and protected. Near the end of the core’s life, the big bad boss appears, a titanic robot that manages to dust a few of my companions. We’d been saving our ultimates for this, and we’re also aided by high-rarity gear that we found on the ship, including a handy purple-grade turret that I waste no time setting up. Stacking our ultimates with our aggressive Reinhardt, we manage to keep the boss staggered, frozen, or otherwise occupied so that he can’t unleash his powerful attacks.

The boss is soon reduce to rubble, but we have a new problem – the ship is about to explode, and we have about a minute to get to a safe extraction point. We hustle and make pretty good time, escaping the exploding aerial fortress in epic fashion. The mission is over, but everything about it made us want to jump in for another round on a higher difficulty. While we didn’t get a chance to, what we did get to play was incredibly promising.