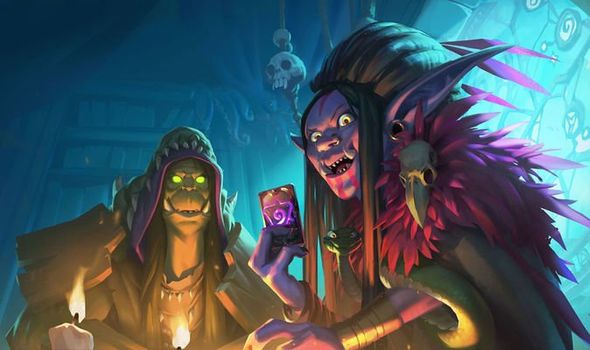 Hearthstone is getting a big new update today that’s being launched at the same time on PC and Mobile platforms.

The Hearthstone Rise of Shadows expansion will be launching in the coming hours as a massive new bundle for fans to collect and Brawl with.

And the good news is that Blizzard has decided to use a global release for Rise of Shadows, meaning it should go live at the same time for everyone.

This is something quite new for Hearthstone players, who usually have to wait for set release times, differing if they live in North America, Europe, or Asia.

So we can actually provide a set time for when the new expansion is scheduled to arrive for everyone on PC, Android and iOS platforms.

The only thing that should be taken into account is that problems can arise with servers when it comes to a mass global launch, so disruption is expected.

Here’s the official estimate for when the new Rise of Shadows expansion will be available to play:

Hearthstone should have already been patched for anyone who has been logging in over the past week, meaning you won’t be stuck with a massive download when the new card packs arrive today.

However, a smaller patch might be required, depending on what other tweaks Blizzard have planned.

And there will also be a bonus for anyone who logs in during the launch of Rise of Shadows.

Doing so will unlock the Archmage Vargoth Legendary card for free, and also give you access to a few Legendary launch quests.

Today’s Blizzard’s expansion will add 135 new cards to the game and will also see some changes behind the scenes too.

This includes the new Twinspell Keyword, which when cast, Spells with it add a copy of themselves to the caster’s hand.

The other big thing to know is that Arch-Thief Rafaam has put together the new League of EV.I.L. from characters featured in earlier expansions.

Hearthstone Rise of Shadows will see each of these characters take over several traditional hero roles, with Dr. Boom becoming the Warrior, Madame Lazul becoming the Priest, King Togwaggle as Rogue, Hagatha stepping in as Shaman, and Rafaam replacing the Warlock.

The Defenders Of Dalaran will be the good guys who have access to the new Twinspells and will be filling in the remaining Mage, Paladin, Hunter, and Druid hero slots.

These changes will be paired with new features, like lackeys, low-level operatives who are crucial to using the League’s sinister Scheme Spells.

Schemes grow in power each turn they’re in a player’s hand and are also packed in with returning mechanic from previous sets.

And that’s all without including the new solo adventure which will be launching in May 2019, with release news expected soon. 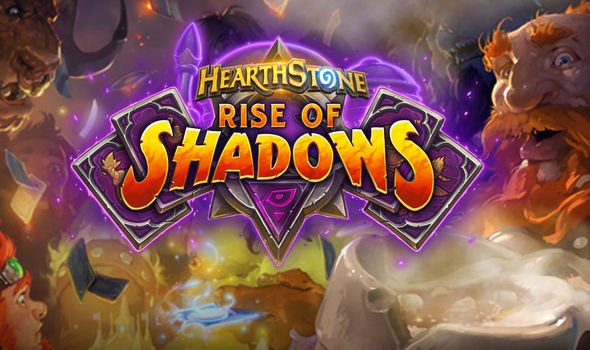 CALLBACK CARDS – Our villains have been around for a long time, so some of their cards may feel a bit . . . familiar. The Priest Spell Forbidden Words, which spends all the player’s mana to destroy a minion with that much attack or less, is a callback to Forbidden Shaping from Whispers of the Old Gods.

LACKEYS – Generated by EVIL cards that add Lackeys to your hand, Lackeys are 1/1 minions that, while lacking in terms of raw stats, pack a surprisingly powerful punch when they hit the board.

SCHEMES – Schemes are powerful spells that become even more powerful the longer they stay in your hand. It takes time to cook up a good scheme, but the payoff is totally worth it.

SHADOWS SOLO ADVENTURE – The accompanying Solo Adventure for Rise of Shadows will be released starting in May. The first chapter of this Solo Adventure will be free and, in a return to what players experienced with the original Hearthstone Adventures, additional chapters can be unlocked for $19.99, or 700 gold per chapter.

LAUNCH DAY CARD PACKS – During the first week of the expansion’s release, the Shadow Bundle will be available, containing nine Rise of Shadows card packs and an Arena ticket, while a free quest chain will also become available that rewards multiple card packs for the Rise of Shadows and Year of the Raven expansions.