Heartstopper is a beautiful series of graphic novels by Alice Oseman that has taken the queer world by storm since it began being published as a webcomic back in 2016. It’s an honest, heartfelt, and refreshing depiction of homosexual love between two teenagers in a British school setting that has been in need of such a story for so long.

Charlie Spring is a gay teenager who is out to his family and peers, having experienced the bullying and ridicule that is all too common for queer kids in the school system even today. Being different means you go through a lot of unwarranted bullshit, coming to terms with who your real friends are while unafraid to express your identity despite the troubles it might bring.

Before I came to terms with my gender in university I was the only publicly queer person in my entire sixth form. I dated boys and as a consequence became a weird talking point in my small Welsh hometown because I wasn’t afraid to hold hands with the same gender – at least at the time – and be seen showing affection to them in public. Back in 2012 it was still viewed as an oddity, something to be gawked at or viewed from behind a corner because we weren’t permitted the same agency as straight couples who were eating each other’s faces every other lunch break. LGBTQ+ teenagers are seen as obtuse social experiments. 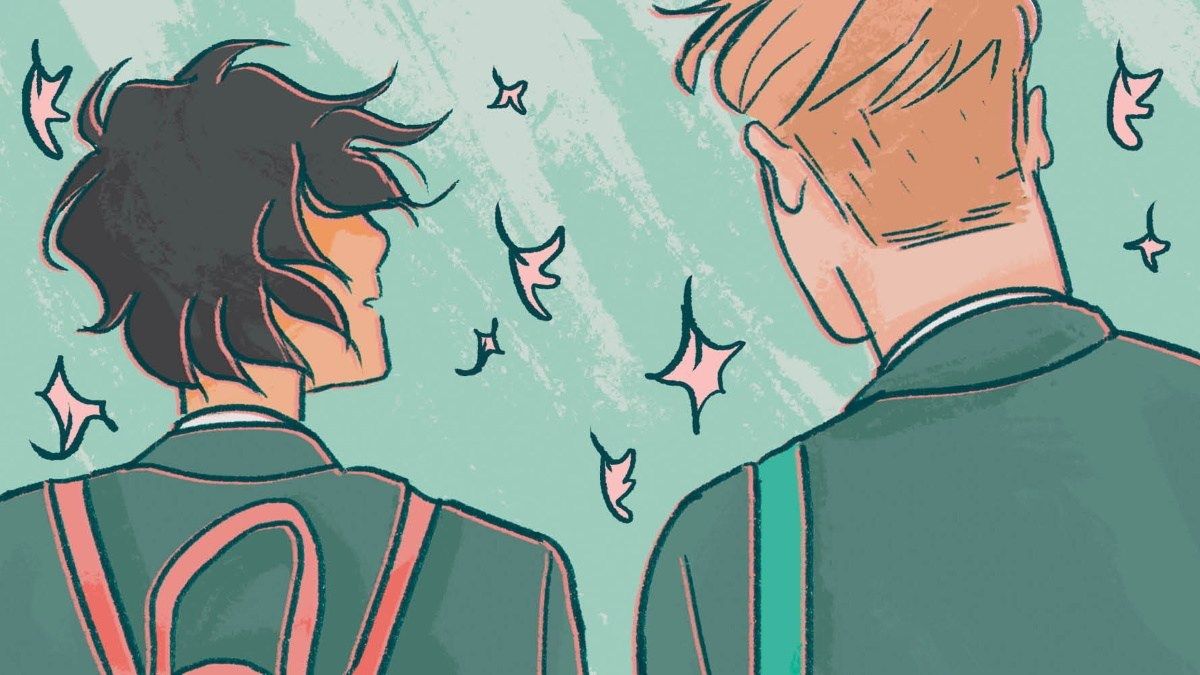 I was bullied at the bus stop, had teachers gossip about me, and was witness to a load of nonsense that sought to convince me I just wasn’t quite right. Fortunately I had a group of close friends who stood by me, alongside a couple of siblings who weren’t afraid to break the noses of those who dared mess with me. My family is weird. It's hard to explain. But this experience in school is something I saw reflected in every page of Heartstopper, right down to the needless bullying, close-knit friendships, and first signs of love between two boys who realise they can finally be comfortable with who they are. It’s adorably relatable, and across its four volumes and regular updates it continues to delight and surprise.

The story follows Charlie Spring as he slowly falls for Nick Nelson, a rough-and-tumble rugby lad who on the surface is as straight as they come. He’s a lad’s lad, so despite crushing on him within mere moments our protagonist admits that he doesn’t stand a chance. But once they’re sat together in registration a friendship begins to blossom, one that teeters on the edge of romance as both characters come to terms with the fact that there’s something more here. Watching them become friends before falling head over heels for one another feels real, whether Nick is tearfully coming out to his Mum as bisexual or Charlie is dealing with the self-doubt that comes from acknowledging that someone deems you worthy of love. I won’t delve much further into the narrative because you should read it for yourself, but Heartstopper is a slice of queer representation you can tell comes from someone who has lived and breathed such an environment, whether they’ve been witness to similar stories or are drawing from their own. It isn’t just in Nick and Charlie’s story either. Lesbian, transgender, and further representation is found across the supporting characters, all of which reinforce an inclusive view of the world while being unafraid to confront the bigoted bullshit that is all too common in Great Britain whether you’re outwardly queer or not.

Any young LGBTQ+ person growing up in the UK will see themselves in Heartstopper, and that’s likely why it has resonated with so many. So much so that Oseman’s once humble webcomic has been picked up by Netflix for a live-action adaptation. Many have their doubts about the story being translated to screen and whether it can do the story justice, and I admit I’m one of those people. I have very distinct pictures of these characters in my head alongside how they talk, sound, and act even outside the stories we’ve been told.

When you’re casting actors and seeking to retell the entire plot in a new medium there will always be obstacles to tackle, and Heartstopper is no different. But I’m holding out a lot of hope for this one, since judging by the first trailer it seeks to be faithful to the source material in every conceivable way. Casting is authentic, such as trans character Elle Argent who herself is being played by a trans actor. Joe Locke and Kit Connor seem to do a fantastic job of embodying the spirit of Charlie and Nick respectively. 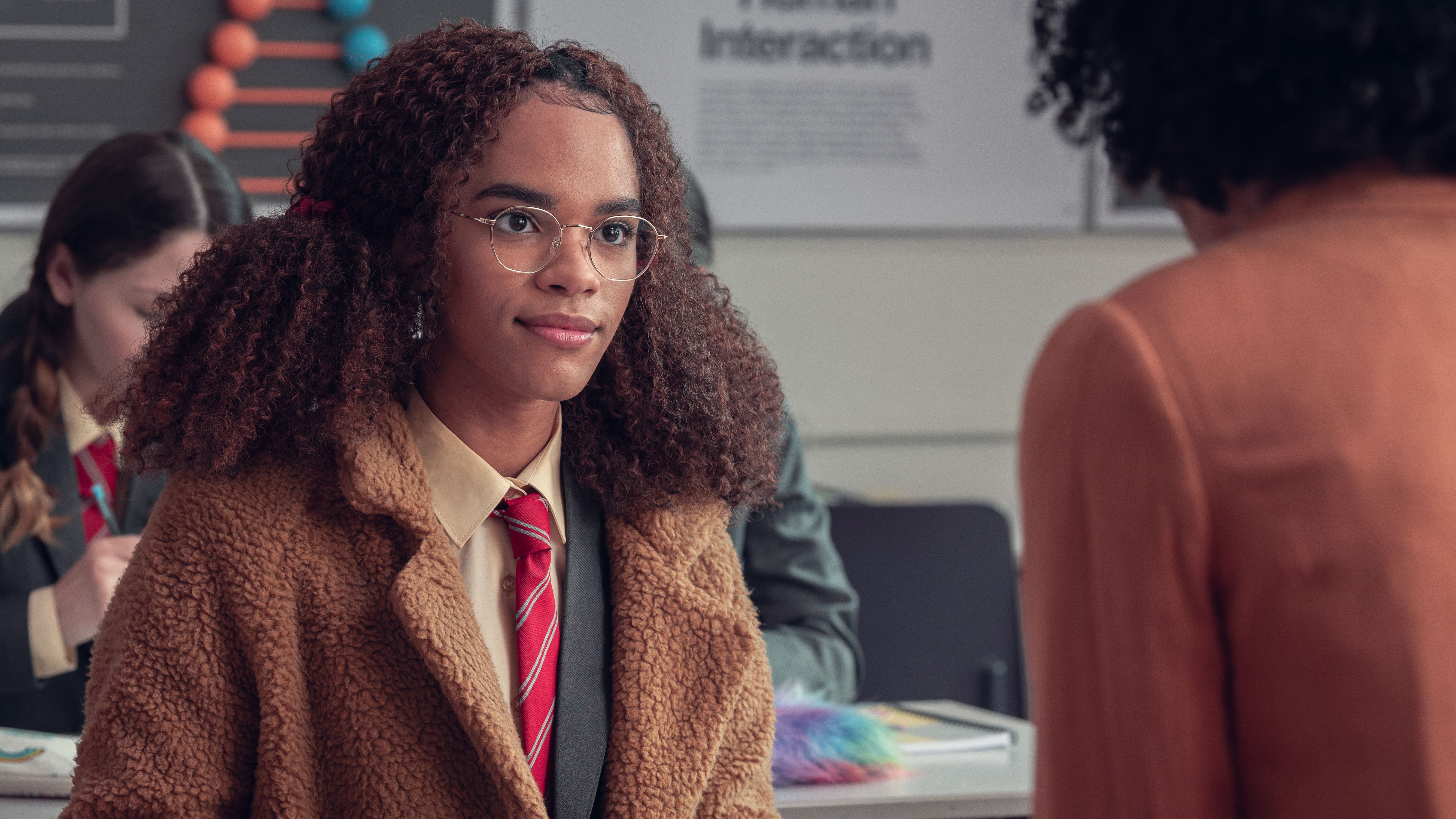 There’s a vibe to the set design, atmosphere, and characters that seeks to replicate the graphic novel while also seeking to form its own unique identity, perhaps one that will open up this universe to a whole new audience of fans who will find something aspirational in its story of love, identity, and acceptance. It has a similar energy to Skins, but geared towards a younger demographic with a queer story at the centre that never plans to delve into the complications of sex or betrayal. It’s very reminiscent of puppy love, with Charlie and Nick content to kiss, cuddle, and spend every waking moment with one another as the reality of finally finding happiness in who they are hits for the very first time. Friends and family around them worry that this honeymoon will only end in heartbreak, so much of the story follows the foundations of this relationship being established as it becomes a facet of normalcy. Like I said, read it for yourself because there’s so much to it.

I binged all four volumes of Heartstopper in the space of two days and have since picked up all the spin-off novels as I eagerly await the Netflix adaptation. Like all live-action shows of things I love – especially the upcoming She-Ra thing at Amazon – I pray that they don’t tear apart what made the source material so beloved in the first place. But here it feels like Oseman has been intimately involved in every aspect of the production, whether it be vetting the legitimacy of character roles or scrutinising the accuracy of its set design, everything just feels right. Maybe I’ll be wrong and the eight-part series will crash and burn, but I’m feeling good about this one. I’m serious, please read the comic so I can gush about it with you.