Those familiar with The Witcher know that an image of Geralt of Rivia relaxing in a bathtub has become an iconic staple of the series. Of course, Netflix recreated this scene in their live action adaptation of the story, but despite Henry Cavill trying to make it happen, one small detail was missing from the scene: Geralt’s feet hanging out of the water and resting on the tub.

In a recent interview with BBC Radio 1, Cavill explained that he had tried to put his feet up in order to match the iconic image of Geralt bathing in The Witcher 3: Wild Hunt, but “the bath was the wrong shape.” This means that we were just one measly bathtub away from seeing the iconic image recreated to a tee. 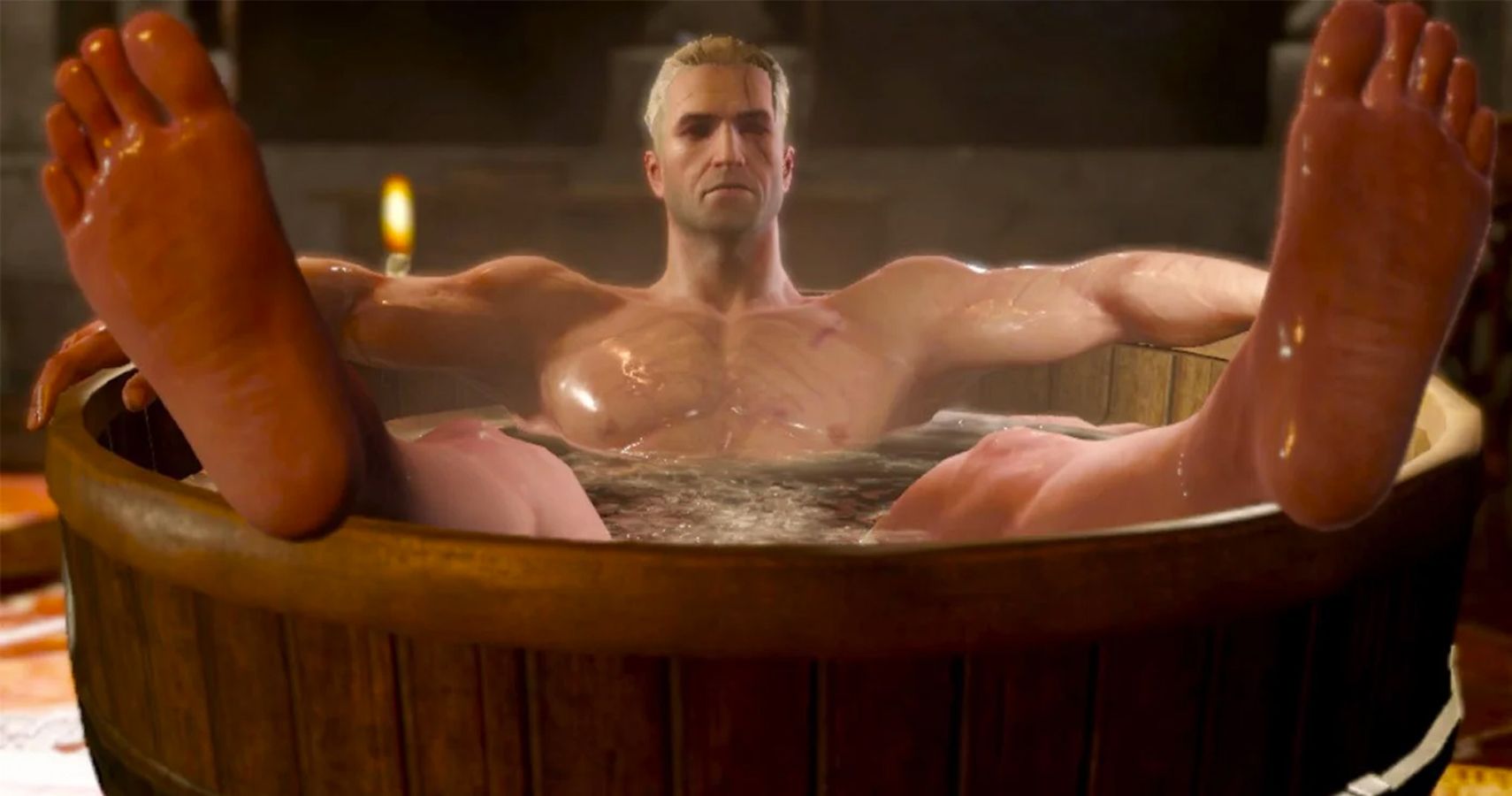 Still, fans loved The Witcher‘s live action bathtub scene, and despite not including Cavill’s feet, the hint to the show’s source material went over well. While shooting, Cavill admits that he was wondering if the cast and crew around him knew just how much the scene was going to explode, given that there was already an iconic image attached to it thanks to The Witcher 3.

Of course, Geralt’s infamous baths were first introduced in the novels, but Cavill explains that the video games are the real reason why the scene had to be included in the show. He finally admits that if he were able to rest his feet up on the tub, “it might have been a bit much”. We kindly disagree with him.

At the end of the day, Netflix’s The Witcher certainly saw success in its first season, as the show was able to effectively build the world of the Continent through its storytelling, production design, and excellent use of special effects. The Witcher was also reportedly the most watched first season of any Netflix show in the streaming service’s history, which is quite the accomplishment in itself.

Fans can expect to see The Witcher season 2 launch sometime in 2021, where the story of Geralt and Ciri will be continued but the nonlinear timeline will be ditched. In the meantime, you can always go back and play The Witcher 3, which was recently released on the Nintendo Switch and is also currently available on Xbox Game Pass.