Ghostwire: Tokyo is quite a mysterious game. From its eerie atmosphere to its complex mythology, there’s a lot to unravel within the spooky confines of Shibuya. Through completing the game’s plethora of amazing side quests or by simply exploring, you’ll likely stumble across some of the game’s answers yourself.

Whether it's understanding just what happened to the people of Tokyo or getting to grips with the city itself, you’ll almost certainly come across hidden plotlines outside the main story. However, for those who perhaps missed out on them, here are the secret stories that make Ghostwire: Tokyo as creepy as it is. 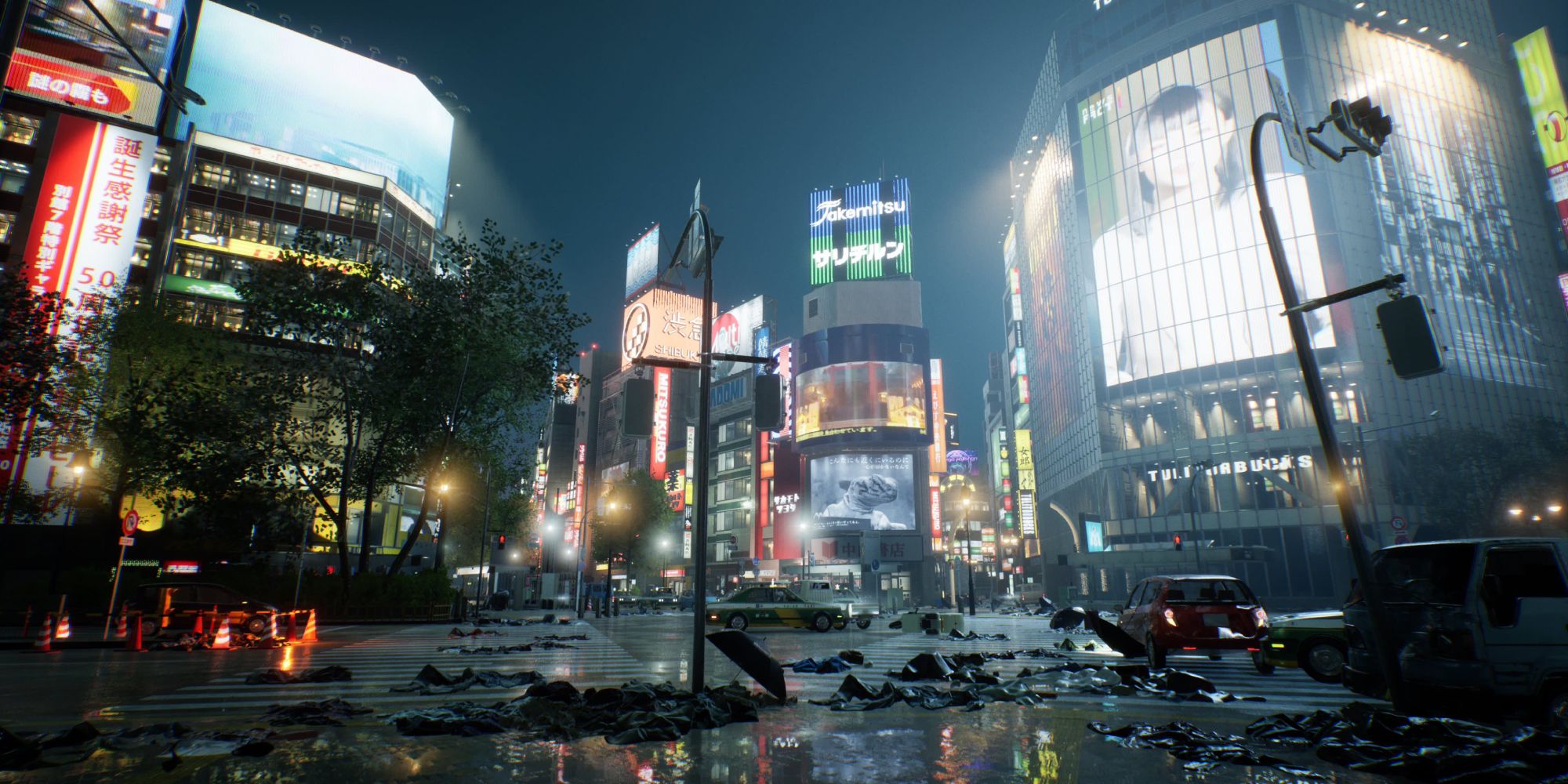 At the very beginning of the game, you’ll bump into a handful of real, living people. For a moment, you think you’re not alone, that there will be someone here to help you. And then, without warning, they’re taken by the fog and never seen again. All that remains of them are their clothes strewn across the floor like ashes. This is the case all across Shibuya, a place now more covered by discarded clothes than buildings. What makes exploring Ghostwire: Tokyo’s frighteningly unsettling recreation of Shibuya are these clothes.

By simply glancing down every so often you’ll encounter what is ostensibly a mini-story. A jogger running up the temple staircase suddenly swamped by fog, a mother and her daughter pushing a pram before disappearing, a business person walking to work until they’re taken. All of these stories are told through small touches in the clothing, their placement in the world, and their proximity to others. They can tell some of the most harrowing tales and are a constant reminder of everything that’s been lost. 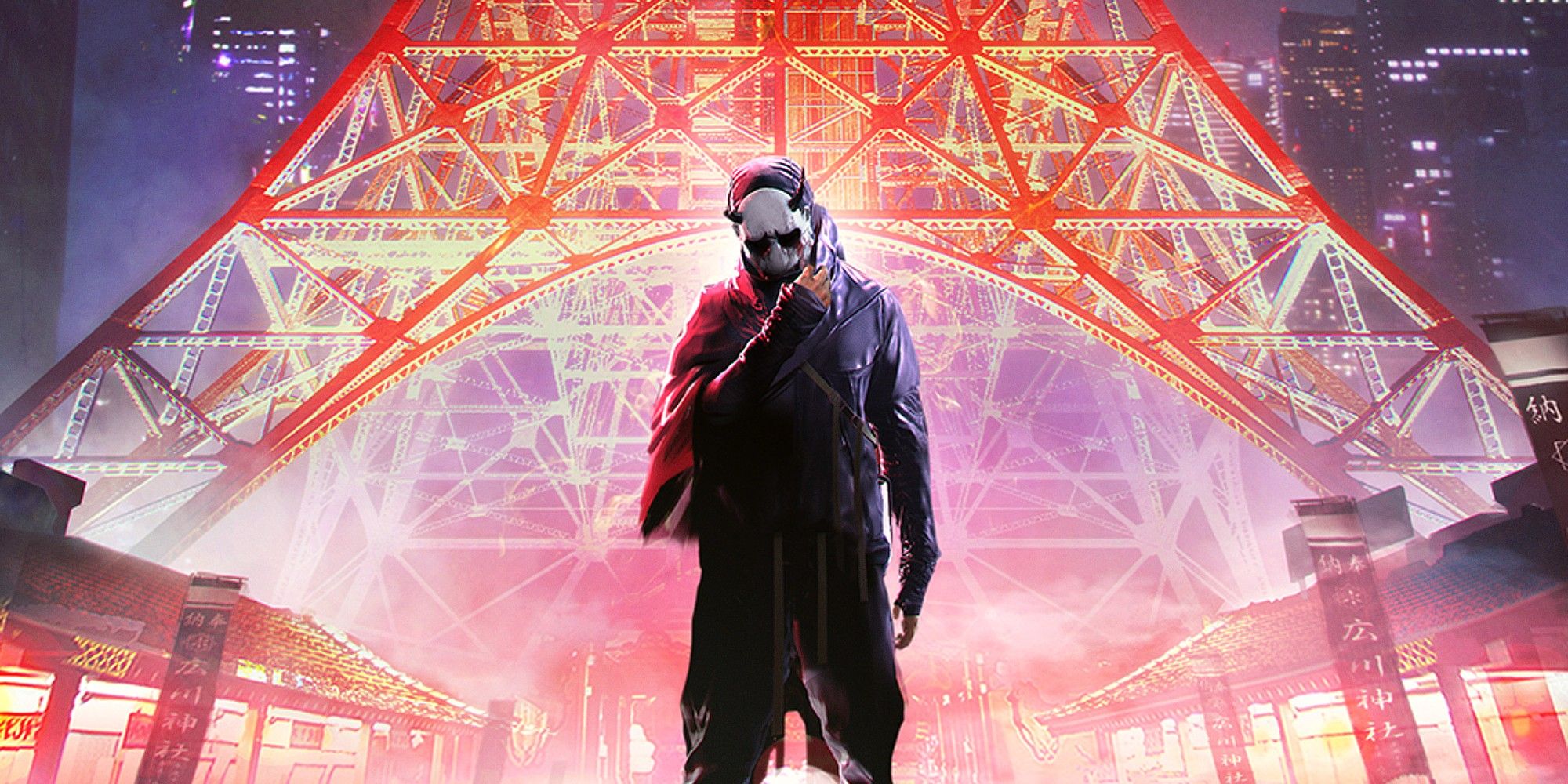 As you explore Tokyo you’ll come across the Visitors. These creepy creatures are your enemies and will relentlessly attack you until you either run away or fight back. They’re the stuff of nightmares – tall skinny men with umbrellas, keep them away from us – so destroying them with your spells will likely become your next favorite thing to do. However, while we’re not in support of these horrifying baddies, we would like to bring your attention to the database. Yes, it’s a lot of text, but learning about the Visitors is fascinating.

Like with a lot of Ghostwire: Tokyo’s hidden plotlines, the Visitors are often in plain sight. It’s up to you to unravel the mysteries behind each one, and we don’t just mean where they’ve come from or why they’re haunting Tokyo. Each Visitor represents a negative emotion that plagues the people of Japan – and other countries, of course – to this very day. Feelings of being inadequate, of experiencing overwhelming stress, greed, misery, and more have been contorted into these Visitors. They’re personified mental illness, the demons those who suffer from poor mental health see within themselves every day. Learning about them is extremely interesting and will likely give you a better appreciation of the struggles that Japanese children and adults actively go through on a daily basis.

3 The History Of Tokyo 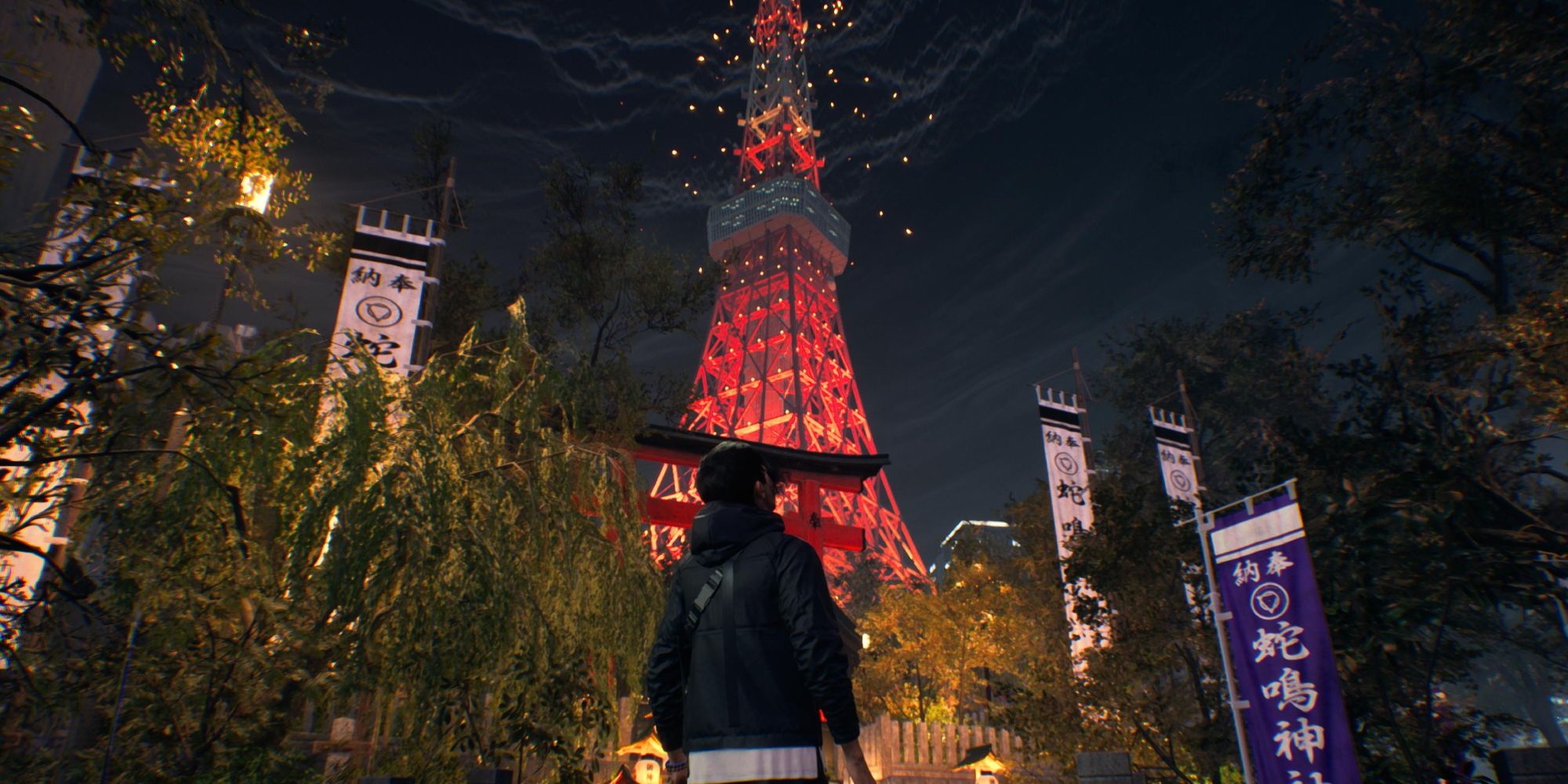 Tokyo is such a fascinating place. It's a hub of technology and big ideas, of small alleyways and drinks with friends, of tourist traps and little-known secrets. There’s so much to love about the wonderful city – Shibuya especially – so the fact that players get the opportunity to explore it in quite a lot of detail is incredible. Of course, for a lot of people, Tokyo remains somewhat of a mystery. While people may know the Shibuya Crossing from video games – it appears in a surprising amount – they may know less about the Restricted Areas or the ironically named Sports Avenue.

There is so much history hidden behind all of these places, and Ghostwire: Tokyo wants you to know all about it. By simply hopping into the database you can read about each and every location you visit in detail. Even should you have an aversion to reading, then just by exploring these areas you’ll quickly begin to understand what makes them so special. But it is absolutely worth looking into the stories of these places, the history behind them, and even the people that made them. In a way, Tokyo is one of the best and most important characters in Ghostwire: Tokyo. 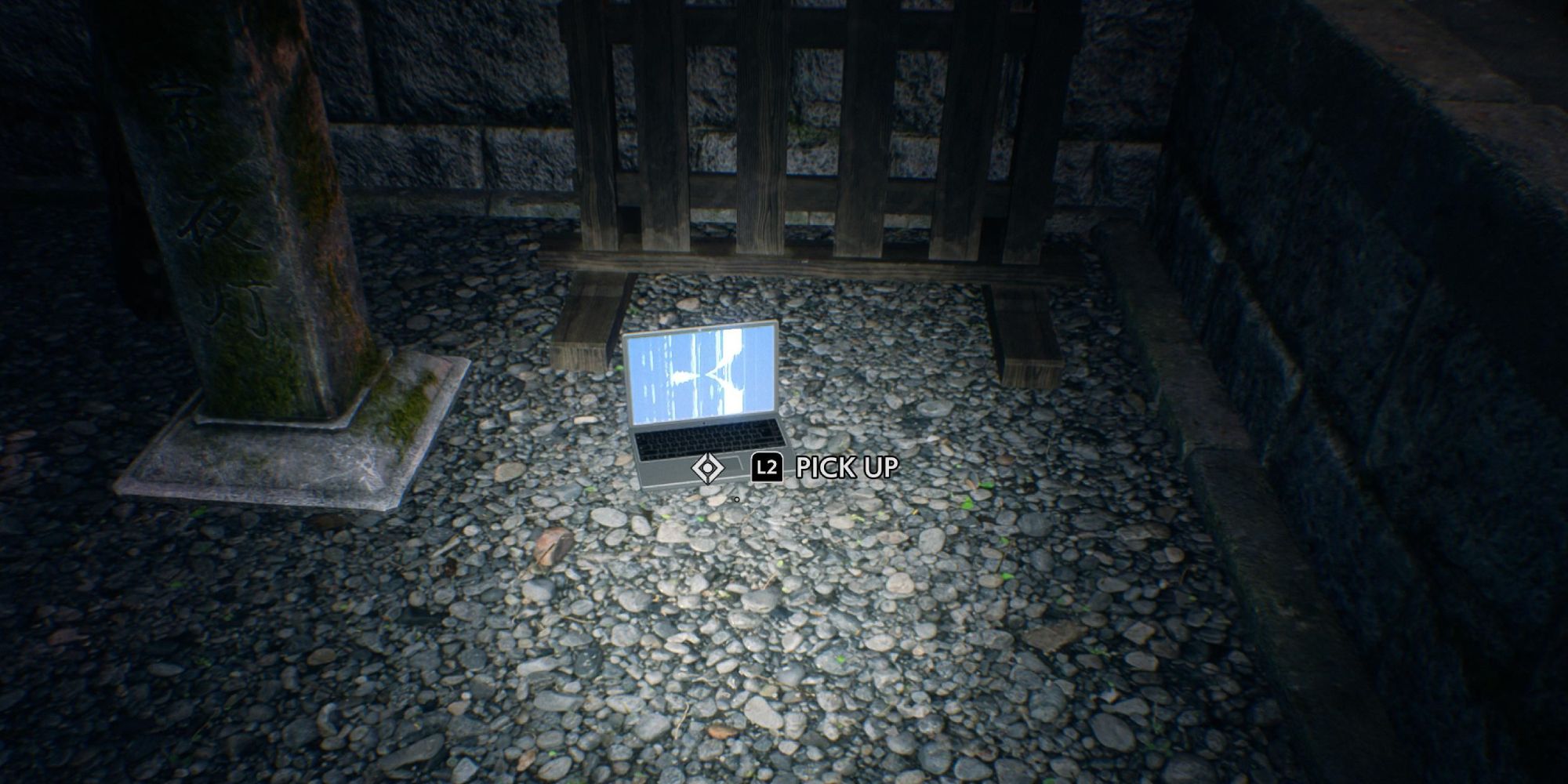 A certain scientist keeps leaving behind his laptops – open mind you – with his voice logs available for all to listen to. Sure, like a lot of Ghostwire: Tokyo, it doesn’t quite make sense. However, they add a whole new layer of mystery to this already quite mysterious game. For example, who is the scientist? Why is he leaving voice recordings everywhere? And what’s with his newfound interest in the human spirit?

While a lot of players may already know who the certain scientist is, some may yet need to figure it out. So, no spoilers here. However, it is one of the more fascinating hidden plotlines as not only do you need to go out of your way to collect each recording, but the eerie tone of each one and their cryptic stories make for engaging listens.

1 KK And The Gang 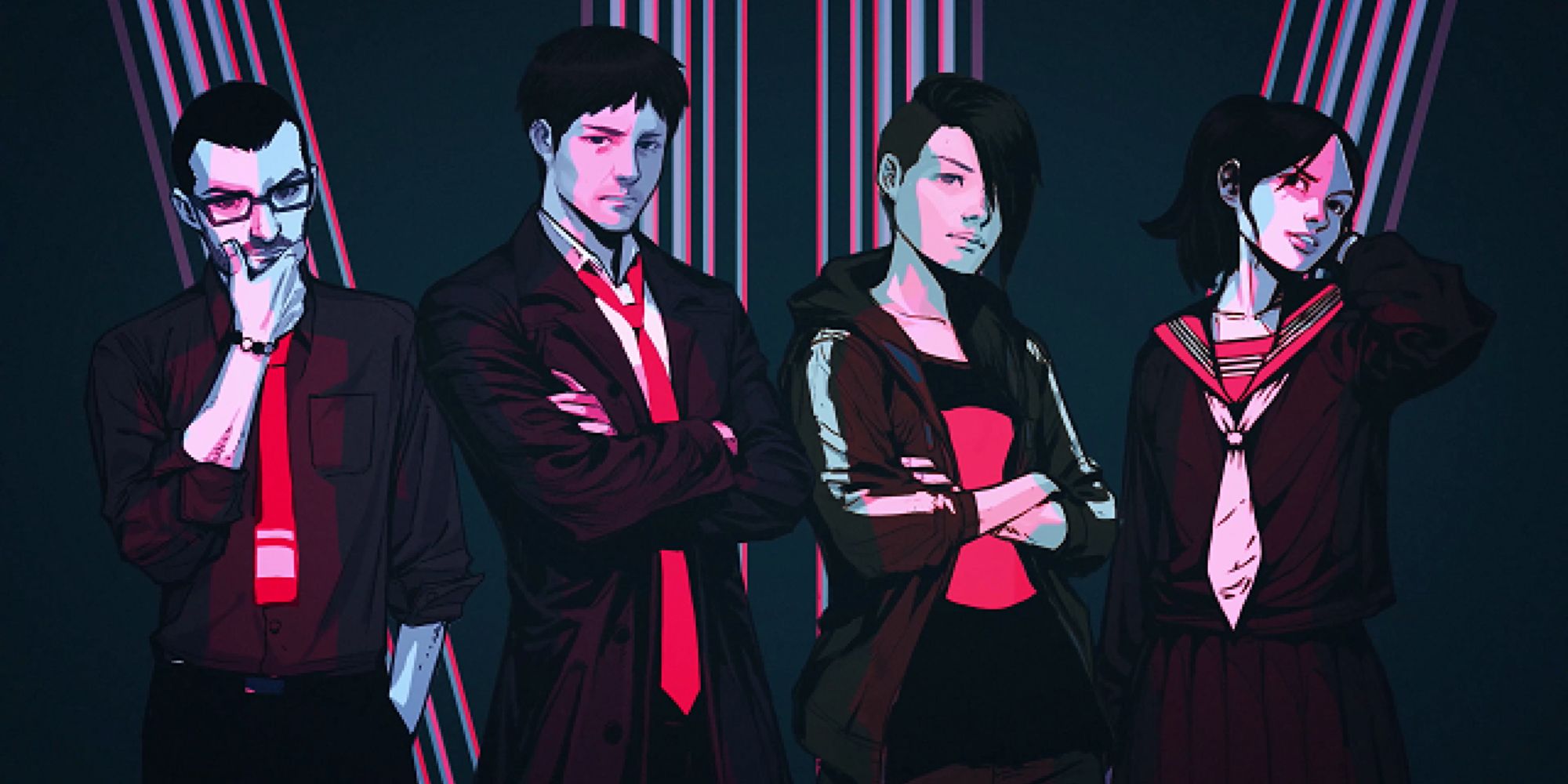 KK is a huge part of Ghostwire: Tokyo. He’s that charmingly brash spirit that lives inside you, gives you his powers, and eventually becomes your bestie. However, one aspect that doesn’t quite get fleshed out during the main game is KK and his relationship with the other paranormal investigators. Sure, they appear and are mentioned quite a few times. However, their time together before the beginning of the game – aka when everyone got snapped out of existence by fog – isn’t detailed as extensively.

Fortunately, a visual novel called Ghostwire: Tokyo – Prelude The Corrupted Casefile was released for free. It may not be particularly long, but it does go into the various characters that made up KK’s group of budding paranormal investigators. Most importantly, it goes into some depth about Erika who is an incredibly important character in the main game. So, while KK and his relationships with his gang may be a hidden plotline, those who want more clarity can check out the visual novel companion after finishing Ghostwire: Tokyo.