There is plenty of content you will find in Horizon Forbidden West that will keep you attached to the game for a long time. When you want to take time off from playing the story missions, you can head on adventures to find collectibles or meet with NPCs and complete their quests.

One of the NPCs you will encounter is Chaplain Jetakka, part of the Tenakth's Desert Clan, who will give you some side quests. One of the side quests you will get from him is called The Gate of the Vanquished. Below is the walkthrough of this quest.

The Gate Of The Vanquished Side Quest 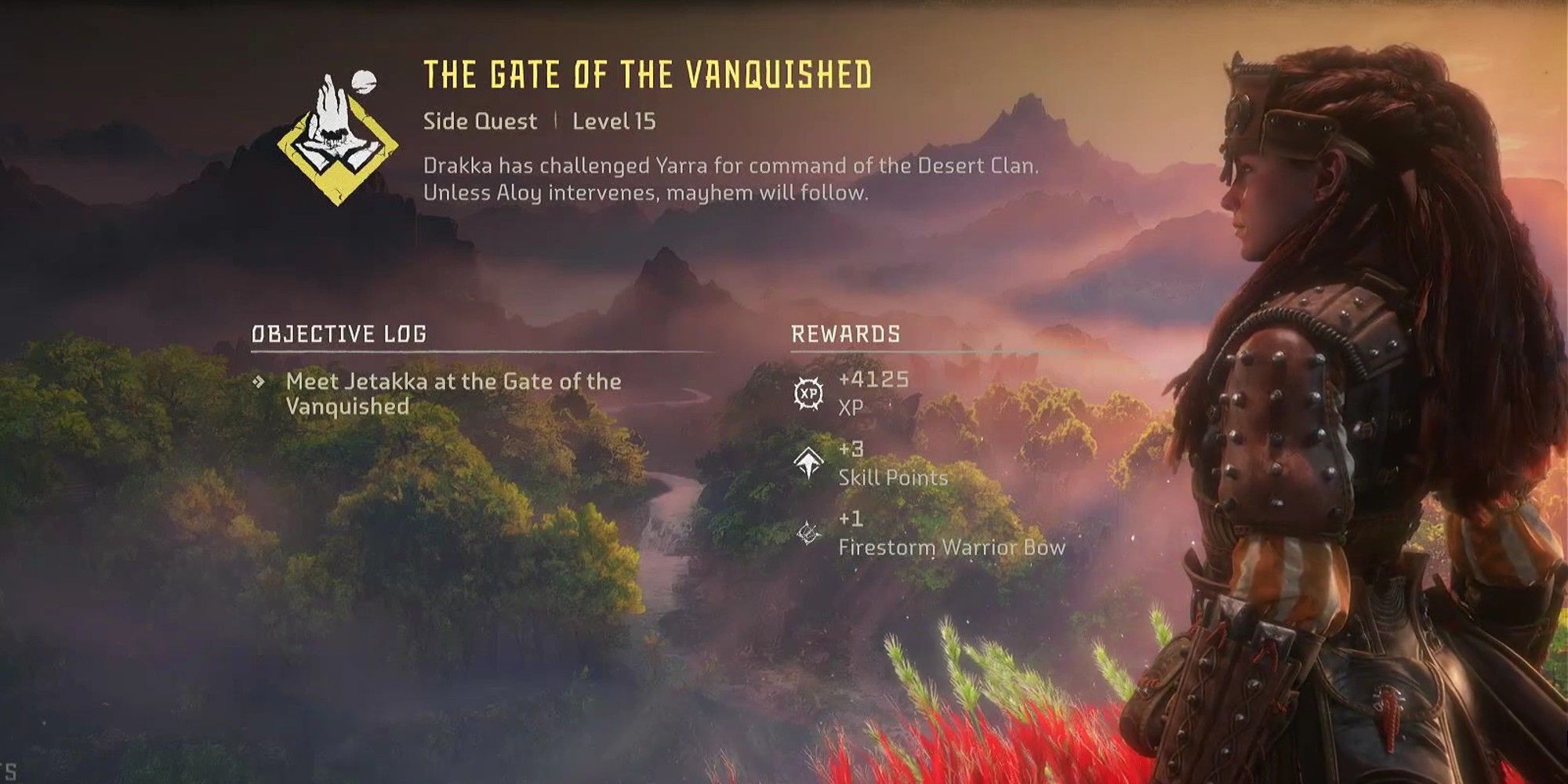 The Gate of the Vanquished is part of the three quests storyline from Jetakka and unlocks after completing The Wound in the Sand and Thirst for the Hunt side quests. The level required to play the side quest is Level 15, and you will get 3 Skill Points, Firestorm Warrior Bow, and 3,750 XP for completing the quest.

Jetakka does not want the people of the Desert Clan to get caught in the fight between those two. He tries to convince Drakka and Yarra to stop the bloodbath and solve the matter in some other way. But both of them are blinded by the anger against each other and won't listen to Jetakka. He now wants your help in putting an end to the matter. 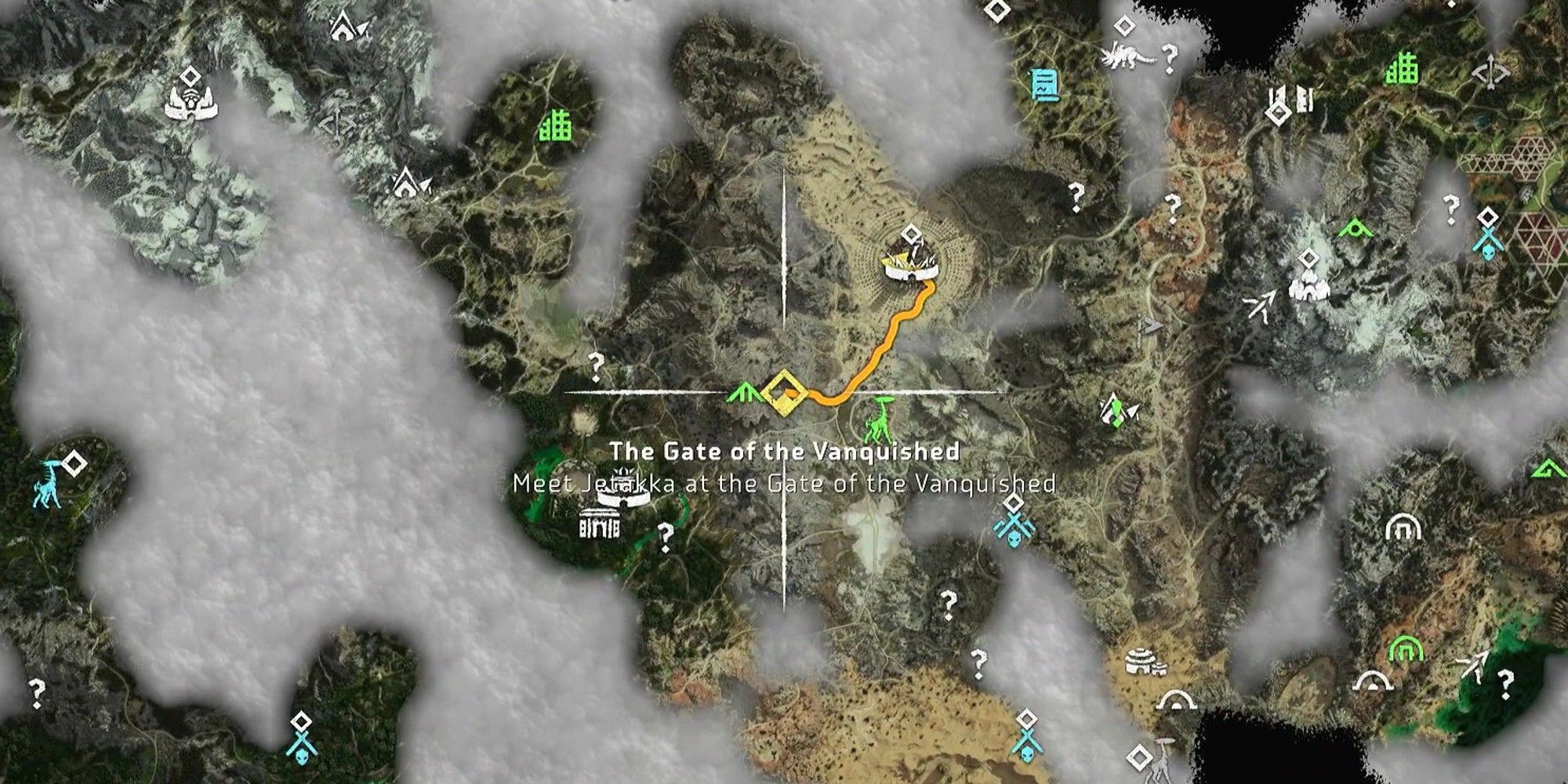 Jetakka wants you to meet him at The Gate of the Vanquish, located south of the Scolding Spear. When you reach the arena, it will be full of the people of the Desert Clan, and Drakka and Yarra will be going at each other in the middle.

Speak To Drakka And Yarra 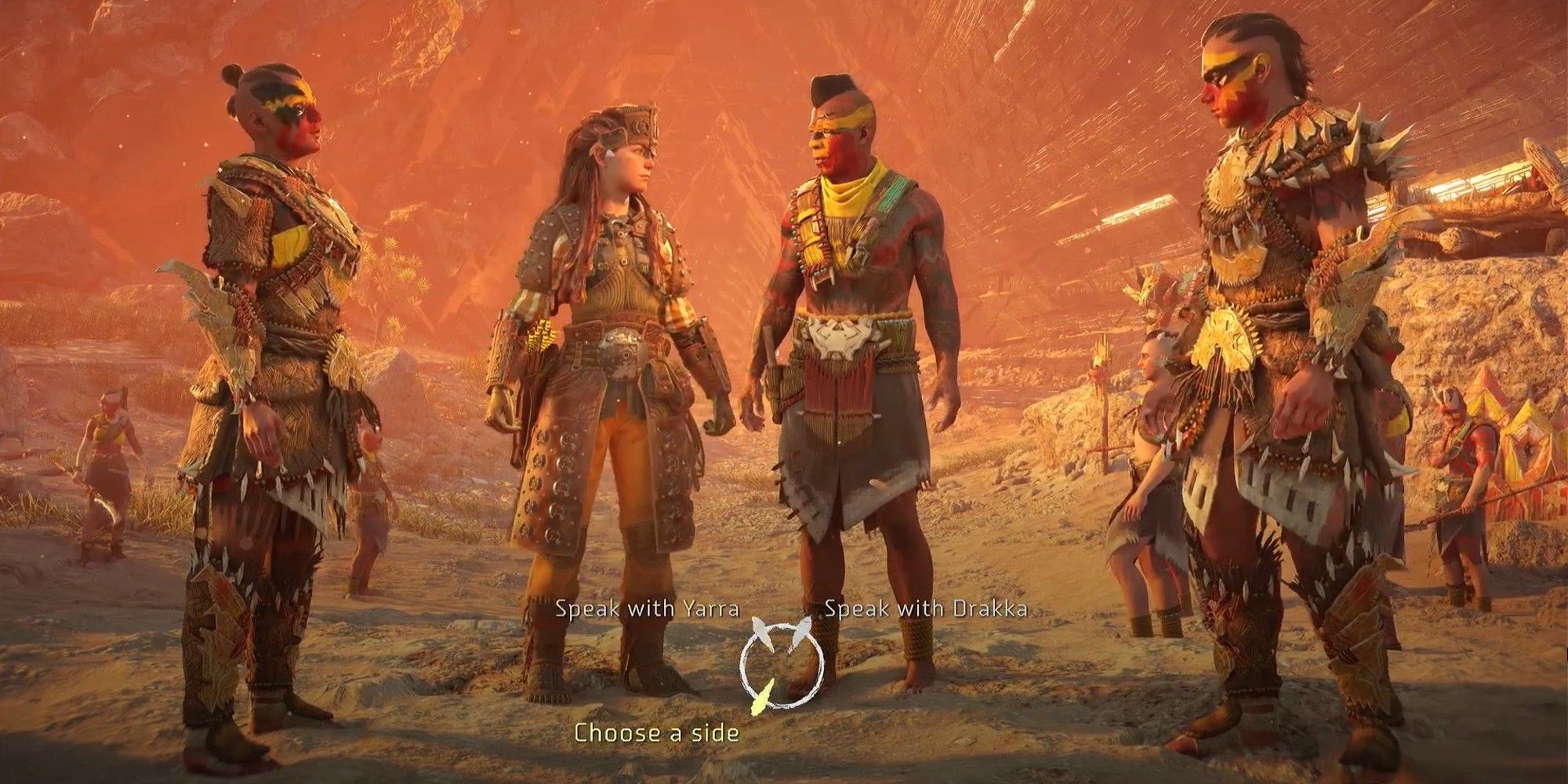 When you reach the spot and interact with Jetakka, you will have the opportunity to talk sense to both of them. However, neither of them will agree to a single thing you say and decide to end the matter on the spot once and forever.

Choose Your Side – Drakka Or Yarra 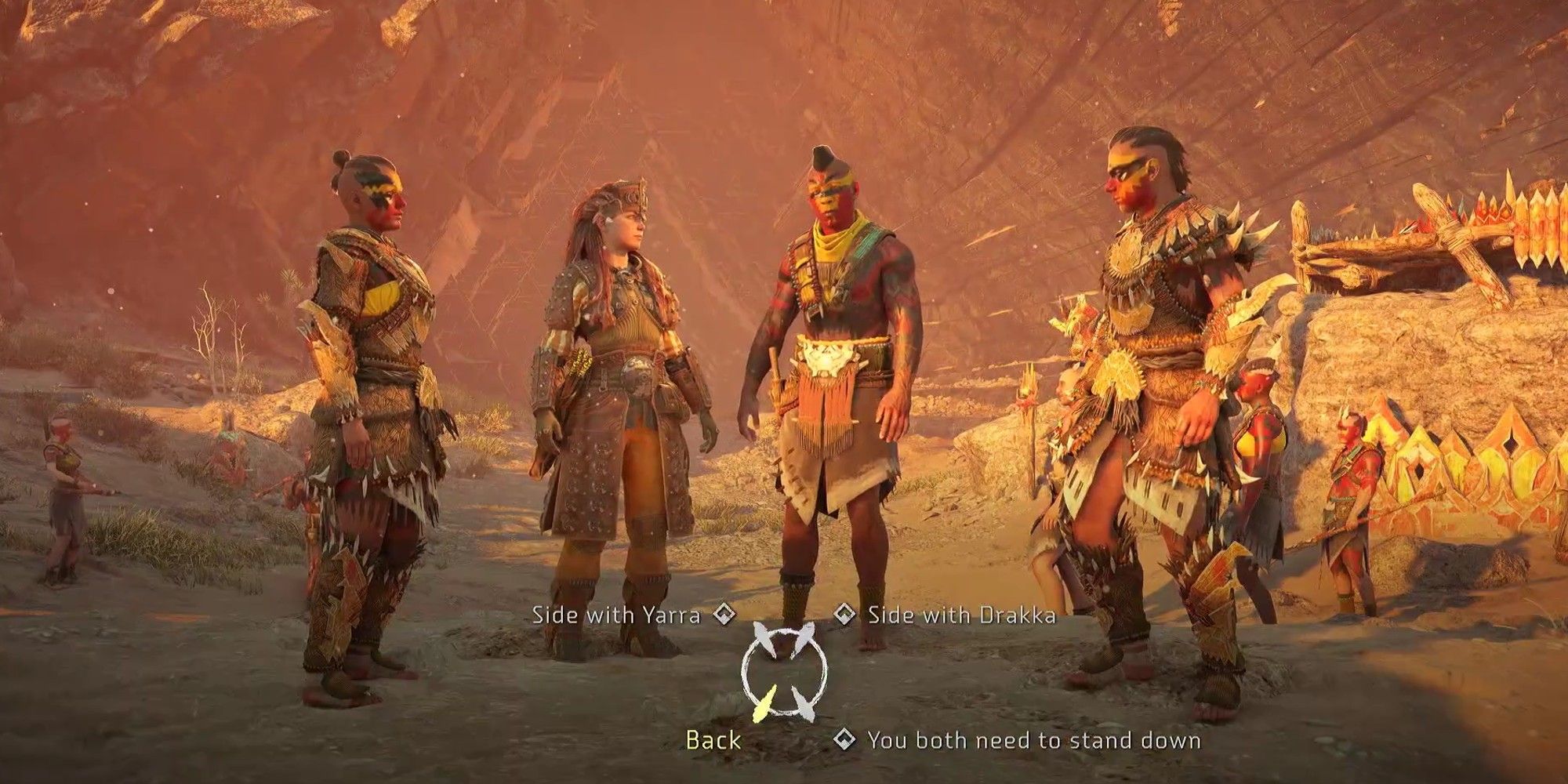 You will now have the choice to pick one of the two sides. You will also have the option to side with neither of them, but they will force you to choose one side.

Ultimately, neither of the choices will have an effect on the main story, but the only difference is that the one who lives will give you the Burden of Command errand later on.

It is up to you who you like the most of the two and who deserves to be the commander of the Desert Clan. On the side you choose, you will have to fight beside them and kill the people of the other group. 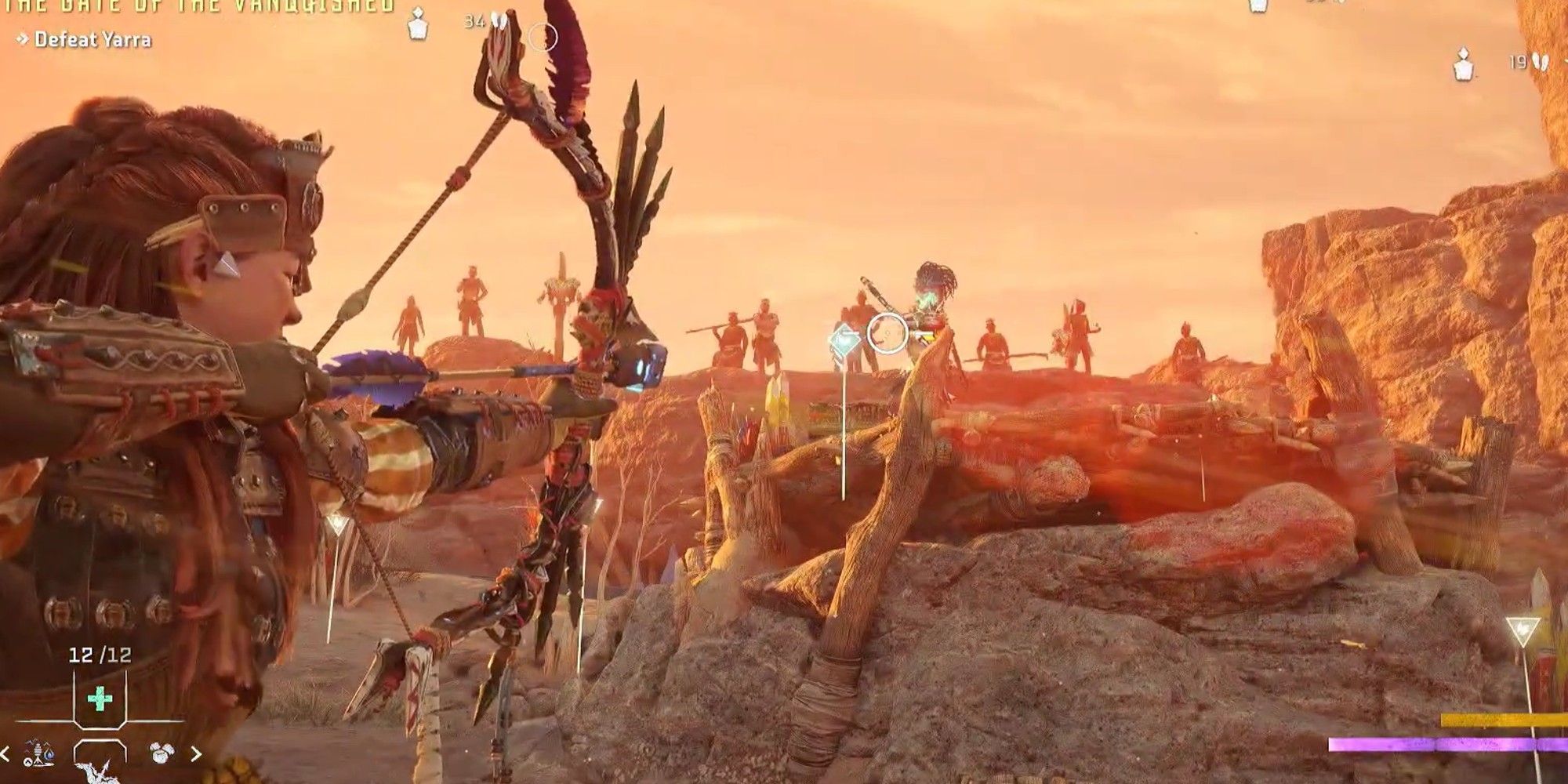 The fight will begin, and the enemies will come charging at you. They will not hold back and kill you if you decide to go easy on them. Drakka and Yarra will shoot from a distance while their warriors will come at you for a melee fight.

Target their heads for a quick headshot and destroy their armor to open up their weak spots. An arrow to the head will do the job as they are humans. Kill them as quickly as you can while dodging their attacks as they can deliver a deadly blow to Aloy.

After you kill some of their warriors, Drakka and Yarra will jump in the fight. You will now have to face the one you're up against and deal damage to them until their health bar reaches zero.

Once defeated, a cutscene will play where it will show Drakka or Yarra struggling with themselves. Yarra will then stab Drakka, or the other way around, and they will end their misery.

As we already mentioned, if you side with Yarra and she wins, she will stay as the commander of the Desert Clan. And if you side with Drakka, he will kill Yarra and take over as the new commander of the Desert Clan. Either choice will conclude the Gate of the Vanquished side quest and get you the Firestorm Warrior Bow from the person you fought beside.