After a couple of decades in the wilderness, esports is coming into its own as a form of mass media entertainment. The global esports viewer base is estimated to grow from 355 million in 2018 to 674 million in 2022, nearly a 90% jump, according to the Consumer Technology Association.

One company that has been in lockstep with this trend is ESL, a tournament organizer that has been around since 2000. At CES 2020, I caught up with Yvette Martinez-Rae, CEO of ESL North America, and Paul Brewer, senior vice president of brand partnerships at ESL North America. They were part of the esports track at CES 2020, the big tech trade show in Las Vegas last week.

Part of the usual job for Martinez-Rea and Brewer has been to explain esports to big companies who are potential sponsors for their events, which target millennials and gamers who are hard to reach with traditional advertising channels. But these days, the brands are coming to them.

And their esports world is getting bigger. ESL and DreamHack are teaming up with Blizzard Entertainment to create tournaments for StarCraft II and Warcraft III: Reforged.

ESL operates high-profile online and offline competitions such as ESL One, Intel Extreme Masters, ESL Pro League and other top tier stadium-size events. It is also helping amateurs make their way to the pros via grassroots tournaments. ESL is a part of esports and gaming company MTG.

Here’s an edited transcript of our interview. 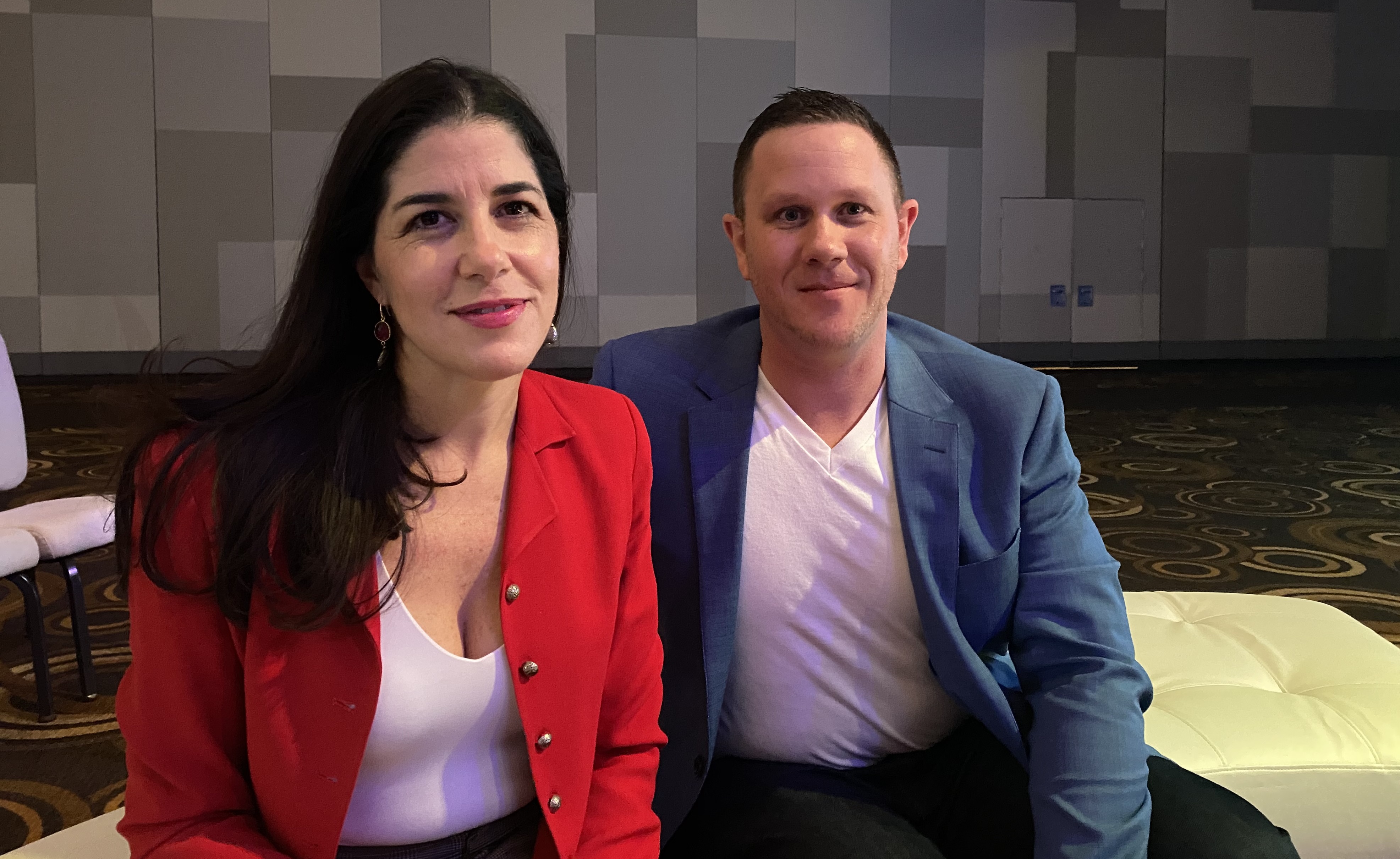 Above: ESL’s Yvette Martinez-Rae and Paul Brewer at CES 2020.

GamesBeat: Can you bring me up to speed on your view of esports and where it is?

Yvette Martinez-Rea: I’m responsible for North America, so my perspective is oriented around that right now. We’re specifically, along with some of the guys on stage here today–all of us are focused on how to create what I think of as sustainable, scalable esports assets in this country, so we can start to grow the fanbase. Asia and Europe are ahead of us. But what you’ll see is all of us focusing this year on that continual–creating properties that are easy to understand — what they are, how people advance through them — and then bringing more brands and partners in.

You’re going to see a lot of focus this year, a lot of trends around using data to enhance the player experience. How do I tell you, when you play this map, that four times out of five you make a key mistake in a certain place? All the other players on that same map do this thing differently. How do I give you that data in real time, customized to you? Additionally, we’re using more data in the live experience, to make that richer for the fans. You’ll see big trends there.

Finally, you’ll continue to see a lot of focus from us and others on diversifying both the player base and the fanbase. For us specifically, we’re focused on mobile titles. We think that’s a complete game-changer as far as allowing different kinds of people to play and compete. In general, from what I’m seeing from my peers around the industry, there’s a greater sensitivity to–let’s make sure we don’t go too far down this path without addressing accessibility for all people as players and fans.

Paul Brewer: The only thing I’d add specific to the brand experience–what we’re seeing recently, and what we’ll see moving forward, is that brands are starting to reallocate dollars from their traditional marketing mix — traditional sports and music and other forms of entertainment — into esports. We’ve seen it with military, beverage, fast food. A lot of them used to sponsor traditional sports leagues and other forms of entertainment, and they’re shifting that spend into esports, which is really exciting.

GamesBeat: They can’t find gamers or millennials in those markets anymore.

Brewer: It’s always going to be about the audience that the esports world has. What comes with that, and we’ve touched on it a bit, is a higher degree of sophistication in the analysis of what they’re spending on. That means more data, more research, more insights into audience. What is my dollar buying me? What traditional sports has been providing them for the last 15-20 years. 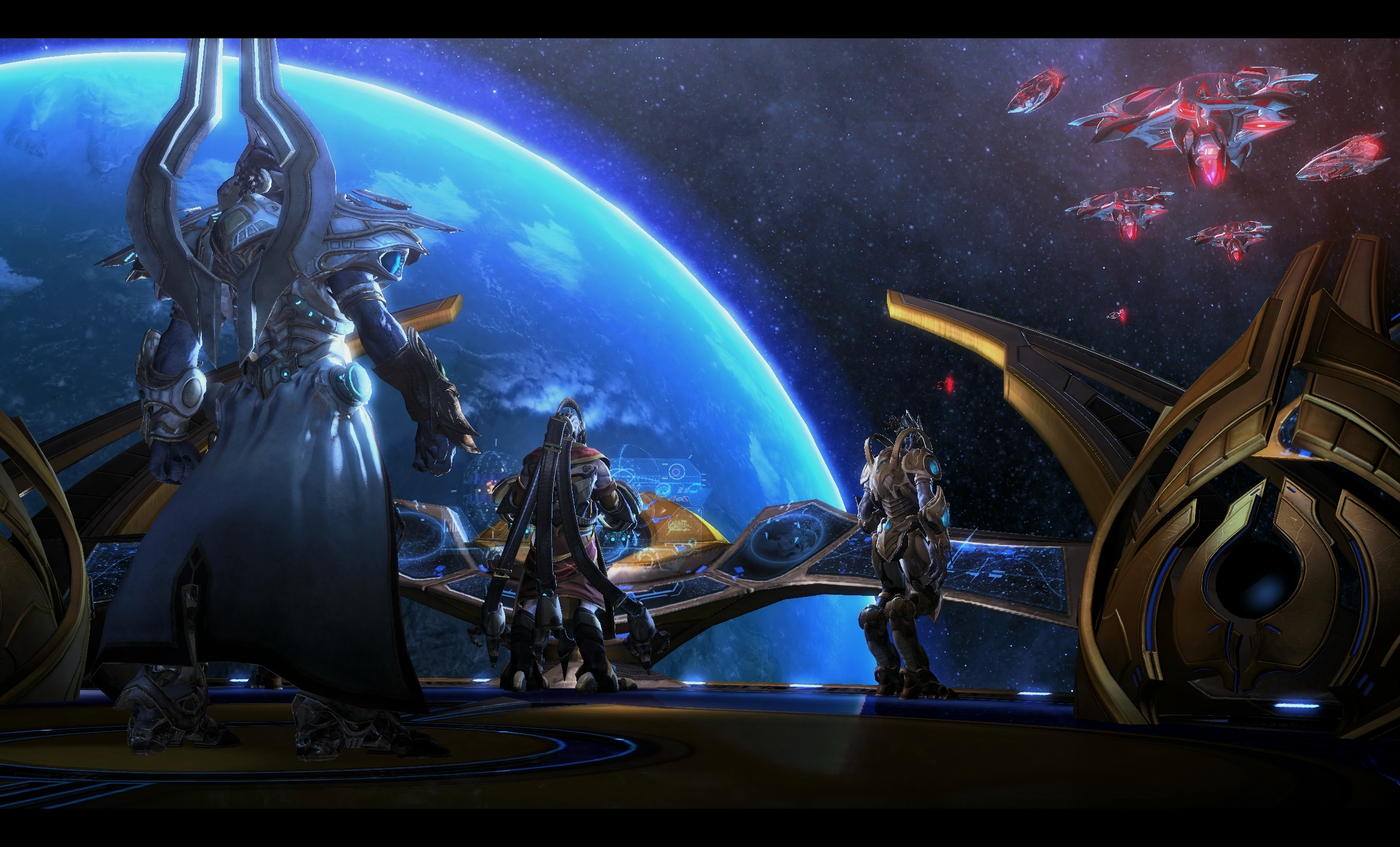 Above: Could StarCraft II: Legacy of the Void be coming on a phone near you?

GamesBeat: You just announced this deal with Blizzard around StarCraft and Warcraft. That seems like a familiar kind of deal for you.

Martinez-Rea: ESL is 20 years old, and we’ve been working with Blizzard for probably every one of those years in some form or capacity, across tons of titles. We’ve worked with them a lot here in the U.S. on Hearthstone and doing things at BlizzCon. It’s a long-standing relationship.

Obviously a lot of their focus is on Overwatch and Call of Duty. We’ve talked to them about how they can continue to support this super passionate community of StarCraft fans and players, and Warcraft as well. How do we collectively marry their continued interest in those games and our interest in celebrating, really, this legacy. At the end of the day, StarCraft is the genesis of this. Nobody wanted to see it go away. But they also knew that wasn’t going to be the primary focus for them. Together we said, “Look, this is a one plus one equals three situation.” We’re excited about that. It’s been fun, because the community has been so excited about it.

GamesBeat: It’s retro, but it doesn’t go away.

Brewer: It’s a legacy title, as you know. After 23 CESes, we’ve been around to see all the versions of StarCraft. For us, that’s what we’re set up to do, to provide that infrastructure and maintain an esport so it doesn’t sunset.

GamesBeat: One of the good things about that is that–it’s kind of like CS:GO, where the rules never change. It’s that parallel to something like baseball. It’s more predictable.

Martinez-Rea: The nice thing for us at this point–I’ve seen this over the last four years. As ESL, we now have a global infrastructure with our major events. It becomes a lot easier for us to take titles like this and plug them into the DreamHack and ESL properties that already have fanbases, that already have infrastructure, all of that. It’s much easier than it is for Blizzard to go off and keep doing this stuff as one-offs. We’re excited that we’re now at a point globally that we can do this with very little extra heavy lifting. 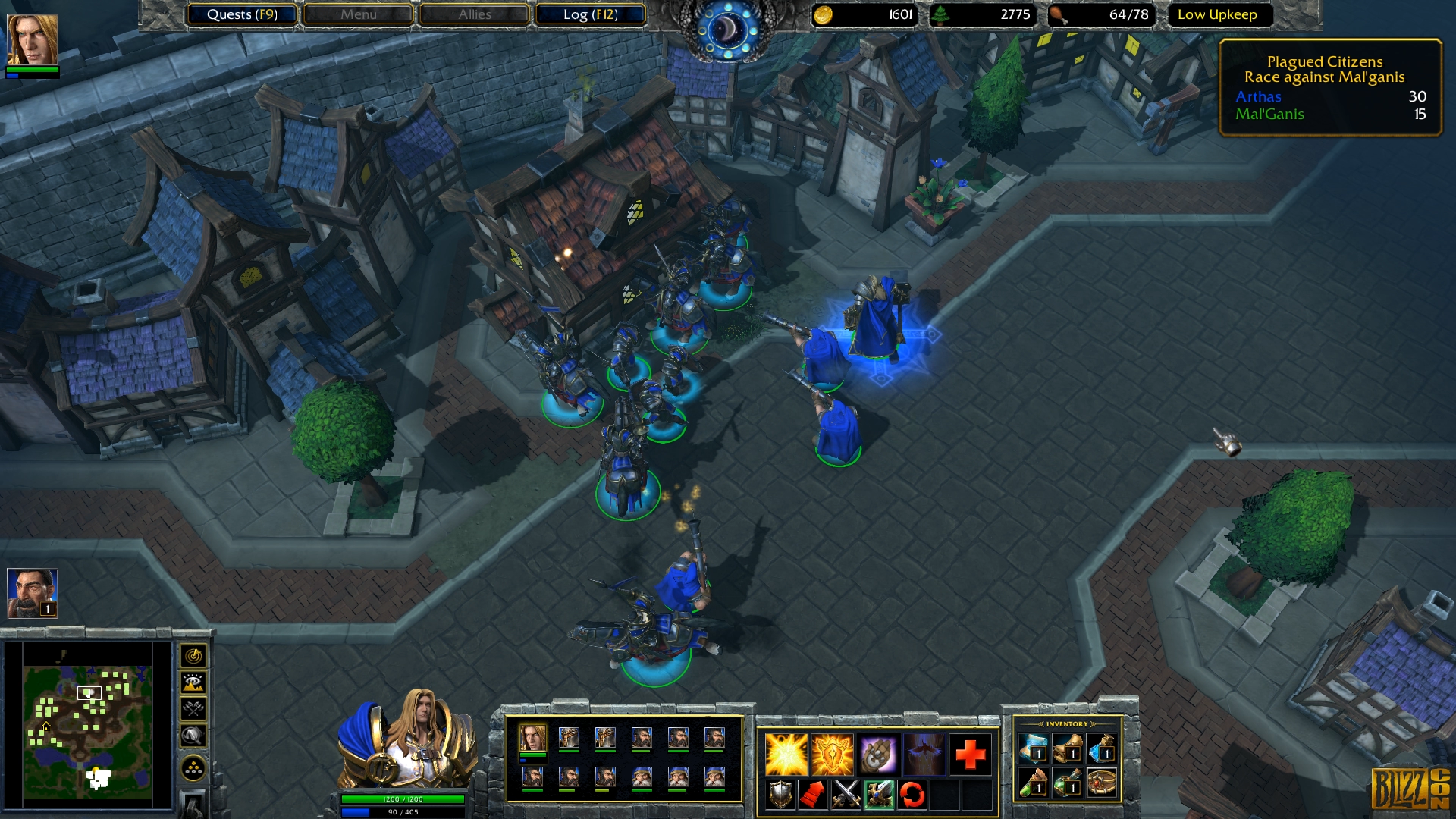 GamesBeat: How much data is there for the brands? Are they getting enough? I was on a session with a guy from Anheuser-Busch who said that they didn’t have enough data, but they just dove in and figured it out. They knew they had to be there.

Brewer: I think three to five years ago, that was definitely the case. A lot of brands dove in without that analysis and scrutiny. Mostly because of a bit of fear of missing out. Over the last two or three years, the data–Nielsen has stood up an esports practice as part of their business, and they’re not the only one. There’s lots of companies that have done that, because the demand is so high from a brand perspective. Data has gotten a lot better, more sophisticated, more accessible. The brands are using that, and that’s why we’re seeing a shift in investment from brands.

That being said, there’s still a lot of work to do. We’re not there yet. But we partner with Nielsen on a lot of this. The data we get helps us to do better deals and provide better insights for our brand partners.

Martinez-Rea: The other thing I notice is that the brands that do the best, at least with us, are the ones that are still in this very open, iterative mindset. They’re very much interested in experimenting and learning, not only with their activations, but which titles or which events they work with. Those are the ones that come back and say, “This really worked for us.” It’s the ones that come in and want to just stamp what they do in the NBA over here–we’re not in a state as an industry where that’s going to work.