The Witcher 3 is filled with contracts for Geralt (or anyone else who wants to) to complete. After all, the map overflows with dangerous monsters that often prey on the innocent and weak. The Shrieker contract will take players to the region of Velen, specifically to the northwest, into a smaller area called Crow’s Perch.

You’ll get this monster hunt in Velen, where a huge and dangerous beast has been tormenting the folks at Crow’s Perch, a fitting job for a witcher. To start this quest, you can either read the notice on Crow’s Perch’s notice board or find the shrieker’s cave.

If You Read The Notice 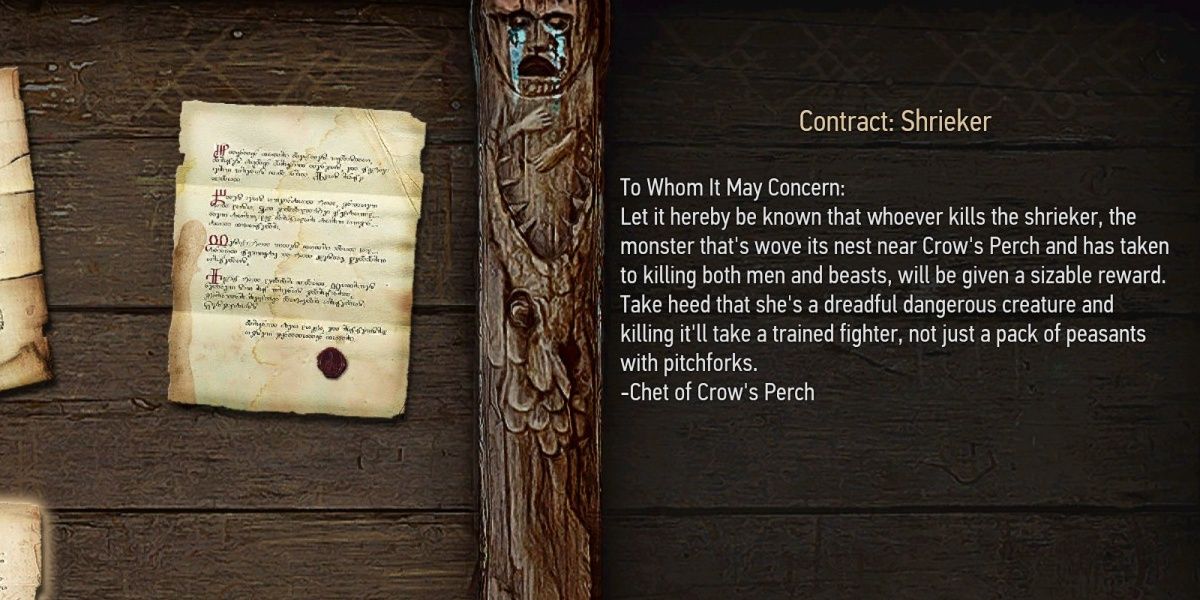 After reading the notice, you’ll have to talk to Chet. He’ll tell Geralt that the creature killed the last man who tried to go after it, leaving nothing but his son behind, who Chet has taken in since the father’s death.

Geralt can talk to the little kid, who’s just behind the same house where Chet is, and ask him what he knows since he was at the crime scene. After that, you can leave him alone or kindly calm the little one with an Axii Sign.

Look For The Shrieker 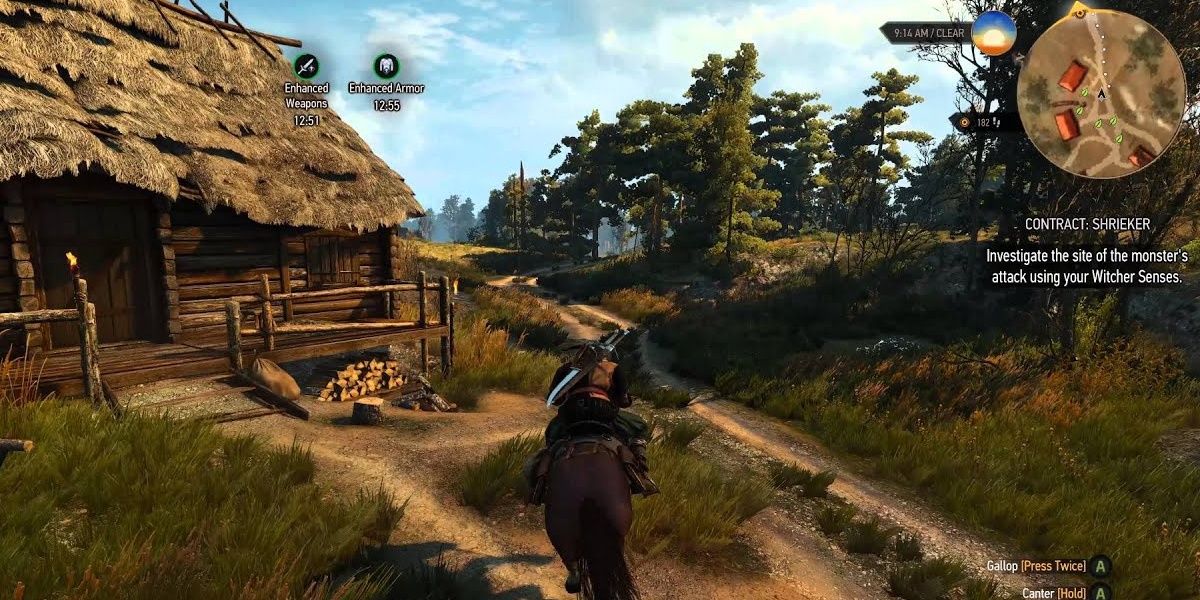 After talking to the two of them, it’s time to hunt down this monster, head to the field that’s east of Crow’s Perch, and use Geralt’s witcher senses to find a dead dog and the monster’s tracks, which you can follow. At this point, Geralt realizes the creature must be injured because there’s monster blood everywhere.

Follow the blood trail, and it will lead you to more tracks; this time, they will guide Geralt to a nearby cave entrance. The creature you’re hunting is no other than a cockatrice, a rare monster that looks like a mix between birds and reptiles. 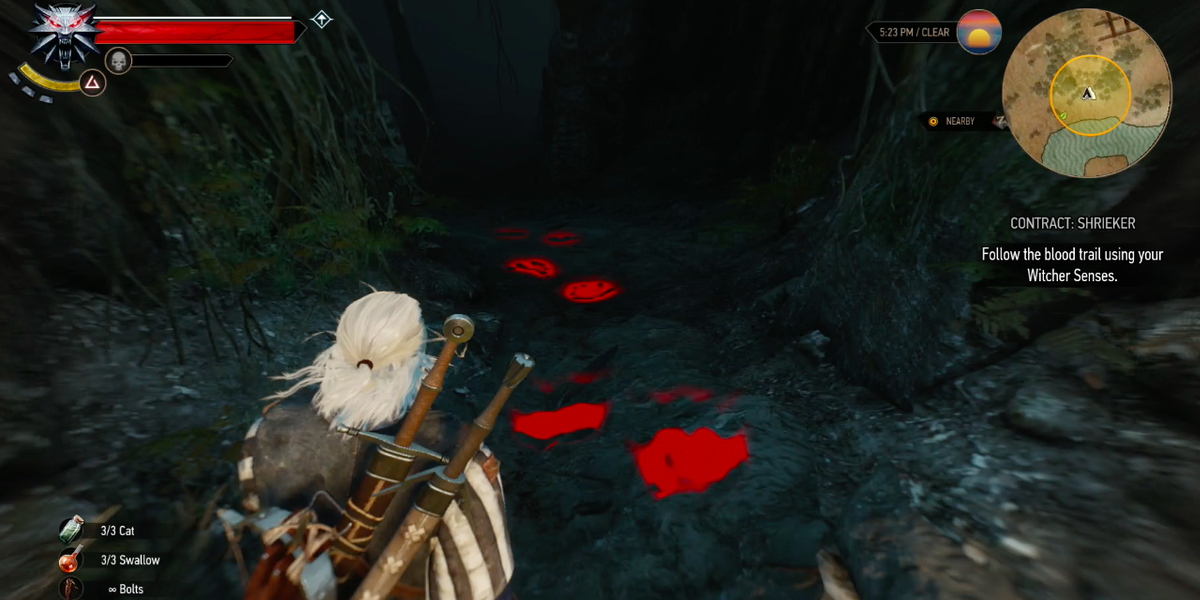 Enter the cave and keep following the trail; remember to keep using the witcher senses as they highlight with red any clues, making things 100% easier. Eventually, you’ll hear the Cockatrice making some noise, and Geralt will point out that the sound is coming from above.

To lure the Cockatrice out, toss a bomb up there where the sound came from. You should use a samum, grapeshot, or dancing star bombs against this type of creature. However, once you’ve done that, the monster flies away through another exit. 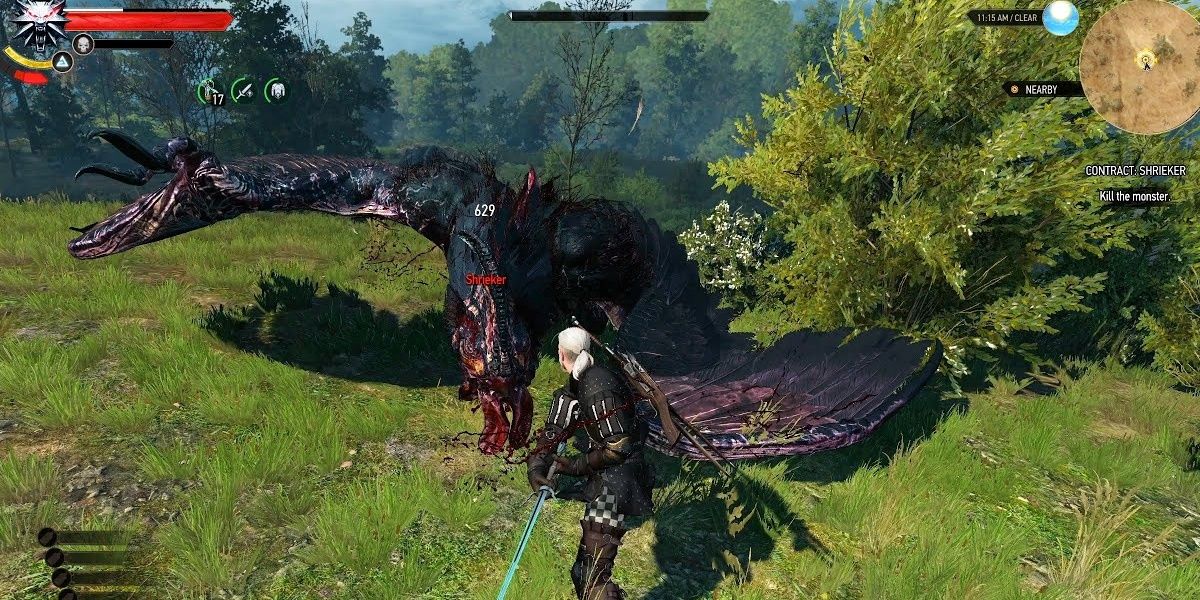 Get out of the cave and start chasing it. The creature will see Geralt chasing after it and come down to start up the fight. Since the Cockatrice can fly, this fight will be somewhat reminiscent of the Griffin one. This particular beast will charge heavily in Geralt’s direction whenever it sees him, so try to stick to the blind spots, like the back or the sides.

As the creature gets injured, it will try to fly away to gain some distance from Geralt; you can use the crossbow when this happens. You can also use the Aard sign to stunt it.

Once You Finally Kill The Cockatrice Loots Its Body To Obtain

After you looted the monster, go back to the village and talk to Chet, there you can either take the money or say that he can keep it for Symko.

If You Find The Cave First 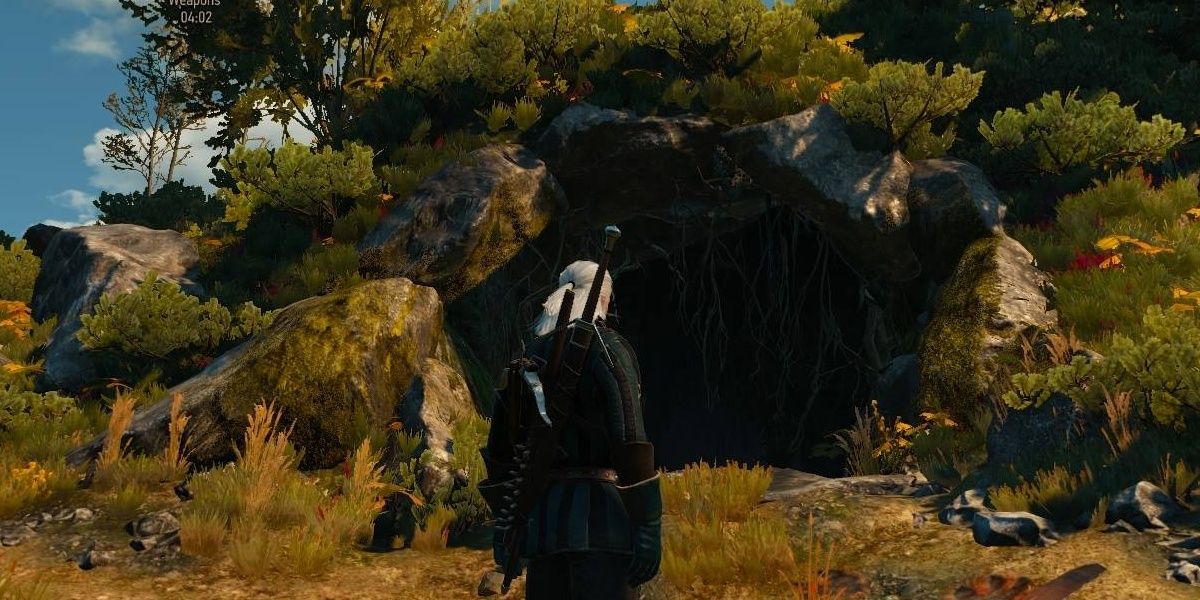 If you happen to find the cave first, just go on and kill the monster. Afterward, go to Crow’s Perch notice board to read the notice and finally collect your reward by talking to Chet.

Before the fight starts, prepare accordingly, as this is a hard monster to beat. These are the bombs that work best against the creature:

Unlike other quests, it doesn’t matter how much distance is between Geralt and the beast once the witcher lures it out of the cave. Meaning you can return later to kill it off, and the quest won’t fail.

NEXT: The Witcher 3: Which Monsters To Hunt For Special Red Mutagens 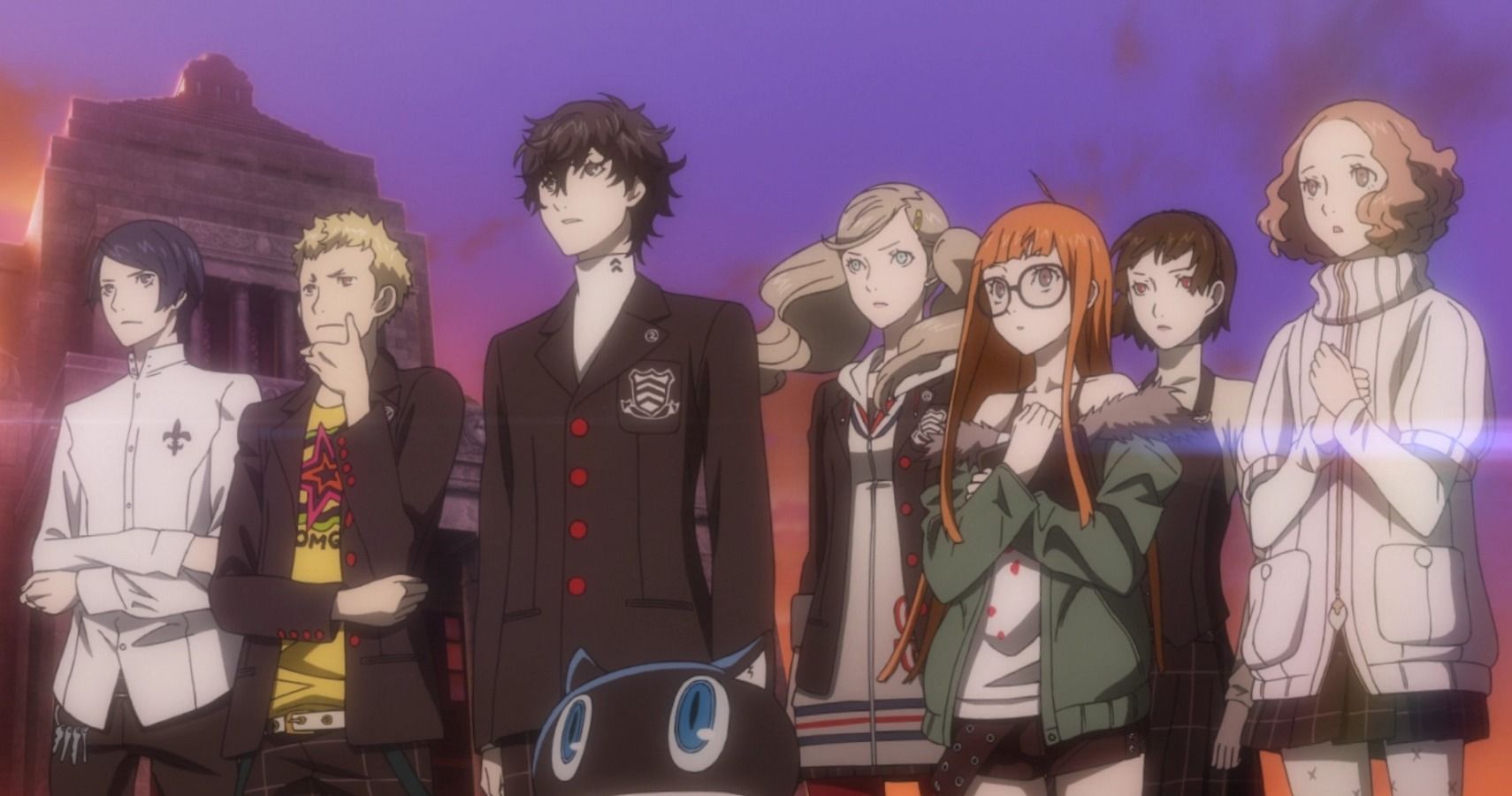