Animal Crossing: New Horizons fans were understandably thrilled to hear that a new update and a DLC were being released for the game in late 2021. It came with tons of things that fans had been clamoring for, and some that they didn't even know they wanted.

The Process Of Remodeling A Villager's Home

Your first step, as usual, is talking to Tom Nook in Resident Services.

Tom will review the cost and the rewards for you, and then check that you're sure you want to proceed!

Once everything has been confirmed, Tom asks you whose home you'd like to redecorate. Once that villager has been called and has agreed, Tom asks whether you want to start by redesigning the interior or the exterior of the home.

Redecorating The Interior Of A Home 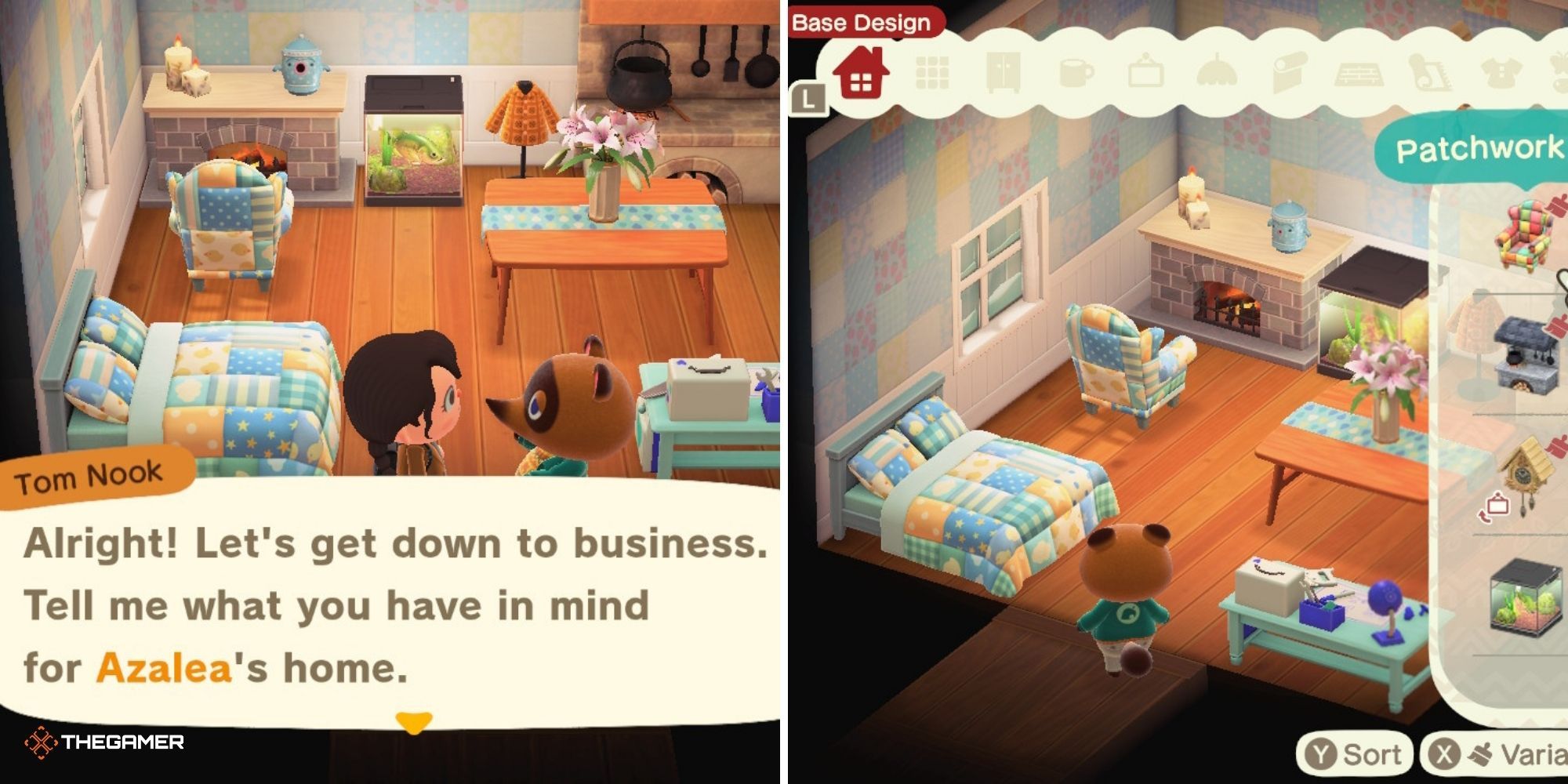 Tom Nook will take you to an imaginary version of the villagers' home and ask you to redesign it however you like. Everything is the same as when you decorate an animal's vacation home. You'll have access to any furniture items, wallpapers, etc. that you've unlocked so far, as well as soundscapes, new entry hallways, the ability to toggle windows, and coloured lights.

There are a few differences, however, including…

When you're done, want to quit, or are suddenly struck by inspiration for the home's exterior, talk to Tom Nook.

Redecorating The Exterior Of A Home 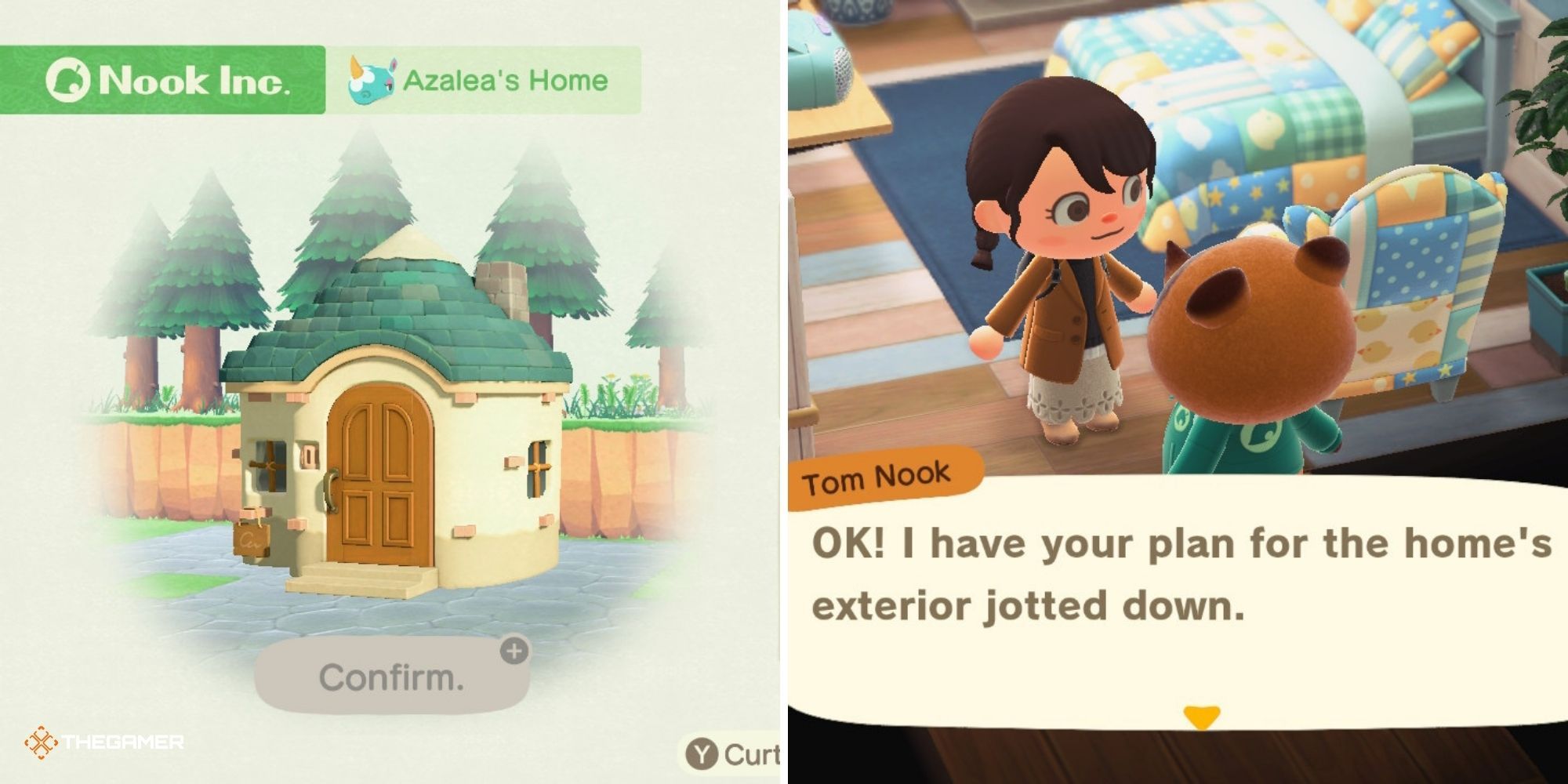 Just like the interior, redecorating the exterior of a villager's home is basically the same as when you do it for vacation homes in the Happy Home Paradise DLC. You can choose the roof, the siding, the shape, the door, and the wreath that will appear on the outside! The only notable difference is that you have fewer design options because you can't use the larger home shapes. 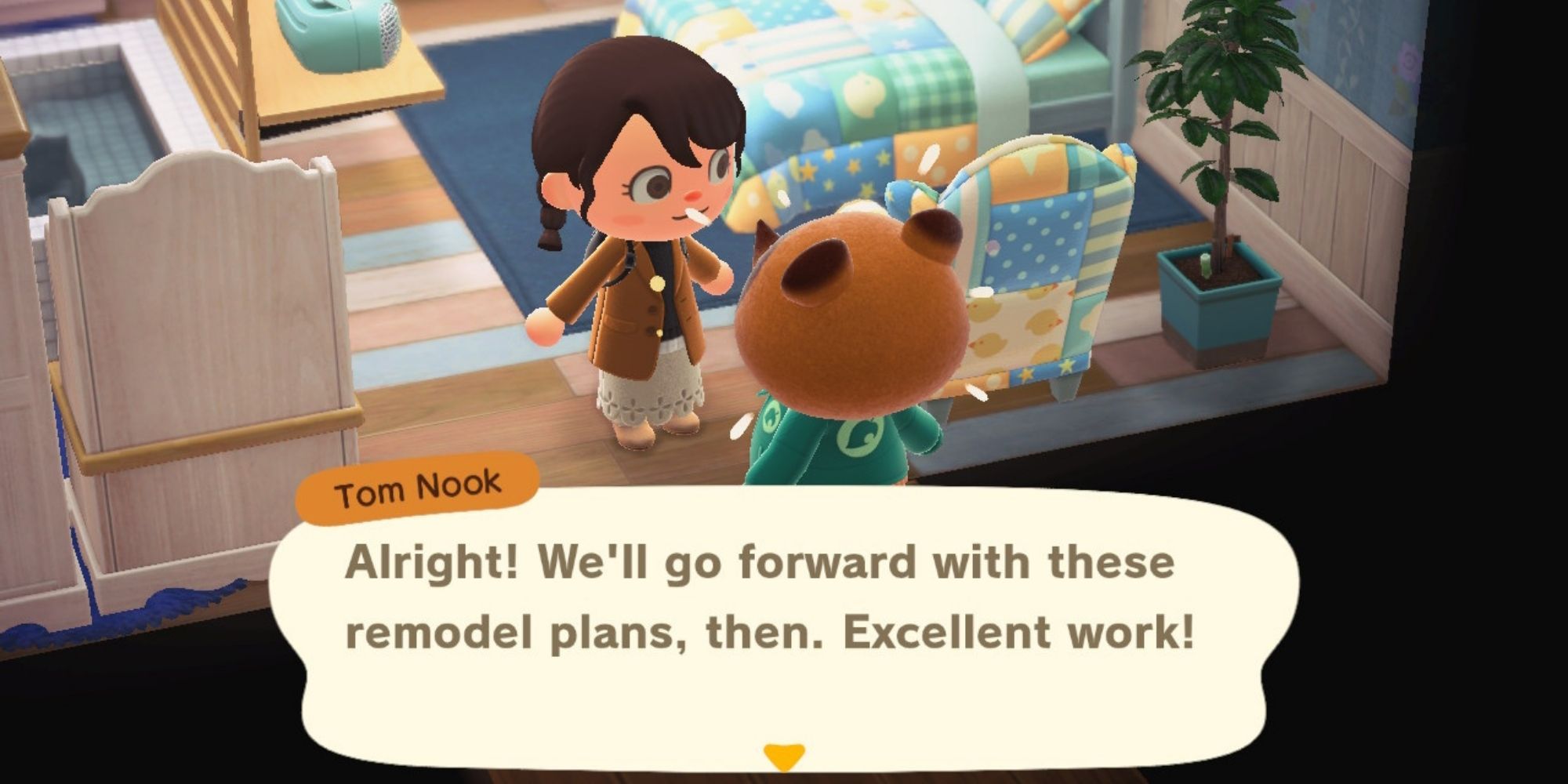 When you're done, talk to Tom Nook! If you haven't changed the exterior yet, Tom will prompt you to do that. (If you want to keep the exterior as is, just hit B.) You'll be transported back to Resident Services and Tom will tell you that all will be as you've planned by the next day.

Something important to note is that, unlike moving buildings, you can do as many remodels as you want in one day!