The Legend of Zelda: Ocarina of Time was the first 3D game I ever played. At least, I think it was. You're not really keeping perfect records of this kind of thing at five.

The game came with the translucent N64 I got for Christmas that year and I remember sinking hours into exploring Kokiri Forest and the Lost Woods. We were celebrating the holiday in Florida that year, with my extended family crammed into my grandparents' trailer at the Florida retirement community where they lived for half the year.

I loved that game. My grandparents had a diner-style booth set up in their small kitchen and we set the TV up so that I could sit on the vinyl bench while I played. I remember being in that kitchen, eating delicious cheesy potato soup, and learning first hand the perils of The Great Deku Tree and Dodongo's Cavern. It was a formative experience, and the joy of discovering that game has a lot to do with why I write about games for a living today. 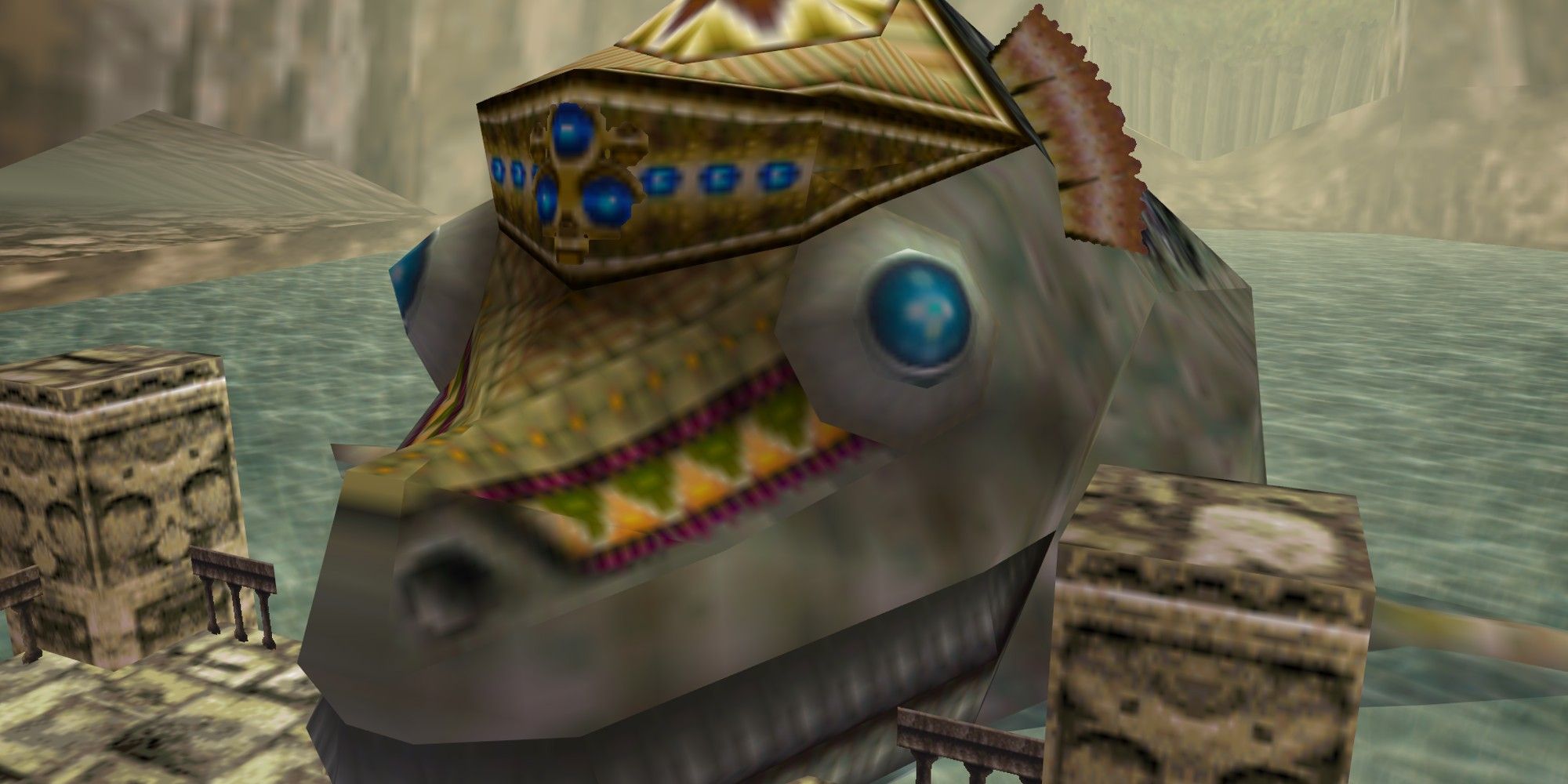 But, Jabu-Jabu’s Belly was too much for me as a baby gamer. Ocarina's third dungeon has young Link venturing inside Lord Jabu-Jabu, a massive fish creature who lives in a lake in the Zora's Domain. It's a memorably gooey Zelda dungeon. Once you get inside, Jabu-Jabu's mouth shuts behind you, forming a row of interlocking teeth, and corridors of red flesh stretch out ahead. Much of the floor is covered in liquid, which could be water, stomach acid, or some other Jabu-Jabu specific bodily fluid. It's memorably gross, and an impressively creative twist on the water theme, after forest and fire dungeons.

But, I never got to see Jabu-Jabu's Belly through. As a kid, I got very stuck here. My first, and worst, experience of being truly stumped. I had been unable to beat a level due to lack of twitch skill as a little kid, but I had never been so thoroughly unable to progress due to lack of understanding. I beat my head against the wall for hours, put the game down, came back weeks later, then months later, to see if something would click into place. Nothing.

Twelve years after I first got the game on a gray N64 cartridge, I got a 3DS as a Christmas gift. The Legend of Zelda: Ocarina of Time 3D was also nestled under the tree. As I began to play, working my way through the familiar environments of The Great Deku Tree and Dodongo's Cavern, I wondered if I would be able to handle Jabu-Jabu's Belly now; if my brain had developed enough in the intervening decade that I would be able to take one look at the problems that had stumped me as a kid and breeze through them with my high school knowledge. 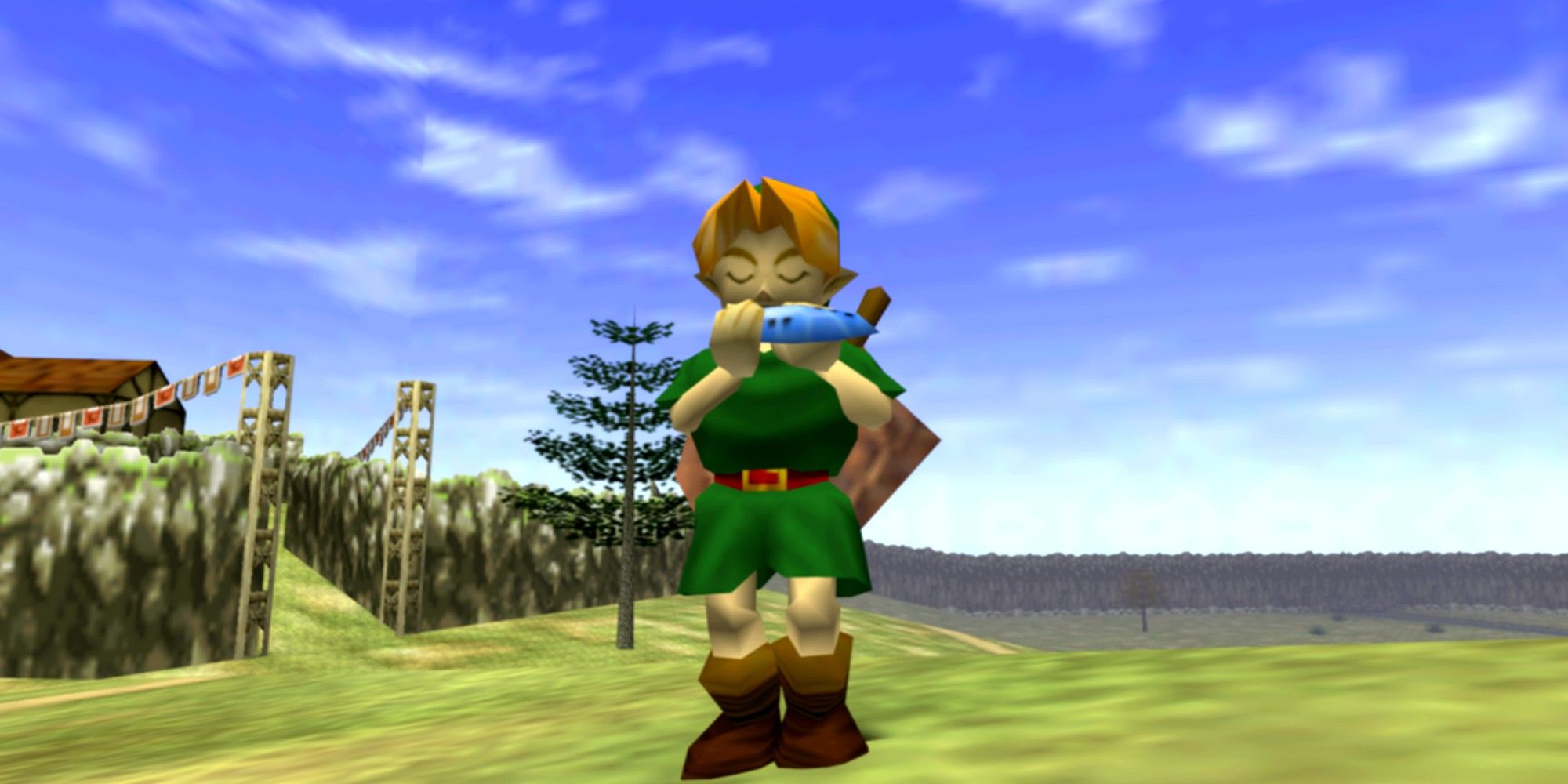 Nope. I got stuck in the same exact place. The internet existed, both when I first played Jabu-Jabu's Belly as a kid, and when I revisited it as a teen — a simple Google search brings up a decades-old IGN guide. But, for whatever reason, I didn't want to look the solution up online. Only a physical guide would do, so I headed over to the Walmart a town over, and picked up the strategy guide.

There was a room that had always seemed empty to me. I walked in, saw Jabu-Jabu's uvula hanging from the fleshy ceiling, couldn't figure out what to do with it, and left. But, this guide informed me that all I needed to do was target the appendage with my boomerang. I don't know how I didn't understand this as a kid, and I can only explain missing it as an adult as my brain being stuck in the same constrained understanding — like when you hear a dirty joke in a movie as a kid, so when you grow up it doesn't register as dirty.

But, now I understand what Shrek means when he says Lord Farquad is "compensating for something" and I also understand how to escape Jabu-Jabu's Belly. Like Link in the game, I have transformed into an adult. This is a blessing and a curse.