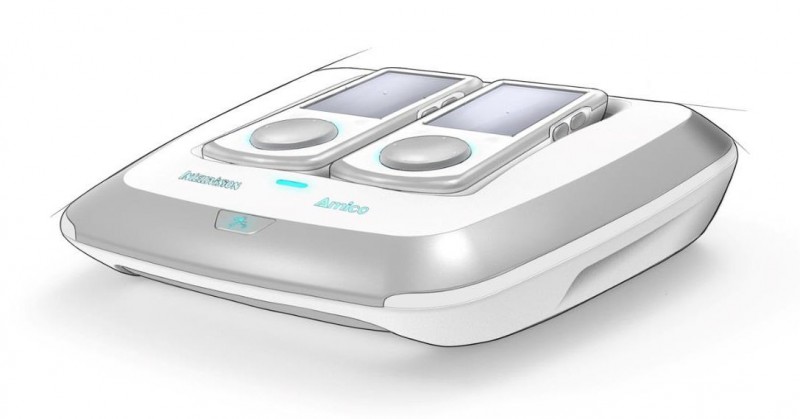 While hanging out at E3 (we’re pretty chill), we chatted with Intellivision president Tommy Tallarico, who shared his opinions on the upcoming co-op friendly console. But we don’t want to speak for him; here are his thoughts on the industry and the state of Intellivision.

On the release of the Amico:

“We’re 16 months out. We’re launching on 10-10, 2020, so our big E3 is next year, big booth with people playing 100 machines, and all that … Next E3 we’re going to be blowing it out, and you’re going to be like, ‘Oh my god.’ It’ll be mind-blowing. It’s something very, very excited. We’ll absolutely be doing an E3 press conference next year. This is why I want you guys to come here and talk to me. This isn’t a Kickstarter project. This is the real deal. We have 600 years of video game experience on our core executive team. Six hundred years.

On the target audience:

“If you think about it, there’s 200 million hardcore gamers in the world. We’re going to let Microsoft and Sony and Nintendo, and now Google, fight for those 200 million gamers. For us, there’s three billion gamers. They just don’t call themselves gamers, they play their phone every day. The reality is, they’re 55 percent of the entire $140 billion dollar industry.

When we launch, one of the big things will be getting this in people’s hands. That’s super, super important. So mall tours and going on local morning TV shows where, you know, the moms are watching. Some of our celebrity endorsements are pretty huge. I can’t tell you who they are, but it’s people like Ellen DeGeneres, Oprah, Dr. Phil – it’ll be people like that.

We’ve been working on this for two and a half years and we always knew 10-10, 2020 was our date. We’re the only system that is coming out in 2020. Besides us is the Xbox, but they didn’t even give a date. I don’t think the PlayStation 5 will release next year. Maybe? I don’t know. But the whole idea is that that’s not what we’re doing. They can come out with their $500 boxes all day for the 200 million hardcore gamers. We’re totally fine with that.