Ever since its reveal, there’s been an air of confusion surrounding Vampire: The Masquerade – Bloodhunt. Why take an IP that’s generally known for its vampires hiding their abilities to fit into and move around society only to give them AK47s and even more of a bloodlust than usual?

That’s a question that Sharkmob seems to get asked a lot, if the knowing smiles from marketing director André Persson and Sharkmob co-founder Martin Hultberg are anything to go by. “We went for Vampire: The Masquerade as soon as we understood it was an option for us,” Hultberg explains. “It felt like such an awesome opportunity, being long-time fans of the game. It also felt like a license with great potential for the game we wanted to create.” Although reactions to Bloodhunt have largely shifted towards being more positive, Sharkmob was well aware of the backlash it was going to face when announcing the game, going as far as to say that it “expected” such a thing.

“Just the idea of a Vampire: The Masquerade game paired with a battle royale is controversial in itself for some fans,” Persson says. “It is traditionally a very introspective RPG experience about plotting and intrigue, with the threat of violence more than the actual promise of it, although, depending on who you played with, combat and violence could easily be a big part of the game. For us, it was simply awesome to get to explore that aspect of Vampire the Masquerade; what happens when diplomacy fails and the guns come out.”

As Persson mentions, the main reason why Bloodhunt has drawn so many raised eyebrows is because of how much it deviates from the tone that fans of the tabletop game know and love. Despite that, Sharkmob worked very closely with Paradox, the license holders behind Vampire: The Masquerade, to ensure that it fit respectfully into the established lore of the series. This relationship also made making changes to the battle royale formula so it better fit the series’ world a lot easier.

“The solid working relationship with the World of Darkness brand team over at Paradox made [making a battle royale] a bit easier,” Persson says. “It was a bit of give and take; sometimes we found the solution within the existing universe of Vampire the Masquerade and sometimes we had to work with the brand team to create a solution that fits within the framework they maintained. The gas for example, that shrinks the map, was one of the things custom created for our game. We based it on the existing lore of the Second Inquisition, more specifically tied it to the vampire hunters known as the Entity (also created by us specifically for Bloodhunt) and it has since made its way into the official rulebooks.”

One big change that Bloodhunt makes to the battle royale genre is taking place in a fictionalized version of a real city, in this case, Prague. While others take place on huge maps with distinct landmarks, Bloodhunt is much more singular in its focus and features one city with much more detail. According to Hultberg, Sharkmob was always sure that it wanted to use a European city, and that Prague was always at the very top of that list. 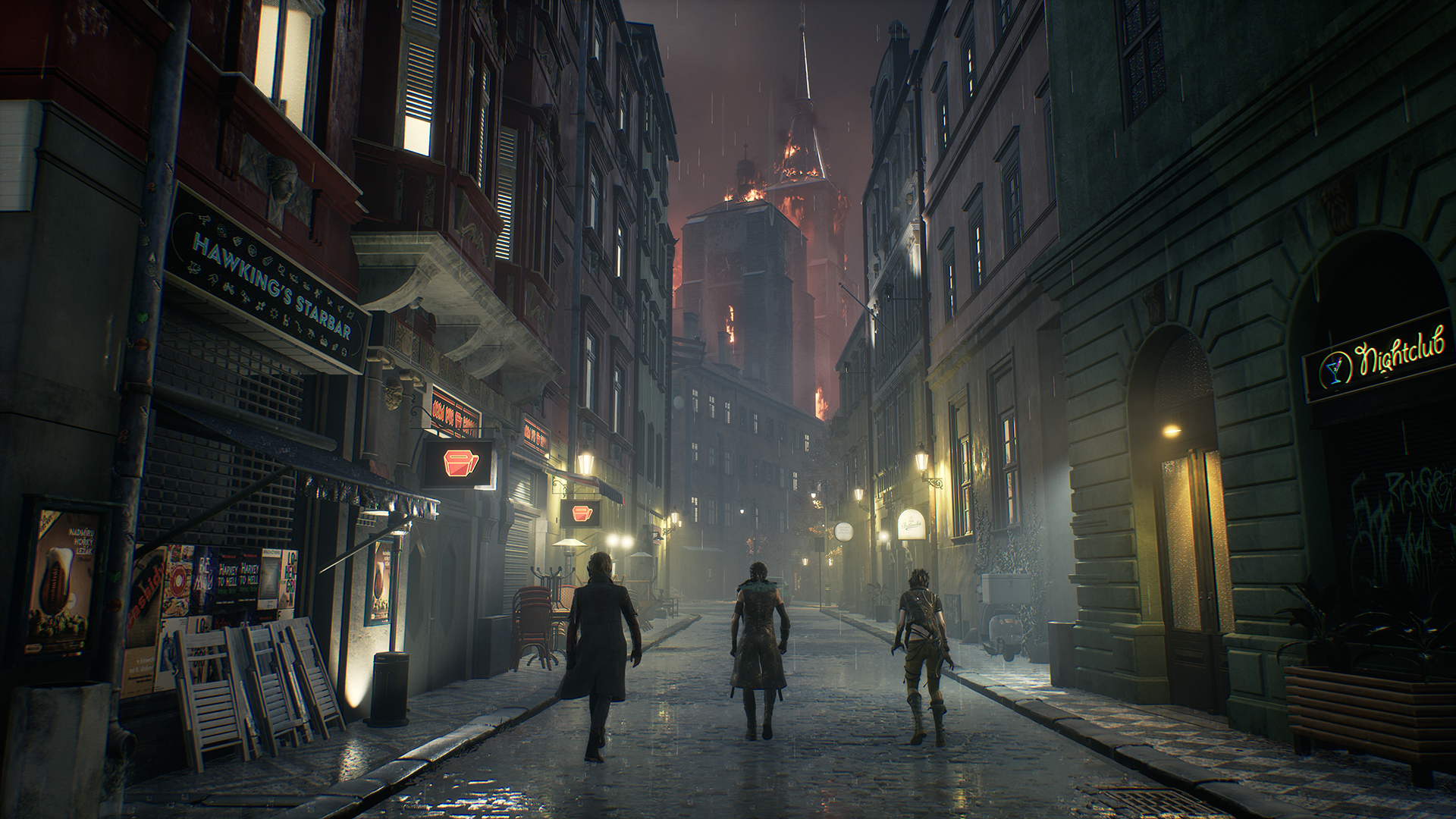 “We knew we wanted a European city because Vampire: The Masquerade traditionally has been so focused on the U.S.”, Hultberg explains. “Prague always was at the top of the list though, because it is such a fantastic mix of old and new with a rich history and legacy. It is also a place many have visited as tourists, which made it extra fun to bring to life in the game. As for future cities, only time will tell.”

The mention of content that’s still to come makes it clear that Sharkmob is planning ahead when it comes to Bloodhunt’s development, seemingly learning lessons from recent live service games that haven’t quite been able to keep up with demand. Hultberg explains how the team has adjusted to planning for the future while simultaneously working on what’s in front of them.

“The production reality requires that we plan and work ahead, to maintain a sustainable pace and put out timely content,” Hultberg says. “At the same time we want a certain degree of flexibility, so we can evolve the game together with the players. It is a tricky challenge, but an increasingly common one for many teams.” 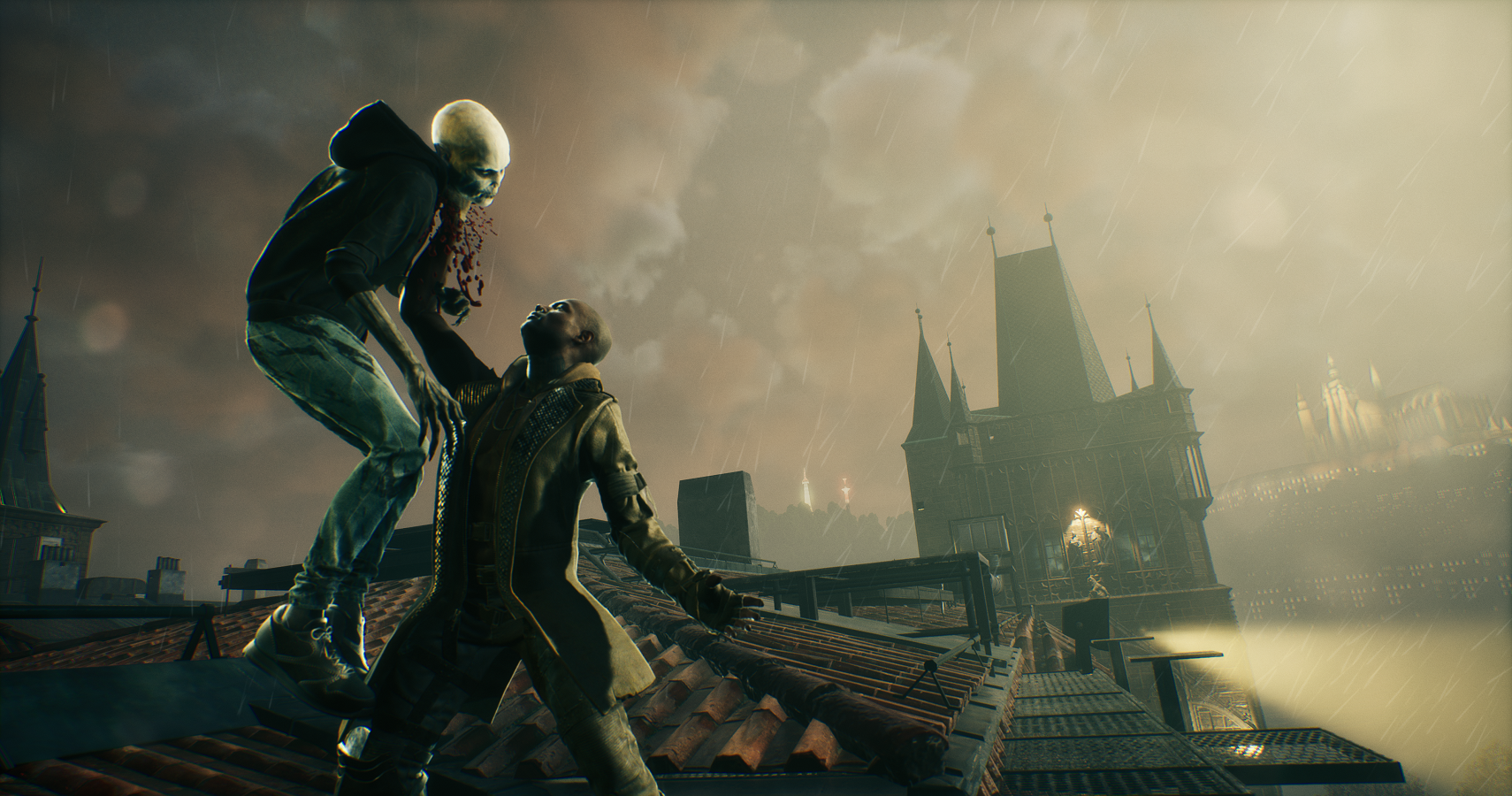 As exciting as the impending launch of Bloodhunt is, there’s a vampiric elephant in the room whenever you talk about Vampire: The Masquerade and its gaming tie-ins – Bloodlines 2. After many years of development, Bloodlines 2 was recently delayed indefinitely and seems to have restarted development completely. Sharkmob commented on the game’s delay, saying that it had initially hoped that Bloodlines 2 would launch before Bloodhunt.

“We started development alongside the newest release of the tabletop RPG books and Bloodlines 2,” Persson explains. “There was always the plan that Bloodlines 2 would come out first to satisfy the needs of the RPG fans and we could come out after with a more mainstream, action-focused experience. Now, as we know this plan didn’t survive contact with reality and instead we came out first. The two games were always completely separate in terms of production though, so the things they were going through had very little impact on our team.”