Still, ASBR's primary single-player campaign is All-Star Battle mode. In this unique mission mode, players new to Jojo's Bizarre Adventure can catch up to speed with the story while dedicated fans can relive some of their favorite battles! Curious to see what's under this mode's stone mask? We got the lowdown for you!

What Is All-Star Battle Mode? 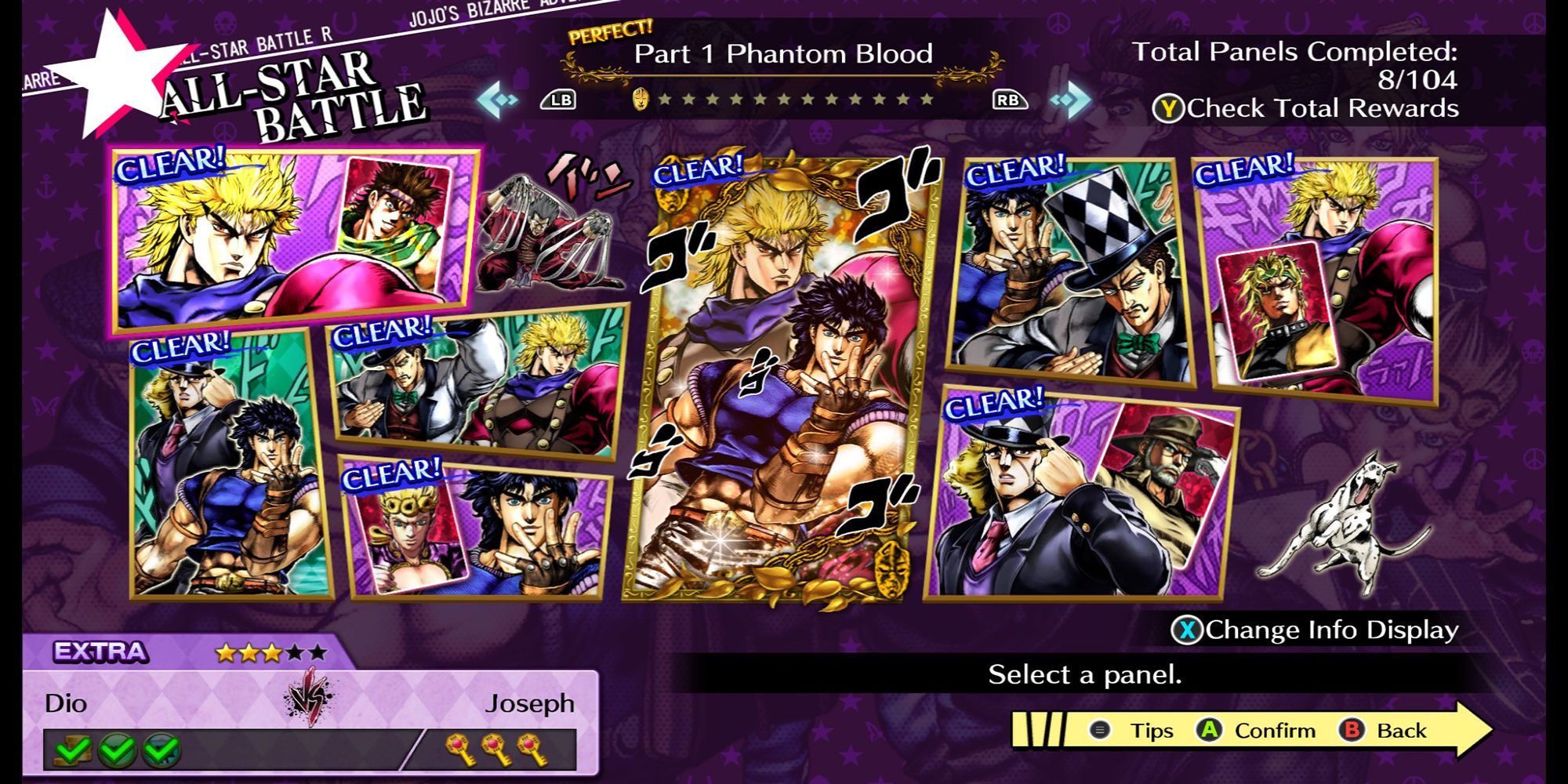 Additionally, each panel rewards gold for completion, which one can use to buy artwork, music, and customization items from the gallery shop. Furthermore, certain items can only get unlocked by completing unique missions specific to a panel. Lastly, players can exchange gold for helpful support items to assist them in battle.

What Does Each Panel Mean? 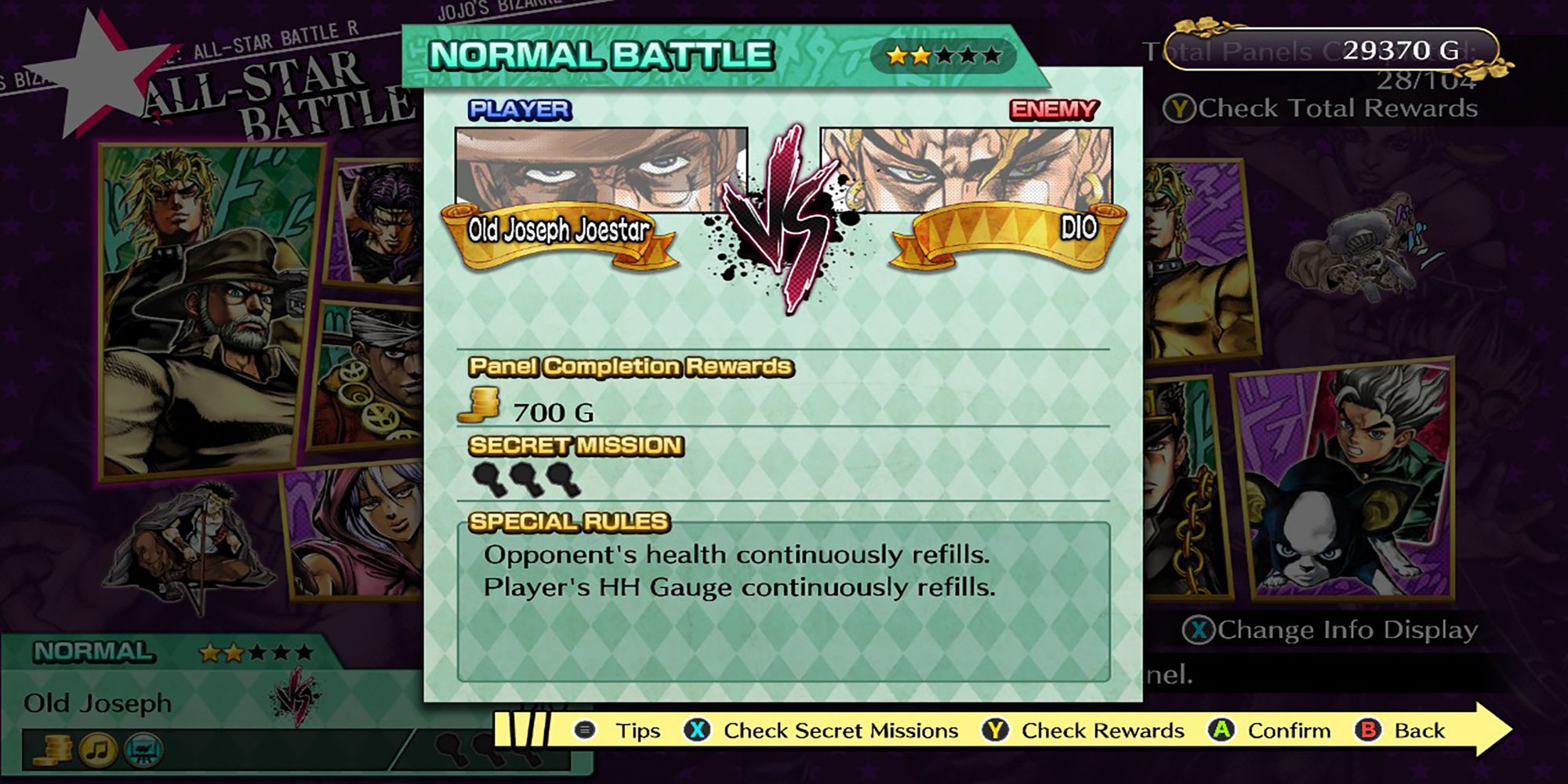 There are three types of panels you will encounter in All-Star Battle mode. They are defined as follows:

If you wish to learn more about a specific panel, select it with your cursor for more information. These details will include:

What Are Special Rules? 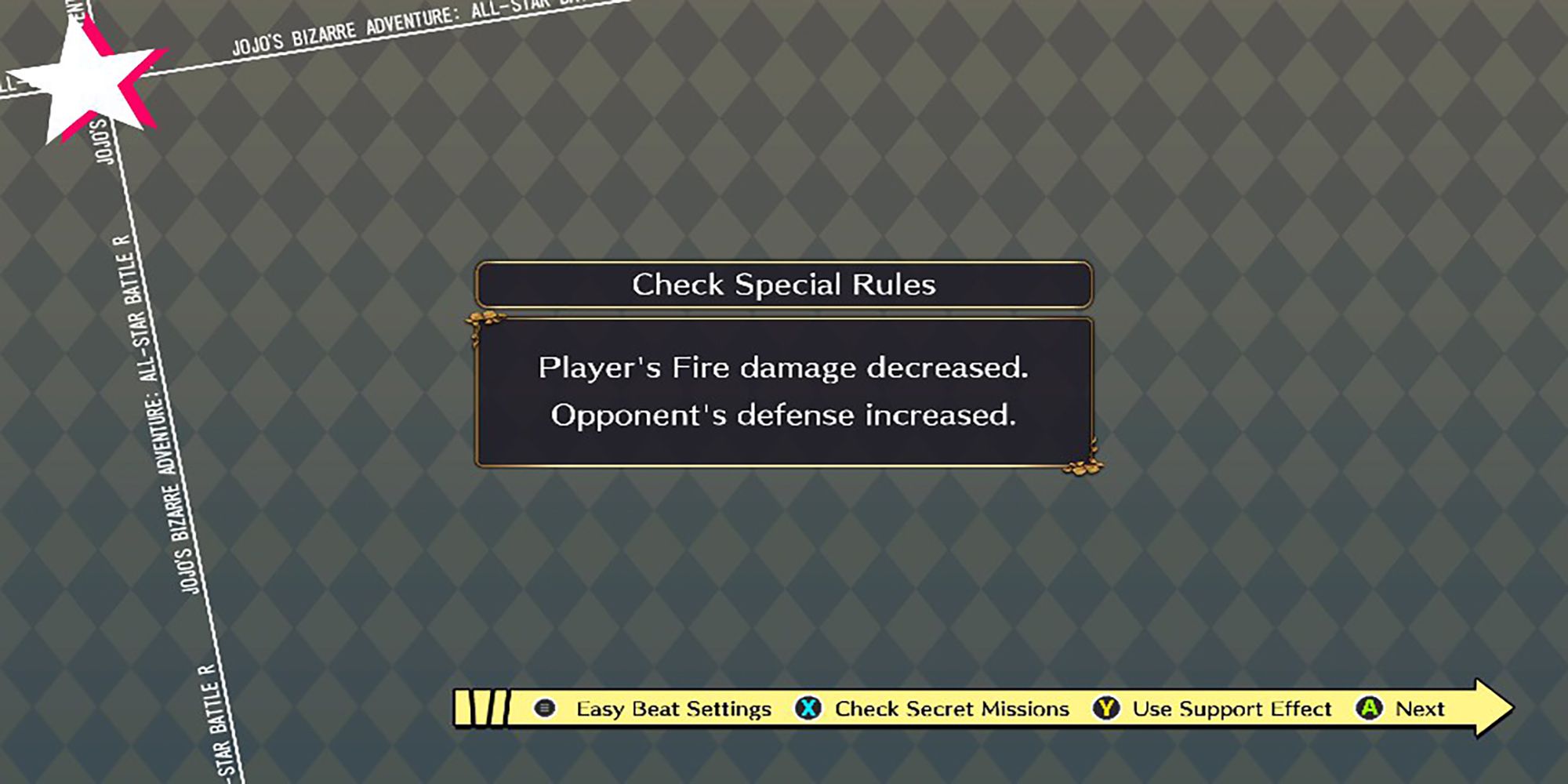 Special rules are supports and detriments that can apply to the player, their opponent, or both in an all-star battle match. Some standard special rules include:

On the other hand, some special rules are character specific. For instance, consider these examples:

What Are Secret Missions? 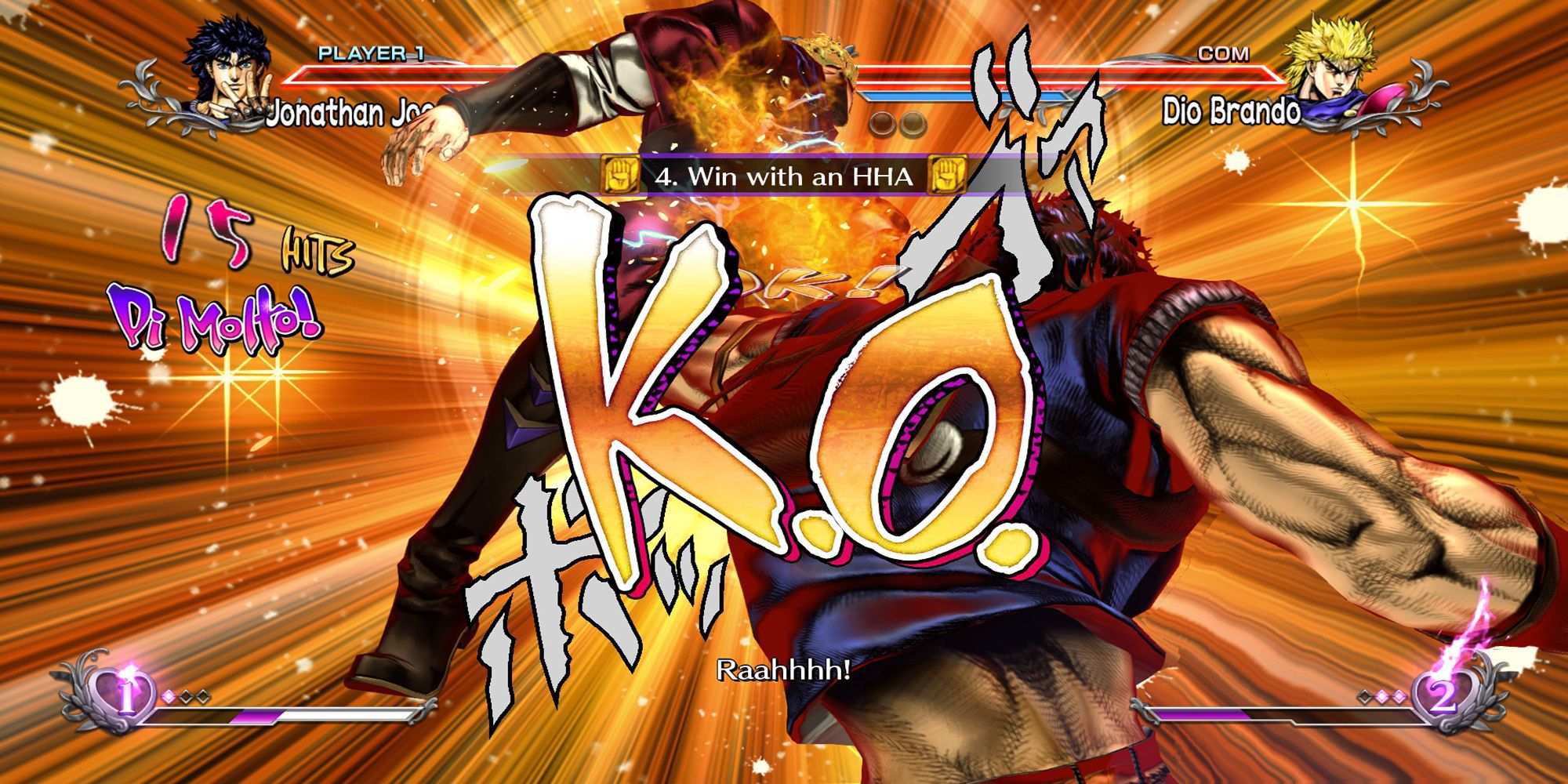 Each panel includes several secret missions one can complete throughout the battle. The key-shaped icons on the panel indicate the number of missions. When a player completes a secret mission, they can receive rewards like gold, artwork, customization items, and more!

However, unlike other fighting game mission modes, secret missions are secret. You can only discover the hidden objectives by completing them or paying gold to reveal them. Each mission objective costs 250 gold to reveal. Therefore, we recommend seeing what missions you can complete cold first before paying to reveal the objectives.

What Are Support Effects? 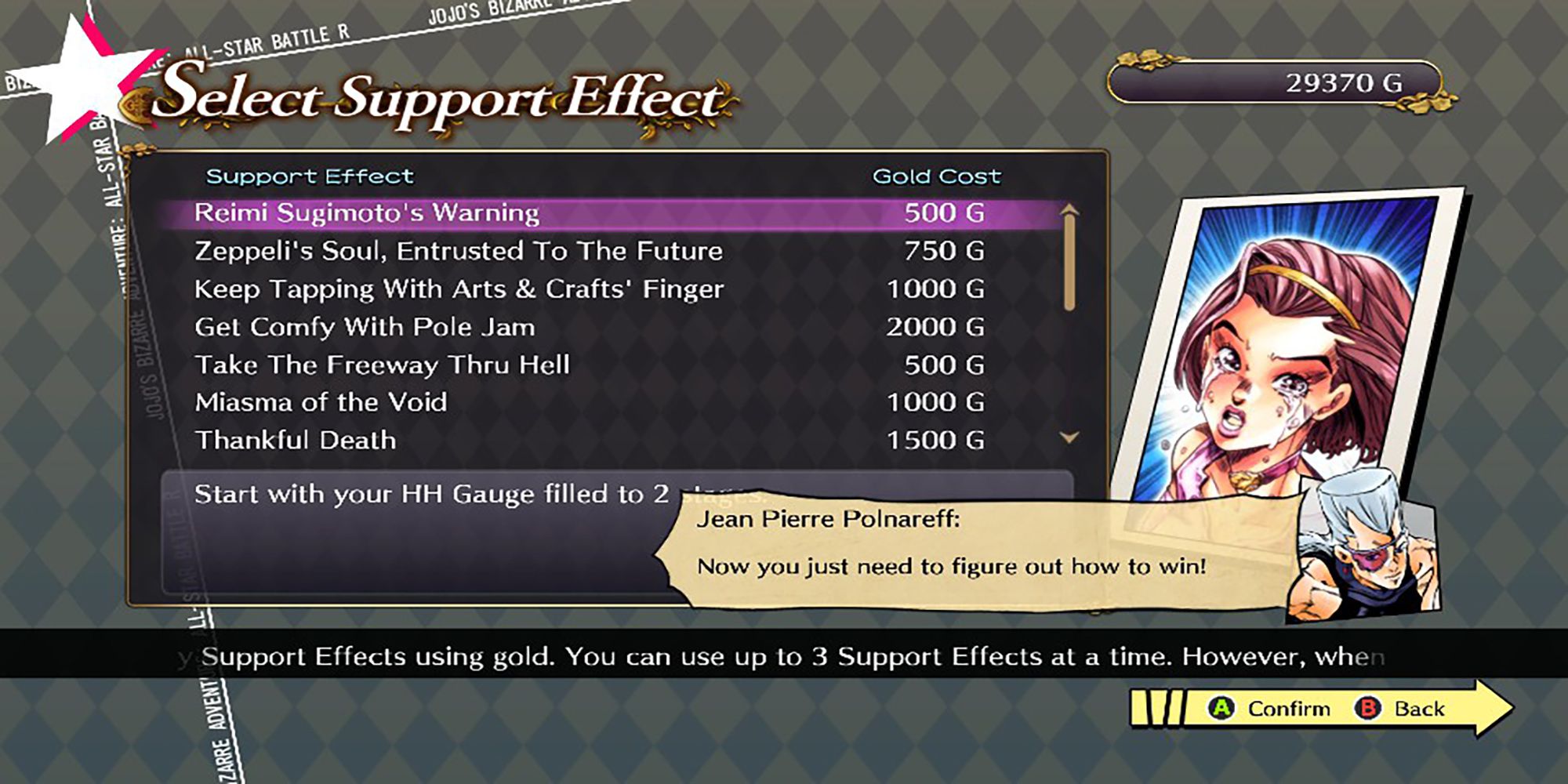 Suppose you are fighting a battle repeatedly with no win in sight. Perhaps the computer difficulty is very formidable. Or maybe the special rules heavily favor the opponent. In this case, investing in some support effects for the battle is in your best interest.

You can open the support effect menu in one of two ways. First, you can open the menu before initially starting the battle. Second, after losing a match, you can select "Retry with Support Effect."

Once in the Support Effect menu, you can equip up to three effects. However, if you equip two of the same effect with different magnitudes, only the higher level effect will apply. Here's a list of all the effects available: