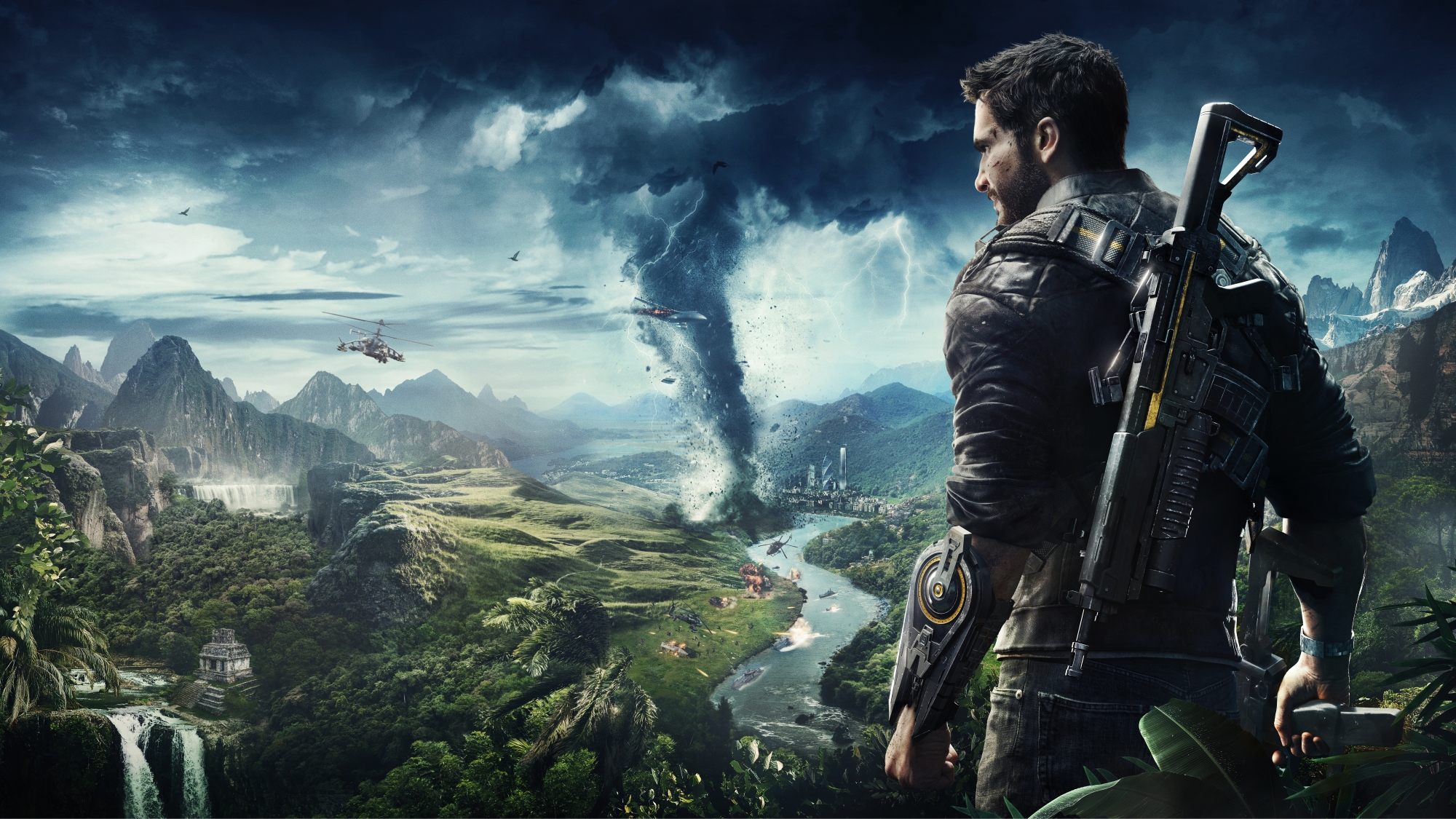 Square Enix has admitted to making another Just Cause game, although the series’ track record makes us wonder why.

While Square Enix has decided to sell its Western studios and associated franchises to Embracer Group, that doesn’t mean it’s abandoned releasing Western made games altogether.

One such franchise to be unaffected by the sale is Just Cause, which is developed by Avalanche Studios. Although Eidos (which is being sold) published the first one, Square Enix took over with all the subsequent ones.

Aside from a Just Cause mobile game that’s supposed to be releasing this year, Square Enix has now revealed that it has another, all-new entry planned.

It will presumably be called Just Cause 5 and pick up after the ending of Just Cause 4, but Square Enix hasn’t explicitly said this.

It actually hasn’t said much of anything about the game beyond it exists. Unless it’s another mobile spin-off, it’s safe to assume that it will at least release for the newer PlayStation 5 and Xbox Series X/S consoles.

Square Enix made mention of it in a recent financial results briefing, say: ‘We want to focus on creating new titles that align with our strategy, including ones that leverage new IP. The Just Cause franchise will remain our IP, and we are at work developing a new title in the franchise.’

The real question we should be asking is why Square Enix wants a fifth Just Cause to begin with. The series is hardly a critical darling, with each game receiving mixed reviews.

The last game, Just Cause 4, also underperformed in sales. While Square Enix bemoaning its games not meeting expectations is almost a running joke at this point with how often it says it, a financial briefing from February 2019 (two months after Just Cause 4’s release) admitted that it didn’t make enough money at launch to recoup development costs.

Square even seemed to blame Just Cause 4 for its financial losses that year: ‘The main reason is that we launched Just Cause 4 in December 2018, but it got off to a sluggish start, so we were not able to offset the amortisation charges on the development costs.

‘Additional sales of Shadow Of The Tomb Raider during the holiday season and the launch of Dragon Quest Builders 2 were also not enough to compensate for the shortfall of Just Cause 4.’

The only entry that seems to justify the series’ existence is Just Cause 2. Aside from being the highest rated entry on Metacritic (it breaks the 80-score mark while the others hang around the 60s and 70s), it gained notoriety for a fan-made multiplayer add-on that was officially approved by Avalanche.

Despite this, neither of its two sequels featured multiplayer. Well, Just Cause 3 did but it was only in the form of leaderboards; there was no co-op or cooperative play to speak of.

With any luck, Avalanche and Square Enix will look to Just Cause 2 as a blueprint for the series’ future, rather than just make a bigger version of Just Cause 4.