In League Of Legends, Udyr has been a mainstay in the Jungle since his release in December 2009. He has always been notorious for being able to clear jungle camps insanely fast whilst remaining relatively healthy. Udyr is a forgiving champion due to his entirely point-and-click-based kit, allowing players with less than stellar mechanical ability to pilot him. In Season 11, Udyr has risen to become a premier Jungle pick due to his ease of execution.

Sett on the other hand was released more recently, in January 2020, touted as a fighter who gets stronger as he dies. Unlike Udyr, Sett requires mechanical precision to pilot successfully considering his gank setup is a skillshot. He also relies on having low health for the highest damage output which might be difficult for less skilled players to manage successfully.

Find out if Udyr can retain his crown as king of the jungle, as we take a look at how the two fighters stack up against each other. 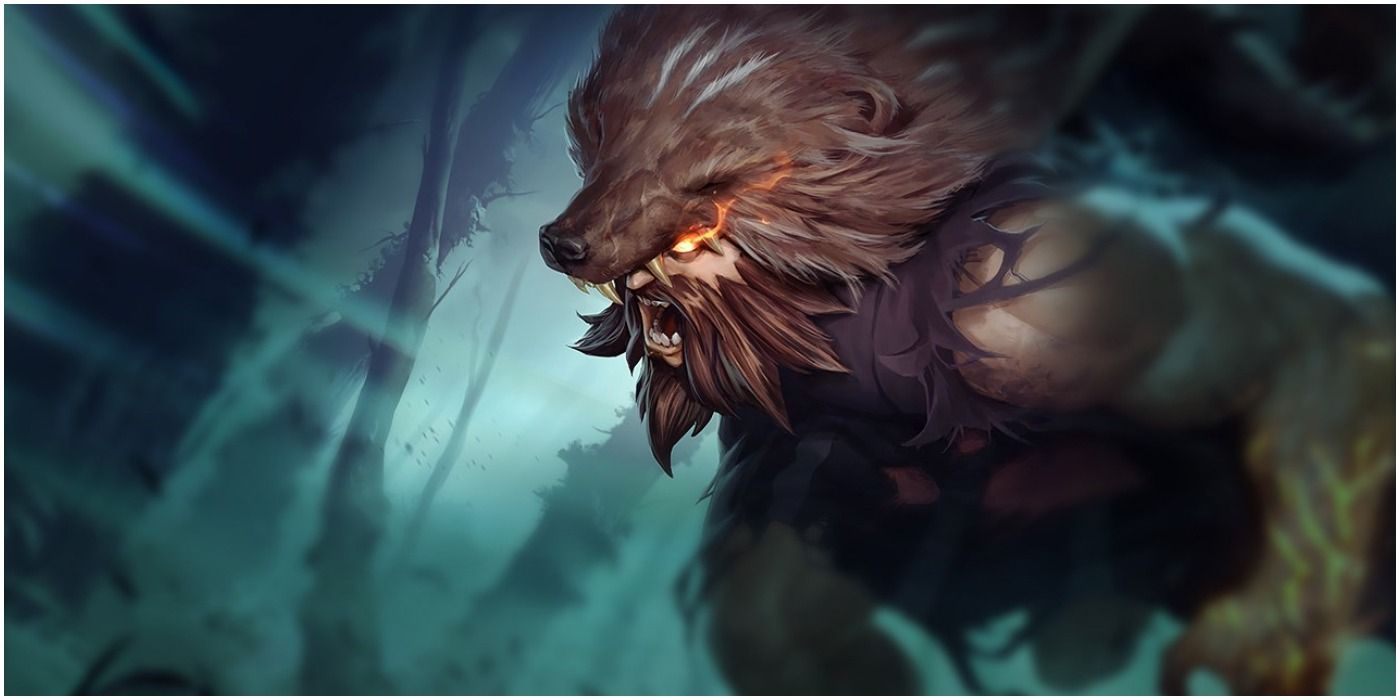 Currently, Udyr is able to generate enormous leads due to his extremely fast jungle pathing which is something that Sett severely lacks. Udyr can very reliably clear all six friendly Jungle camps just before the first Scuttle Crab spawns. However, Sett relies on a gank-heavy, cheese-centric, strategy in the current meta, due to his relative slowness clearing camps.

The most common Udyr strategy currently is a full clear, into scuttle crab, before resetting and full clearing again. Executing this strategy effectively oftentimes leads to an enormous lead on the opposing Jungler contributing to a one-sided game state for his team. 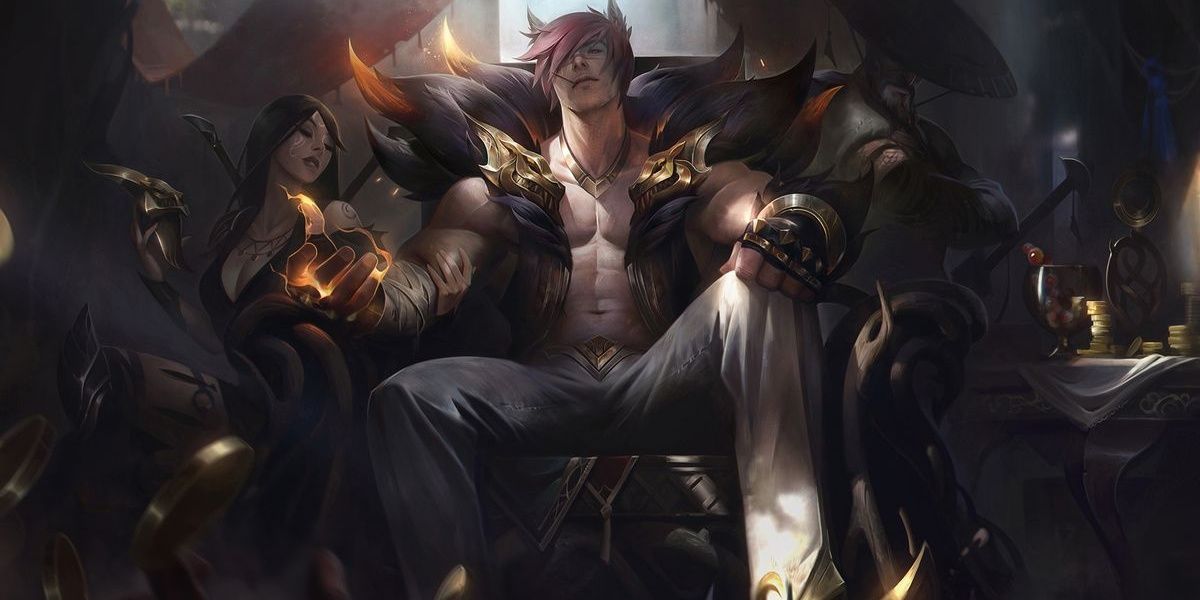 With the complete overhauling of items in Season 11, Udyr has received unprecedented buffs through items such as Turbo Chemtank, Force Of Nature, Deadman’s Plate, and in niche cases, Lichbane. While Sett successfully utilizes the same items as Udyr, his kit does not synergize with the items as completely as Udyrs.

5 The Elephant In The Room 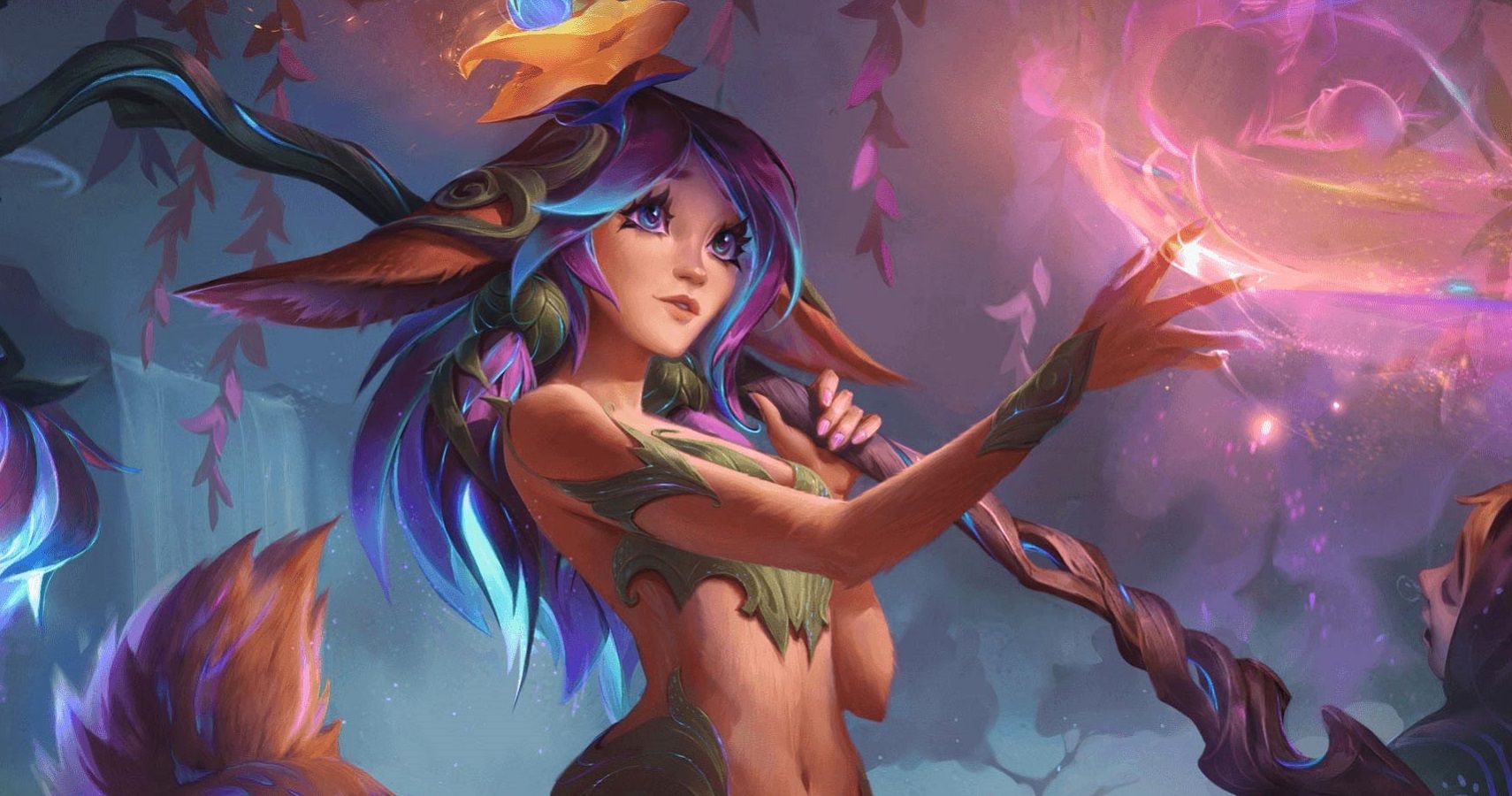 Not only does Udyr abuse the new items on his own, but his teammates can also further this by building the polarizing Moonstaff combo that was popularized by LS. The Moonstaff combo is when an enchanter champion, or Nidalee and Lillia, build Moonstone Renewer and Staff Of Flowing to provide a constant stream of healing, buffed AP ratios, and movement speed to champions around them. This combo synergizes perfectly with Udyr’s kit almost perfectly.

Sett doesn’t scale off of any AP ratios, meaning the Moonstaff build is less effective on him. Sett, for the most part, is a self-reliant champion that depends on lots of gold income to reach peak effectiveness as a champion. He also does not necessarily want to be the recipient of the healing that Moonstone Renewer grants him because his kit relies on him taking damage to be effective. 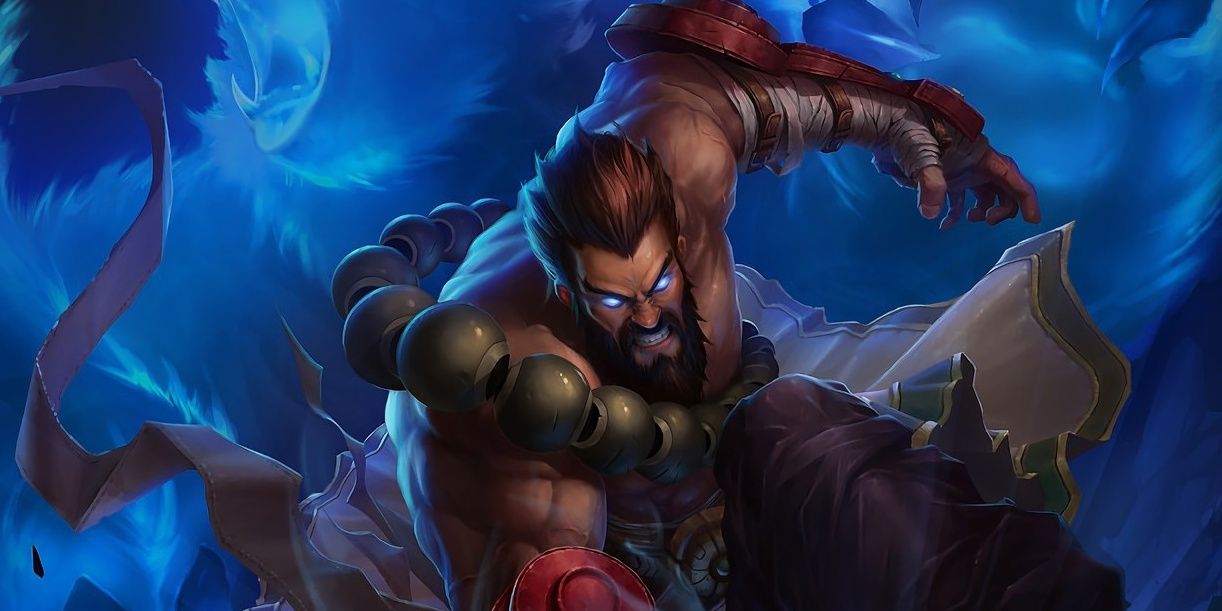 Another unsuspecting aspect that makes Udyr stronger than Sett currently is that he does a large amount of mixed damage due to his Tiger Stance. This makes building against Udyr extremely cumbersome as building resistances against both sources of damage is extremely expensive.

While Sett deals true damage (which is impossible to be built against) with his Haymaker, the damage is just not as significant as being repeatedly assaulted by a flurry of Phoenix and Tiger stance slaps. Udyr does an incredible amount of base damage, whereas Sett relies on having items to deal the most damage possible. 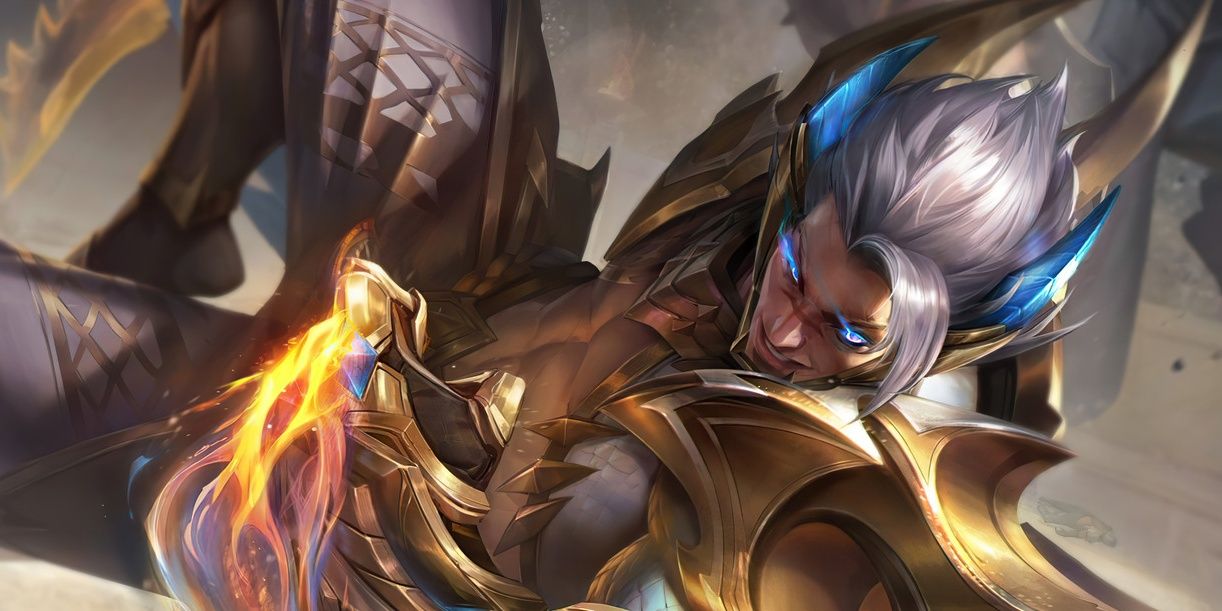 Udyr’s kit takes basically no mechanical skill to pilot proficiently. All the player needs to do is learn to cycle between his stances after his 4th auto-attack to inflict the most damage possible to camps and opponents. Udyr’s ganks require little setup, all that’s required is having Flash off cooldown and Bear Stance activated. In the late game, Flash doesn’t even matter because at that point he will be moving at a racecar’s pace.

Sett’s kit relies on him hitting a skill shot and positional awareness to execute correctly. Generally, Sett needs his lane players to set up ganks for him through a combination of crowd control abilities at which point Sett can run up to them, flash behind them, and then activate his ultimate ability, The Show Stopper, to isolate enemies. Due to his lack of upfront damage, he also relies on extended fights to get off his damage. 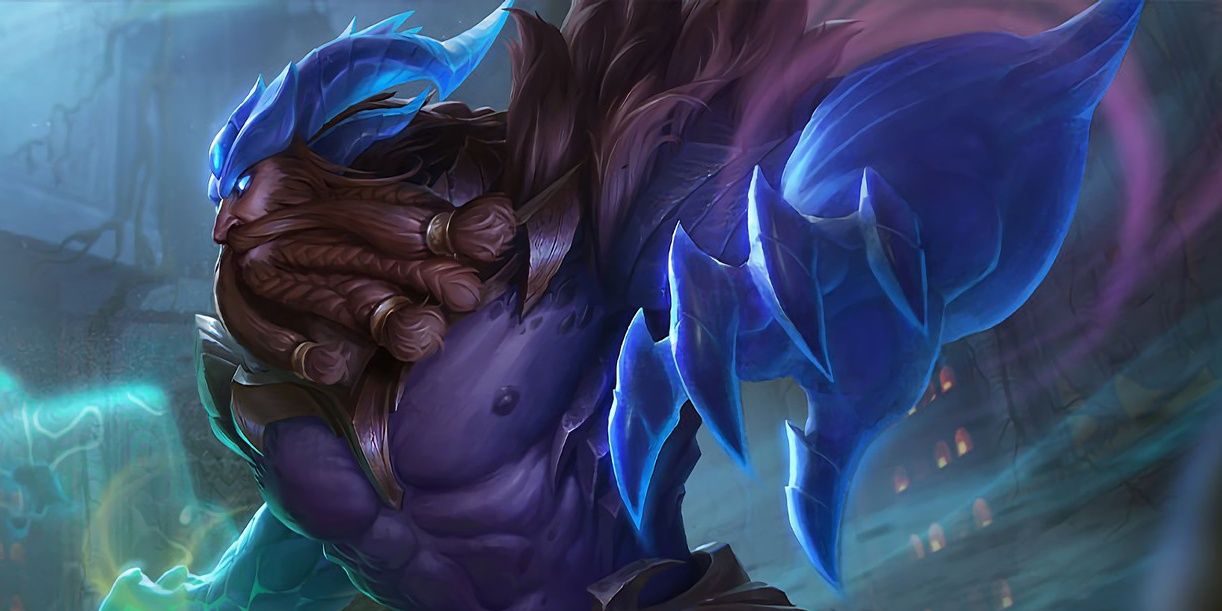 While both Sett and Udyr take Phase Rush in the Jungle, Udyr absolutely abuses the keystone because of how easily he activates it. One Phase Rush has gone off on Udyr he can run around a team fight stunning every single target in Bear Stance, whereas Sett is locked to the number of champions hit with his Facebreaker.

Udyr also makes tremendous use of Nimbus Cloak and Celerity, both giving him an even further boost to his movement-speed-centric kit. Waterwalking makes Udyr a menace to deal with in the river as it further boosts his already high base damage. While these rune choices are fantastic on Sett as well, they are broken on Udyr because the entirety of his kit synergizes with bolstering movement speed. 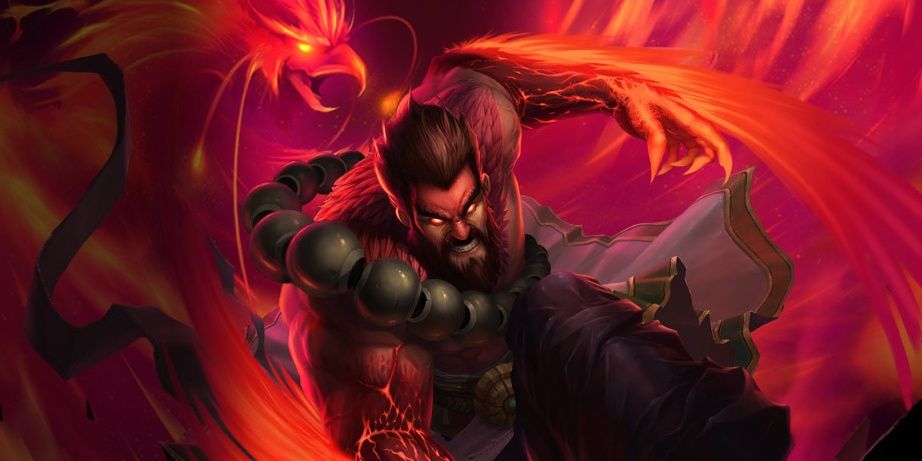 When Turbo Chemtank is completed, Udyr becomes an absolute menace for opposing Junglers to deal with due to his high AOE damage from Phoenix Stance and near uncatchable movement speed. When Sett completes Turbo Chemtank his engagement potential gets better but his Jungle clear stays relatively similar.

At no point in the game is Sett ever a counter-jungling threat, let alone a menace. Ganking when playing champions such as Sett, whilst playing against an Udyr, is an extremely risky endeavor because oftentimes the Udyr player will take an uncontested neutral objective or an entire side of camps for the attempt. Thus Udyr retains his role as king of the jungle.

NEXT: Wild Rift Is Better Than League Of Legends In Almost Every Way 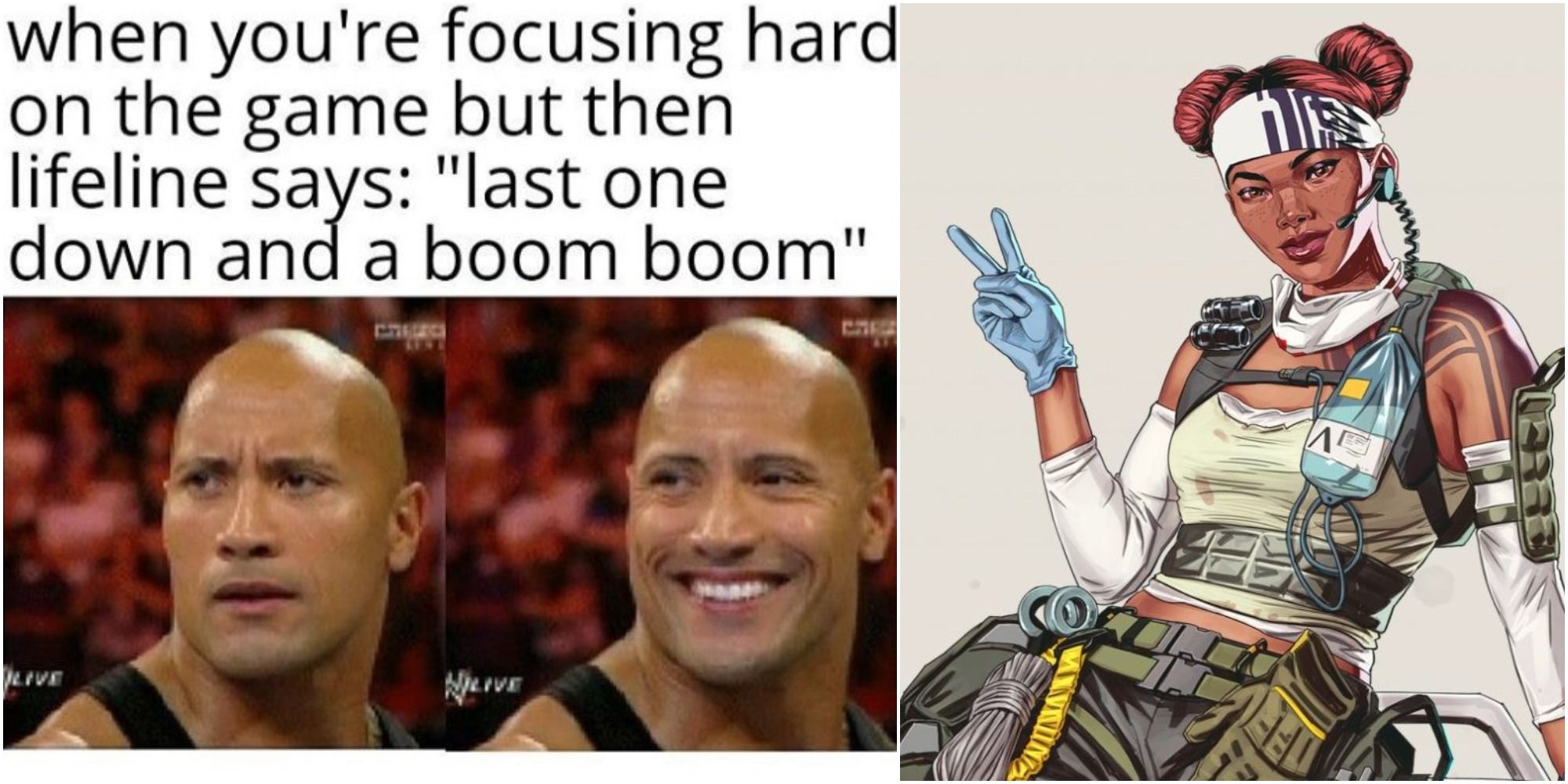 Graves Black is a writer, producer, League of Legends e-sports enthusiast, and self proclaimed movie wiz. In 2019 he graduated from York University in Toronto, Canada with a degree in Cinema & Media studies and has been pursuing a career in the videogame industry ever since. When he is not grinding out solo queue in League of Legends or obsessing over competitive play (GO TSM!), he enjoys watching films with his family whilst unabashedly critiquing aspects of the mise-en-scene among other varying stylistic choices.